Take note that fish, whatever part, is prone to contaminants and spoilage. Before you give your cats some leftover fish skin, make sure that it’s still safe for consumption.

The rule is this: if you can’t eat it, nor should your cat. Still, moderation is necessary since your cat needs to eat more meat-based meals to support its growing body.

The concern about fish skin actually boils down to how it is prepared. Adequately cooked fish skin with no spices are usually safe for cats.

Still, you should check with the vet if your kitty has allergies to certain types of fishes and its skin. Do cat taste spicy food. 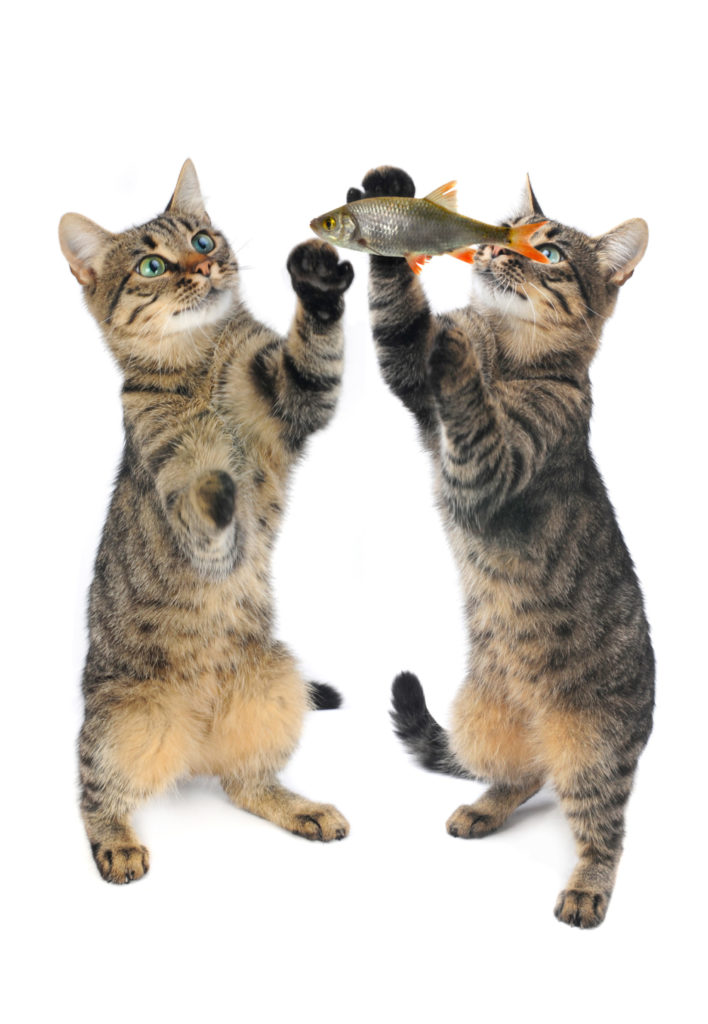 Unlike what many believe, skin fish is very edible and can be given to cats from time to time. As long as it came from a non-toxic fish, there shouldn’t be any problem.

For example, salmon skin is very nutritious and will give your cat an added dose of wellness. It contains loads of Omega fatty acids that boost your cat’s coat health.

Cats love fish skin because it’s smelly and very tasty. However, if the fish skin has a foul smell and starting to spoil, you should dispose of it instead of giving it to your kitty.

However, you have to be careful because some fishes are known to contain heavy metals. Also, fish is rich in histamines, compounds that can trigger allergies. Histamines are good since it wards off inflammation, but for cats with sensitivities, the fish skin may trigger a harsh effect.

Aside from that, fishes caught in the wild can be exposed to high toxins levels as they swim. Pesticides are a common concern since they can stick to their skin and meat.

Lastly, some fishes like swordfish and salmon are notorious for heavy metals like magnesium and mercury. While small amounts won’t kill a cat, you should still observe modesty to prevent any untoward incidents when feeding skin fish to your pet. These reminders also apply to humans.

One time, Watson got out and came back from the neighborhood with a whole fish bone leftover in his mouth. We’re worried that the fish bones would get stuck in his throat or prick him as it does with humans.

According to the vet, cats don’t usually experience problems eating small fish bones. In case it irritates their throats, they will just regurgitate to remove it. 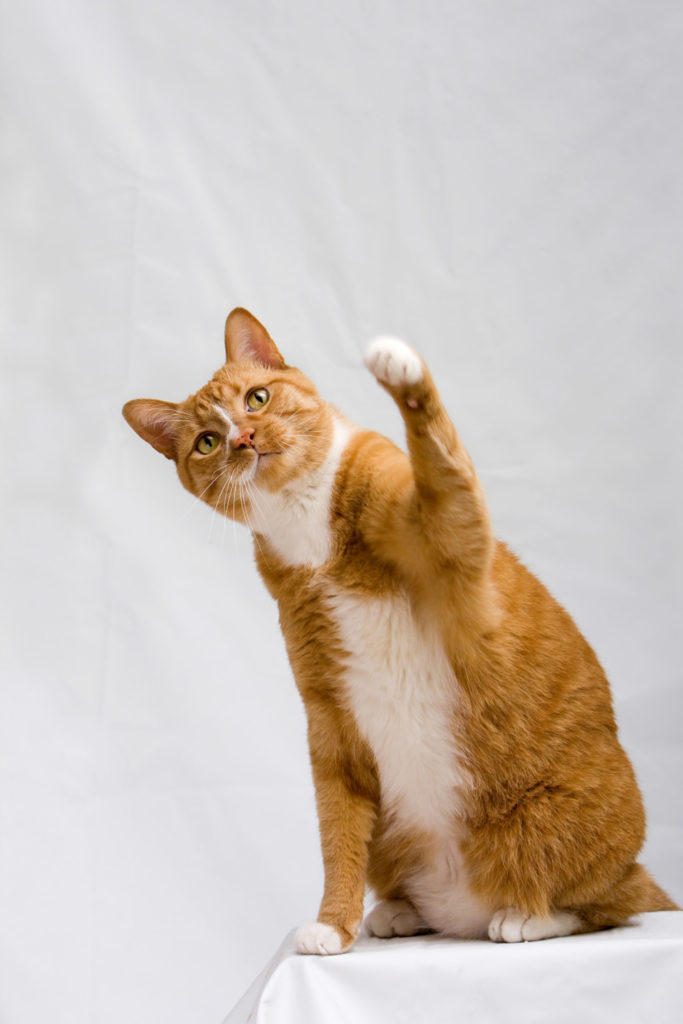 However, if we’re talking tuna fish bones and other bigger fishes, it’s best to remove it before giving the skin or meat to your cat. Fishbones are hard and can be a choking hazard, especially for a small cat.

To be sure, it’s best not to feed your cat fish bones. Settle with fish skin and meat and dispose of the scraps.

Salmon skin is safe for cats as long as it’s cooked properly. Usually, salmon skin is as healthy as the meat, which your cat will also like.

However, you shouldn’t give salmon skin or meat to your cat too often to prevent mercury poisoning.

Aside from that, salmon skin should only be a small part of your cat’s diet.

Cod skin is safe for cats as long as it’s cooked and given in small amounts. Like salmon, cod contains mercury, which can cause poisoning if ingested in large quantities.

Remember that excessive mercury can cause neurological problems, which will manifest as weird behavior among cats. 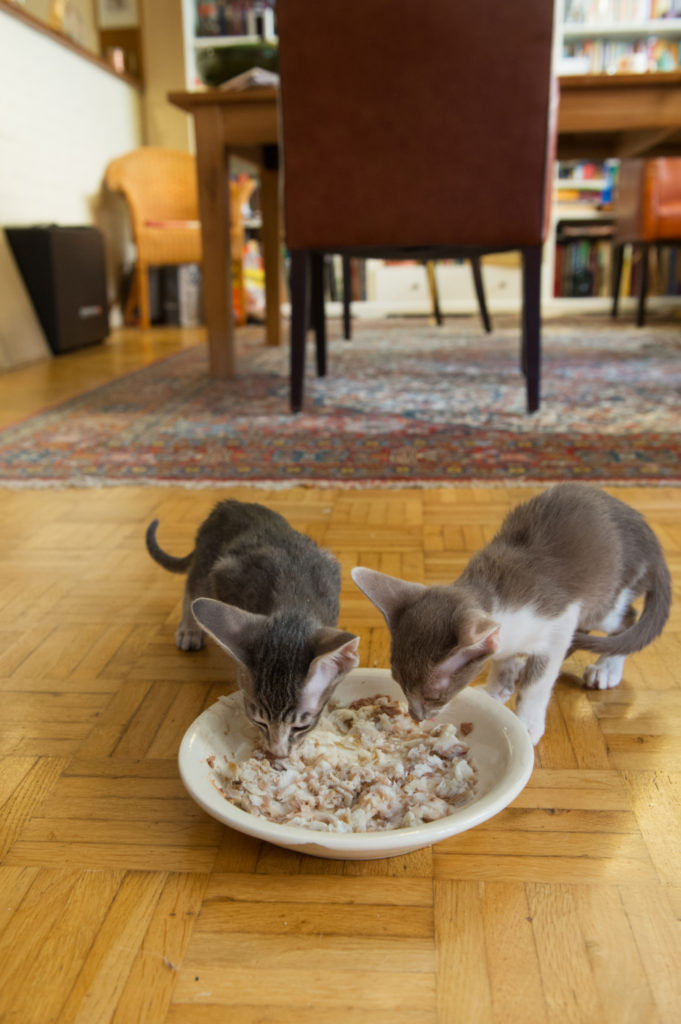 Aside from fish skin, you can also five cod fish meat to your cat. It’s a good source of Omega-3 fatty acids and useful minerals.

It also contains healthy fats while being low in calories.

Just make sure that you cook everything, including parasites, bacteria, and contaminants that may upset your cat’s stomach.

Feeding a cat with live fish isn’t advisable as it could have parasites and bacteria that would wreak havoc on your cat’s tummy. Some cats won’t even touch the living fish since it’s undesirable to eat. Also, bottom feeder fishes are not good to taste because they ingest a lot of mud and dirt.

Also, the fish could be exposed to chemicals that are harmful to cats. To be safe, it’s best to clean and cook the fish and its skin before giving it to your cat.

It’s important to know that some fishes contain very high levels of thiaminase when raw. Thiaminase is a substance that breaks down Vitamin B3, which can lead to serious deficiencies. Some fishes with high thiaminase levels when raw are sardines, mackerel, skipjack tuna, yellowfin tuna, whitefish, melt, white bass, and chivies. Please read here can cat eat chivies

As much as possible, choose oily fish to give your cat. Such oil is teeming with Omega fatty acids that boost your cat’s overall health. No matter what your choice of fish is, it should be cooked properly.

How to cook fish for cats

Proper fish preparation is important, so your cats will reap the nutrients without the frills. Also, fish are notorious for contamination, so you have to observe proper cooking, so both the skin and meat are suitable for consumption. 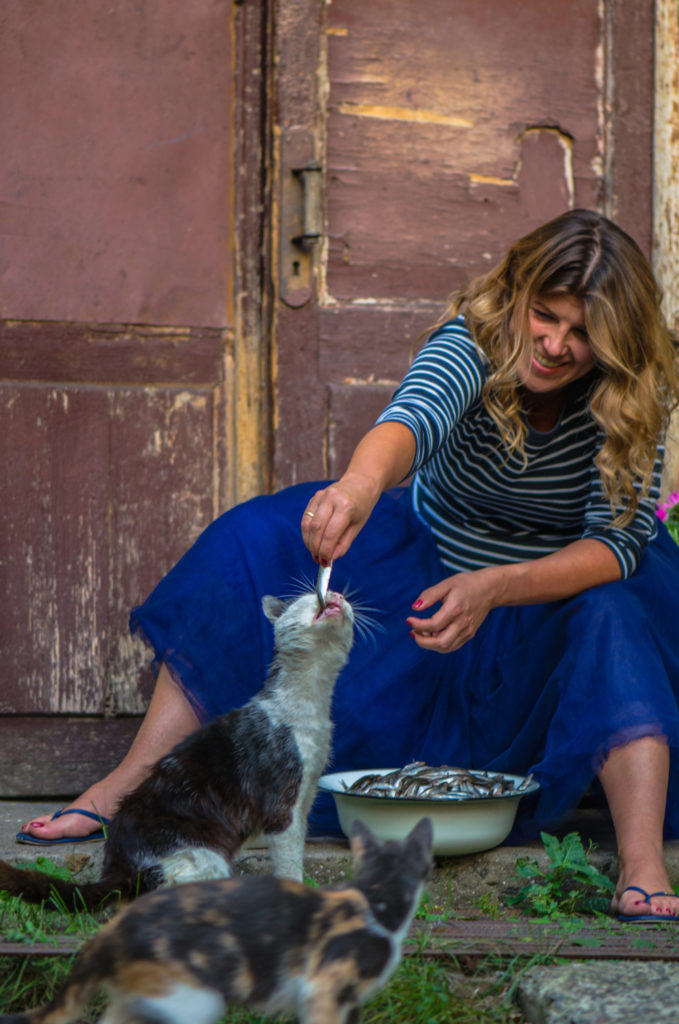 Baked. The best way to cook any fish meat or skin for cats is to bake it in the oven. This way, you no longer have to add oils or any caloric ingredients. Wrap the fish skin on parchment paper with a layer of aluminum foil to trap the heat. After that, bake it in 400F for about 5 minutes or until tender.

Fried. If you’re preparing greasy fishes like tuna or salmon, you can fry it without oil. I recommend using a non-stick pan for this purpose. This works well for both the fish skin and meat, which your cat will find irresistible.

Steamed. Steamed fish is also good for cats, but it may not be as palatable as baked or fried ones. Anyway, it’s all about what works best for your cat. Just make sure that you steam it well to kill bacteria and other contaminants.

Can cats eat fish skin? Yes, but always in moderation and with proper preparation. Remember that your cat’s diet should consist mainly of complete and balanced cat food. Cooked fish skin should only be given as a treat sparingly. If you want to give your cat some tasty treats, you can buy one that’s made especially for felines.