It’s a fact that dogs have a different digestive process than humans. Dogs will eat dirt and poop without getting sick, so we can’t help but wonder, can dogs eat spoiled meat? While dogs have very acidic tummies, it’s not advisable to feed your pet with spoiled meat. The bacteria on the spoiled meat can wreak havoc on your dog’s stomach, which can lead to an emergency visit to the vet.

Can dogs get food poisoning from spoiled meat?

While dogs’ tummies are designed to kill contaminants, it doesn’t mean that they are invincible. Spoiled meat will upset your dog’s stomach and cause severe reactions if ingested in large amounts.

Over the years, dogs have adjusted to the resources in the wild. This means they can survive even if their food source is not the freshest. Also, a dog’s digestive tract is short, so bacteria won’t have enough time to spread and cause severe irritation in a dog’s tummy.

Still, dogs are susceptible to food poisoning. This can happen if the dog eats spoiled meat that’s reeking with bacteria and microorganisms that will upset their stomach.

Food poisoning in dogs can be very harmful because it will trigger explosive diarrhea. And if diarrhea isn’t addressed within 24 hours, the dog may succumb to dehydration and eventual death.

Aside from diarrhea, dogs that are suffering from food poisoning will experience vomiting, abdominal pain, fever, and drooling. It’s critical to bring your dog to the vet once it shows such symptoms after eating spoiled meat.

Botulism is a condition that causes paralysis due to Clostridium botulinum bacteria. This bacteria thrives in animal carcasses and spoiled meat with poor storage conditions.

As the meat decomposes, the bacteria reproduce rapidly until it’s enough to cause food poisoning. Once your dog consumes the spoiled meat with Clostridium botulinum, it will suffer from paralysis and other life-threatening symptoms.

The good thing is that botulism is rare, but that doesn’t mean it will not happen to your dog. It’s best to dispose of spoiled meat instead of giving it to your pet. Note that botulism can be difficult to diagnose, making it very deadly, especially for small canines.

If you feed your dog with spoiled meat and you suspect that it has botulism, you should check the following symptoms:

The bacteria that cause botulism will spread all over the dog’s body and bind with the nerves, which will lead to paralysis. Hours after your dog ate the spoiled food, initial signs of paralysis will set in. It includes difficulty swallowing and physical immobility. If not addressed, the bacteria will attack the lungs, and your dog won’t be able to breathe without a ventilator.

While food waste can be a problem in your household, never treat your dog like a garbage disposal. Spoiled meat is no longer suitable for consumption, even by your dog.

Dogs can eat raw meat only if it’s fresh and not spoiled. Raw meat is difficult to serve because it’s prone to contamination, which will upset your dog’s tummy.

But what if my dog likes to eat the spoiled meat? Well, dogs don’t have the same level of intelligence as humans, so they don’t know that spoiled meat can make them sick.

As much as possible, stick to dog food to prevent any complications. If you think that spoiled meat is such a waste, you can use it in different ways. You can chop it then bury it in your mulch. However, make sure that your dog won’t have access to it to prevent the consumption of the meat.

But if the spoiled meat is in large amounts, it might be best to dispose of it in the garbage. You should wrap it properly so your dog won’t scavenge it later on.

Can dogs get sick from eating rotten meat?

Rotten meat is a no-no even for dogs with hardy stomachs. The fact that it’s already in the decomposition stage means it’s not suitable for any consumption methods. Your dog will surely get sick when they eat it.

Remember that you have a domesticated dog and not a wolf in the wild. Sure thing, you will save some bucks from dog food, but it will cost you more in vet care in the long run.

Food poisoning in dogs is a serious matter. If your dog is left untreated, it will eventually die. You’ll never know what parasites, toxins, bacteria, and contaminants are in the rotten and spoiled meat.

Can my dog eat spoiled raw meat if I cook it?

This is a tricky question, and a lot of pet owners think that it’s okay. Spoiled meat is still spoiled meat, regardless if it’s cooked, rinsed, or raw. The taste will tell a lot about the condition of the meat.

Dogs with sensitive stomach will easily experience harsh symptoms even if the spoiled meat is cooked. Most meat contaminants like salmonella and E. coli die when cooked. However, if the meat is ground, there’s a chance that traces of the bacteria will survive because it’s more distributed as compared to a large meat chunk.

This is the reason why spoiled meat must be disposed of. Your dog doesn’t have to suffer from the consequences of your cost-cutting.

What to do if your dog ate spoiled meat?

If your dog accidentally snacked on spoiled meat, you should observe it in the next hours. Some dogs are lucky enough to go by without any symptoms. But if your pooch becomes weak, it should prompt you to call the vet. The veterinarian will advise if it’s time to bring your dog to the clinic or if you can perform home remedies.

It’s best not to give your dog any treats for the meantime. Stick to its dog food and see if it will exhibit any possible sign of poisoning or even botulism.

Raw and fresh chicken meat is fine for dogs. It’s chewy and rich in protein. However, if the chicken meat is already spoiled, you shouldn’t give it to your dog, regardless if you’re planning to cook it.

You’ll know that the chicken meat is already spoiled when it’s already tacky, sticky, and has a bad smell. This will be the same, even when cooked.

Never taste meat just to check if it’s spoiled. You may end up getting sick because of the bacteria. Just look for physical signs since it’s easy to identify.

How long does meat last before getting spoiled?

Raw meat should only be kept in the fridge for a few days. For ground meat, it should be consumed within one to two days, while fresh cuts can be stretched up to five days.

Take note that the longevity of the meat product depends on how you store it. Meat should be stored in at least 40F or below to prevent the proliferation of bacteria.

Meat products like sausages, bacon, luncheon meat, and hotdogs can last in the fridge for up to four weeks. However, it’s not ideal to store too much meat if you can’t consume it right away. Spoilage will occur, and you’ll end up with lots of wasted food.

Your dog may also scavenge it in the trash, which can lead to food poisoning or even botulism.

Dogs have a highly acidic digestive system that allows them to neutralize irritants. But can dogs eat spoiled meat? No, spoiled meat isn’t suitable for consumption, be it for humans or canines. It can cause food poisoning and other complications that will compromise your dog’s life. If you have spoiled meat, you must dispose of it properly and not allow your dog to ingest it.

In the long run, it’s much better to throw away pounds of spoiled meat than paying for hefty vet bills. 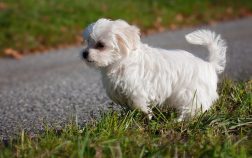 What is the hardest dog to potty train? Topping our list is Bichon Frise, followed by the Afghan Hound, Pug, Dalmatian, Pekingese, and more. … Read More 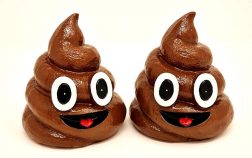 So you’re walking in your living room when you suddenly stepped on a gooey and moist matter. And as the smell wafts to your … Read More 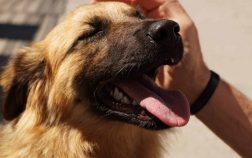