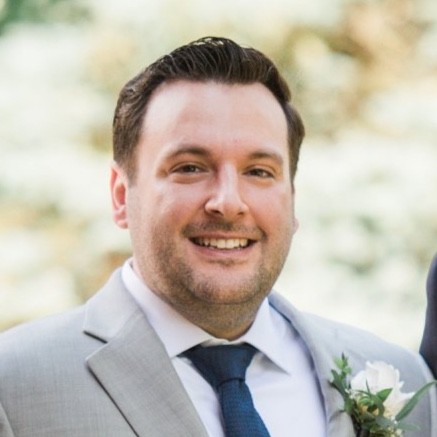 Dogs are known to be as a “man’s best friend,” but there are instances where their behavior could put someone in grave danger, such as their powerful barks: can injuries from dog barks result in owner liability?

Yes, a dog owner can be liable for an injury caused by their dog’s bark if it is the proximate cause or the substantial factor for the incident to happen.

Barking is a dog’s way to communicate, to show their emotion or maybe authority. So, never expect a dog not to bark; it’s just like thinking a child should never talk. Even if you know your dog as a “good boy,” you can’t just avoid it barking at someone, resulting in “dog fright,” which sometimes results in accidents.

Keep on scrolling to further understand the topic.

Table Of Contents show
An Incident From Dog Bark
Did negligence cause the injury?
How Can Someone Prove A Dog Owner’s Negligence?
Using of chains and warning signs
Knowing the breed of their dogs
The dog’s past behavior
The owner’s violation of the law
Negligence Is Not Always The Case
No duty of care; no sign of negligence
Speaking With An Attorney Now
9 Laws A Dog Owner Should Know
#1. Vaccination for your dog
#2. Pet waste; clean it up
#3. Pets on leashes laws
#4. Canine licenses
#5. A strict liability dog- bite statutes
#6. The “One Bite” rule for dogs
#7. Barking dogs
#8. Lots of dogs might be a problem
#9. Other dog laws
Conclusion

An Incident From Dog Bark

As a pet owner, you should be aware of possible scenarios that might cost you a lawsuit, just as what happened in the case of Henkel v. Jordan, 644 P.2d 1348 (Kan. Ct. App. 1982). The incident occurred when the Henkels, with their bikes, passed by the Jordan house in Kansas.

As he saw the 62-year-old man biking, their dog, Peanut barked and came running up to him out of the corner of the man’s eye; frightened, the man instantly made an evasive turn to get away from the dog.

The dog was considered a “pest” in the said neighborhood because of his barking that would be menacing. Unfortunately, the old man lost control and flew over the bike’s handlebars resulting in broken hips, broken clavicle, cuts, and abrasions all over his body.

He was admitted to the hospital for three months to recover from a concussion. The issue here is whether or not the defendants are liable for the injury caused by their dog?

Yes. This is considered a “dog fright” case wherein the accident occurred because the plaintiff got scared of the defendant’s dog, leading to injury.

There is negligence on the part of the defendants as they allowed their pet to run loose despite their knowledge that their dog usually chases vehicles and passers-by in a menacing way.

A jury in Kansas agreed too.  After a full trial, the jury awarded the plaintiff compensation for his injuries and medical bills.  The defendant objected and moved for what is known as a directed verdict.

This is an application to the court that the jury’s decision does not match the evidence and the court should issue a new verdict in the movant’s favor.  The defendant’s complaints were largely on the grounds that the court’s instructions allowed the jury to find the plaintiff could suffer an animal attack without any contact.

The trial court disagreed and upheld the jury’s verdict.  The defendant appealed to a higher court.  Defendant argued regarding their liability will only be applicable if the dog had physical contact with the plaintiff and got bitten.  The appellate court disagreed and found the trial court’s instructions were proper and the jury’s finding of liability for an animal attack without contact is just under Kansas law.

Essentially, the court found the plaintiff could maintain a cause of action for the injuries he acquired because of Peanut’s powerful bark resulting in personal injuries. Thus, the defendants are held liable for the injury caused therein.

From what you have read, victims will not hesitate to sue you or try to have you liable to get compensation for the damages or injuries your dog could have made.

But, how can injuries from dog barks result in owner liability?

Did negligence cause the injury?

Peanut was a cockapoo, part cocker spaniel, and part poodle that always bark at passerby and dashing at them, which most people find threatening. Since the owners would let the dog run loose, two neighborhood women who would walk past the Jordans house had a frightening encounter with the dog to the point where they have to take an alternative route.

And three days before the plaintiff had an accident, the lady next door found peanut “cornered” a little girl crying because of the dog she rescued. Although the dog has never bitten anyone, he became a menace to passersby, which the owners should be aware of by now.

So, did the negligence cause the injury? Because of the dog’s history, it was allowed to run loose despite its behavior; the dog owner must be liable for the plaintiff’s damages.

How Can Someone Prove A Dog Owner’s Negligence?

Aside from these “elements,” the court may look for other pieces of evidence to prove that a dog owner is negligent: whether the victim’s injury was “reasonably foreseeable.”

Some factors can affect the decision of the court whether the dog owner acted reasonably or not, that includes:

Using of chains and warning signs

The court would consider that a dog owner performed reasonable precautions if the dog, confined inside a fence with a “Beware of Dog” sign, placing such signs is essential to warn other people from dogs, so they don’t get scared. please read here beware of dog sign law.

But there are instances where signs or warnings may not be necessary, just like the case where a guest fell stairs after she got scared of the host’s dog that growled from another room.

The court found the host was not liable for his guest’s injuries since the dog was inside a room, which is a reasonable precaution that doesn’t require any warning.

Knowing the breed of their dogs

Some breeds are territorial, making them aggressive towards strangers. So, if the owner knows about it and doesn’t take special precautions, the court could consider negligence.

But generally, a dog’s breed alone is not sufficient to create liability—the law does not see any automatic “bad dogs” and loves all dogs equally!

But there are some states that warn owners that certain breeds may require a higher level of care to prevent injuries to others because those dogs have a propensity to bite. please read here non bite injuries from a dog liability

But by default, the law sees every dog for who they are—man’s best friend.  No dog is automatically deemed bad.

The dog’s past behavior

The court will usually look at your dog’s past behavior to see if much care is reasonable. Yet, in some states, even if your dog doesn’t have a history of showing aggressive behavior towards other people, you can still be found negligent.

For instance, when a dog has a history of barking at passersby, chasing them, or the case above, a cyclist was chased and fell. The owner was found negligent for allowing their dog to run loose with its behavior.

In contrast, there was a case where a dog owner was not found negligent for leaving out cinder blocks where the dog was able to reach the top of the fence and bit someone’s finger.

The dog has no history of showing any vicious tendencies, and it was behind the fence, so no special precautions were required.

The owner’s violation of the law

Lastly, dog owners are responsible for their dog’s actions; after all, it shows how you raise your pets.

If a dog injured someone because of their owner, it evident that it is negligence, and the court will indeed hold you accountable, as long as proved with pieces of evidence.

For instance, if a dog owner let their dog run loose around the neighborhood by violating their local leash law, the court will see it as negligence if the dog bite or hurt someone because its owner didn’t abide with the state’s dangerous dog law.

Negligence Is Not Always The Case

It’s not always common for victims of dog-bite to claim liability from dog owners only on negligence. In most states, “strict liability” laws are implemented, where dog owners are automatically liable for dog-attack or dog-bite injuries.

In some states where strict liability doesn’t apply, victims would usually claim dog-attack liability from dog owners based on negligence. If the state only covers dog-bite related injuries, damage due to a dog jumped on someone might not always be compensable.

And for states that make use of the “one-bite rule,” dog owners are liable for the victim’s injuries if they knew or should have known that their dog had vicious propensities to bite or tendencies to cause harm.  If there was no prior bite, liability is not likely in these states.

In contrast, New York and Alabama are different.  They have what is affectionately known as a modified “one bite” law.  But in New York, this law does not come from statutory law (made by the Legislature), but from over two centuri