In fact, it is typical for rabbits to get scared quickly, and they play dead every time that happens.

That is because rabbits will do everything it takes to avoid potential danger. 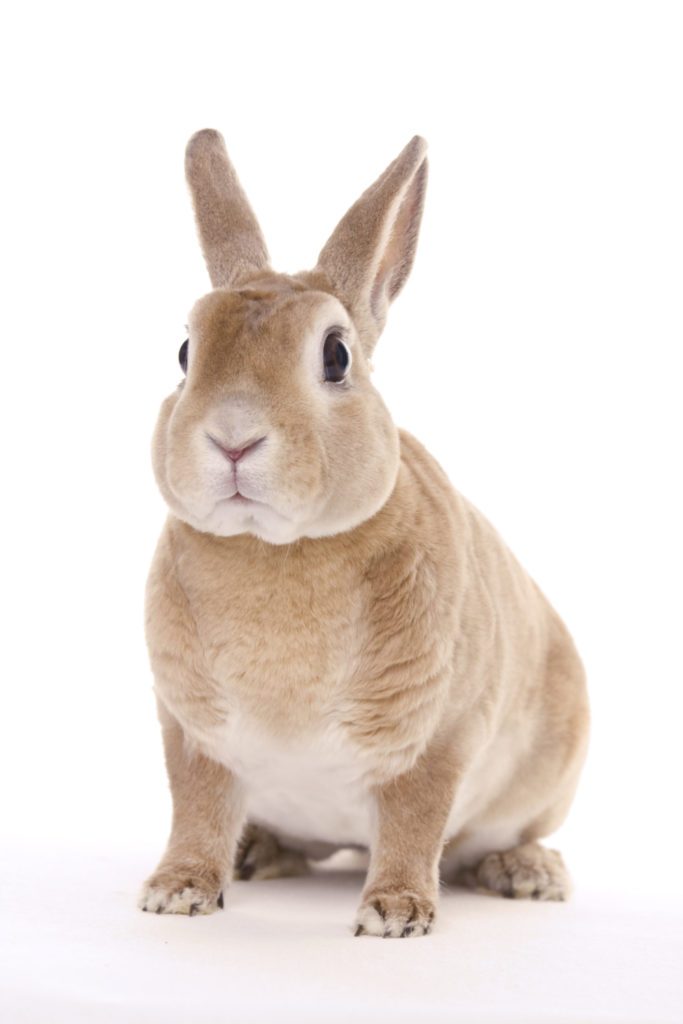 When needed for a particular circumstance, rabbits can play dead by lying on their back and remaining still.

Sometimes you might even think that your bunny is dead, even when it is just sleeping.

One time, I was scared to see my pet rabbit, Thumper. I thought he’s dead, but not. He’s just making fun, I guess.

But you will know the difference once you hear them click their purr or teeth.

It means they are only sleeping in such a case because a terrified rabbit won’t make a sound. Please read here how to mute rabbit chat sound

That’s when I knew Thumper was just afraid (I was holding a puppy at that time).

Why Do Rabbits Play Dead?

Playing dead is a part of a rabbit’s defense mechanism, especially when they are in a state of terror.

They would just lie down on their back without moving a single muscle for a few seconds or minutes. 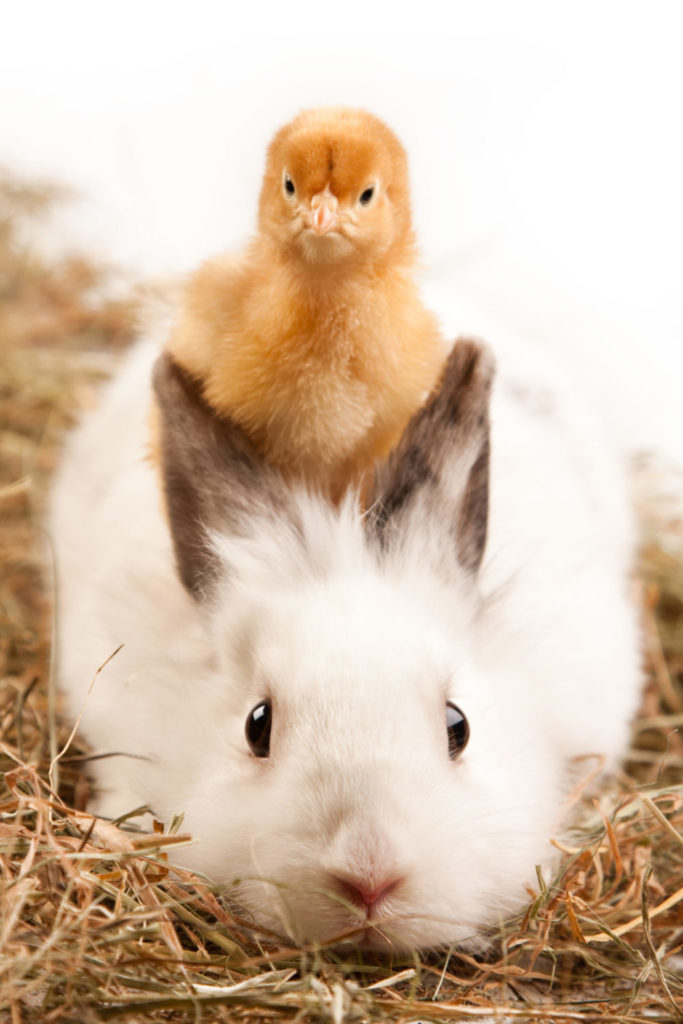 This only means that playing dead is just natural for rabbits.
One thing that can frighten rabbits is unwelcomed handling.

If possible, a rabbit wants to stay on the ground, so when you try to pick her up, it can scare them.

She will automatically play dead when she is so scared of the sudden lift for you to put her back on the ground.

After you do so, you will see your rabbit fleeing away.

Will Rabbits Play Dead When A Predator Attacks?

It is a rare scenario that rabbits will play dead if they sense a predator coming.

They have a strong instinct to fight if needed.

Much more, they know that playing dead will only make them an easy target for predators. 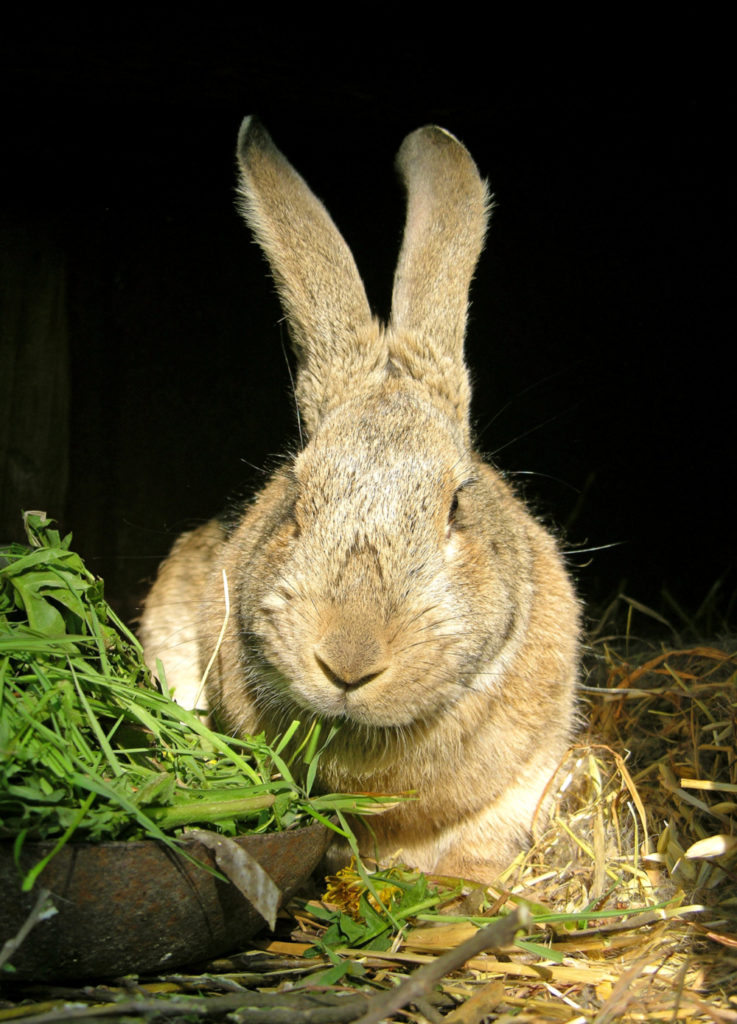 So when they are cornered, they will choose to fight for their life.
Although rabbits are frail and small, they can also be challenging when the situation demands.

They usually stand on their legs and use their claws to fight the opponent through boxing and scratching.
In some cases, when a rabbit senses danger, it will just run for her life. Most rabbits are confident that they can outrun predators.

However, some desperate situations can push a rabbit to play dead, hoping that the predators won’t see them and pass by them.
Rabbits are wise; they will even dive underground to keep themselves protected.

But they know as well that when they are found, the predators will eat them for sure.

So in the wild, playing dead is not an adequate defense.

Do Baby Rabbits Play Dead Too?

Playing dead is a part of a rabbit’s behavior and custom. Mother would teach this habit to their offspring.

So baby rabbits might as well play dead. This is either done to imitate what the older rabbits do or due to their instinct. Learn here how to tell if your baby rabbit are dead

It sounds funny, but it’s certainly very useful for them. Besides, they look cute when they do that.

In general, life is terrifying for baby rabbits. This includes new experiences, loud noises, and of course, they would be terrified of other pets you have at home.

The baby rabbit will have to do everything to cope up with its fear.
But you should be mindful when they play dead. Because sometimes, they might not just be playing dead.

It is recommended that you wrap the baby rabbit in a blanket and when it starts moving again, put it back on its nest.

What Is Trancing A Rabbit?

Many thought that doing so will hypnotize and relax the bunny, but it also scares the rabbit in actuality.

Some rabbits even had a heart attack while being tranced. 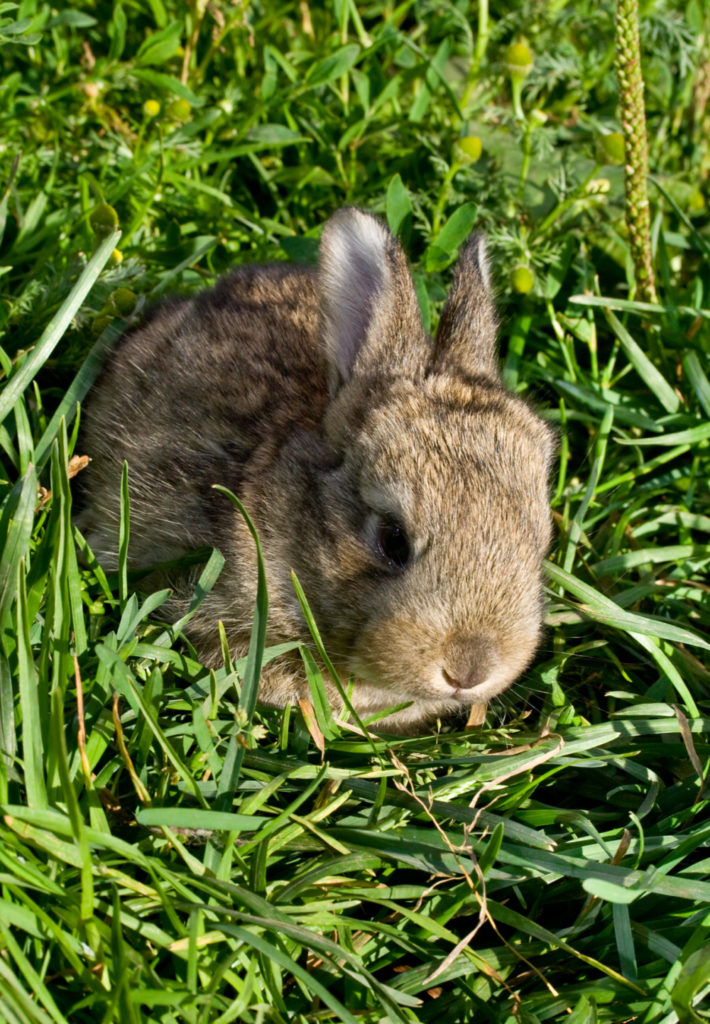 So it is recommended that you perform a trance for an emergency. Use this as a last resort.

Just like, for example, when your bunny is bleeding or when you have to apply a bandage, but your rabbit is not remaining still.

Now, if you think that you really need to perform a trance, here’s how you should do it.
First, you should put a soft blanket or towel into your lap.

Then, lift your bunny and turn her over as you hold her in your arms. Make sure to be gentle when doing this.

Now your fluffy friend is lying on her back, check whether its bottom is high than her head; if not, adjust its position.
Naturally, your pet will fight this first, so you need to do things that can calm her.

You can make use of soothing speech and other petting tricks.

Perhaps, the ways on how to calm a kitten can work too.

Not long after this, your bunny will already be under a trance. In such a case, the rabbit will not move completely.
You have to do everything you have to do as fast as possible because even if the rabbit seems calm, it is actually terrified of its senses.

When you are done, you should still keep hold of your pet. After about 10 minutes, the rabbit will leave the trance, and it will feel like it is exploding to life.
You have to reassure your scared friend and gently put her back on the ground.

You may also try to offer her a treat. But remember, she might not allow you as she is still afraid, do not insist.
Also, take note that trancing is not recommended for baby and older rabbits and those who are having health problems.

They do not have the heart that can cope with stress brought about by trancing.

Much more, they are also the ones that tend to suffer from cardiac arrest.

Identifying the difference between playing dead or deep sleeping can be challenging.

When the rabbit is sleeping with closed eyes, it does not look different when she is under a trance or playing dead.

You have to listen carefully for any sounds of purring or clicking of teeth.

This signifies that the rabbit is contended and relaxed, meaning to say she is sleeping.

You can also look out for twitches on the face or body of your bunny.

If your pet jerks or twitches, that would also mean that she is just sleeping. Learn here how to put a rabbit to sleep

Can rabbits play dead? Now, you know that they can.

It is usual for rabbits to act this way when they are terrified; even the baby rabbits can play dead. They do this to protect themselves.