Can rabbits throw up? They can’t.

Well, some people do, but why can’t rabbits, though? In this article, we are going to discuss the reasons why rabbits can’t throw up.

So stay tuned, and let’s begin.

Despite eating cutely and healthy, you won’t often find dirty thrown-up food in your bunny’s cage.

This incapability of vomiting may be a benefit for you, but don’t be too complacent as it affects your rabbits also.

Have you noticed your bunny doing a similar act or throwing up?

There may be fluids and food coming out of your rabbit’s mouth, but those are not vomiting. The rabbits will choke because of the food they eat.

Choking or having too much food could lead to throwing up. It is because your body can’t take in what you ate. Think of it as a way for your body to say no to the foods they don’t like.

It may not look like it, but vomiting and bunny don’t match up because rabbits are not capable of vomiting.

Why Vomiting Is Good?

The question is: Can rabbits throw up like us? The answer is no.

Most mammals, including ourselves, have this involuntary throwing up when we take something wrong or something that our body can’t handle.

Feeling nauseous or vomiting is only natural; it is the way of the body to get rid of the harmful toxins and foods that the body has taken in.

The warning will send it to the brain and nerves resulting from throwing up, but rabbits don’t feel this kind of sensation.

Rabbits are mammals, but they are an exception when it comes to vomiting capabilities. 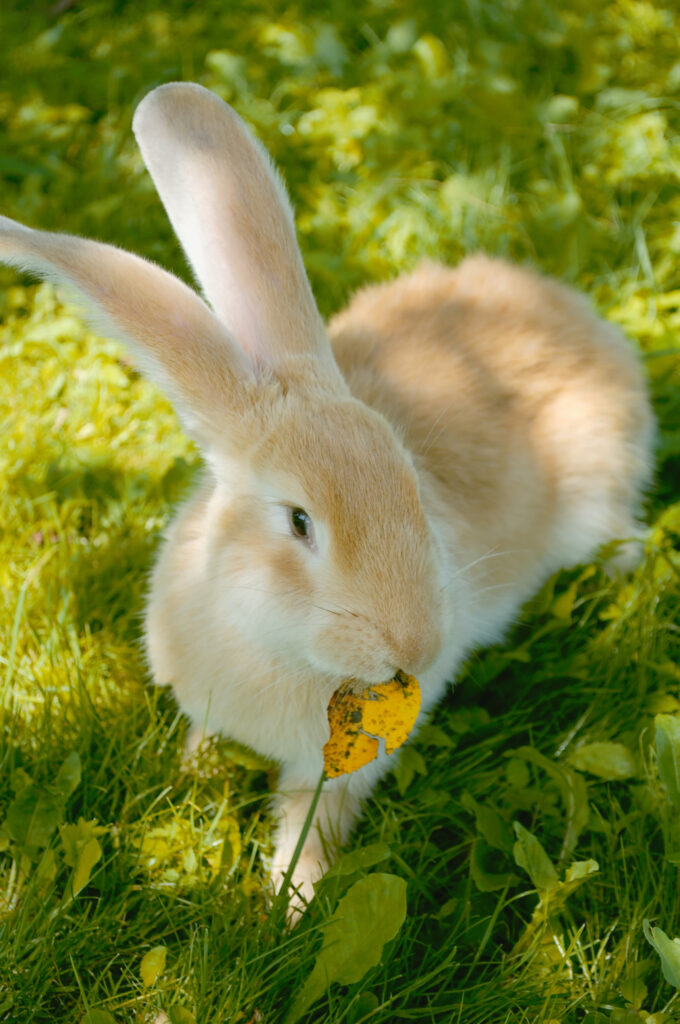 They don’t have that kind of indulgence, so be extra careful about the type of food your bunny eats and the amounts too.

This inability to throw up reduces the rabbit’s survival rate.

Being incapable of throwing up means the toxins and harmful foods or chemicals will stay in their bodies.

Rabbits, on the brighter side, have a high sense of smelling and tasting. They are capable of tasting the food and determining if it is toxic or not.

It benefits them and warns their body to avoid that particular food and prevents them from taking it in their body.

With these enhanced abilities, the capability of throwing up becomes less important.

Evolution favors survival, as they say.

Do Rabbits Throw Up? Why They Can Not?

Do rabbits throw up?

No, they can’t, and here are some of the reasons why.

Rabbits have a weak diaphragm.

The muscles in their stomachs are not strong enough to push back anything undigested.

The structure of their stomach, especially in the cardiac region, has thin walls that disable them to vomit. 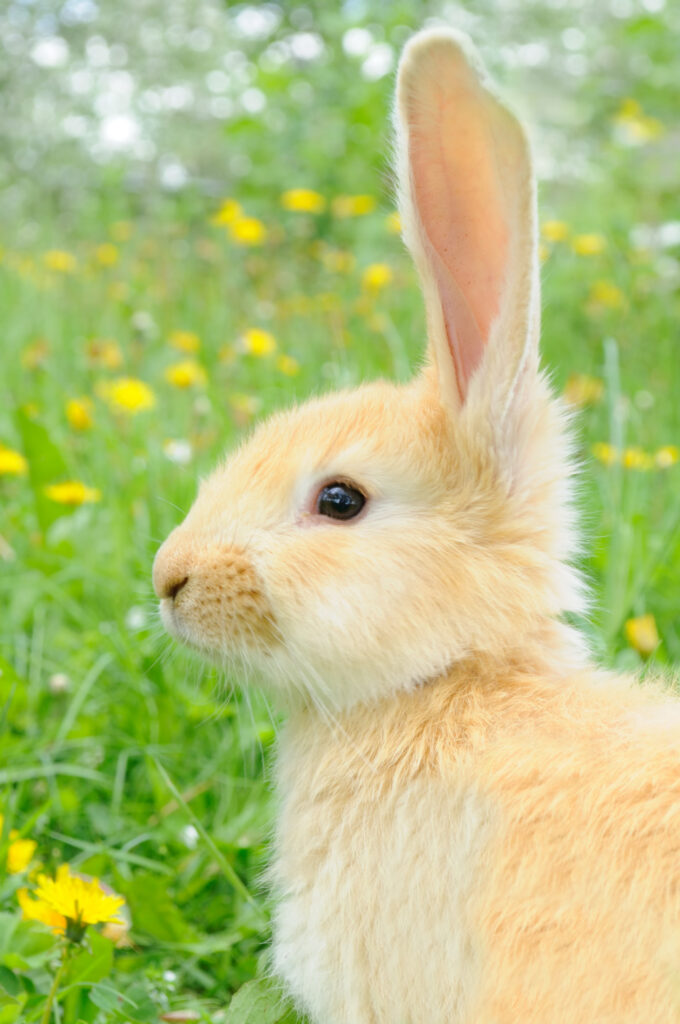 Rabbits are physically unable to throw up or vomit. It is because they lack the muscles in the stomach necessary for vomiting.

Unable to vomit may sound good because you won’t have to clean your rabbit’s cage with all the food scattered and thrown up.

Some research on animals that don’t throw up has shown that when these animals have been given nauseating compounds, there is no mouth, or throat activities observed that are associated with vomiting.

You can conclude that these kinds of animals don’t have nerves that may trigger their throwing up.

But it is not good news.

Not being able to throw up means more risk of intestinal blockage, and they can’t clean themselves of the toxins they might have eaten.

Failure to vomit leaves your bunnies at risk.

Health Problems That Rabbits May Encounter

You may find throwing up quite disgusting, but there are actually benefits to doing so.

Since rabbits cannot do that, here are some of the health problems associated therein:

Lack of the ability to vomit could lead to digestive blockage.

Too much food when rabbits overeat can’t be thrown out of the body and decreases the digestive rate of their body, thus leaving undigested food inside.

It just stays there and causes obstruction.

One of the body’s triggers for vomiting is choking.

The muscles in our throat push the food trapped inside to come out of our bodies. The food will get stuck, and your bunny will struggle to remove it. This is when you need to take action.

A blocked rabbit’s throat means they won’t be able to eat, drink, or even breathe.

Rabbits incapable of throwing up might end up choking to death.

If your rabbits eat something harmful or toxic, they can’t let it out.

That is why poisons quickly kill rodents. There are many other small animals incapable of throwing up. 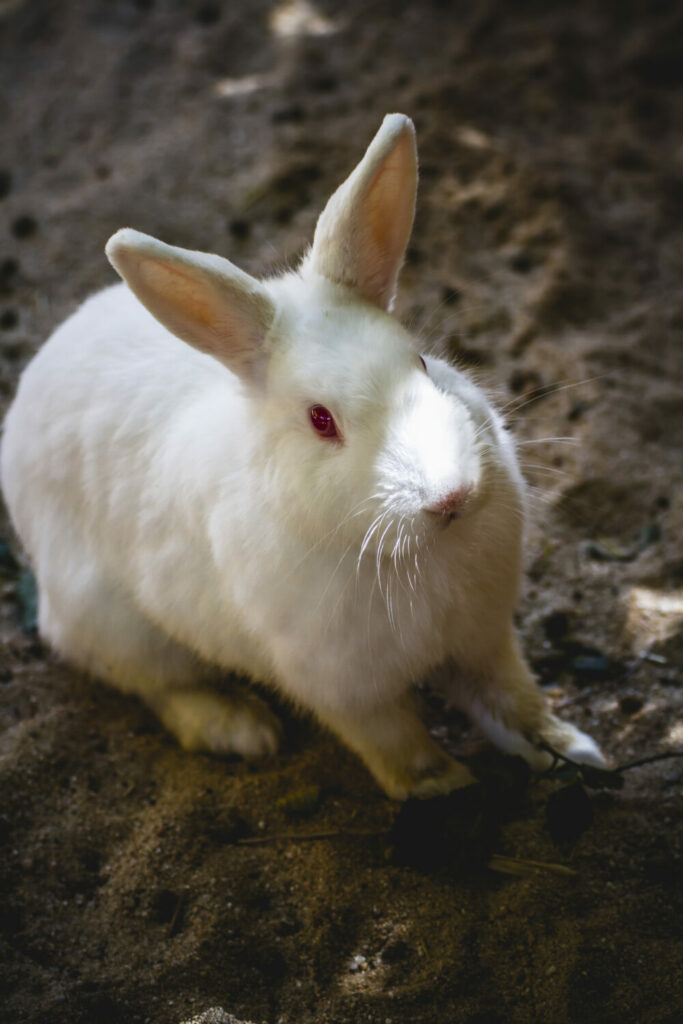 That’s also the reason why as Thumper’s owner, I make sure that I give him safe foods.

When Are Rabbits In Danger?

We can’t understand the animal language, but we can identify if our pets require help through their gestures and behaviors.

In what circumstances should you think that your rabbit needs your help?

If we can’t breathe through the nose, we tend to use our mouth.

The same goes for rabbits.

If you notice that your rabbit’s mouth is open, then something is wrong.

#2. Constant shaking of the head

When you notice that your rabbit is walking backward on hind legs, significantly when their head is tilted back, it means that they are desperately sucking air to breathe.

#4. Bulging around the eyes

If you notice that your rabbits are acting strange and that they have bulging around the eye area, go to their attention immediately. 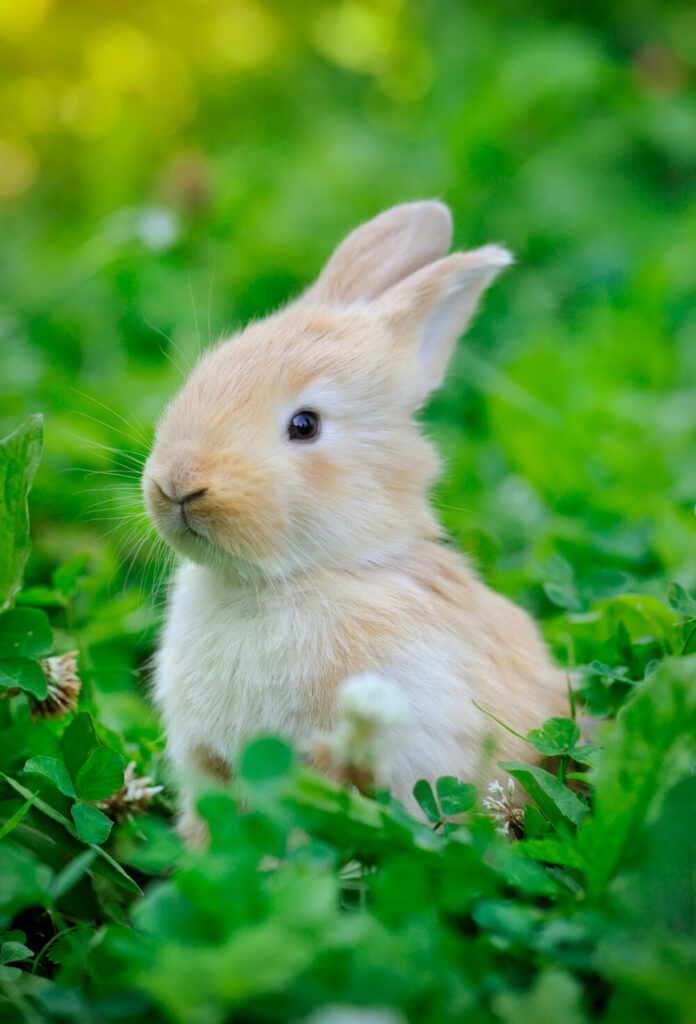 It is the universal sign of a lack of oxygen.

Being alert and knowing the first aid or things to do in times like this is an advantage.

If you notice that your rabbit makes several sounds, most likely coughing, something is wrong. It means that they are choking and need your help immediately.

In any of these cases, never abandon your bunny and immediately seek help.

There are some ways to help your choking rabbit, but it is still best to consult your veterinarian in times of emergency.

What Foods Rabbit Should Never Eat?

The inability of rabbits to vomit puts them at a predisposition to choking or intestinal blockage if they eat something poisonous and unsuitable.  This means you need to be extra careful regarding what your bunny is eating.

Here are some foods that your rabbit should never have:

Can rabbits throw up?

Now that you have confirmed that they can’t, pay attention to their behaviors because it might save them from the inability to throw up.

Having less effort to clean those rabbit cages of your pet rabbit due to their inability to vomit is the last thing you should be concerned about.

These inabilities make your bunnies suffer, so it is best to take outstanding care of them.

Giving them enough food, healthy, and safe to eat is the right thing to do. Never compromise the convenience for your bunny’s safety and security.

We don’t want our pets to die just because we haven’t noticed some different signs that our pet needs help.

Take excellent care of those cute bunny pets you have, and may they grow safe and bright!