Is your dog breathing fast when sleeping? If so, don’t panic yet. It might be a typical case of rapid eye movement (REM) that happens to all dogs and humans. However, you should also consider the possibility of heart problems, overheating, poisoning, and fluid buildup in the lungs.

Take note that this article isn’t meant to scare you. I’m going to discuss the possibilities, so you’ll be more informed about what could be happening to your dog.

The veterinarian is still the best person to consult when it comes to your dog’s specific condition.

Is Your Dog Breathing Fast When Sleeping? Here Are The Possible Reasons

If you’re worried about your dog’s fast breathing (tachypnea) during sleep, you should consider the following possibilities:

Rapid eye movement (REM) is an integral part of quality sleep. Mammals like humans and dogs experience REM, the phase where dreams occur. 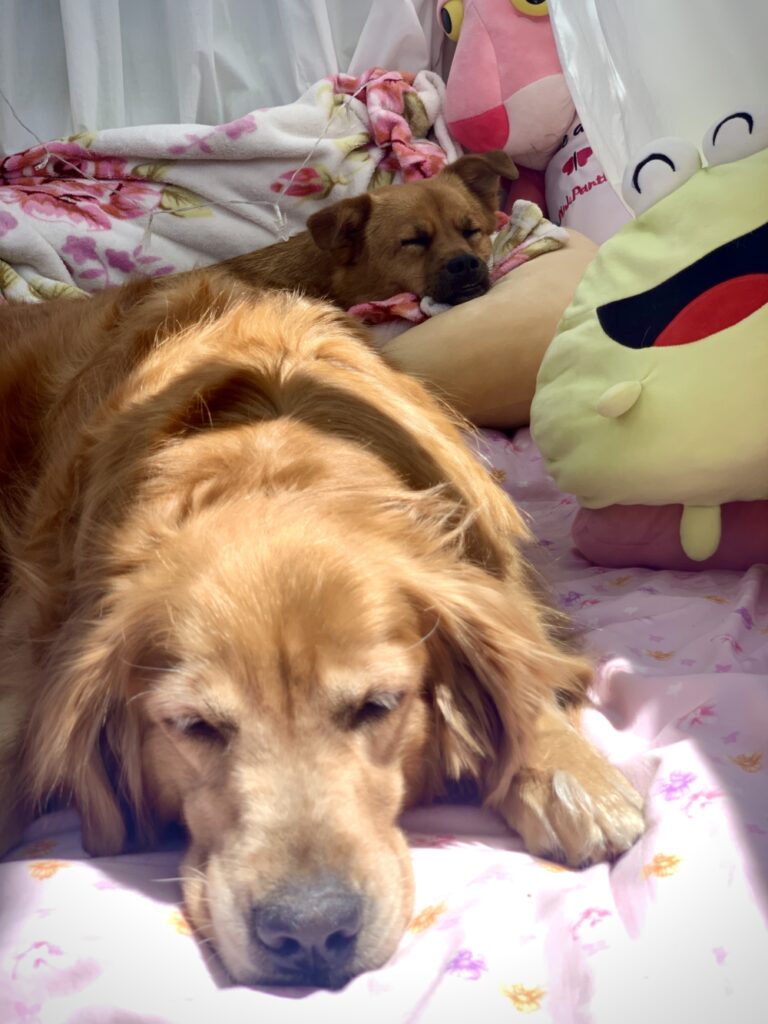 This is a high-activity phase, so your dog’s body needs more energy. They breathe fast to take in more oxygen to keep up with the body’s activity levels. Aside from quick breathing, you will also notice abrupt movements of your dog’s eyelids.

Puppies have a more active REM phase, which means they will experience fast breathing often during sleep. In short, REM-related rapid breathing is normal and shouldn’t be a cause of concern.

Your dog’s quick breathing problem while asleep might be due to the warm environment. Brachycephalic breeds like Pugs, French Bulldogs, Pit Bulls, and Boxers are prone to this problem due to their short airways.

Dogs will breathe faster to cool down their bodies. It can happen even during the canine’s nap. However, you should ensure that it’s nothing but cooling down and not a full-fledged overheating.

If you’ve just taken your dog for a walk and it naps and breathes faster than normal, you should check for a fever. A dog’s body that feels hotter on a warm day might be a sign of heatstroke.

You should help the dog cool down by bringing it to a well-ventilated area. You should also try giving small amounts of cool – not cold – water.

Also, you should avoid bringing your dog out in the middle of a hot day. It’s best to schedule outdoor walks before dawn and after dusk.

On a more serious note, some dogs that breathe fast while sleeping could have heart issues. Increased breathing rate accompanied by weakness, loss of consciousness, and abdominal swelling are signs of cardiovascular disease.

During waking hours, a dog with heart problems will get tired quickly after a short exercise. Some will become reluctant to make large movements since it taxes the heart too much. 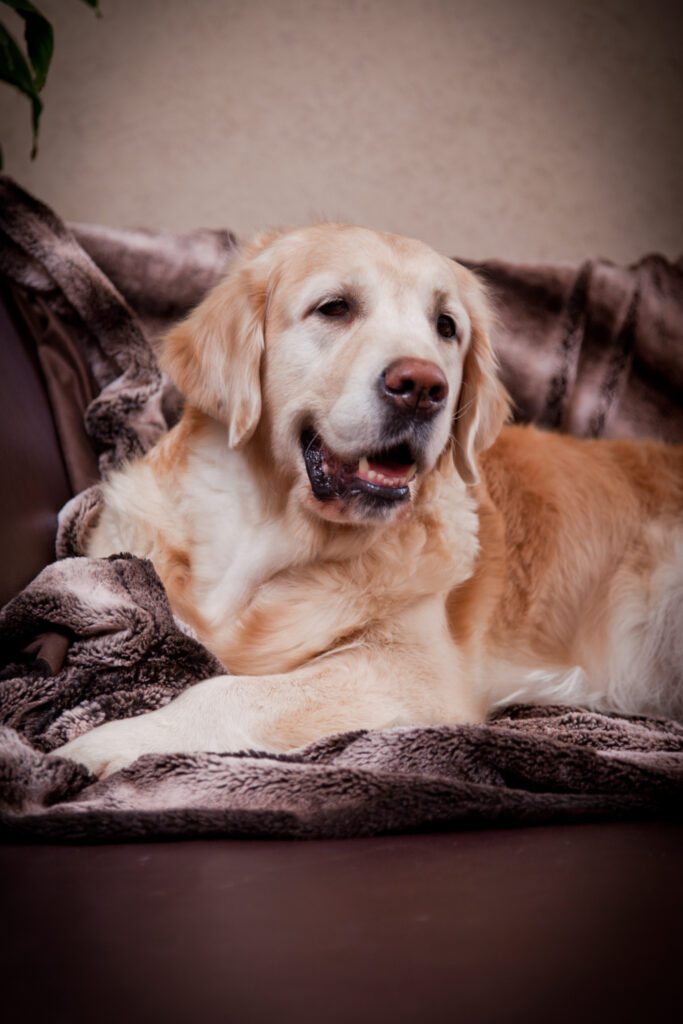 If you suspect that your dog has this problem, you should bring it to the vet right away. The veterinarian will perform echocardiography and electrocardiography to determine any irregularities in the dog’s heart.

When it comes to heart failure in dogs, early diagnosis and treatment are the keys to full recovery.

Poisoning can also lead to rapid breathing in dogs. In fact, what seems to be a sleeping dog might be a passed-out canine. You have to be quick when it comes to poisoning because every minute that goes by without veterinary care puts your pet’s life in danger.

Onion and garlic are just two of the most common causes of canine poisoning at home. It can be found in almost every kitchen and can be easily accessed by some dogs. And since your dog doesn’t know that it’s bad for him, it might consume a substantial amount enough to reach toxicity.

Signs of poisoning in dogs include vomiting, breathing difficulty, diarrhea, agitation, lethargy, pale gums, and tremors. If your pet exhibits any of these, you should call the vet right away.

Aside from garlic and onion, chocolate, grapes, raisins, rat poison, and pharmaceuticals can poison your dog.

5. Fluid buildup in the lungs

There are cases when a dog with rapid breathing is diagnosed with fluid buildup in the lungs. This condition is called pulmonary edema, wherein the dog’s alveoli become filled with fluids instead of air.

Such a condition can occur due to physical trauma, poisoning, and other pre-existing conditions like heart problems.

Dogs with pulmonary edema will exhibit heavy breathing, coughing, wheezing, rapid breathing, and collapse. Some will breathe through their mouths to compensate for the blocked alveoli.

It’s important to diagnose and treat pulmonary edema right away. The quicker the problem gets treated, the better the prognosis will be. Veterinarians will listen to your dog’s breathing through a stethoscope to pick up any abnormal sound that shouldn’t be produced in the lungs. 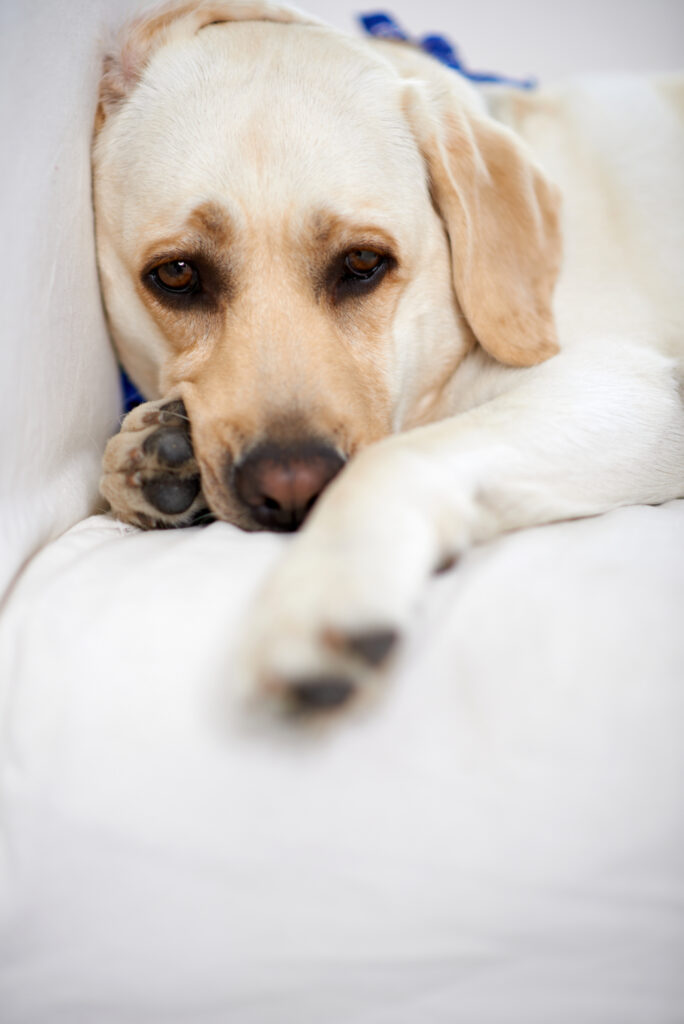 However, the symptoms might be similar to that of sleep apnea, so you should consult the vet. Sleep apnea is commonly observed in humans, but our furry friends are no exception.

The difference with pulmonary edema is that apnea only occurs during sleep. It has no apparent breathing symptoms during waking hours. Still, this condition requires veterinary attention just the same.

Should I Be Worried If My Dog Is Breathing Fast?

Before you panic, you should confirm whether your dog’s labored breathing is due to REM. If fast breathing is followed by muscle twitches and eye movement, it shouldn’t be a cause of concern. It should subside after three minutes. Also, expect your dog to have another REM cycle every 10 minutes during sleep.

However, if your dog’s rapid breathing lingers even when awake and at rest, you should make an appointment with the vet. This isn’t normal and might be a sign of an underlying health problem. In the end, it’s better to pay for a routine vet check than an expensive treatment for a serious health condition.

Is Rapid Breathing A Sign Of Pain In Dogs?

Not all the time, but it can be. Dogs that are in pain will have shallow and difficulty breathing. You might also notice the heavy panting and whining, aside from the reluctance to move or be held.

To confirm whether your dog is in pain, you should look for other symptoms like agitation, inappetence, and limping on the affected part. A dog will also lick the aching body part.

Examination at the vet’s clinic will determine whether your dog is in pain and on what part of its body.

What Is The Normal Breathing Rate Of A Dog When Sleeping?

All dogs that are considered healthy and do not show any symptoms of heart disease have a breathing rate of about 15-30 breaths per minute when sleeping. 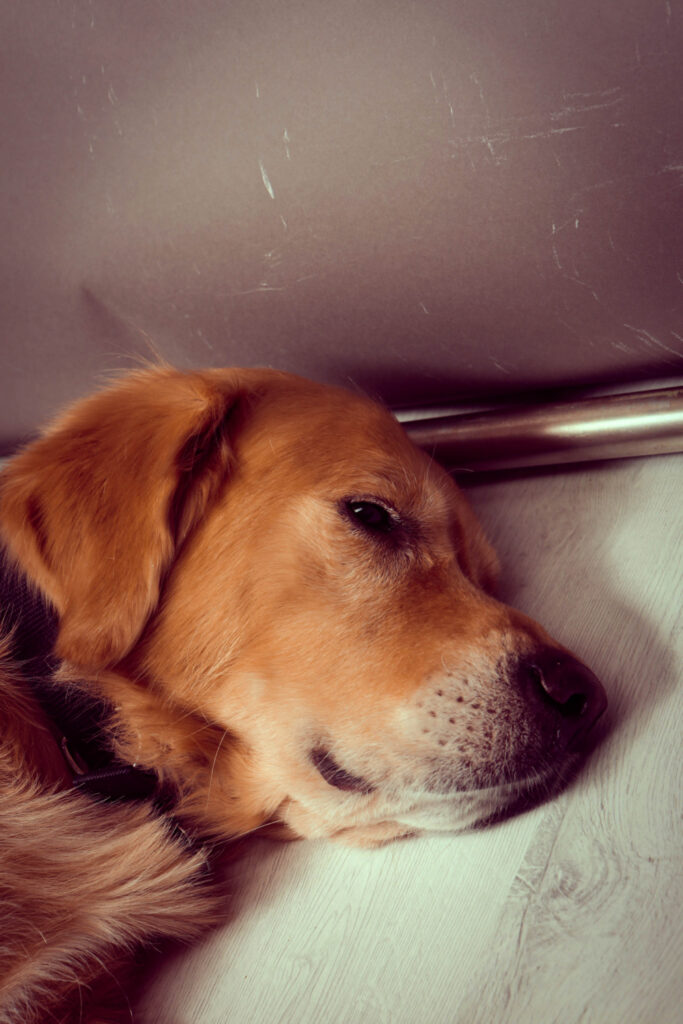 Take a stopwatch or by using your phone count how many breaths do occur in 30 seconds. Then multiply this number by two to get the breathing rate per minute.

Why Is My Senior Dog Panting So Much?

An older dog gets tired easily, so don’t be surprised if you see yours panting after a walk around the room. However, senior dogs are also prone to heat exhaustion, so you should always be on the lookout.

Aside from that, old dogs get scared and confused easily. Such an extreme emotion will raise their heart rate and speed up their breathing.

Moreover, older dogs often become less active than their younger counterparts. This makes them susceptible to obesity. And when a dog is obese, the excess weight will push into its lungs and airway. They will find it hard to breathe, even while sleeping.

Puppies tend to have a faster respiratory rate than an adult dogs, much like human babies. They will have shallow breathing, which might cause panic in a first-time dog owner. 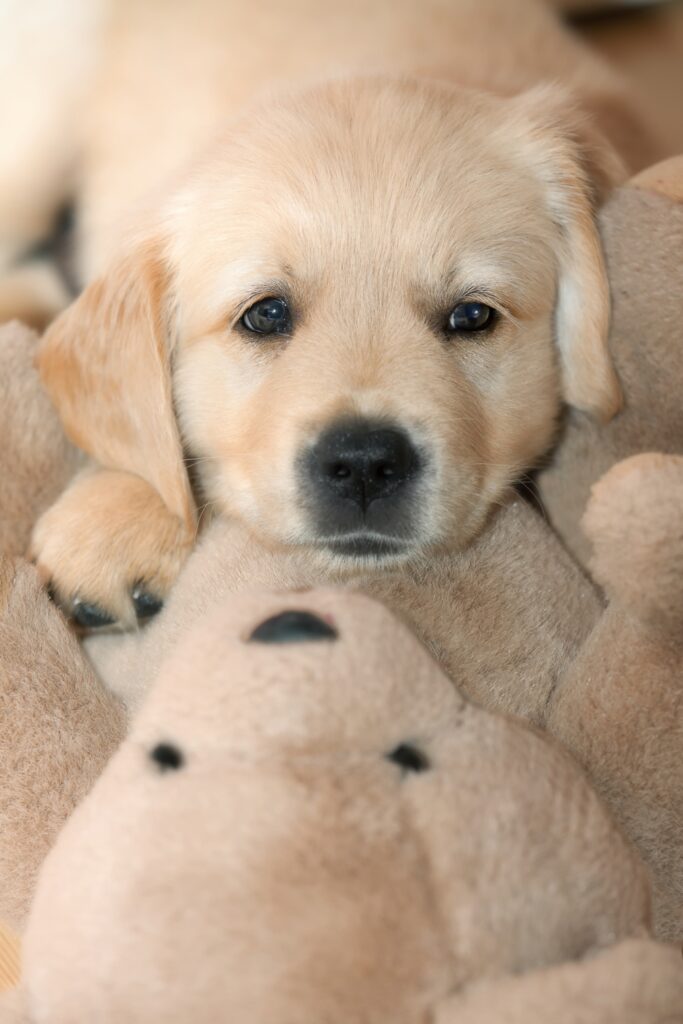 Nevertheless, puppy breathing will resolve naturally as the pup gets bigger and older.

Also, smaller breeds tend to have rapid breathing throughout its life, but it’s not something to be worried about.

Unless the small dog is exhibiting symptoms of respiratory distress, faster breathing can be considered normal.

A dog breathing fast when sleeping is likely going through REM. It’s a normal sleep phase that will end within minutes.

However, lingering rapid breaths can be associated with lung and heart problems. Poisoning and heat exhaustion are also possible causes. If you’re worried, it’s best to bring the dog to the vet’s clinic for proper examination and treatment.