How fast can a dog run? On average, a domesticated canine can run for up to 20 miles per hour. Those that are not in the best shape may record around 10 to 15 miles per hour.

However, canines bred and trained for hunting can push it at a top speed of 45 miles. Still, some breeds are slower than others due to size and physical features. The health of the doggo and its environment will also affect its running speed.

How Fast Can a Dog Run?

While 20 miles per hour might be a tremendous feat for our furry buddies, it’s not that fast. Still, dogs excel in the endurance department because they can run at a steady speed for long periods.

This is the same reason why dogs can easily cover more ground when they escape. 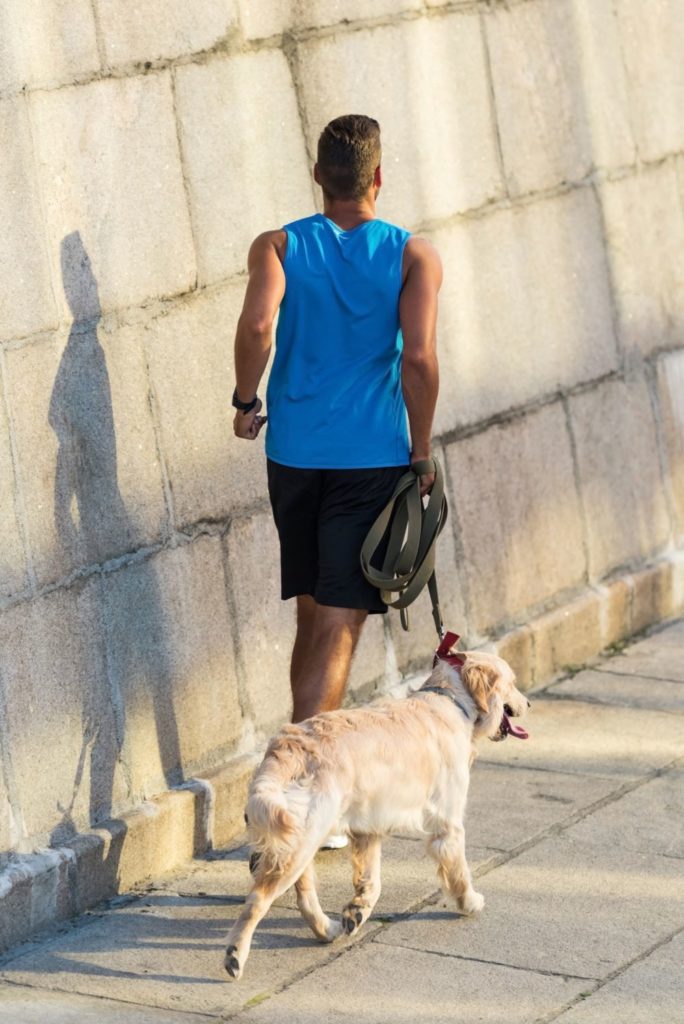 Like the feline world, the canine pack also has its athletes. Greyhounds are known to be one of the fastest dogs, running 45 miles per hour at their top speed.

Due to their slim body, low body fat, and deep chests, Greyhounds can endure running fast and long. Their hearts and lungs are designed to endure the demands of such speeds.

Although most dogs can top at 20 mph, smaller breeds can’t do the same. This is understandable since they have shorter legs and inferior endurance.

On the other hand, giants like Saint Bernards and Newfoundlands are slow as well due to their body mass.

Take note that it’s not safe for dogs to run fast and for extended periods. Massive dogs may develop orthopedic problems over time as their weight crushes their joints.

This is very much true for senior canines with brittle bones.

Although not all canines are good sprinters, some breeds are known for their speed. The following are some of the fastest dog breeds and their average speeds:

Greyhounds are the top dogs in the canine world when it comes to running. They can record up to 45 miles per hour, which is way faster than the fastest human in the world, Usain Bolt.

Their slim bodies are made to cover more distance in a short period.

Sharing a similarly slim body, deep chest, and long legs, Saluki can run for up to 42 miles per hour. As a sighthound, Saluki uses its speed to chase rabbits and game animals.

When they are not hunting, they make excellent companions.

This hairy canine might look regal, but they can also sprint for up to 40 miles per hour. Their hair flutter in the air as they chase after moving objects. They are also affectionate and kid-friendly doggo.

At 40 miles per hour, Whippets are lauded as one of the fastest domesticated dogs in the world. Most Whippets average 34 miles, but those that are trained for hunting can push it farther.

Whippets are not just fast canines; they are also one of the fastest accelerating dogs. This means they can gain mind-blowing speeds at a short distance.

Aside from its intelligence and confident look, Vizslas also charm dog enthusiasts with their running speed. They tie with Afghan Hounds at 40 miles per hour. 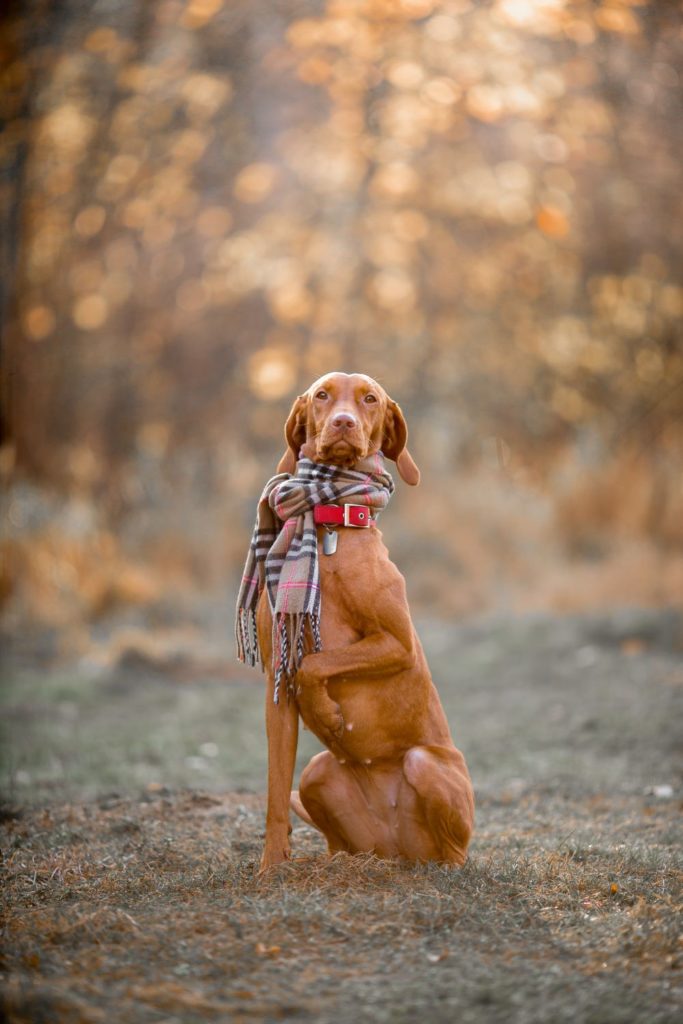 They are not the slimmest dogs, but they are quite muscular. Aside from running, this breed also excels in swimming and being a companion canine.

You should never underestimate this small dog. Jack Russell Terriers might be a small package, but they can run at a top speed of 38 miles per hour. It’s the reason why they are popular among hunters who want to stay low while hunting for their game.

Borzois are Russian sighthounds that can run for up to 36 miles per hour. They have long hair, tall legs, and regal charisma that draws dog lovers and sporting enthusiasts.

Although they love cruising, Borzois also like lounging on their owners’ couches.

If we are to put a human and a dog side by side in a race, a dog can easily outrun the former. This explains why we can’t keep up whenever our pets run away.

Dogs can easily exceed an average human that runs at a speed of 10 to 15 miles per hour. If you own any of the fastest dog breeds, I listed above, your chances of catching up are nil.

The speed difference is quite easy to explain. Dogs run with four feet in a galloping manner—meanwhile, we humans run with two feet alternating side by side. 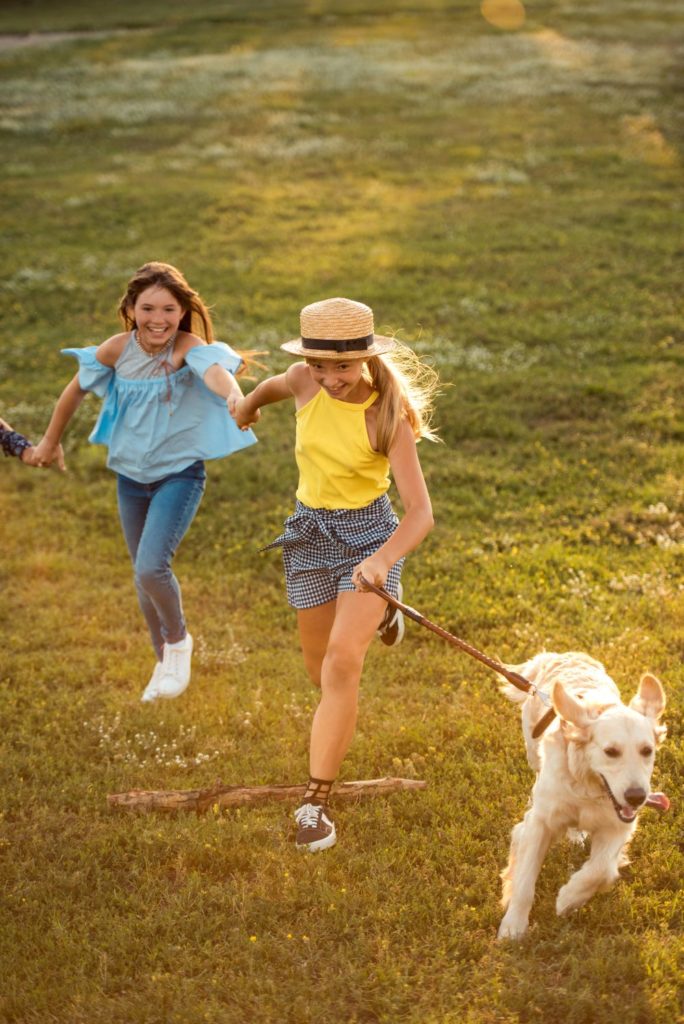 And if we’re not in good shape, our speed will be slow, not to mention that we can’t cover much ground without being winded.

Also, most dogs have a body structure made for running. Let’s take Greyhounds, for example. Their slim bodies have very little fat, which allows them to leap in the air with ease. Pair that with long legs, and you got a speeder that can keep up with a truck towing a car.

If we are to talk about domesticated dogs and cats, the felines might be an advantage. Most house cats can run at a top speed of 30 miles per hour. This is 10 miles faster than an average house dog that’s not one of the fastest breeds.

Cats are built to run, jump, and survive high falls. Their bodies are slinky, which also gives them an edge when racing with a dog. Unlike most dogs, house cats have more muscular hind legs, which they use to propel their bodies forward.

In the wild, felines are still the winners of running competitions. In comparison with Greyhounds that run up to 45 mph, Cheetahs can record a top speed of 75 miles per hour. This means a Cheetah can easily outrun a Greyhound, even if the feline is not in full gear.

Still, some dogs can outrun a house cat, especially if the canines are trained for hunting. Sighthounds are known to run fast and can compete with a cat that’s on top running speed.

Can You Outrun A Dog On A Bike?

Many of us have experienced being chased by a dog while running a bike around the neighborhood. 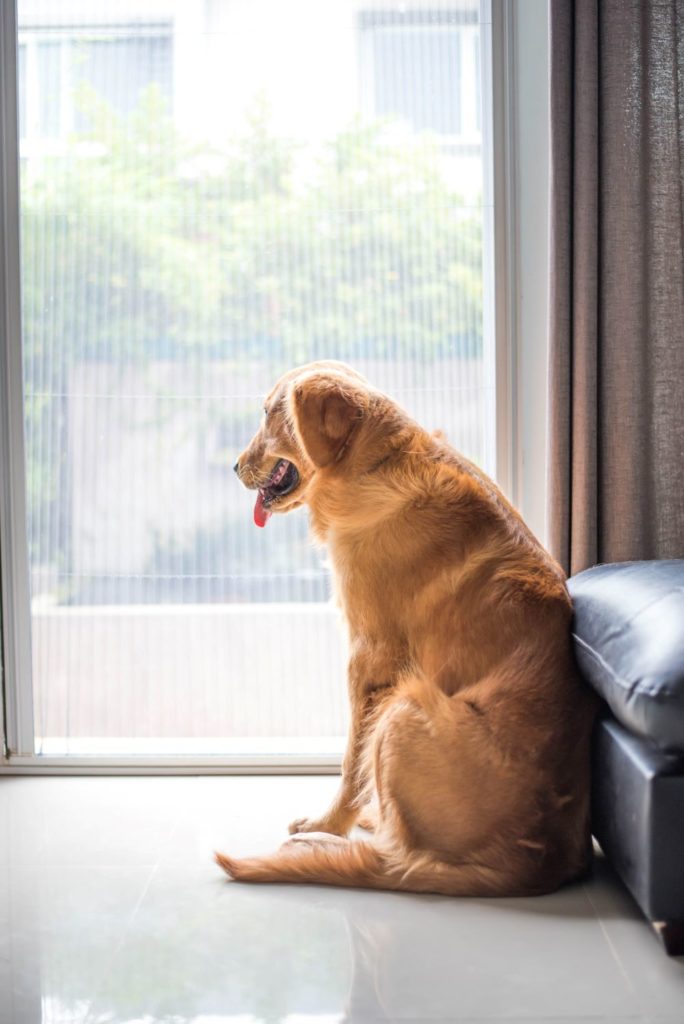 It’s a funny memory from childhood, but we can’t help but wonder: can you outrun a dog while riding a bike? The answer depends on your physicality and what dog you’re dealing with.

Let’s say a dog chases you at a speed of 19 mph. Most humans can pedal at a speed of at least 20 mph. With that being said, you can easily outrun a dog. Still, it depends on the breed.

If a Whippet is after you, then you should have the endurance of an athlete. You can also count on your adrenaline to kick in at that moment.

How Far Can A Dog Run Into The Woods?

It depends on the situation, the trail in the woods, and your dog’s personality. If your pooch is chasing after a squirrel, it can get lost in the woods quite fast. However, if your pooch is chicken-hearted, it may not go too far since the unfamiliar surroundings may scare it off.

Most of the time, dogs will only go halfway into the woods. It would be running forward then back unless it’s chasing after an animal.

Once your dog gets tired, it will settle on a hidden spot, usually covered with bushes to avoid predators. Most dogs will stay within a 5-mile radius and go back to the departure spot after some time.

What Makes Dog Capable Of Running So Fast?

The speed of dogs depends on their breed but all the dogs with fast speed have one thing in common and that is particular characteristics of their body structure. 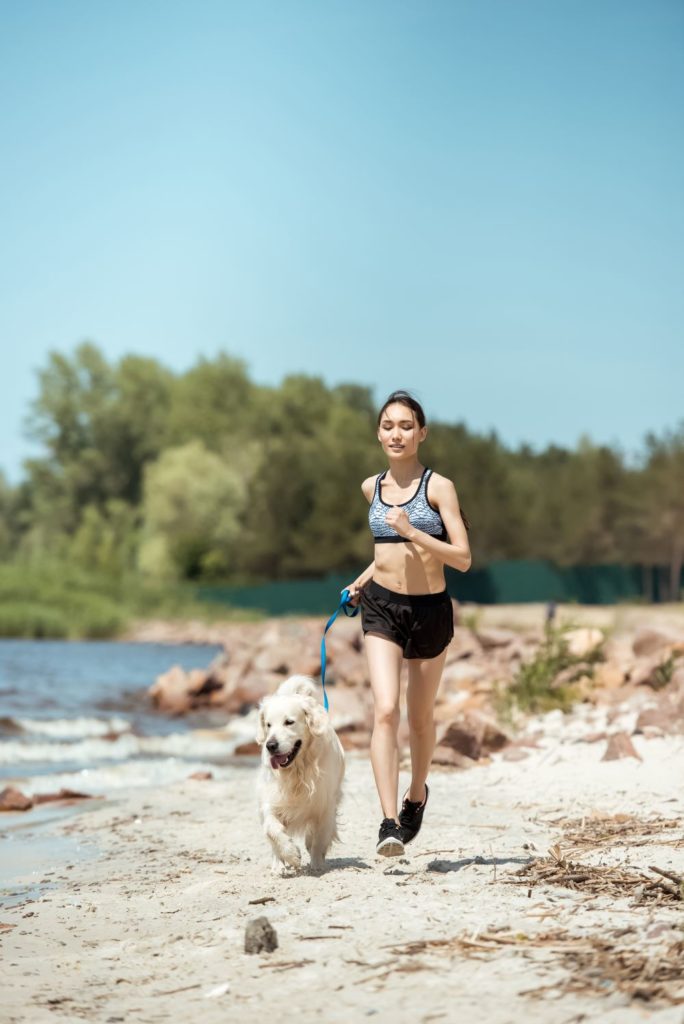 All such dogs have a specialized musculoskeletal system that includes a robust spine that is flexible and contracts/relaxes as the dog runs.

Moreover, dogs have four legs and walk on their toes which makes them move swiftly and quietly.

So how fast can a dog run? Most domesticated dogs can run for up to 20 miles per hour. But if you have a dog breed known for hunting and flushing for example Greyhounds, it can record up to 45 miles.

Remember that the health and age of the dog also affect its speed, among other factors. As much as possible, avoid pushing your dog to run fast if it’s not physically fit.

Speed and agility of your dog are good indicators of the health of your dog but make sure you don’t make your dog overrun. This can result in faster deterioration of the joint cartilage leading to arthritis. Take good care of your dog because healthy dogs are happy dogs.