Rabbits have a reputation for reproducing rapidly but have you ever actually wondered how many babies can rabbits have?

The female rabbits or the doe can give birth to up to 14 kits in one litter.

Furthermore, their gestation period is only 30 days long; thus, female rabbits can give birth to a litter once a month or twelve times a year.

The mother rabbit can also have a double litter only at one pregnancy. In such a case, she might give birth to more than six babies.

However, there are higher tendencies that some of the babies will not be able to survive birth.

If they survive this stage, they might still die after a few months since they are not fully developed. In other words, babies belonging to a double litter are usually weak.

After giving birth to a litter, the mother rabbit can be impregnated again in not more than 24 hours, especially when she is left with a male rabbit.

So mathematically speaking, if she can have 14 kits per litter, she can give birth to up to 168 babies in a year. 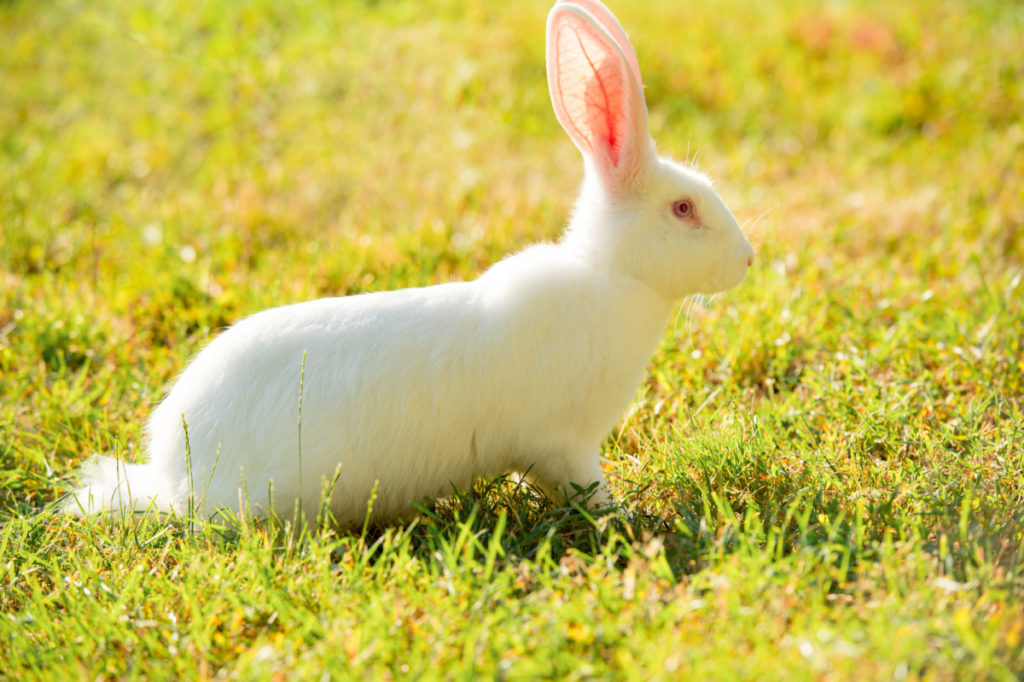 It is recommended that pet owners are aware of the proper way of breeding rabbits.

This is to ensure that they can avoid unwanted pregnancy as well as irresponsible pethood.

Being a responsible pet owner also means that you have to understand when your rabbit will become sexually mature.

Typically, a rabbit will become sexually mature at the age of three to six months.

Even the young female rabbit can be impregnated as young as 120 days old, as long as she is not neutered.

On the contrary, a male rabbit can get a female rabbit pregnant as early as 10 weeks of age.

At this particular age, their testicles can already drop, allowing them to mate with female rabbits.

And since the gestation period of a pregnant rabbit only extends over 28 or 31 days at most, female rabbits can be pregnant every month.

This information makes us wonder how many babies can rabbits have and how many times a year!

How Many Kits Can Survive In A Litter?

Some of the baby rabbits will be dead at birth.

In such a case, do not be shocked if the mother rabbit will eat their remains. It is not considered cannibalism. If you fear cannibalism, you can separate babies from mother

As a matter of fact, mother rabbits do this as a safety precaution. That is because the scent of a deceased baby rabbit can easily attract predators.

So getting rid of the body will also eliminate the scent. Also, be aware that some kits might be born weaker as compared to others. The weakest among the litter might not be able to survive.

Also, rabbits are not maternal in nature. So the mother rabbit might just ignore her weaker offspring. Instead, she would rather focus on rearing and feeding the stronger ones.

By instinct, rabbits are driven to carry on their species, so she will only prioritize her babies with a higher chance of surviving. With that being said, the stronger kits tend to have more chances of survival.

Most often than not, mother rabbit would divide her young into two groups. Then she will only feed the stronger kits, leaving the weak ones ignored.

To prevent the loss of young kits, you have to regularly check their hutch because she might hide them in the nest of fur and hay.

Sometimes, they are even buried deeper without any access to warmth and milk.

What To Do With The Neglected Baby Rabbits?

If you are concerned because their mother neglects some baby rabbits, you can do several things about this. 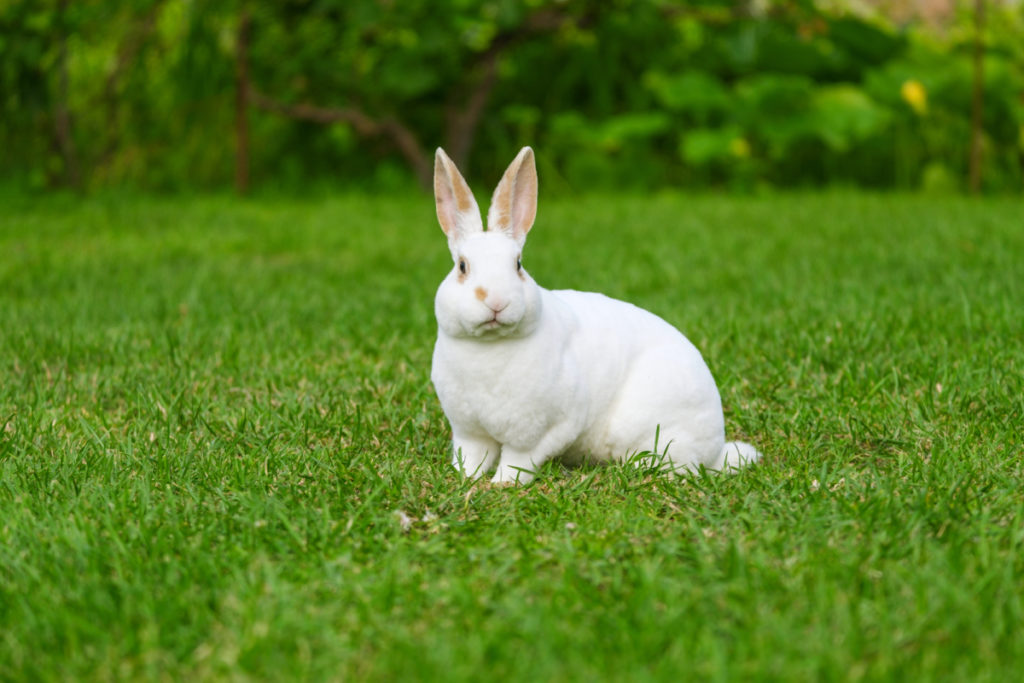 First of all, you should count the babies. You have to make sure that you have accounted for all of the kits.

Step #2. Make sure they are not burrowed deeper

Check if a baby is burrowed deeper because they are usually the ones that are forgotten.

If you see a left unattended kit inside the hutch, you should be moving them into the nest by yourself.

Be aware that the mother rabbit might not think of her young that has wandered off.

In addition to this, you have to ensure the health of the babies. Make sure that the babies have plump and round stomachs.

Also, check whether or not they are warm. That is because these are the common signs that the baby rabbits are being taken care of.

Step #4. Make sure they are fed

If the kit is too cold, this might be a sign that the mother could not feed it.

In other words, that particular baby rabbit would probably not survive for too long.

If this is the case, you can warm up the cold kits by simply putting a bottle with hot water under their nest.

Step #5. If not, use a replacement milk formula

You might as well feed the baby rabbits using a replacement milk rabbit formula.

Make sure to have good quality nursing bottle kits for rabbits.

Anyway, there are several types of foods that you can feed to baby rabbits.

What Time Of The Year Do Rabbits Usually Have Babies?

There are several factors that can determine the exact time of breeding rabbits. This includes sunlight, food, and temperature.

Wild rabbits can usually breed between three and six months of age. The females can generally have one up to seven litters per year.

But then again, this will depend upon their food as well as the temperature condition.

Much more, it would also depend on the female rabbit’s health.

On the contrary, pet rabbits can be impregnated at any time of the year. But of course, this would only be the case if they have not been spayed.

If you do not intend to breed your rabbits, the best thing to do is alter them.

This process can help in preventing the health and behavioral issues of rabbits.

For one thing, the unaltered female rabbits tend to be more prone to reproductive cancer from two years of age. And as the rabbit ages, the risk also increases.

When it comes to their behavior, altered rabbits tend to have better habits inside a litter box. 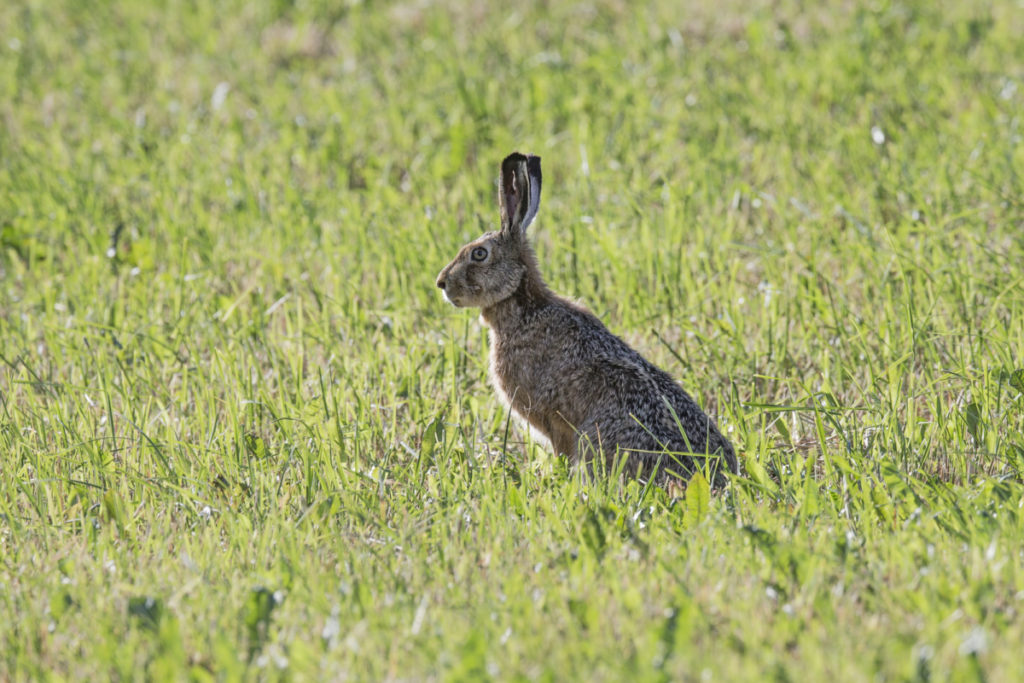 The unaltered ones – both the male and female rabbits often drop their poop pellets and spray their urines, marking their territory.

This is generally due to their hormones.

With my pet, Thumper, since I got him altered, I have noticed some changes in his behavior. I can see how his habits have changed.

So I recommend that you also do this with your pet. Plus, you will be able to avoid unwanted pregnancy if you do so.

How many babies can rabbits have?

In general, mother rabbits can have one up to 14 kits at one time. But on average, there are usually around six kits per litter.

Rabbits have a short gestation period and their population can boom within a short time if it is not controlled.

Spaying and neutering should be used. This not only helps in controlling the population but also has a beneficial impact on the health of rabbits.