How many nipples do rabbits have? Only the doe possess nipples, ten nipples to be exact, extending from their thoracic to the inguinal region.

Agree or not, rabbits are one of the cutest animals in the world.

And believe me, I already have five rabbits at home. 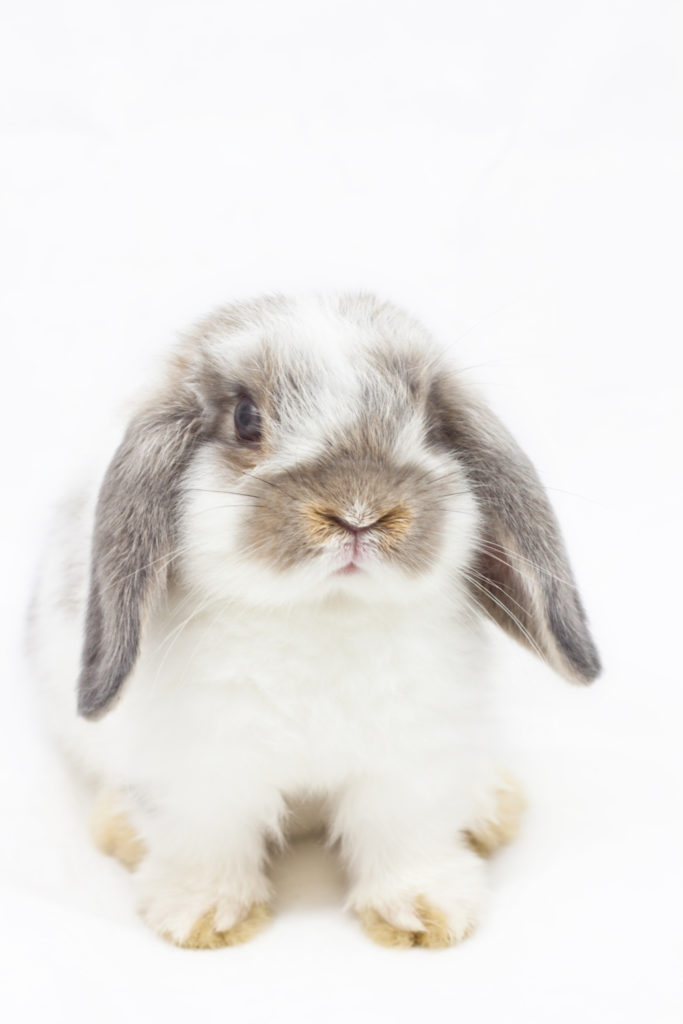 Well, rabbits are mammals, and they produce as much as they want. In my case, my first rabbit was a male rabbit, Thumper.

Rabbits can reproduce because of their sex organs. That includes nipples.

If you’re wondering how many nipples do they have, keep on reading.

Let me tell you some fun facts about rabbits!

Fact #1. The Difference Between Male And Female Rabbits

As I have said, Thumper is a male rabbit. Just like humans, male and female rabbits differ when it comes to their sex organs.

It’s confusing but bear with me. I’m sure that you’ll learn something from me.

Now let’s start with Thumper as my example. You see, rabbits often have eight mammary glands that extend over their thoracic and inguinal cavity. 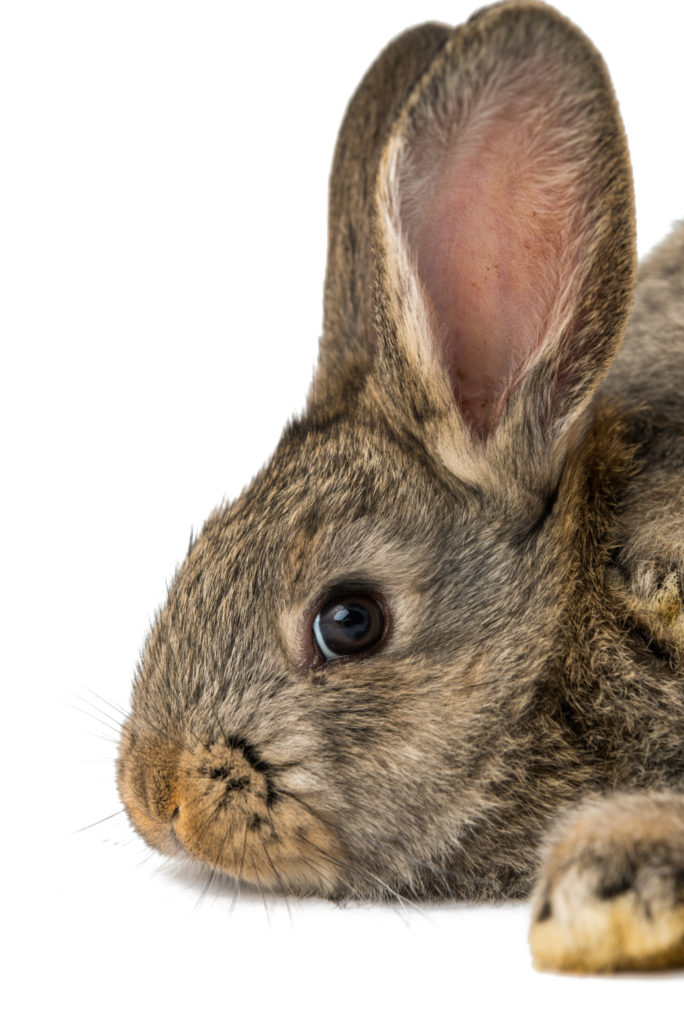 However, my beloved Thumper has no nipples.

How many nipples do rabbits have?

Only a doe can have nipples.

If you’re a rabbit breeder, I’m sure that you’ll like the fact that female rabbits have ten nipples at most.

What is distinct from a male rabbit? Do they differ a lot from female ones?

Speaking from a rabbit owner’s perspective, I can say that Thumper’s head and body are thicker if compared to a doe.

I have observed that its penile sheath resembles a cylinder, and Thumper’s penis can be extruded easily as soon as he reached two months of age.

His scrotal sacs are located near his penis, in a craniolateral position.

When you clearly at his scrotum, you’ll notice that it is oblong in shape and partially hairless.

And he has large testicles that are prominent with epididymal fat pads.

Now, let’s talk about two of my female rabbits: Erika and Anneliese.

I did my research and described that their ovaries look elongated and are located in their posterior region. The ovaries are too long and winding.

Their duplex uterus is consists of a pair of separated uterine horns along its length.

And it is effortless for us to identify the gender of a rabbit through its vulva, which appears triangular with an opening like a slit wherein it is used to distinguish female from male rabbits.

We all know for a fact that rabbits have a penis or vagina, just like Thumper and the rest of my rabbits. However, their sex organs are not yet fully mature.

Thus, it is challenging to identify whether they are male or female. But be patients and wait until they reach six-to-eight weeks old to determine their sex. 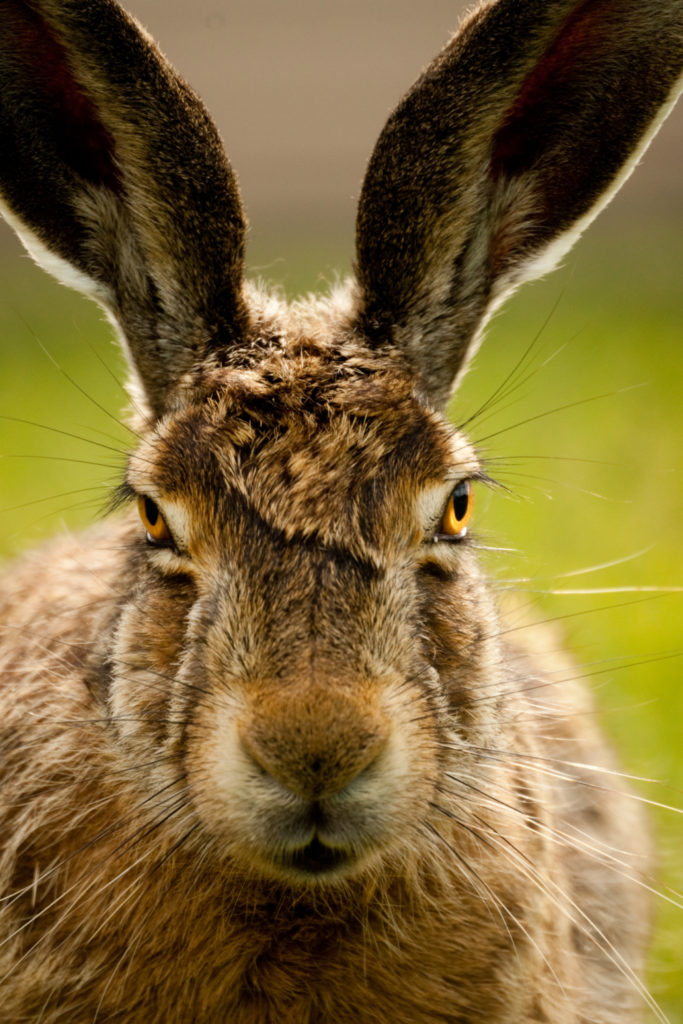 If you raise a younger rabbit and want to know their gender, it might cause their mother to reject your presence because of your smell.Please read here how to tell how old baby rabbit are

If I were you, take cautious steps to carry your pet rabbit.

So, what I did was I held Thumper firmly with my right hand over its back. Afterward, I turned it gently to rest on its rump.

Ensure that you won’t allow them to kick or struggle since our rabbits can break their spine or suffer other injuries in their hastiness to get away from your hold.

Then I used my forefinger and second finger to pull Thumper’s tail outward in a gentle manner. I used my thumb to press down on its belly above the vent area.

And what I have observed is that there are two openings. I researched it and knew that the one nearest the rear is Thumper’s anus and the one closest to its abdomen is its sex organs.

A vertical slit above and close to the anus means your rabbit is a female. On the other hand, if you see a rounded dot, it’s the opening on the penis’ tip.

If you press it firmly, the genitals begin to extrude, allowing you to determine which is which.

But take note of this:

Its genitalia is not entirely matured; that means that injuries do occur fast that’s why you have to be extra careful.

Genitalia becomes more distinct the older the babies get.

I had an easy time identifying Erika’s gender when she was older because, as you know, when rabbits are fully mature, it will be easier to determine its gender.

Since she is a female rabbit, she has four-to-five pairs of nipples running down her abdomen, with four being the most common number.

In Thumper’s case that I really can’t find them at first. As you know, female rabbits develop a dewlap, which is said to be a fleshy pouch beneath their chin. please read here why does my rabbit have double chin

Female rabbits are also larger and heavier compared to male rabbits when they fully mature.

Fact #5. Checking Out Their Genital Organs

As I have done, I turned my rabbit slowly on its rump, and I held it securely.

I immediately knew that Thumper was close to adulthood; his testicles become purplish to both sides of his tail, which indicates that it is mature already.

Different from some species of animals, their testicle has a separate scrotal sac. 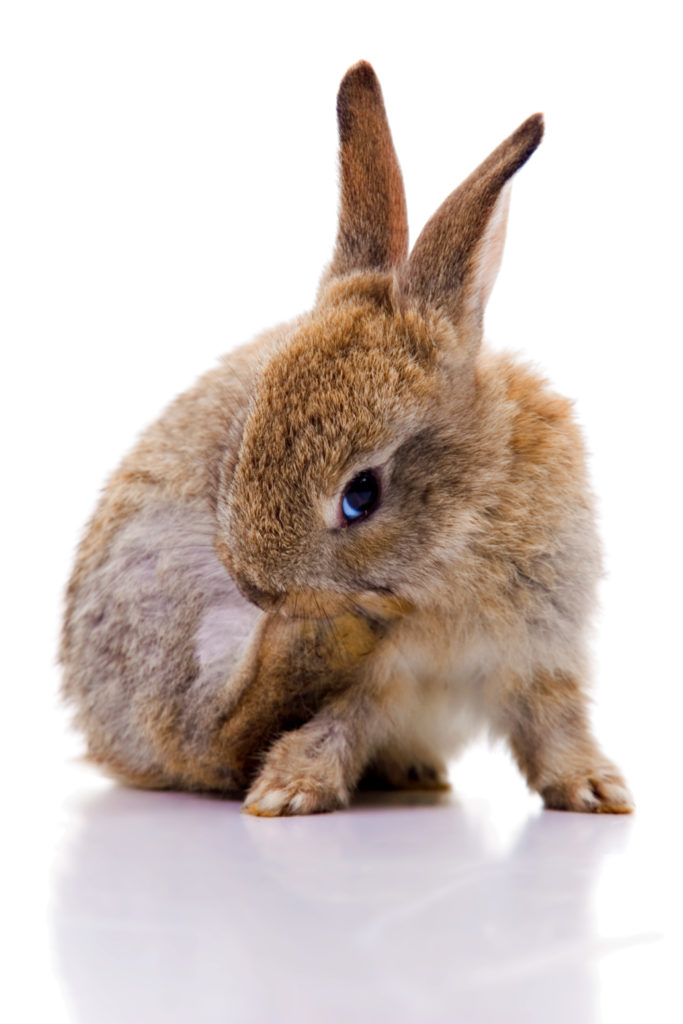 Though Thumper’s testicles are enormous, he can pull their testicles inside his body every time he gets scared or cold. And its scrotum will stay outside.

You can feel it through their hair; it has a fleshy loose skin (and comes with a little hair!).

Well, as you know, females may have bald spots.

Here, you can find the testicles.

However, my female rabbit’s skin is tight and smooth. It is a male rabbit’s penis that is often hidden in a fluffy mound of hair.

And what I did was gently smooth its hair on each side, and there it is, I saw its penile tip.

Erika and Anneliese both have a pink vulva protecting their vagina, making it easier for me to distinguish them from Thumper’s purplish scrotal sacs, my male rabbit.

Their vulva has a vertical slit, which indicates that they are female compared to the round hole at the end of a male rabbit’s penis.

Fact #6. How Do Rabbits Sexually Behave?

At first, when I only have Thumper, he can still show some gender-specific behavior as he reaches sexual maturity.

In my case, Erika, which is a female rabbit, loves to dig and create breeding dens and protects her holes by simply biting, scratching, or charging.

Thumper, on the other hand, was very aggressive, and I even had a scratch due to his sudden grasp, biting, and he also humps my arms when he’s experiencing too much sexual tension.

During my first time raising Thumper, it is hilarious because he often sprays urine in his cage and all over my house (it is annoying) to mark his territory and dominate its presence with my female rabbits.

Perhaps, it’s the main reason why I made sure to have an easy-clean cage for rabbits after that happens.

Given this fact, they have genital organs that can be distinguished from both male and female rabbits.

How many nipples do rabbits have?

Female rabbits are the ones that have nipples.

They can have ten prominent nipples making it easy for us to know that a rabbit is a female compared to a male rabbit.