Cats don’t have the same hierarchy as dogs. They are not pack animals, so cats can easily adapt to social situations. But if your pet is being too pushy and demanding, it might be to show that he is the boss. Knowing how to assert dominance over a cat starts from kittenhood. By being its protector from the very start, the cat will associate you with security and somewhat an ‘alpha’ role.

In this post, I will discuss cats’ social structure and how you can use it to become the dominant member of the cat household.

How do cats determine dominance?

Felines have a unique social structure. Like what I mentioned earlier, they are not pack beings. They don’t follow a certain ranking or order within their social circle. Still, cats can easily adapt to group living with other animals and humans. 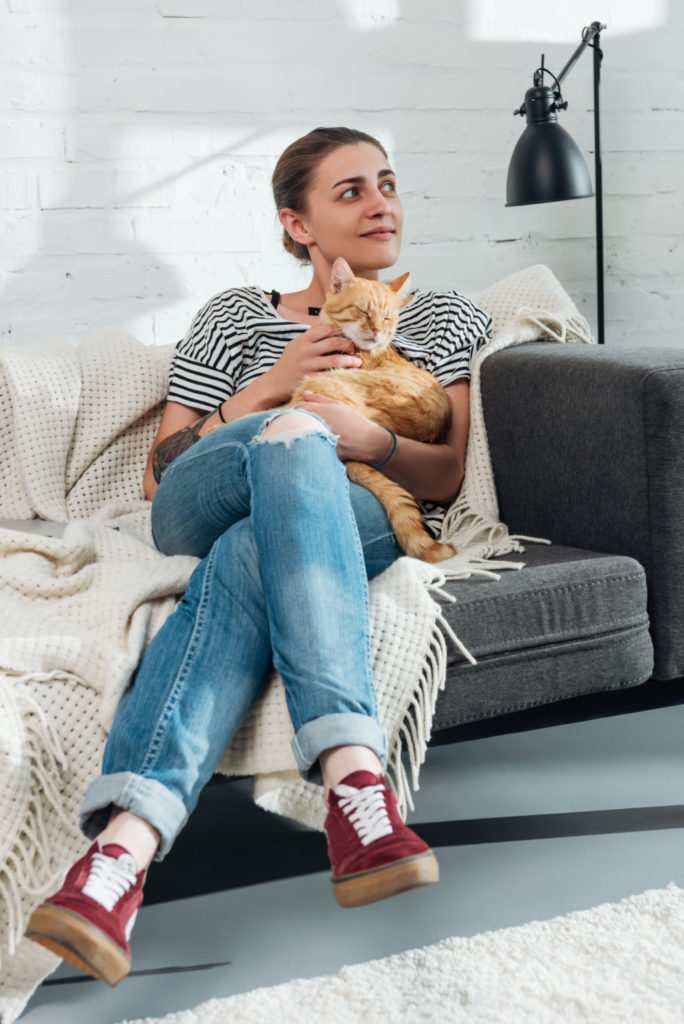 In general, cats’ living setup can be divided into two groups: those that resemble a pride of lions and those that are similar to solitary wild felines.

For cats, their territory is everything. Cats are solitary hunters, so they need to establish a territory to prevent conflict with other felines.

When living in colonies (like your household), cats tend to have a loose hierarchy. This hierarchy isn’t something that has to be maintained. In most cat colonies, the loose ranking changes from time to time.

In a multiple cat household, some cats will try to impose their dominance over other felines. This happens a lot when the other cat is a newcomer. The resident feline feels like his territory is threatened. The kitty will hiss, growl, and attack the other cat to drive it away to defend. Please read here why does my cat bite my other cat neck

Such a thing can also happen to humans. But if you raise the cat properly, the kitty is unlikely to show this behavior.

What you need to watch out for is pushy behavior. Cats don’t have a sense of boundaries when it comes to their owners, especially well-bonded ones. They will try to invade your workplace or beg for food just because they can.

This is where you need to teach the cat that you’re the dominant one. It’s more of training the cat that no means no and that there’s a time for specific demands.

How do you show dominance over your cat?

When it comes to cats, dominance is a fleeting thing. If you want to raise a discipline feline that respects you, it’s important to set the rules and stick to them. This also takes a lot of patience. The following tips may help you:

1. Positive reinforcement is the key

When it comes to addressing negative behavior, positive reinforcement is always the best method. It teaches your cat that behaving and following your commands are rewarded actions. Take note that domesticated animals thrive with the rewarded technique and not punishments or violence.

If your cat stops the dominant behavior upon saying ‘no’, give it a treat. You’d have to repeat this until you wean the cat off the reward while instilling the command.

Leash training helps a lot of cats. This teaches your kitty that you call the shots whenever both of you are going outdoors. Slowly introducing the leash is important so your cat won’t grow aloof of the restraint(Please also know How to restrain a cat for grooming). Of course, shower your cat with treats whenever you’re showing the leash.

In your spare time, you can also teach the cat some tricks. This enforces the positive reinforcement technique because you’ll be rewarding the kitty whenever it performs the command.

Clicker training comes in handy on these occasions. This method uses a clicker device that you’ll click whenever your cat performs a trick properly. Such a clicking sound is followed by a treat reward immediately.

Over time, your cat will recognize the click as a form of reward even without the treats.

One of the ways to assert dominance over your cat is calling the shots during playtime. You should be the one to initiate and end playtime. I suggest coming up with a playtime schedule that you’ll follow religiously.

If your cat bites or tries to be dominant, say a firm no, then stop playtime right away. Proceed after a few minutes once your kitty is more relaxed. Please read here why does my cat lick me then bite me

5. Don’t give the cat the free reign

The problem with some pet owners is they let their cats access the entire house. By the time you set the rules, your cat will impose its dominance over accessing a certain spot. This could be the couch, countertop, your bed, and more. 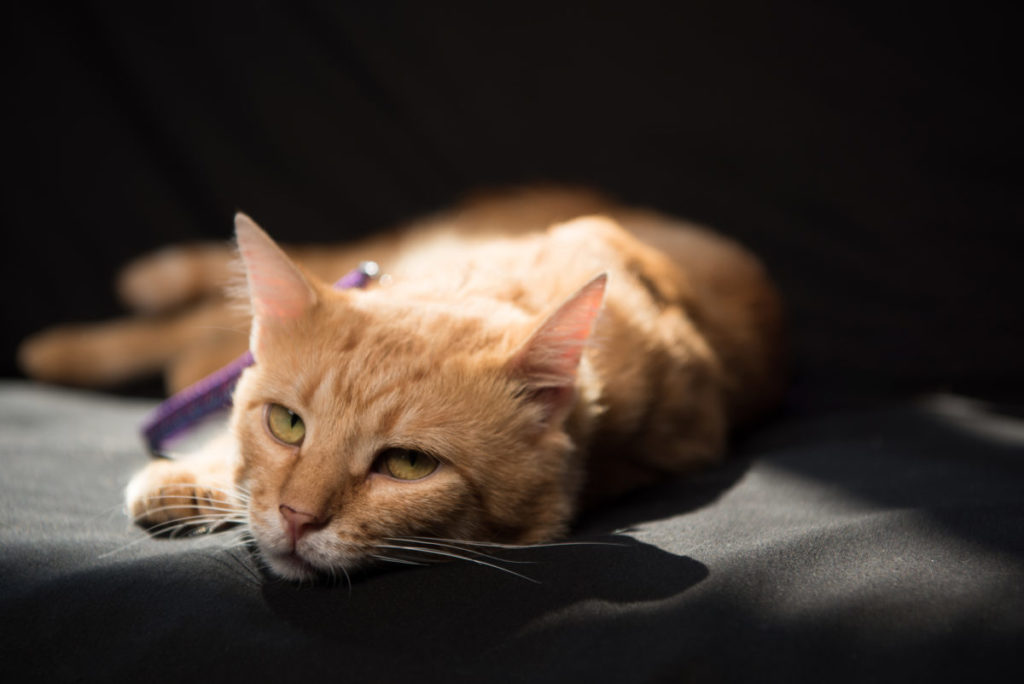 It’s essential to set the rules straight even before your cat arrives at your home. This will get your pet used to the restrictions.

6. Don’t run favorites on your cats

One of the reasons why cats become dominant is they feel threatened by the other pets. You’re probably giving more attention to the other cat. Your resident kitty will become jealous and try to impose its presence on you or the other cat.

To prevent this, you should maintain a fair atmosphere at home. Feed the cats at the same time and give equal time to both. This way, both felines will associate each other’s presence into something good.

7. Snub them when they become pushy

When it comes to cats, ignoring them is enough to send the message. My cat Watson would often give up demanding what he wants when we ignore him for five minutes. For many cats, this works like magic. Your cat will soon realize that their attempt to dominate you is futile.

Should I be worried if my cat keeps biting me?

You should worry if your cat keeps on biting you. Sometimes, it’s more than just love bites. If your cat bites and draws blood, you have to do something. learn here what does it mean when a cat bites you hard 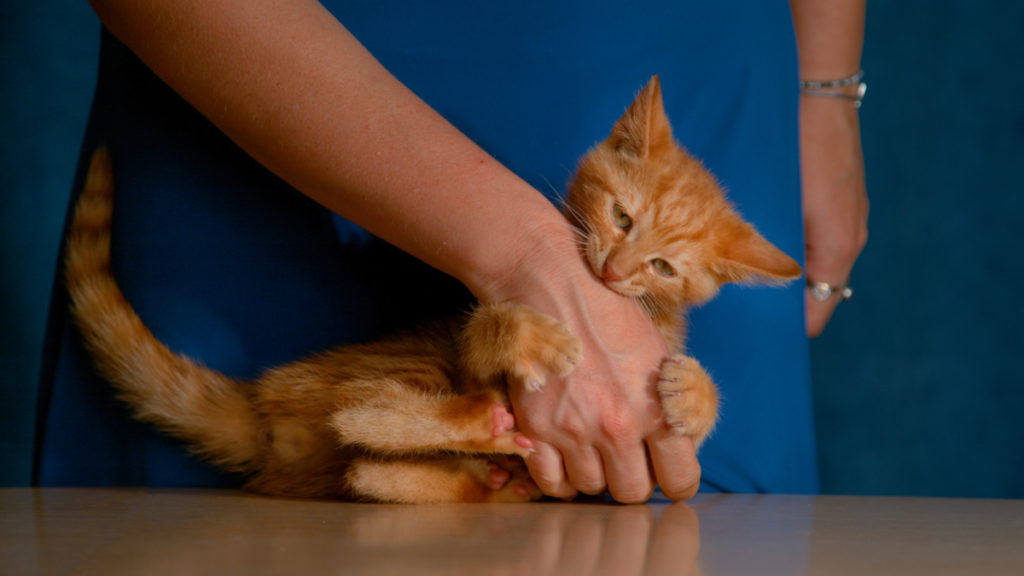 Putting the cat on time out will work, but avoid trapping the kitty in a room for too long. You can try training and making your skin unappealing to bite.

Is it okay to rough play with your cat?

Rough playing with your cat might backfire. For example, flicking them with your hands or playfully playing their tails might be interpreted as harmful. Aside from potentially attacking you, the cat will associate your hand with danger. The next time you try to pet the cat, it may run away or dodge your hand.

Also, the rough play might become the root of behavioral problems. Your cat may think that rough play is always welcome, even to other people.

In my experience with cats, males are more likely to impose dominance than females. This is because male cats tend to defend larger territories than their female counterparts. Most of the time, this dominance is directed toward other cats, but they can also aim it to their owners.

Male cats exhibit their dominance by spraying all over their territory. Some are less affectionate than females, but this isn’t always conclusive.

How can you tell who the alpha cat is?

Cats don’t follow the same hierarchy as dogs, so they don’t have a clear alpha. However, you will notice when a cat is trying to be domineering. If your cat isn’t stopping when told or bullying other cats, take it as a sign of dominance. Others will demand loudly for food, playtime, or your attention. 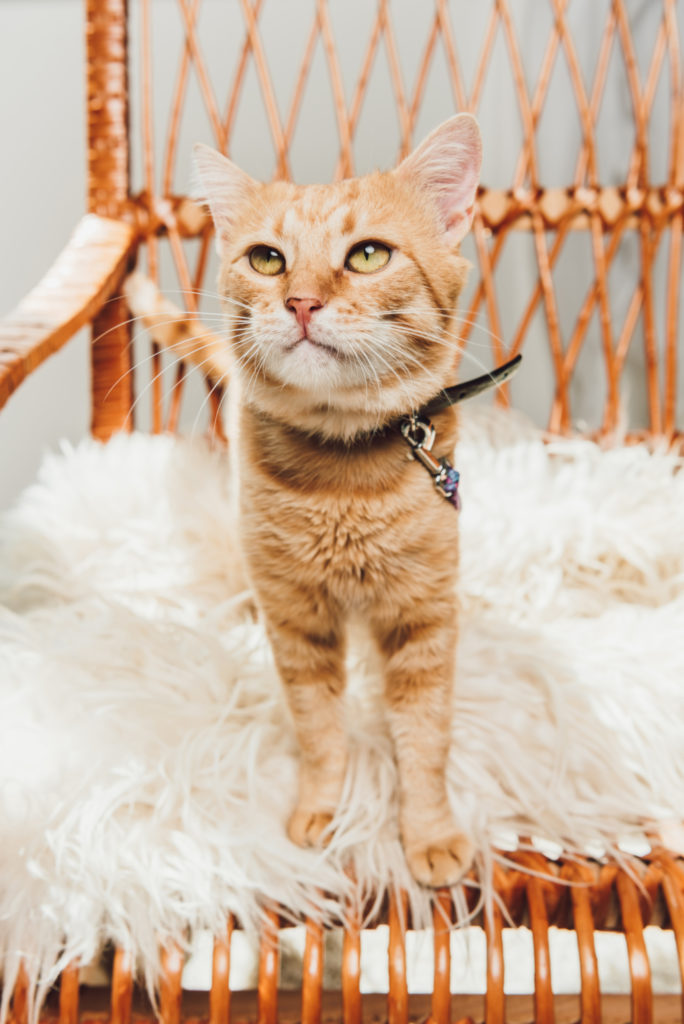 All of these can be corrected with training and positive reinforcement. However, you have to be patient as cats tend to be independent and stubborn. learn more here how to wean a stubborn kitten

Knowing how to assert dominance over a cat is way different than what you’ll do with dogs. I have both a cat and a dog, and I can tell you that they are extremely two different pets. Cats don’t have a sense of alpha, so you have to use positive reinforcement to get the upper hand.