If you have guinea pigs as pets, there comes a stage where you are curious “How to breed guinea pigs?” especially when you want to increase the family size of your cute pets. 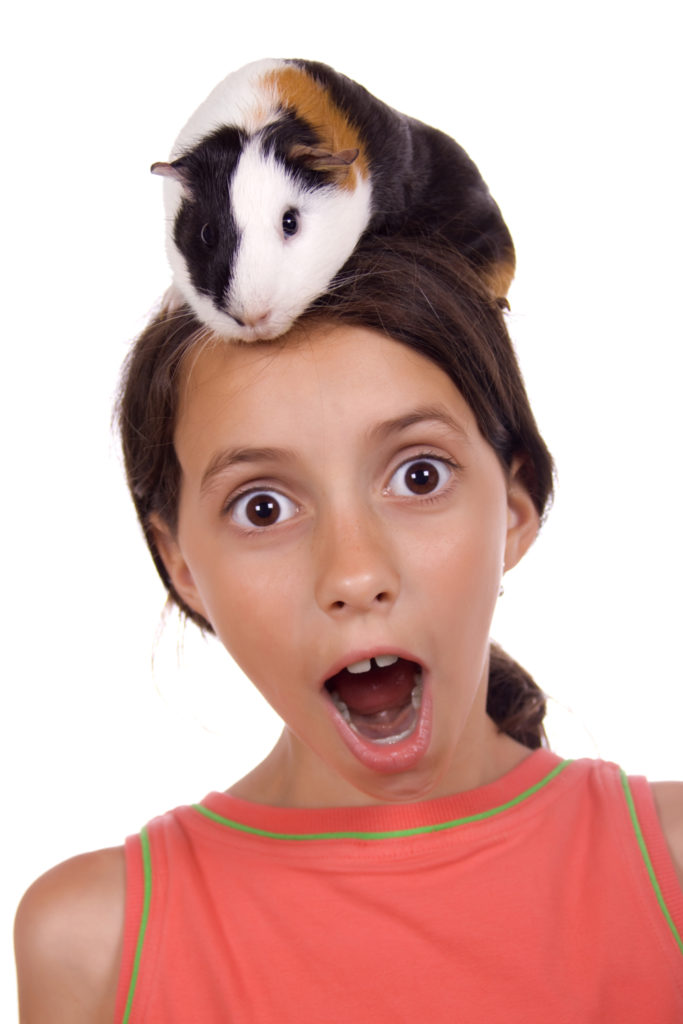 Baby guinea pigs are a bit cuter than most mammals because they are fully furred when they are born. Within moments after birth, they already can turn around and can open their eyes.

How To Breed Guinea Pigs?

It is not new if you are here along with so many people to know how to breed guinea pigs.

However, no matter how much you like to have adorable baby guinea pigs, breeding them is not something that you should approach lightly. You must understand that pregnancy in guinea pigs can bring about several health risks. 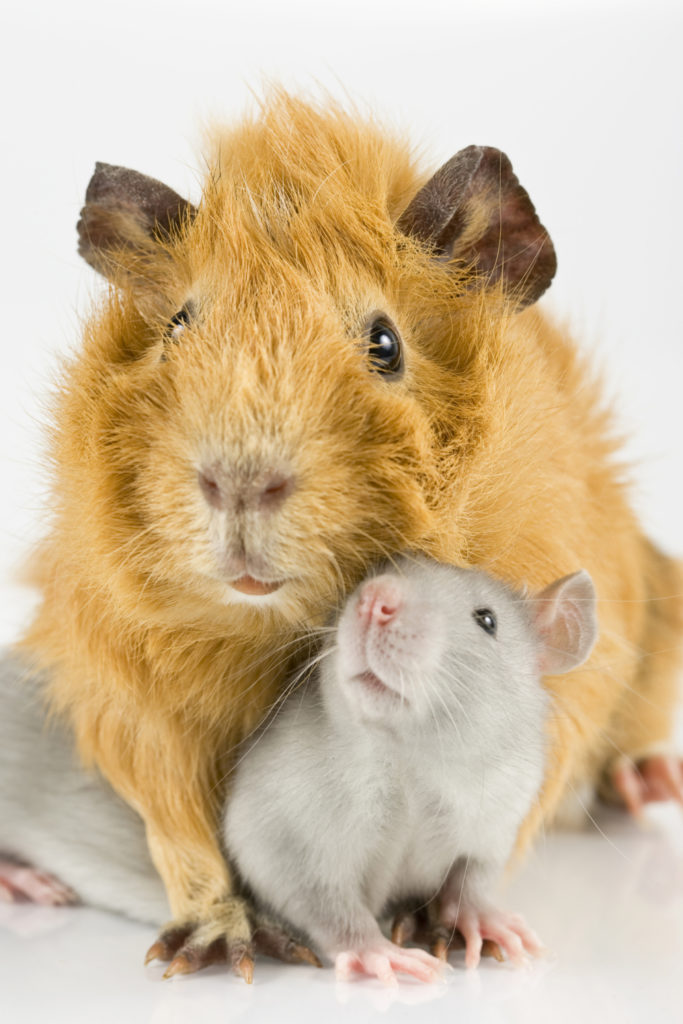 Experts recommend that professionals must only breed guinea pigs. They shall follow a stringent system in order to reduce serious risks both for the pups and their mother.

When breeding, there are a lot of things that you should think about. Even so, the process itself is not complicated since female guinea pigs are exemplary mothers. They rarely abandon or hurt their young ones.

Just like every baby, newly born guinea pigs are very charming. It is fulfilling to watch them as they grow under the gentle care and affection of their mother.

The memories of my little Ginger keep popping in my head as I write this post. I have watched him grow from a little pup into a fully grown guinea pig.

And guess what, he gets cuter and cuter every single day!

If you want to have such a kind of pleasure and satisfaction, keep reading until the end of this post to know more about breeding guinea pigs.

A female guinea pig getting pregnant at six weeks is not something peculiar among their species. Guinea pigs usually reproduce from 4 to 8 weeks old.

With that being said, you should separate younger guinea pigs so that you can prevent unwanted pregnancies.

Besides that, it is also vital that you select a female guinea pig of a certain age whenever you decide to breed them. 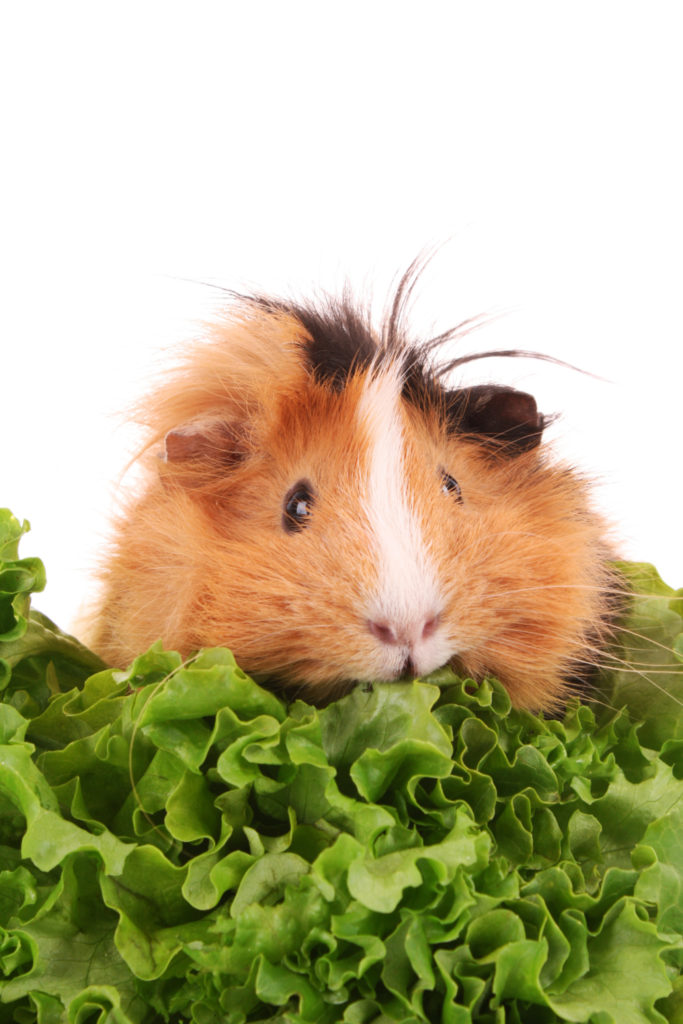 You should choose a female guinea pig that is not too young and not too old at the same time. A minimum of three months old is what the authorities generally recommend.

There’s this strange quirk between guinea pigs’ biology that their ligaments that are joining the pelvic bones together can harden as they age. This is said to make birthing difficult for them.

So in older guinea pigs, a Caesarean might be needed. But this has a considerable amount of risks. The only good in this is that mother and its young ones are unlikely to die due to this process.

It is also ideal that female guinea pigs used as a sire were bred before she turns six months old. Doing so can help in setting her hips as well as make future pregnancy less fraught.

Male guinea pigs, on the other hand, can be bred at almost any age. Ginger started mating when he was two months old.

However, older males are said to tend to lose their vigor.

How To Introduce The Pair?

Only the adult males or the boars will most likely engage in fights. Female ones don’t, or if they do, just very rarely.

The best way of introducing the pair is to put the male into the cage of female guinea pigs. You can learn more about how to introduce guinea pigs in this article.

Doing so will reduce the stress on the part of the female. It is also ideal that you keep an eye on them in order to make sure that they are really getting together.

You will know if the male is interested in the sow as he will usually make an exciting sound.

Sometimes, he would also walk around the female guinea pig funnily. You can leave them together if you are already confident that the female is pregnant.

You should take away the boar after 48 days.

Despite the fact that the majority of boars do not hurt their babies, if you let them stay, he will probably want to mate with the mother again right after she gives birth.

This is absolutely true as I have seen this myself; Ginger dared to mate with the mother moments after she gave birth.

So from then on, I always separate him from the sire.

How Do I Identify Whether My Guinea Pig Is Pregnant Or Not?

If you notice that your guinea pig’s food intake increases dramatically, then it could be an obvious sign that she is pregnant.

Later on, you will see that she puts on weight. You can also try to feel the babies in her tummy. But make sure to handle her very gently. 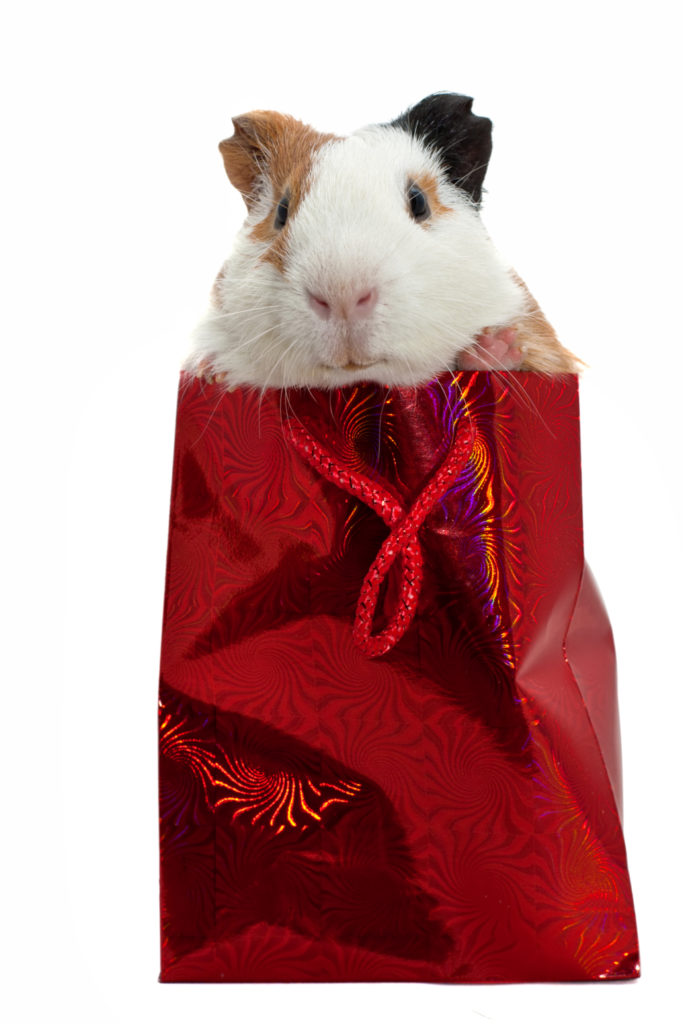 But to be sure, you can bring her to a vet and get her examined. The vet will be able to tell how many offsprings you can expect.

Much more, you can get the whole family checked for their health.

The longer the gestation period, the higher the chance of a miscarriage.

In this case, the mother requires additional care.

In as much as possible, you should avoid handling your guinea pig. That is because frequent handling can cause stress to her.

But other than that, it can also cause accidental injuries to the baby.

Furthermore, you should serve plenty of water and food to the mother while emphasizing foods rich in calcium, such as watercress, spinach, kale, okra, collard greens, and more.

The litter of guinea pigs is small. Thus, on average, they can only carry between 1 and 4 piglets.

However, some experienced sire has larger litters and carries several piglets that are more than the average.

At birth, the young ones are astonishingly developed. They might be seen trying out adult foods just within days.

Typically, baby guinea pigs are totally weaned within 14 up to 28 days.

At this time, you should separate both sexes from one another in order to avoid unwanted pregnancy.

How to breed guinea pigs? Before asking this question, you should first know whether you are ready to take care of more guinea pigs.

Deciding to breed your guinea pigs comes with responsibility. Baby guinea pigs are not just cute little creatures that can give you pleasure when they are born. But, they have life and they come with a  lot of responsibilities for you.

You need to sustain the baby guinea pigs until they grow up. That is also why it is important to avoid unwanted pregnancies since it will also prevent putting you in a situation where you cannot take care of the young ones.