Dog fights happen from time to time, even to the friendliest dogs. This is why knowing how to safely break up a dog fight is necessary to prevent injuries to both the dog and the owner. One of the most effective ways is the ‘wheelbarrow method’, where two dog owners pull each of the dogs on their hind legs.

This is followed by circling the dog to make it disoriented. This will break the dog fight and stop the dogs from jumping back into the fight.

Below, I discussed the wheelbarrow method together with other effective ways of breaking up a dog fight safely.

Dogs are pretty sensitive animals, and a lot of stimuli can trigger them. For example, dogs of the same gender may start a fight over territory or a female dog they want to mate with. 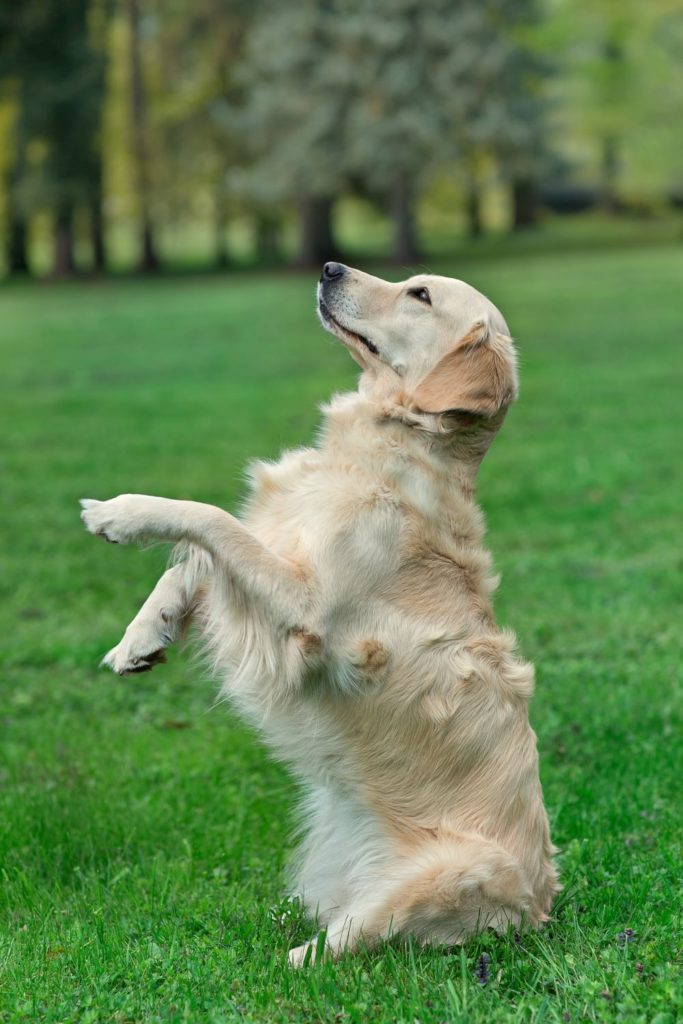 This is why experts recommend that you should get two dogs of different genders.

Despite being domesticated, dogs still have their innate canine instincts. This makes them react aggressively in some situations as a way to defend themselves and survive in the wild.

To give you a better idea, the following are the most common causes of dog fights:

Domesticated dogs who have been attached to their owners will give a fight if they perceive an imminent threat.

It could be a threat to their masters, their food, territory, or toys. If the other dog tries to claim these, your dog will be triggered, and it will enter fight mode.

Most dog fights occur due to being territorial. When a stray dog enters your yard, your doggo will fight back to reclaim its territory. You should know how to break up the dog fight before it can cause severe injuries to both dogs.

However, you should be careful as fighting dogs may experience redirected aggression, which I discussed below.

Redirected aggression happens when your dog diverts its anger from another dog to you or anyone who’s standing nearby. Your dog may become frustrated if it can’t fight the other because you’re stopping him. 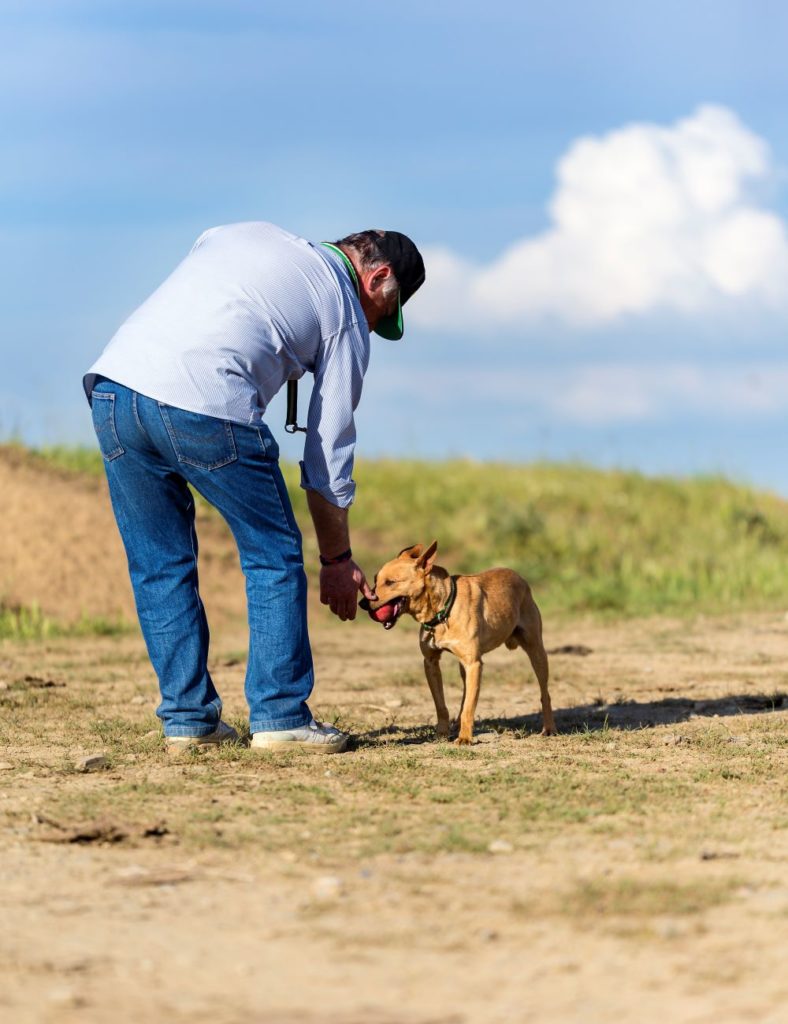 Due to this, your dog may vent its frustration toward you, being the closest target.

This can happen even if your dog is friendly and well-trained. Also, if your dog is kept in a fenced yard and can’t get into the canine outside, it may instead reach out to its family members as a release.

Sometimes, two dogs who are happily playing will suddenly erupt in a dog fight. This happens due to overstimulation. Your dog may become overexcited, or its brain will become overloaded with an activity that it can’t handle the situation anymore.

Aside from that, sensory stimulation may also occur in dogs, which can lead to dog fights. Hearing loud noises for too long, another dog barking non-stop, or always being on the alert mode will push a dog on edge. It will attack the dog causing the overstimulation and start a dog fight.

How To Safely Break Up A Dog Fight?

Many dog owners panic when their dogs engage in a fight. But instead of shouting and asking your dog to stop, the following are more effective ways to break up a dog fight:

Like what I had mentioned earlier, the wheelbarrow method is so far the most effective and safest way to break up a dog fight. I’ve used this with Sherlock, my Golden Retriever when he had a brush with another doggo in the park.

While the dogs are fighting, the owners of the respective canines will pull each dog apart by their hind legs. Right after breaking the fight, each owner will circle the dog, as if playing with a child.

This movement will help distract the dog and calm it down.

So far, this is the safest way to break up a dog fight. The circling movement will prevent your dog from attacking you from behind because of redirected aggression.

Instead, you can throw a blanket on the fighting dogs so they will lose their focus and borrow your time to retrieve your pet. Another way is to douse the dogs with water.

This will confuse them and break the fight so you can pull your pet away. 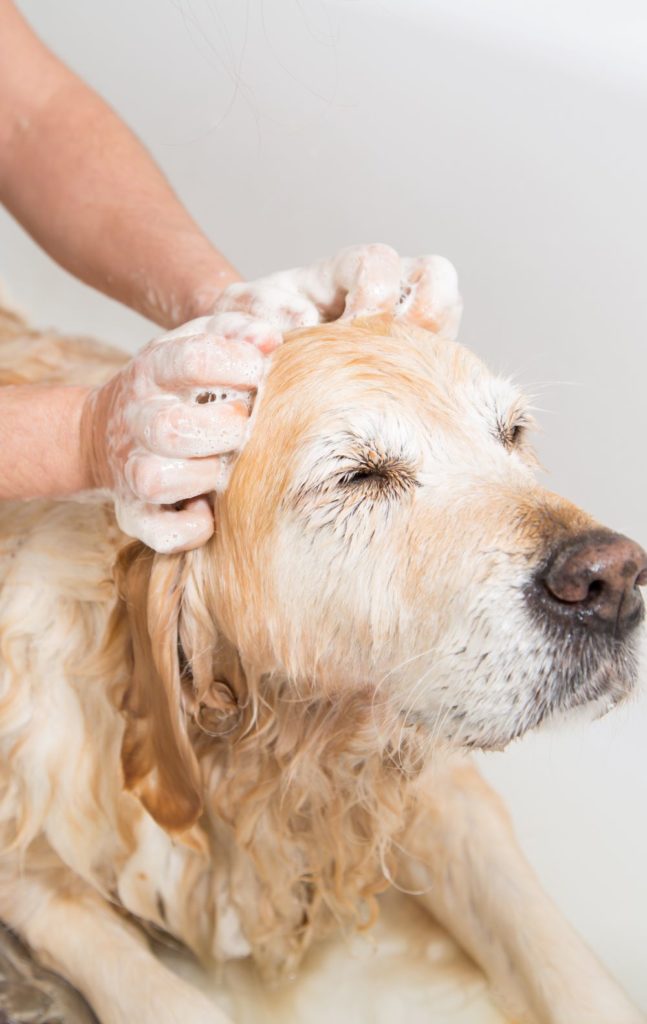 Remember that in any of these methods, the owner of the other dog must cooperate.

Otherwise, the other dog may lunge back and hurt both, you and your pet.

An umbrella will also work as a barrier between the two fighting dogs. However, use an umbrella with a long handle so you can safely break the fight.

Another way to break the dog fight is to pull your pet by the collar. This has a level of risk, but make sure that you’re not pulling upward. Doing so will make your dog think that you’re joining the fight as well.

Instead, pull sideways and watch out for your dog attacking you back.

After pulling the dog from the collar, leash it, and remove it from the scene. The other dog’s owner should do the same to break up the dog fight safely.

Sometimes, a dog may latch on another, which will deem the other methods here inefficient. To release your dog’s bite, slide a stick through its mouth and twist it upward.

Make sure that you use a flat and strong stick that can put up with the pressure of your dog’s bite. Also, watch over your hands to prevent being bitten.

If your dog is prone to dog fights, I suggest purchasing a break stick. This is made safe for your dog while being tough enough to release bites.

Can We Use Pepper Spray to Break Up Dog Fight?

Dog pepper spray is a defense formula that is similar to regular pepper spray and can be effective for breaking up dog fights instantly by making them disabled. 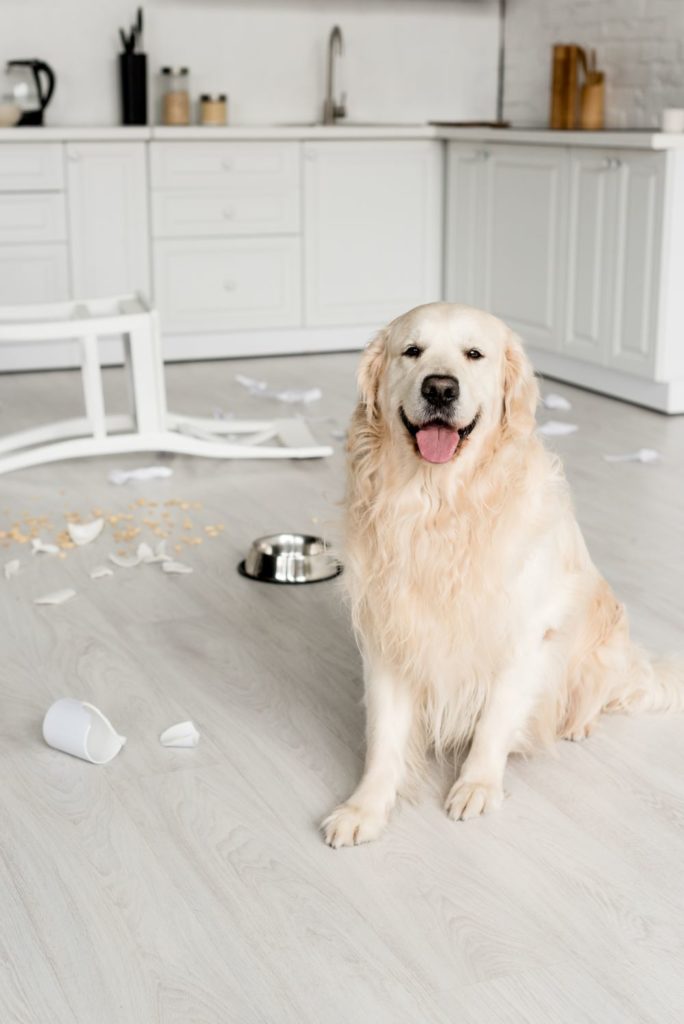 This spray is influential in fights temporarily and does not cause any permanent injury or pain at the same time, making it a safe choice to use.

One must carry pepper spray for their safety when you take your dog out for a walk.

What To Do After A Dog Fight?

After breaking the dog fight safely, you must calm your dog to prevent redirected aggression. You must do the following to ensure that your pet is safe: 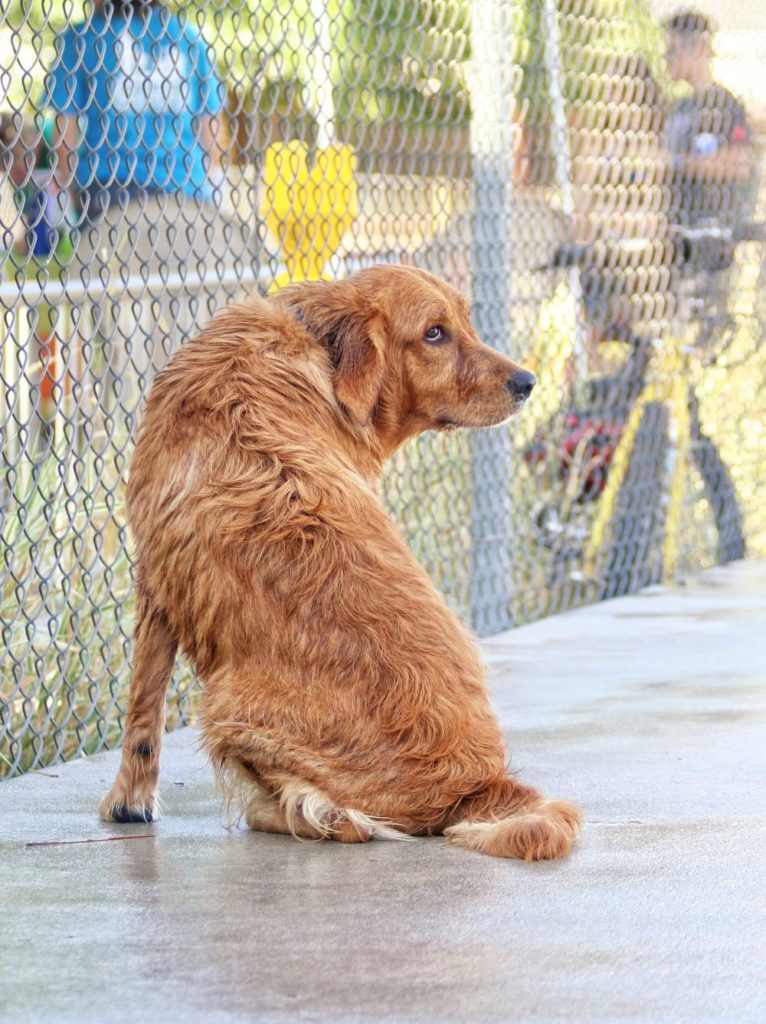 Knowing how to safely break up a dog fight is necessary for both you and your dog. It will stop your dog from hurting another canine, and it will also protect you from potential injuries.

Remember to stay calm and never use your body as a barrier between the fighting dogs. Instead, utilize the wheelbarrow method and objects that will disorient the two fighting dogs.

We hope the information from this article will help you keep your dog safe and away from potentially dangerous situations. Thank you for reading!