Cats are naturally territorial, so they would usually pester other felines at home. Two cats living under one roof may sometime spell endless catfights.

So the question is this: how to stop my cat from bullying my other cat? The key here is training and introducing the cats properly. You must also give each cat separate beds, bowls, and toys to prevent any encounter that may lead to cat bullying.

Why Does My Cat Attack My Other Cat?

Catfights happen from time to time, but if your other cat seems to have a lingering dislike of your other feline, something is going on. The following are the most common reasons:

Same-sex cats living under the same roof are prone to catfights, especially intact ones. It’s also the reason why male cats will appear to bully female cats who are in heat.

Even if the female cat isn’t sexually receptive, male cats will try to mount and mate with her.

Some cats tend to be in the lower ranks, causing dominant cats to bully them around. If you are to get a second cat, make sure that it will match the personality of your first kitty. 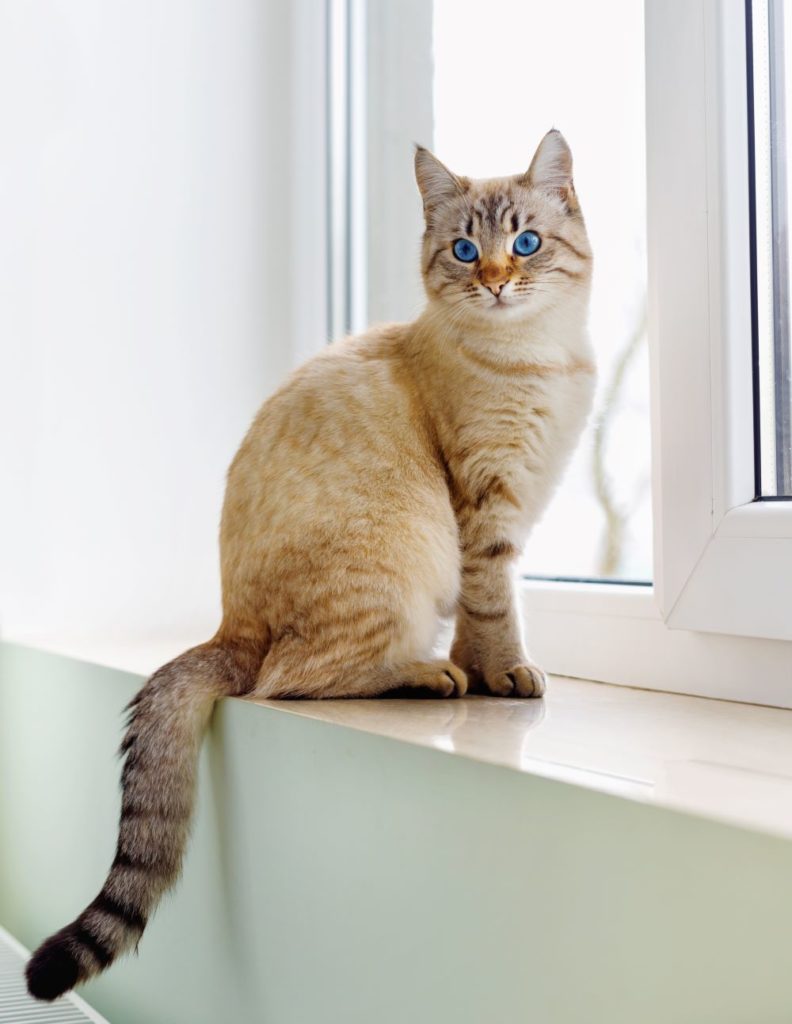 Cats mark their properties through cheek rubs and spraying urine. When other cats try to invade their territory, their defensive mode will turn on. This may appear as if your cat is bullying another cat.

If the territory isn’t an issue, your cat will probably fight for food, toys, and other resources at home.

Are you giving more attention to the other cat? It’s possible that your bully cat is just trying to reclaim its position as your top feline. Some cats will bully other cats at home once they realize that it catches your attention.

Felines start their social maturity at 2 to 4 years. This is also the same time when you will notice your cat testing the other kitties at home.

How To Stop My Cat From Bullying My Other Cat?

Stopping your cat from bullying another cat should never include violent punishments. Instead, you must do the following:

As soon as you see your cat bullying the other cat, you should intervene to stop the behavior. This will make your cat realize that the behavior is uncalled for.

You can also put the bullying cat on time out inside the bathroom for 20 minutes. Do this repeatedly until your cat realizes that bullying has consequences.

If your cats don’t seem to go along really well, positive associations will do the trick. For example, you should only give treats when your cats are together and not fighting.

If one of the cats tries to bully by being resource-aggressive, you must retrieve the treat and put that cat in time out. You can do the same on toys, food, and other things that your cats are fond of.

If the other cat is a newcomer, it’s important to slowly introduce it to your first feline. Always make interactions positive. For example, you’ll only give the old cat treats if the new cat is around. This will make the cat associate the new kitty with something positive.

If the bullying happens during mealtime, it’s best to give each cat a separate food bowl. This will prevent a kitty from being resource-aggressive as it tries to guard its share of food.

It’s important to keep the new cat separate from your first cat in the meantime. Over time, train your cat to share with the other cat until the tension is no longer evident.

4. Give them their own territory

A cat bullying other cats is often trying to maintain its territory. This is normal and evident even in felines in the wild. In this case, you must increase each cat’s territorial space. 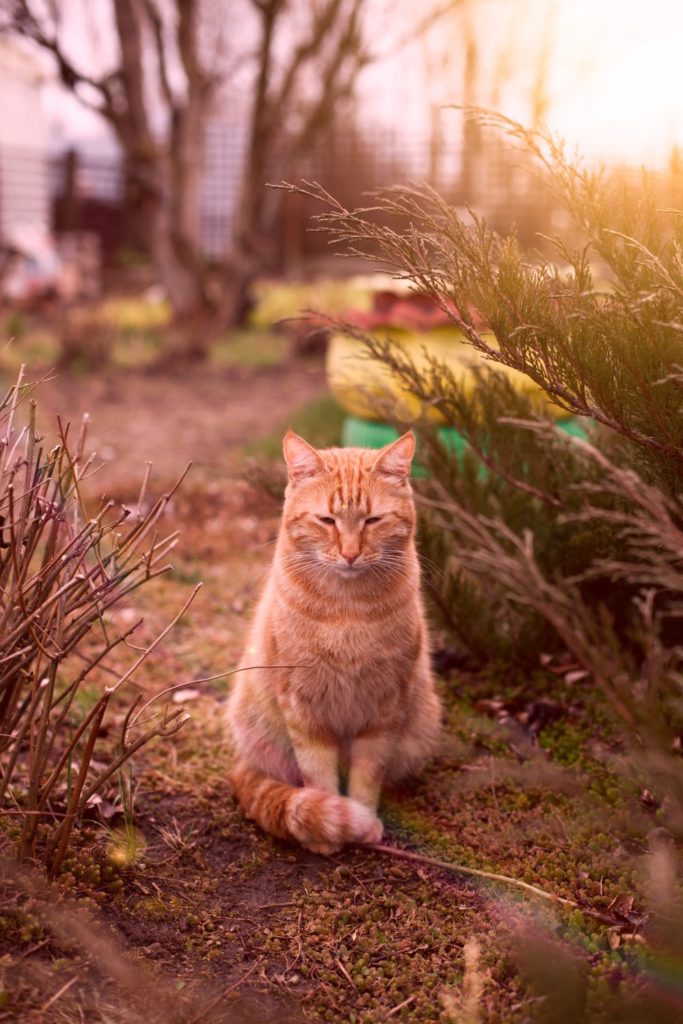 This means getting more cat trees, additional toys, extra perches, and so on. This way, your cat will not have to resort to bullying the other just to get its spot.

Increased territorial spaces translate to fewer catfights and decreased competition over various resources. Imagine your cats as toddlers. If there are more toys, they are less likely to fight over a single one.

Cats hate sudden changes. If you happen to change something at home say the placement of their things, your cat will be confused, and it may cause aggression. In the process, cats may redirect this aggression to the other cat at home.

It’s important to give both cats equal attention and affection. This way, the other cat will not resort to bullying just to get your attention. Cats can be jealous beings, too, especially if the bully one is clingy to you. You should never run favorites; instead, give both kitties fair tenderness, love, and care.

If the cause of bullying is sexual attraction, it’s best to get both cats spayed or neutered.

The truth is that desexing cats will reduce their aggressive and bullying tendencies by up to 90%.

It will make the cats calmer since they will not fight for their mates. Also, it will reduce the territorial tendencies of the kitty.

Overall, it may even help your two cats get along.

How Come My Cats Used To Get along And Now They Fight?

Some pet owners were surprised that their two cats that getting along will suddenly fight. If it happens after a visit to the vet, the reason is very simple.

Cat scents get mixed up in the vet’s clinic. And once your kitty goes home, the other will sniff the foreign scent. 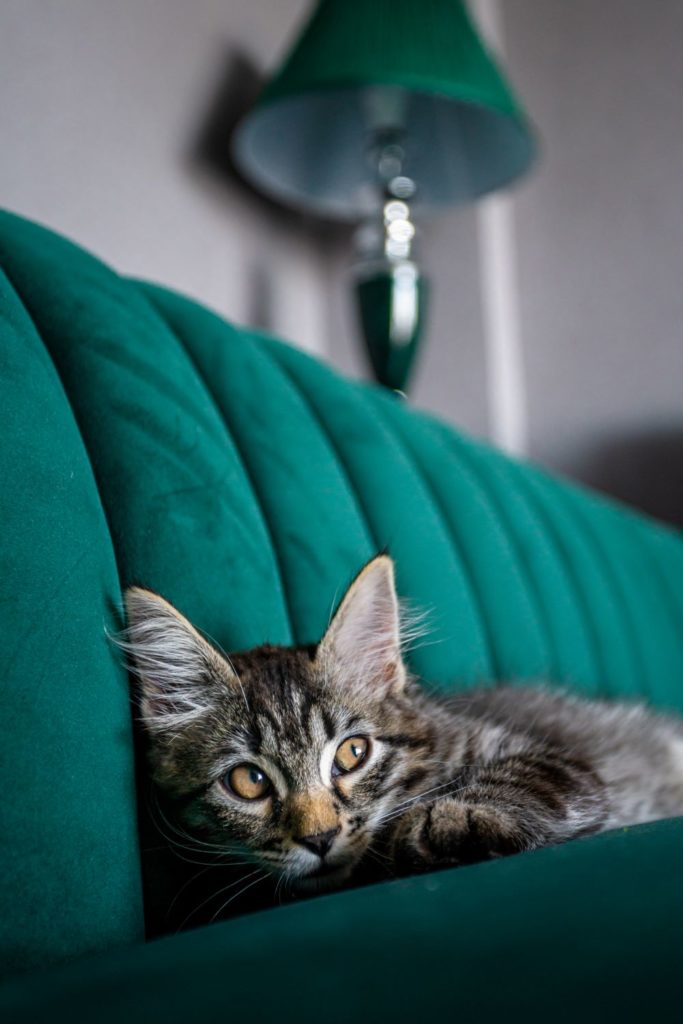 This will trigger the territorial instincts of your kitty that were left at home. Until the foreign scent goes away, your cat may bully the other feline.

However, if your cats didn’t go to the vet, you should consider the potential of a health problem. Cats that are ailing are easily irritated. The other kitty might tick the cat off, which may result in bullying behavior as a retaliation.

The only way to fix this is to bring the ailing cat to the vet to solve the medical issue.

Do Cats Get Jealous?

Yes, just like humans cats do get jealous when they feel that they are being excluded and are not getting enough attention.

It may include having a new pet/family member in the house or the cat not getting enough personal space.

A jealous cat growls and swats at the object she is jealous of. 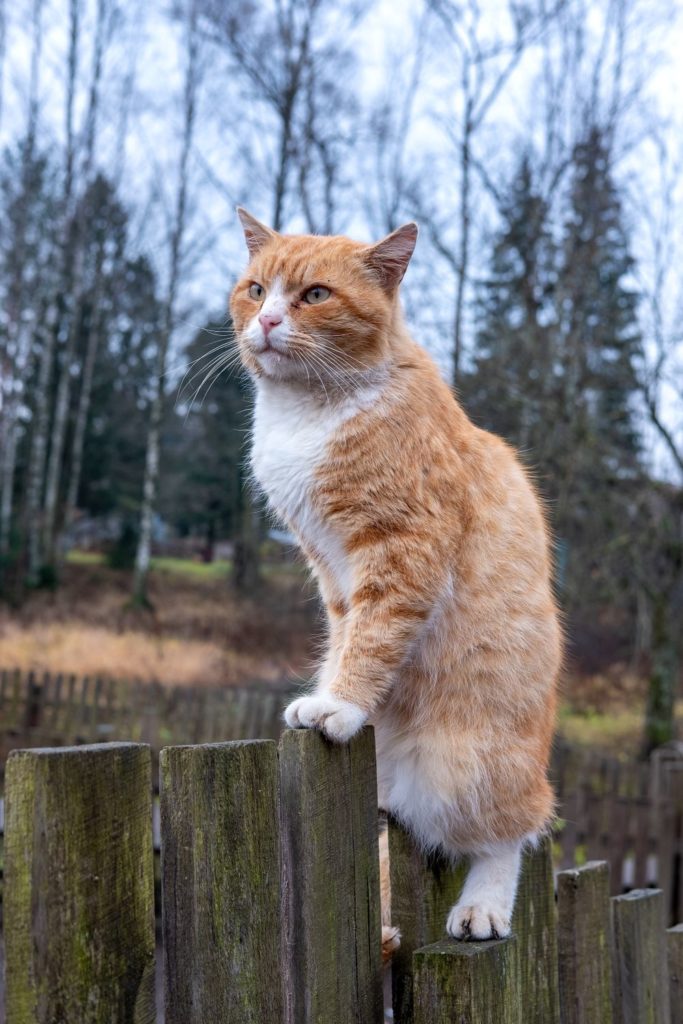 In rare cases, they might show destructive behavior by chewing on furniture, and other items.

Spraying the walls and urinating outside the litter box can be other signs of jealousy.

Do you have two cats that don’t seem to get along well? If so, you can try the following techniques to boost their bond and eventually make them inseparable:

If the two kitties have a bad start, it’s best to keep them separated at home.

After a few weeks, reintroduce the two slowly. This time, reward the bully cat if it doesn’t show any aggression.

One trick that you can do is to place the other cat’s food bowl right next to the other while it’s eating.

This way, the bully cat will catch the scent of the other feline and get used to it. 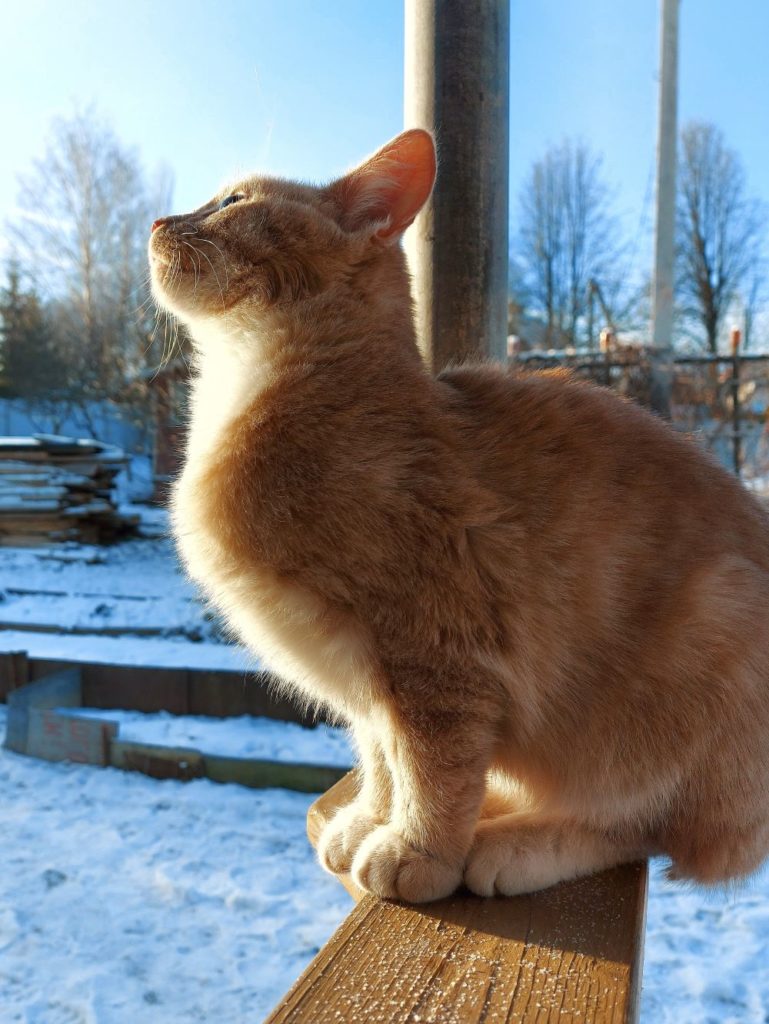 You should also let the cats explore each of their rooms without the other in it.

If your cat bullies the other, it’s best to limit the cause of stress at home. Remove anything that triggers your cat’s aggression.

Letting your cat accustomed to meeting other kitties will help in improving its relationship with the other cat.

This way, your pet will learn how to co-exist with the other cat at home. Patience is key here as the start won’t always be smooth-sailing.

How to stop my cat from bullying my other cat? A proper introduction is essential so your cat won’t try to dominate the other. You can always ask a veterinarian or pet trainer for some advice on how to solve the problem.

Remember, cats are naturally territorial, so a new kitty at home will cause their instincts to kick in. But with proper bonding, your two kitties can become best buddies.

Best of luck introducing your cats! Thank you for reading!