If you’re trying to get your cat pregnant, it’s important that you know how to tell if cat mating was successful. While mating between felines has high conception rates, it’s still best to be sure.

It can be really tricky to find out whether your cat’s mating is successful. Most of the time, owners would wait for weeks until their felines show signs of pregnancy. 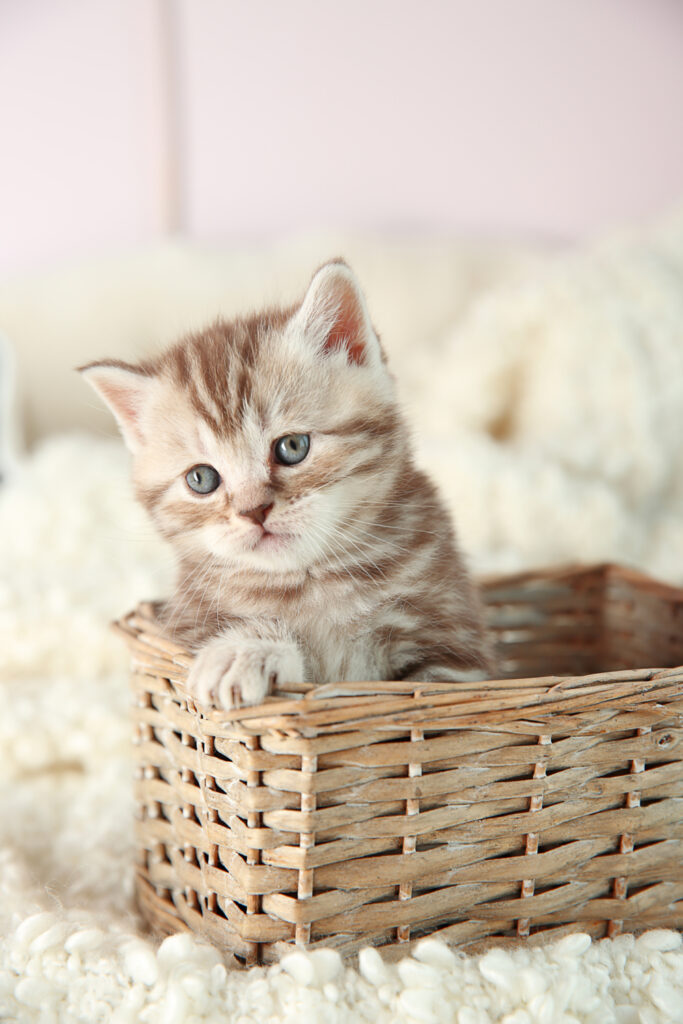 The good thing is that most intact female cats get pregnant easily as long as they are mated by a viable male feline. Just remember that symptoms of successful mating can differ from one cat to another.

Below, we discussed eight signs you should look for. Aside from that, you should consult your cat’s veterinarian for further advice.

One of the most common misconceptions is that when a female cat rolls on the ground after mating, it’s going to be pregnant. Take note that this rolling will likely happen on every mating encounter, regardless of whether it’s successful or not.

A female cat will roll on the ground after mating due to various reasons. You’ll notice the feline vigorously rubbing its body and face all over the place.

The first reason behind this behavior is the hormonal frenzy. Right after mating, a female feline experiences a sudden discharge of hormonal discharge. 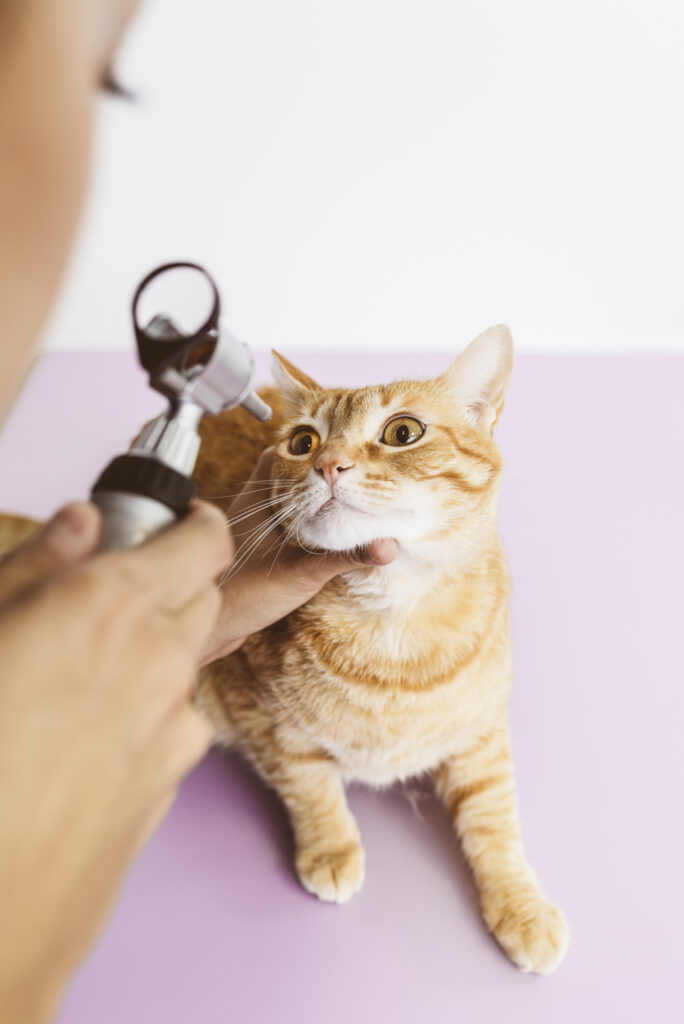 Also, cats do this to release their excess energy and anxiety after mating.

Lastly, female cats will roll and rub its body to get rid of the male feline’s scent. This way, they will be clean for their next suitor.

Overall, rolling after mating is normal and shouldn’t be a cause of concern. However, you should keep in mind that it’s not the sole indication of successful mating.

Signs that cat mating is successful

If your female cat recently mated with another feline, the following are signs that the copulation is a successful one:

1. Stoppage of the heat cycle

If your cat’s heat cycle ended, it’s a sign that the mating has been successful.

In general, female cats will go in heat every 2 to 3 weeks if the previous mating attempt was unsuccessful. So if your kitty refuses to mate or isn’t seeking a male cat after 3 weeks, it’s safe to say that it’s already pregnant.

During the first three weeks after a successful mating, you’ll notice behavioral changes in your cat. It will groom more frequently and it will be marking around the house incessantly.

Also, a pregnant cat will be clingy and more affectionate. You’ll notice your cat following you around, especially if it doesn’t use to do so.

If your female cat becomes a voracious eater after mating, it could mean that the attempt was successful. Your pet will eat more as its body requires more nutrients to sustain the growth of kittens.

Usually, a pregnant cat will eat 50% to 100% more of its usual meals. Also, it’s important to ensure that the diet is balanced enough to support the needs of a pregnant kitty. 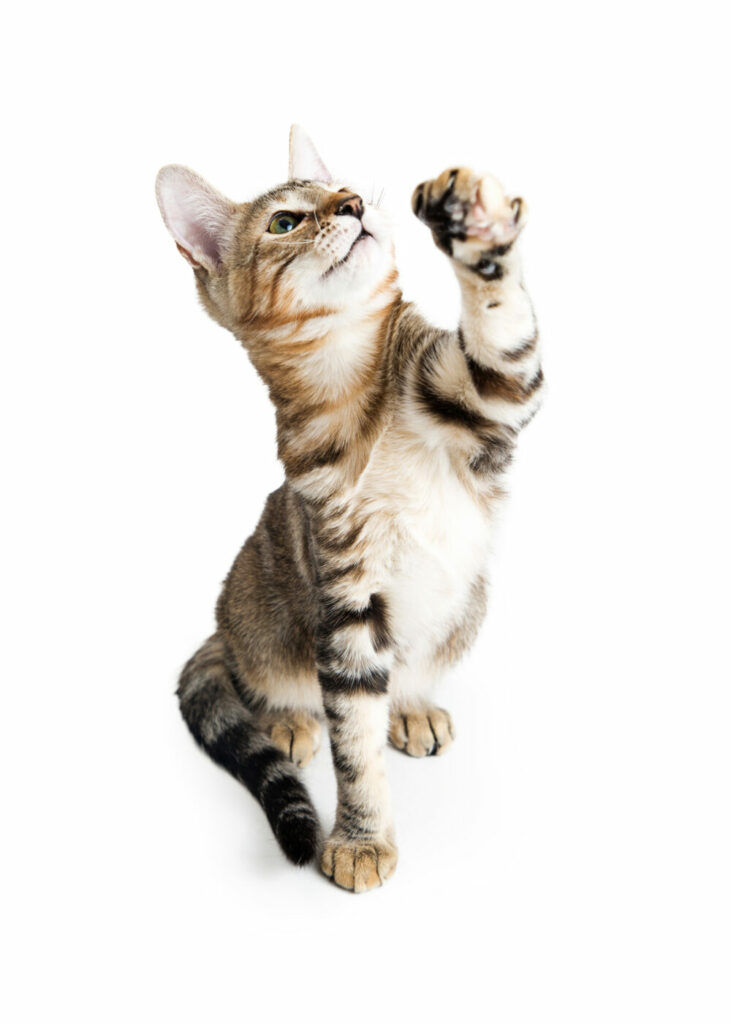 You can consult your cat’s vet about a potential diet change. Depending on your pet’s overall health, supplementation might be advised.

Since a pregnant cat will be eating more, it’s normal for the kitty to gain weight. This is one of the signs that the mating process was successful and your cat is already pregnant.

However, it’s important to confirm this along with other signs. Sometimes, cats are just massive eaters even if they aren’t really pregnant.

In general, a pregnant cat will gain up to five additional pounds. This depends on the breed and your kitty’s activity level.

Two weeks after a successful mating, a female cat’s nipples will become noticeably enlarged. This is in preparation for lactation once the kittens are born.

The mammary glands of your cat will become enlarged since its body is already starting to produce milk. You’ll notice the nipples swollen and pinkish, which is also called by many as ‘pinking’.

This part can be tricky to see if you have a long-haired cat. So weeks after mating, it’s best to poke through its thick fur to see any nipple changes.

Whether you observe it or not, successful mating will lead to abdominal enlargement. Like a pregnant human, mother cats will soon have a noticeable ‘baby bump’.

Depending on the size of the litter, the bump can be noticeable within 3 to 4 weeks. At the 5th to 6th week, you may see the kittens moving on your cat’s tummy.

During this point, you should practice extra care. Always be gentle with your pregnant kitty as the unborn kittens can easily get hurt.

A few weeks after a successful mating, your cat will exhibit nesting behavior. Some will try to collect other pets by lifting them off the scruff (back of the neck).

Usually, this behavior occurs later into the pregnancy, but other felines may show it early.

Take note that intense nesting is a sign that your pregnant cat is about to give birth anytime soon.

Like pregnant humans, cats can also suffer from morning sickness weeks after successful mating. It’s one of the earliest signs that the mating was successful and your pet is already pregnant.

You’ll notice your cat vomiting and losing its appetite. Don’t worry because your feline’s appetite will soon kick in once the morning sickness phase is done.

However, you should know that vomiting is also a general symptom of a slew of health problems. If you’re not sure whether your cat is pregnant or not, it’s best to consider the last point.

Veterinary diagnosis is the guaranteed way to tell if your cat’s mating is successful. The veterinarian will conduct an ultrasound exam to see if there are kittens in your pet’s tummy.

Just note that ultrasound tests will only be viable 16 days after successful mating. At this time, the kittens are big enough to be seen at the scan and the vet can give you an estimate of the litter’s size.

Even if you’re quite sure that your cat is already pregnant prior to ultrasound examination, you should still bring the feline to the vet. This way, you’ll receive proper care advice.

How to prepare your cat for mating

If you’re planning to get your cat pregnant, it’s important to prepare the feline first. This will increase the chances of successful mating and ensure a healthy pregnancy.

Here are a few important pointers to remember: 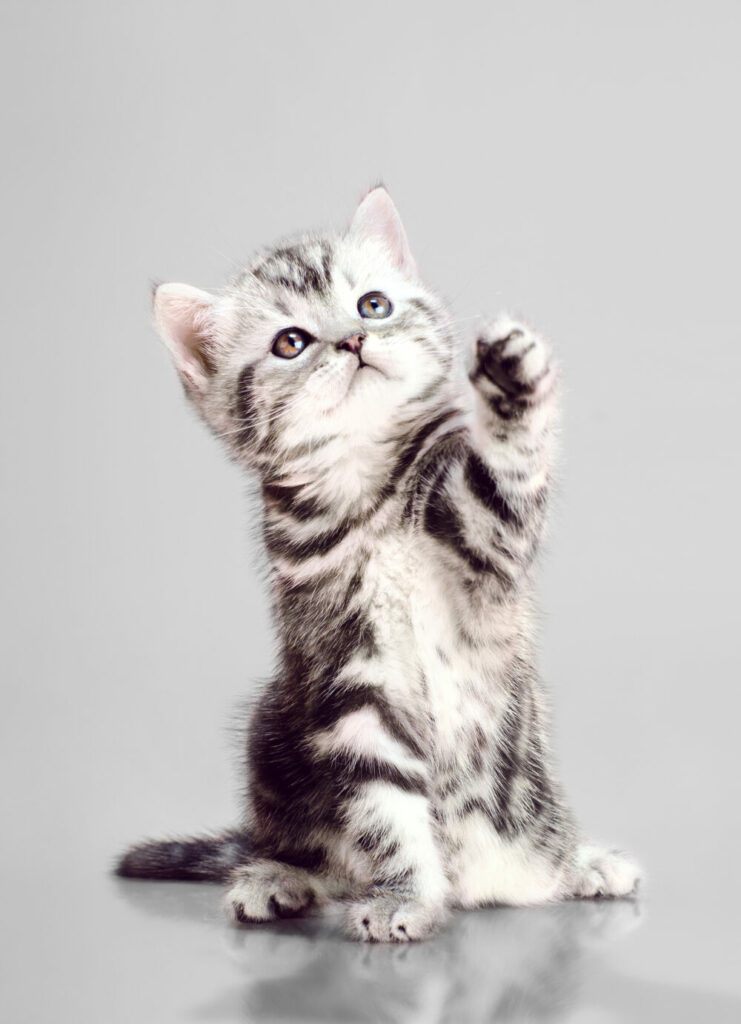 How many times does a cat have to mate to get pregnant?

Felines are induced ovulators, meaning that repetitive mating increases the production of eggs in the ovaries. On average, it may take around 3 to 4 mating attempts for a female cat to start ovulating.

With this, frequent mating increases your feline’s chance of getting pregnant. Still, this depends on the overall health condition of your pet and the viability of the tomcat.

In some cases, the vet can get pregnant on the very first mating.

Do cats get pregnant every time they mate?

Felines don’t get pregnant every time they mate. This is why many female cats will have to be mated repeatedly before it bears kittens.

In general, a female cat can mate up to 20 times a day. Despite that, there are instances where the female kitty still won’t get pregnant.

Can a cat get pregnant if not in heat?

A cat can’t get pregnant if it’s not in heat. This is because the estrus cycle is the period where eggs are produced in the ovaries.

But since cats get in heat multiple times a year, it may seem like they can get pregnant anytime. Still, even if a male cat tries to mate with a female that’s not in heat, it’s very much unlikely for a pregnancy to occur.

How long after a cat gives birth can she get pregnant?

Take note that cats can get pregnant within two weeks after giving birth to a litter. Still, it doesn’t mean that you’ll let the kitty do so.

Excessive breeding can take a serious toll on a cat’s health. Aside from endangering the mother cat’s life, the kittens will likely be sickly due to the former’s poor health condition.

In general, cats should only get pregnant one to two times a year for their safety. Anything more often than that is already dangerous for the mother feline.

Why does my female cat refuse to mate?

If your cat refuses to mate with a tomcat, it’s possible that its estrus cycle is yet to start. The period outside of the heat cycle will make a female cat non-receptive of mating.

Also, cats can be very picky of the male cat they want to mate with. So if your feline declines a specific tomcat, it’s best to look for another.

You should also consider the possibility that your female cat isn’t feeling well during the time of mating. An upset stomach, hunger, injury, or underlying illness can cause this.

How do you know when a male cat is ready to mate?

A male cat is ready to mate once it’s at least 18 months old. At this time, the tomcat is physically and sexually mature to sire a litter.

However, other breeds can mate a female cat at an age as young as 6 to 7 months. Meanwhile, other breeds like Maine Coon and Norwegian Forest Cat will take up to two years to fully mature sexually.

It’s crucial to care for your pregnant cat to ensure healthy kittens. This starts by knowing how to tell if cat mating was successful in the first place.

The steps discussed above, together with veterinary expertise, will help determine whether your cat is pregnant.