It’s a known fact that felines are natural groomers, but what does it mean when a dog licks a cat? While cats and dogs are stereotyped for intense rivalry, many of them actually get along. In fact, licking the cat is actually a sign that your dog is submitting to your feline. It’s also possible that your dog is grooming the cat or licking an interesting taste from its coat.

There are many explanations for this behavior, and all of them are fascinating. Below, I discussed this topic and why dogs tend to do it:

Why does my dog lick my cat?

A dog licking a cat isn’t that uncommon. Dogs are very social beings, while many cats are highly tolerant. This is the same dynamic I observed on my two pets, Sherlock the Golden Retriever and Watson the orange tabby. I will often catch Sherlock licking Watson, and this is what their vet said:

Dogs are pack creatures, and they need to establish a hierarchy, even in the domesticated setting. If your dog licks the cat, it’s a sign that the former considers the feline as a higher being. Licking is a show of submission to the cat, especially if you have a feisty one. This is a nod to canine’s behavior in the wild, where they lick the alpha to recognize its superiority. please read here why dose my dog lick me in the morning

2. Your dog likes the smell or taste.

Another possible scenario here is that something got stuck on your cat’s fur, and your dog likes it. It can be bits of cat food or dirt that your pooch finds appealing. Also, if you’ve recently given your cat a bath, the moisture or smell of the shampoo might be attractive for your dog.

It’s also possible that your reaction to the behavior reinforces it. If you reward or praise your dog when licking the cat, it will keep doing it. Your dog knows that such action pleases you and gets them some form of reward. It doesn’t matter if your response is positive or not. In the end, it’s still attention for your dog.

4. Your dog is grooming the cat.

A dog licking a cat can also be a plain habit of grooming. Your dog probably learned it from your cat if it also licks your canine pet. And while dogs aren’t known groomers, they still groom those they hold dear. This includes you and other pets at home they get along with.

You should take it as a positive sign that your two pets are getting along. As long as the cat isn’t ripping your dog’s face, this is nothing but an adorable moment.

5. Your dog is trying to get something.

On the other hand, your dog may be trying to get something that your cat has in possession. By licking, your dog is trying to distract or get your cat’s attention. It can be followed by whining as your dog gets more and more frustrated.

Should I worry about this behavior?

Most of the time, a dog licking a cat isn’t a cause of concern. This is typically a harmless behavior. However, if your cat is yelping when your dog is licking, you should intervene and check. Your dog is probably doing more than licking, which is hurting the poor feline. please read here why dose my dog lick metal

Also, you have to be careful with compulsive behavior. While rare on well-raised dogs, compulsive behavior will lead canines to lick and chew body parts out of nothing. They can also vent this chewing and licking habit on objects and other pets.

Canines with compulsive behavior need early intervention to curb the problem. It’s best to bring the dog to the vet for proper examination. The veterinarian will also pinpoint the reason why your dog is exhibiting such behavior toward your cat.

Why does my cat lick my dog?

When a cat licks a dog, it’s a sign that the feline considers the latter as part of its family. Unlike dogs, cats don’t live in packs, so their sense of hierarchy is quite vague and sometimes non-existent.

Also, by licking, your cat gets to mark the dog as part of its territory. This is the same reason why cats will often lick their owners.

If you have a little puppy and an adult cat, the latter might be playing the mother’s role to the dog. This happens when cats have strong maternal instincts. read more here why dose my cat sleep in the little cat

Overall, licking your dog is a sign of affection from the cat. This is a good sign that your kitty is accepting the dog as part of the household. It’s good if your dog receives it well.

Why is my dog licking the cat’s ear?

There’s a complex reason why a dog would lick the ear of a person or another animal. It’s a sign that the dog is comfortable with the cat and considers it a member of the pack.

However, it’s also possible that your cat’s ear is smelly. This will attract your dog on which licking will ensue. It’s a sign that your cat is due for ear grooming. While cats can groom themselves, they need help with the ears since they can’t reach them.

Dogs that can’t stop chasing after your cat has their instincts at play. Herding dog breeds like German Shepherd, Cattle Dog, and Border Collie will often follow your cat to ‘collect’ it. They will block the cat’s way as if herding livestock on farms.

On the other hand, some dogs have strong hunting instincts. They will chase after a cat like a ball thrown in the open. In this case, you have to watch out as your cat may get hurt.

But on a lighter note, it could be that your cat and dog formed a special bond. Following your cat around might be your dog’s way of seeking comfort and initiating playtime with the feline.

Why is my dog drooling around my cat?

Dogs will drool around a new cat or kitten due to stress. The presence of a new animal is a sudden change in their environment and a competitor to your attention.

However, it’s also possible that your dog is excited to meet the cat. Since your dog doesn’t know how to express its happiness, it will slabber around the newcomer. Some canines also drool when meeting a puppy, so this isn’t usually a cause of concern. please read here why is my dog drooling around the new puppy

Anyway, a dog that’s drooling around a cat doesn’t mean that it’s going to eat the feline. But if your dog seems to be drooling too much, you can always consult the vet. Your dog probably has a coinciding dental problem during the cat’s arrival.

Why does my cat rub against my dog?

Rubbing its body to someone is your cat’s way of marking its territory. It’s also a sign that the cat is comfortable with the person or animal. So when your cat rubs its body against your dog, it’s a sign that the feline will get along with your resident canine.

You will also notice your cat rubbing profusely once your dog arrives home from a walk or the vet. This is because they have to re-mark the pup with the cat scent.

Our cat Watson does this all the time with our dog, Sherlock. They have been inseparable ever since, which is everything we could hope for.

What does it mean when a dog licks a cat? Most of the time, it’s an adorable gesture showing that your dog recognizes the cat as a member of its pack. It’s a submissive behavior, which is a good sign that your dog likes the cat. Most of the time, this action isn’t harmful and is even adorable to watch. Unless your cat is yelping in pain, this is a positive interaction. please read here My Dog Yelps When I Pick Him Up, What is Wrong? 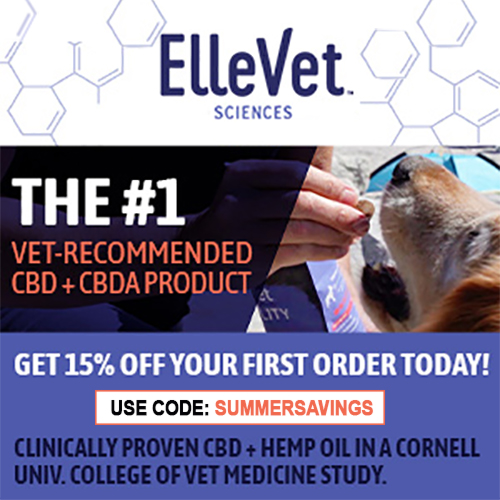