What does it mean when a dog puts his paw on you? Experts say that your doggo might be saying ‘I love you‘. It’s a sweet gesture, which is your dog’s way of petting you back. But before you drown from canine love, you also have to consider that this behavior might be due to hunger, insecurity, or that your dog wants something from you. Just like any behavior, it depends upon the context and the actual situation. You have to factor in other tone and body language your dog will exhibit while putting its paw on you.

Why does my dog put his paw on me?

Again, a dog’s behavior can mean a lot of things, but if it’s about putting a paw on you, the following might be the explanation:

If your dog is calm and puts its paw on you, it might be their way of showing affection. Dogs would usually do this while you are petting or stroking them because they feel good. And to reciprocate the right feeling, they try to comfort you with their paw.

Also, putting its paw on you voluntarily is a sign of trust. Dogs are vulnerable when they offer their paws, so it says a lot when they offer it to you. It’s a good thing, but you should still watch out since some dogs tend to be demanding when you let them put their paw on you every time.

Another common reason for this behavior is that your pet is demanding attention. A dog puts his paw on you to say, “Hey, let’s play!” or “Pet me human!”. Since dogs are pack beings, they thrive on companionship, much so domesticated canines.

If your dog has bonded with you well, it will not be shy about its feelings. It will put its paw on you if it feels neglected. Just imagine yourself working at home for hours, then your doggo appears and demands to put its paw on your hand.

Make sure that you schedule bonding time with your dog, so they don’t feel left out. Please give it a short walk or some playtime to drain its extra energy.

Your dog can’t talk, so the only way to get your attention is by barking or putting its paw on you. My dog Sherlock would always put his paw on me whenever it’s time for his meal. It’s his way of reminding us that he wants food, much like hungry toddlers.

The next time your pooch puts its paw on you, check the clock because it might be due for another meal.

However, here’s the catch: some dogs just won’t get satisfied. Canines with large appetites will keep pawing even after a large meal. Don’t tolerate this kind of behavior because giving in for another treat or two will expose your pet to the risk of obesity.

Dogs that feel insecure or frightened will seek comfort in the presence of their favorite person. If you’re not paying attention, the pooch will paw to let you know that they are not feeling well. It’s possible that thunder startled the canine, or there’s a commotion at home. A new environment or the presence of a stranger will also cause a dog to feel insecure.

However, no matter how scared your dog is, responding to the pawing may not be ideal. If you pet, hug or do something positive to the pawing, your dog will think that it’s okay to be insecure about minor things.

If you want to comfort your dog, go to a quiet room and call it in. Bring your dog’s bed and other toys to appease its nerves. And if you know that your canine is afraid of loud sounds, make sure that they are in a quiet and comfortable spot on New Year’s Eve and other occasions that involve fireworks and loud sounds.

While most reasons behind a dog putting his paw on you are about affection, it could also be a show of dominance. If the paw is accompanied by snarling, growling, or mounting, the behavior is likely aggressive. Your dog may exhibit this when you try to retrieve its toy or food bowl with food left on it.

This happens if you let your dog run the show. Putting its paw on you aggressively can fuel other behavioral problems. Your dog will try to reign on the household unless you show the pooch that you’re the alpha.

How to stop your dog from putting its paw on you

To help you address this issue, you can try the following tips:

Why does my dog paw at my face?

Pawing on the face can be due to the same reasons above, but it can also be due to boredom or copying your behavior. It would help if you never tolerated this behavior. If your dog tries to paw your face, walk away, and ignore it if it tries to follow you around.

Training is also necessary to combat this potentially harmful behavior. Rewarding acceptable behavior and not tolerating the bad ones is the key to teach your dog discipline.

A dog putting a paw on another dog’s head

But what if my dog puts his paw on another dog? This gesture is an assertion of their dominance. Some dogs would also try to rest their body to another dog to impose their dominance over the other. It’s like the dog saying, ‘I’m the top dog!’.

However, if it tries to do the same to a family member, you must act upon it. Put your pooch on time out because this behavior suggests that your pooch is aiming to be the alpha. Also, if your pooch is putting its paw and bullying another dog, you must do the same disciplinary actions. Remember that any negative behavior that has been tolerated can be difficult to correct later on.

What does it mean when a dog puts his paw on you? Most of the time, it’s a dog’s way of getting what they want. It can also be a matter of affection or even dominance. Whatever it is, try not to encourage the behavior as your pooch may exploit it to get their way. And like what we always say, use positive methods, and never punish your pet. 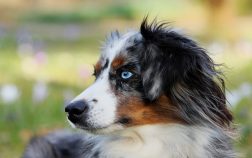 Pet Cosset may receive some form of compensation from the links on this page, at no extra charge to you. Learn more.   Australian Shepherds, … Read More 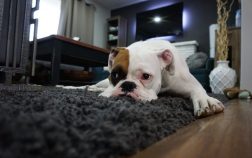 Pet Cosset may receive some form of compensation from the links on this page, at no extra charge to you. Learn more. When a dog … Read More 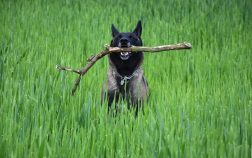 One of the biggest dilemmas a pet owner may face is a lost dog. Canines can cover a long distance, so it can be … Read More