What does it mean when your dog winks at you? My dog Sherlock always does to me and I found that it’s actually a sign of happiness. Dogs wink because they feel safe around a person or when they are submitting to their masters.

Since dogs can’t speak, they communicate with their bodies, including their eyes. However, you have to make sure that the wink is harmless and not due to some type of eye irritation.

What Does it Mean When Your Dog Winks at You?

Winking is a suave move from a dog. But in case you’re wondering, the following are some of the reasons behind the cute blinking:

1. Your dog is being submissive

Dogs communicate a lot with their eyes and you can easily tell their feelings by how they stare. A dog that gives a solid stare is dominant and can become aggressive. Meanwhile, dogs that wink at you are often submissive.

This means that the dog doesn’t want to fight and it doesn’t see you as a threat. More often, they recognize you as the leader of the pack by winking. 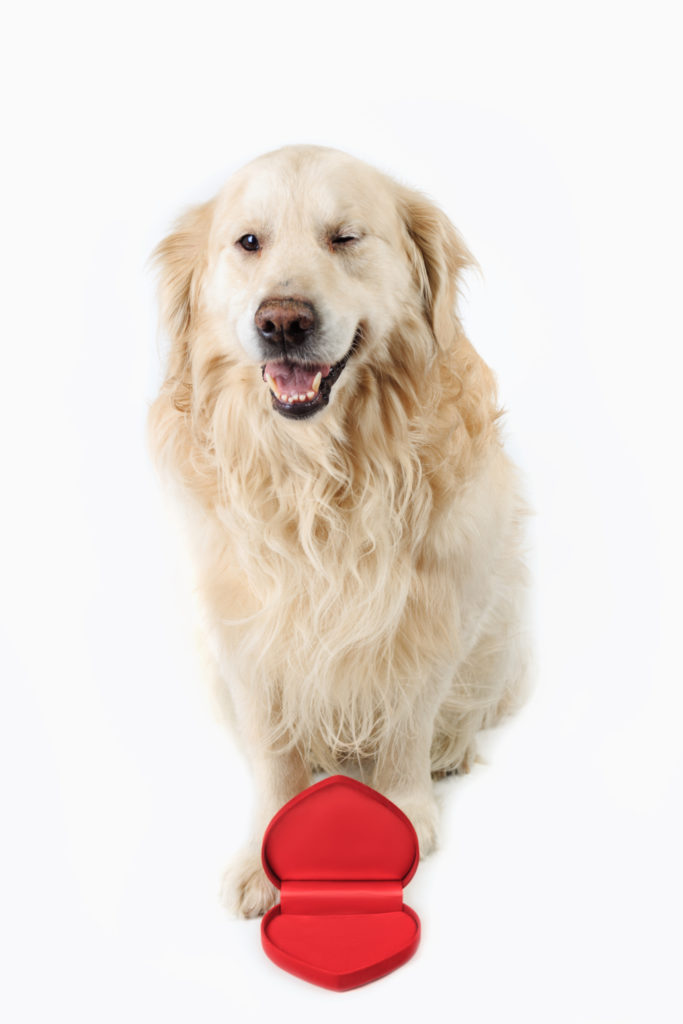 You should know that dogs don’t close their eyes when they are threatened. So when your dog blinks or winks, it means that it trusts you. They break their stare by winking so you wouldn’t think that they are calling for trouble.

A happy dog will wink at you as if to say “I love you”. This happens while you’re playing or petting the dog. Since dogs can’t talk, they use their eyes to send the message. You can actually return the favor by doing the same!

Winking can also be a sign that your dog respects you. It is contented and happy to have you as the alpha.

3. Your dog is mimicking you

Dogs take a cue from our behavior so don’t be surprised if your doggo suddenly blinks at you. If you wink a lot at your dog, the pooch will soon realize that it’s a good thing. They will copy it by winking back at you.

These little gestures develop over time. You should know that canines are smart and they can easily learn a trick if you repeat it in front of them.

4. You reward the behavior

It’s also possible that you reward winking whenever it occurs. It doesn’t have to be a food reward. Your excited reaction or the hugs your dog gets from winking are enough to encourage the behavior.

In turn, your pooch will keep winking to trigger the reward.

Overall, this is harmless behavior. As long as your doggo isn’t demanding about it, you can give it a nice pet for winking.

When Should You Worry About Winking?

While most reasons behind winking are harmless, you should also consider the possibility of eye irritation. If your dog doesn’t stop winking, you should have it checked.

Something might have gotten in your canine’s eyes, which causes the incessant blinking. 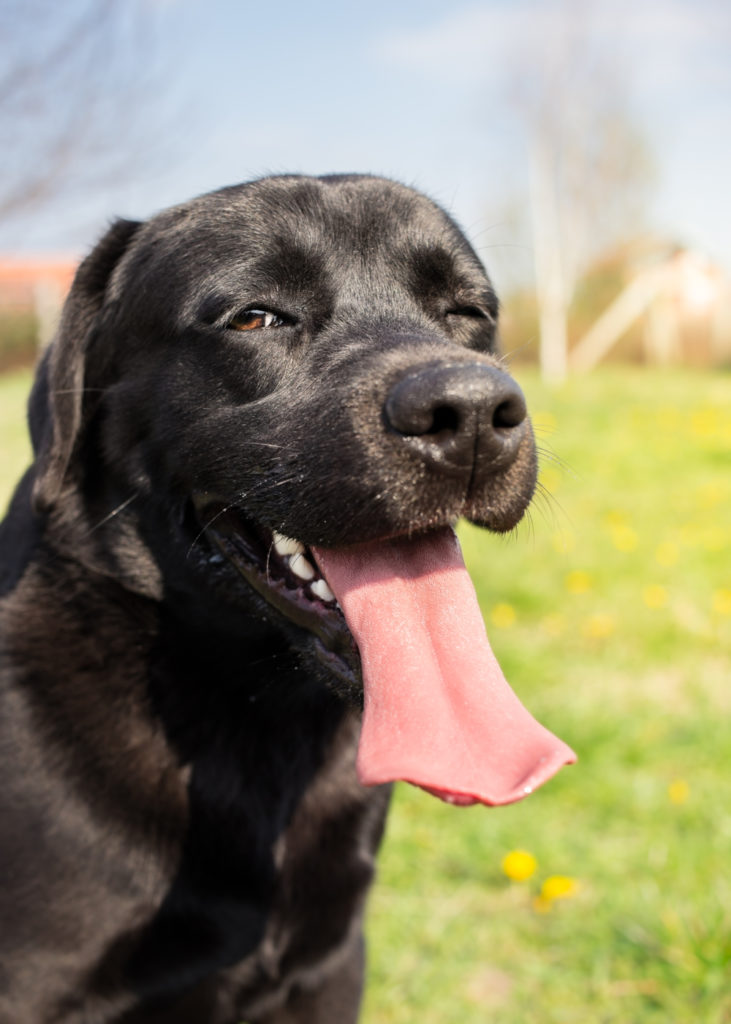 This can be anything from dust, pollens, or a more serious infection. If it doesn’t go away within 48 hours, it’s best to involve the veterinarian.

It’s important to rule out any possible health issues triggering unintended winking. If your dog’s eyes have a discharge, you should seek immediate veterinary care immediately.

Your dog might be suffering from conjunctivitis, dry eye, excessive tearing, and so on. Entropion can also be the culprit.

How To Train Your Dog To Wink By Command?

It’s always fun to teach dogs a trick or two from time to time. I always do this to my Golden Retriever Sherlock whenever I’m not busy at work.

Winking is pretty easy to teach. You only need some tasty treats and a lot of patience. Behavioral shaping is the key to this trick. Here’s how it goes:

It’s important to associate a cue word with the winking trick. For Sherlock, I use the word “Really?”. For your dog, it can as straightforward as ‘wink’ or ‘blink’. Whatever works for you will do.

The next step is to trigger your dog’s winking. You can do this by saying the cue word and then touching the dog’s whiskers along its muzzle. Choose an eye you want to wink and stick on that one.

By touching the whiskers, your dog will automatically close the eye near it. Thus, a wink.

The moment your dog winks, give it a treat and praise it. Keep repeating this until your pooch winks even before you touch the whiskers. Over time, your doggo will recognize the cue word and wink without physical stimulation. 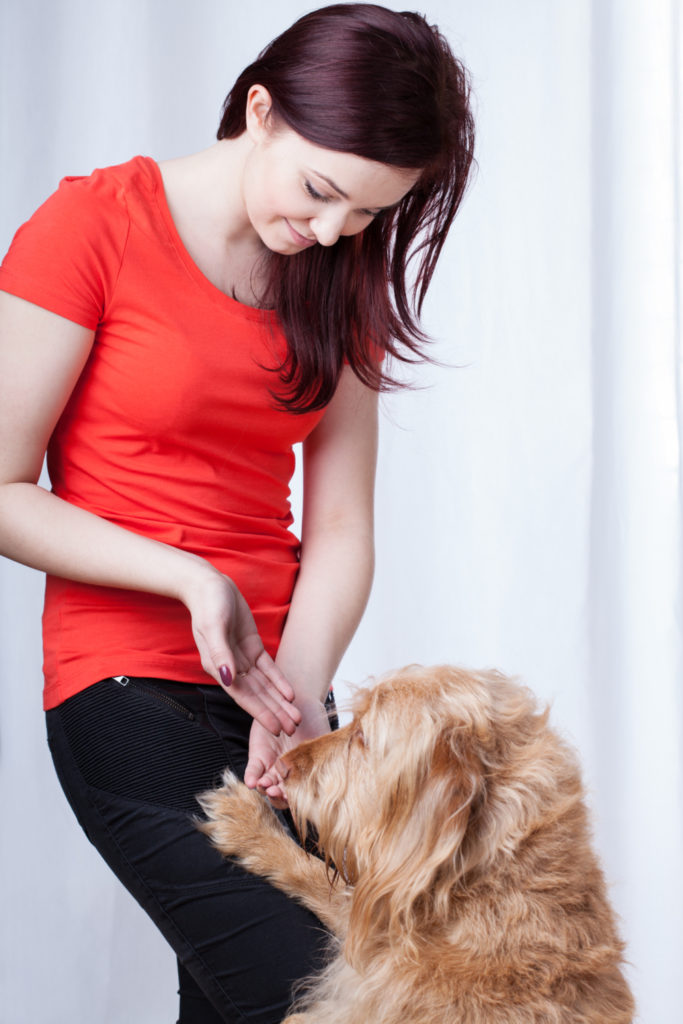 So far, this is one of the coolest tricks in my bag. It’s a big hit in the dog park and my friends are amazed by it. Try and have a show off at your next family gathering!

Is It Okay To Stare Into Your Dog’s Eyes?

If you intend to wait for your dog to wink, the no. Giving a cold stare in your dog’s eyes is a bad idea, especially if you have a feisty breed. Looking your dog in the eye means that you’re initiating a fight.

Depending on your pet’s fight or flight response, you might get a wink or smack right into your face.

Anyway, staring lovingly at your dog’s eyes have its perks. Some say that it helps boost the bond between a canine and a dog owner. But if your doggo starts growling, it’s best to say ‘no’ to distract it.

You should never break eye contact first because your dog will see this as submissive behavior.

Why Doesn’t My Dog Blink?

Take note that the inability to blink among dogs is a worrisome condition. Canines can suffer from facial paralysis or palsy. When this occurs, your dog will have a crooked face, droopy lip, and inability to wink or blink.

You will also notice that your doggo can’t move any of its facial features.

The problem here is that the inability to blink will dry the eyes. If not addressed right away, this condition will damage the cornea. While dogs can elevate their third eyelid to compensate, it takes practice and time for canines to achieve this.

What Are The Medical Conditions Related To Winking?

Now you know What Does it Mean When Your Dog Winks at You but Winking is not only related to behavior because excessive winking can be linked to a genetic disorder, Entropion, and Blepharospasm. 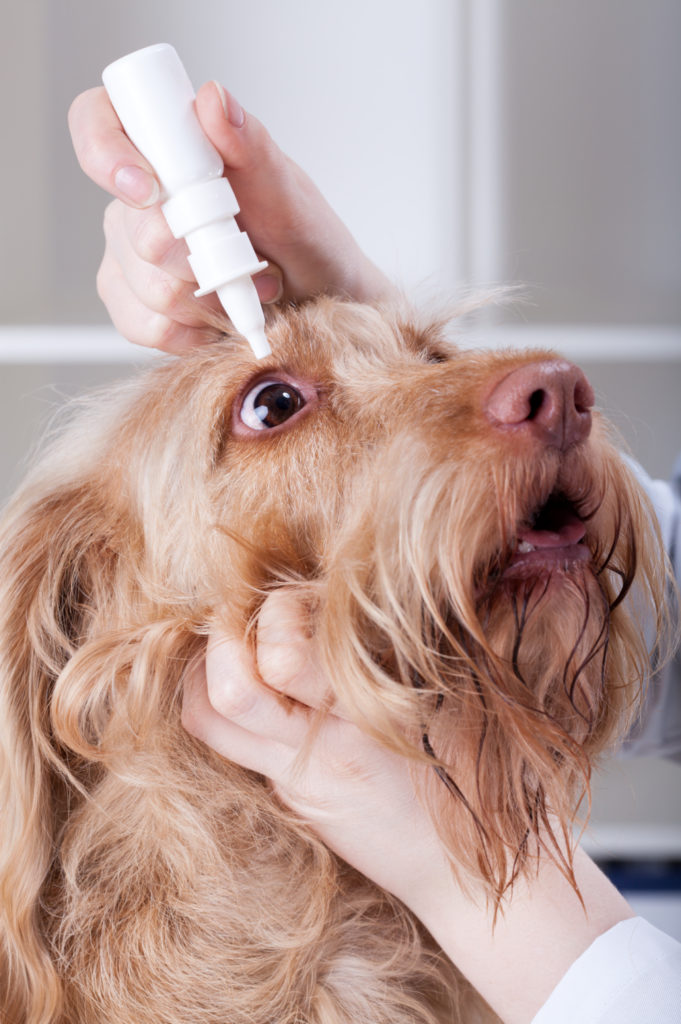 In Entropian, the eyelid rolls inward and resulting pain and discomfort causes your dog to wink and blink excessively.

On the other hand, Blepharospasm is when a dog blinks involuntarily. It is quite similar to spasm or eye twitching but there could be some underlying health issues.

What does it mean when your dog winks at you? It’s a submissive gesture that indicates that your dog is happy and not up for a fight. However, if the blinking is excessive and out of control, you should consult with your pet’s veterinarian because it could be due to eyelid entropion or other health issues.

There might be an underlying health problem that needs immediate treatment. Professional care is always the best solution.