Home
Cats
What Kind of Cat is Garfield? Here’s the Truth

What kind of cat is Garfield? This popular cartoon resembles an orange Persian cat’s appearance, but with prominent stripes that it borrows from tabby cats. Garfield was never intended to be a specific cat breed, but you can find some kitties with spot-on similarities with Garfield.

Garfield was born in 1978, in a comic strip that has catapulted the cartoon character to fame. At some point, Garfield was dubbed as the most famous cat, which is somehow true up to this day.

Garfield is a lasagna-eating cat that has graced many TV shows, movies, books, and merchandise. Behind its iconic appearance, I tried to find out if there’s such a thing as a ‘Garfield breed’ of a cat.

The truth is that there’s no specific ‘Garfield’ cat prior to the conception of the character. Like what I mentioned earlier, the cartoon character is more of an orange Persian with the mackerel stripes of a tabby. Also, the name Garfield was actually inspired by the creator’s (Jim Davis) grandfather, James Garfield Davis. Jim’s grandfather was then named after the 20th U.S. President, James Abram Garfield.

Aside from that, breeders suggest that Garfield also has the physique of a Maine Coon and a Siamese.

In the comic strip, Garfield can be seen walking like a normal cat in all fours. As the plot progresses, the charming yet grumpy cat began to walk on two legs, with its rear paws appearing to have enlarged.

Nowadays, you can find breeders offering ‘Garfield cats’, which they produced by cross-breeding an orange Persian with a British Shorthair. It’s a big hit among pet owners since the cats are also very charming.

Garfield cats, or other breeds that resemble the same appearance, have flat faces. This makes them prone to breathing problems and overheating.

Q: What kind of cat is Nermal?

A: Nermal is the cat to which Garfield is often jealous of. Unlike Garfield, Nermal is established as a gray tabby cat. He’s a small tabby that many fans find cute. However, many are confused about Nermal’s gender, but a woman provided the cat’s voice on TV.

Q: Was Garfield based on a real cat?

A: Garfield is inspired by the cat creator Jim Davis grew up with. In making the cartoon character, Davis used his grandfather’s name and personality to establish Garfield. According to Davis, his grandfather is a “large and cantankerous man”, which is what Garfield is.

Q: Where does Garfield the cat live?

A: The Garfield comic strip is based on creator Jim Davis’ hometown at Muncie, Indiana. Such a thing was also mentioned on the television special entitled Happy Birthday, Garfield.

Q: How old is Garfield the cat?

A: Garfield was born on the comic pages on June 19, 1978, so the iconic cat celebrates its 42nd birthday this year of 2020. In four decades that Garfield has been in existence, the cartoon character has graced dozens of newspapers, television, and even the big screen.

Q: What is the name of Garfield’s girlfriend?

A: Garfield has a girlfriend named Arlene. Arlene is a pink cat that sports long lashes. Arlene only appeared on the comic strip, but not on the Garfield and Friends feature. Nevertheless, the special feature would show several female cats as Garfield’s love interest.

Q: What is Garfield’s favorite food?

A: It’s widely known that Garfield has an undying love for lasagna, an affinity he developed as a kitten. This isn’t surprising as Garfield was born in Mamma Leoni’s Italian Restaurant, so he grew to love lasagna more than any food. The beloved cartoon character also likes burgers and cakes. On the contrary, Garfield dislikes raisins and grapefruit. These two food items are actually poisonous to cats, which justifies Garfield’s dislike.

So what kind of cat is Garfield? The iconic cartoon character is a mix of orange Persian, tabby, Maine Coon, and even a Shorthair cat. Overall, Garfield wasn’t meant to be a specific cat breed, which is the reason why he’s unique and recognizable. But nowadays, many breeders are coming up with ‘Garfield’ cats by cross-breeding felines with physical similarities with the cartoon character. 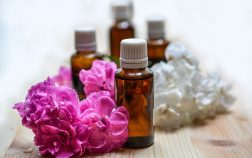 Pet Cosset may receive some form of compensation from the links on this page, at no extra charge to you. Learn more. Lavender, eucalyptus, peppermint, … Read More 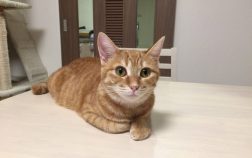 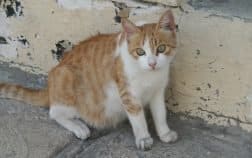 How can you tell if your cat is pregnant? Queens (pregnant cats) will usually have puffy nipples, increased hunger and affection, and constant nesting. … Read More

Your message has been sent.