Have you ever wondered what kind of dog is Scooby Doo? Well, unlike Garfield the cat, Scooby Doo has a defined breed. This goofy and fun-loving cartoon character is actually a Great Dane. This large doggo is the trusty companion and partner of the famed detective Shaggy Rogers in Scooby Doo’s eponymous show.

During the ’60s, there has been a clamor from parents about some cartoon series containing violent content. Such cartoons receiving heat came from the animation studio Hanna-Barbera, the same studio that created Scooby Doo. 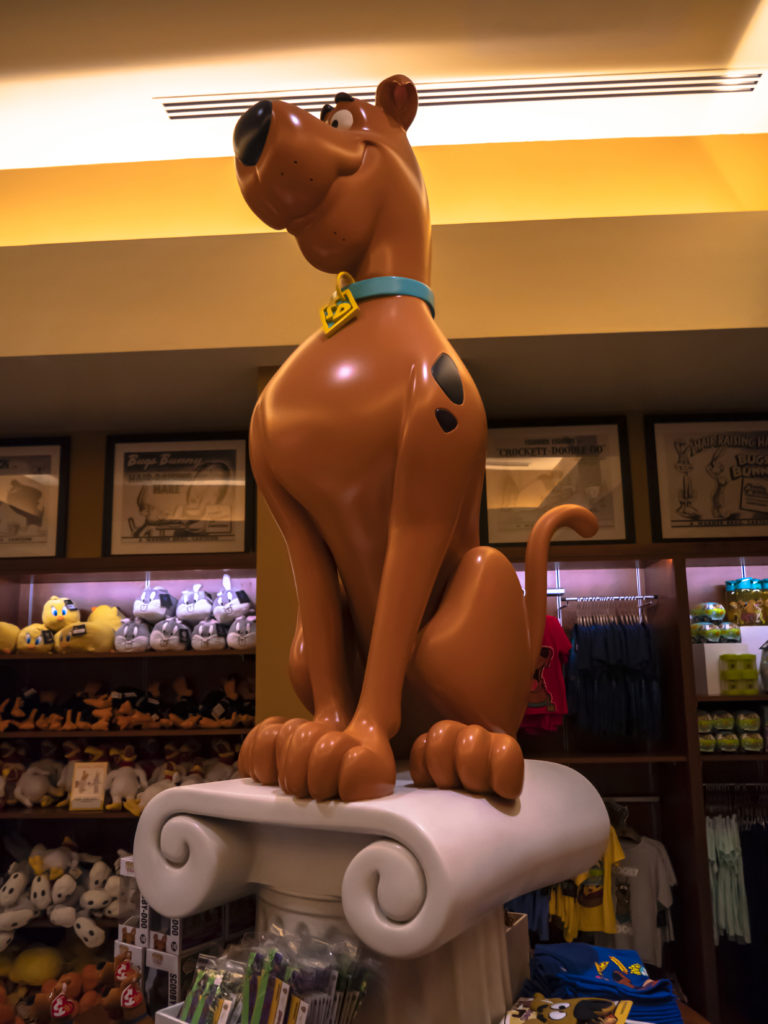 CBS then spoke to two writers, Ken Spears and Joe Ruby, about creating a more child-friendly show. From there, the two came up with a project called ‘Mysteries Five’ that features a dog and five teens in a band solving spooky mysteries.

However, the first pitch for this project wasn’t successful. On the second try, Fred Silverman of CBS changed the dog’s name to Scooby Doo and made it the main character. After that, the project was green-lit, and it became a storm that has spanned decades and generations.

Ever since Scooby Doo debuted 50 years ago, the beloved cartoon character has been a staple of every kid’s TV time. The anthropomorphic dog has captured both kids’ and adults’ hearts, the same reason why Scooby Doo is still around. 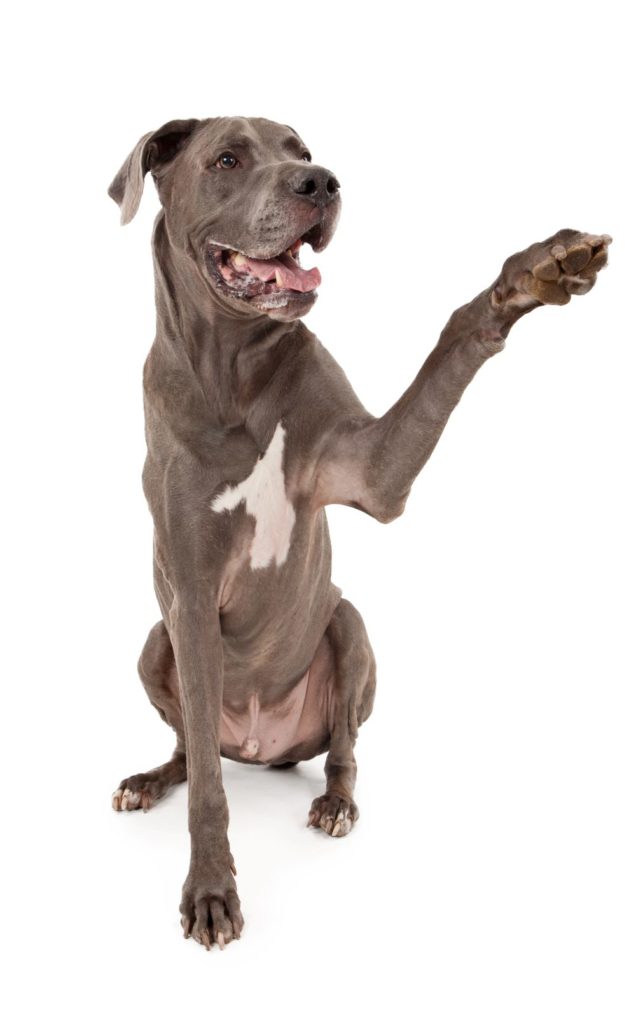 A quick search on the internet will tell you that Scooby-Doo is indeed a Great Dane. True enough, one of the creators of the show have designed the character from Great Danes. Iwao Takamoto, an animation artist for the show, revealed that he talked with a Great Dane breeder about the breed’s ideal features.

Instead of giving Scooby Doo the show-quality of Great Danes, Iwao drew the opposite. The result is a Great Dane with a less refined frame, including bowed legs, humpback, and a small chin. Also, Iwao changed the color of the Great Danes to create a cartoon character like no other.

Still, Scooby Doo shares the same lanky legs and stocky body of Great Danes. Overall, Scooby is an endearing character, whose influence has gone beyond the typical lifespan of a Great Dane, which is around 8 to 10 years. And as long as viewers are willing to watch a bubbly Great Dane solve mysteries, Scooby Doo will continue to live on.

To fully understand Scooby Doo’s difference to actual Great Dane dogs, I decided to take a closer look at the dog breed.

According to the American Kennel Club, Great Danes have pillar-like legs and a confident gait. Unlike Scooby-Doo, an actual Great Dane has a regal body composition. This is the same reason why this breed is dubbed as the ‘Apollo’ of the canine world. Their well-formed bodies, muscular appearance, and alert expression make them handsome dogs.

Still, this isn’t to say that Scooby Doo is less of an attractive canine. But in order to make the pooch appeal to kids, Scooby Doo has to look goofy and klutzy. Iwao Takamoto deliberately distorted some of Great Danes’ features so that Scooby Doo will fit into the entertainment scene even better.

Another big difference between Scooby and Great Danes is their facial feature. Great Danes have a dark and seemingly loose mask while Scooby Doo has an all-brown face with a dark nose. The dark mask was replaced with dots and a rather small chin.  Also, the serious stare of a Great Dane is replaced by a goofy and welcoming expression, so kids would love seeing Scooby Doo even more.

What Kind Of Dog Is Scooby Doo?

We know that Scooby Doo has the appearance of Great Dane but lets take a look at the personality of the character that has been shown. 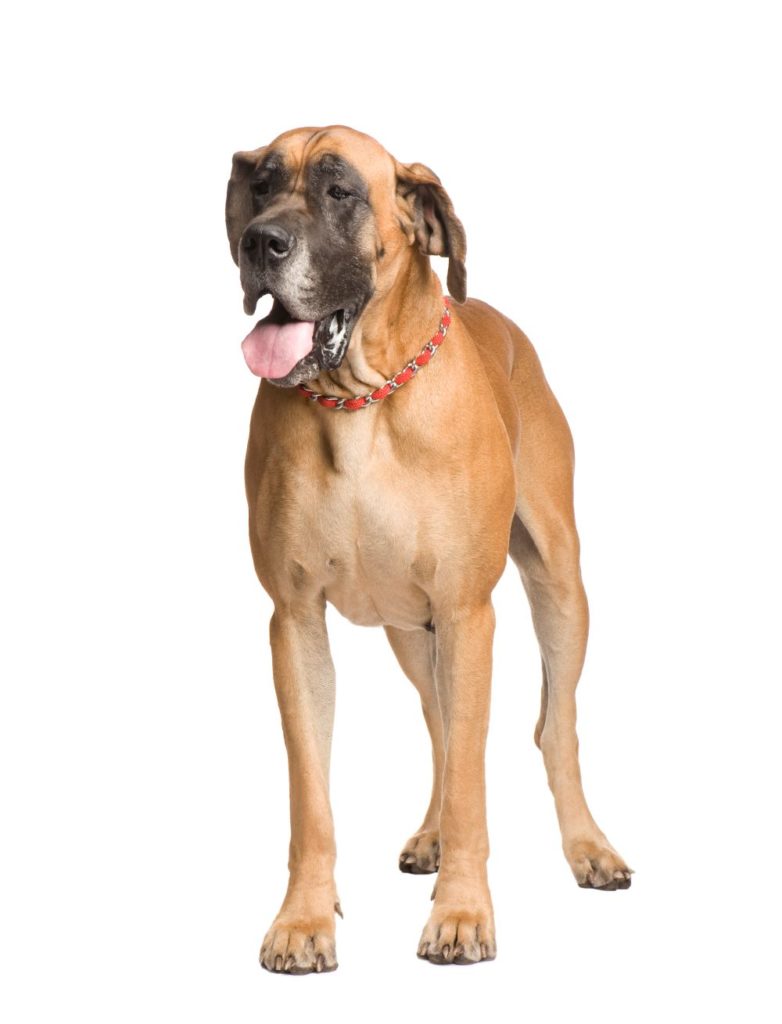 In terms of personality, Scooby Doo is far from Great Danes, where it’s modeled. Scooby is a chicken-heart who is often seen being carried by Shaggy. And whenever Scooby is in danger, he often resorts to whimsical ways instead of standing its ground and defending himself.

In real life, Great Danes are total sweethearts. Due to their size, Great Danes are excellent choices for home guards, and they can be counted on to be good with kids. But care should be taken regarding the interaction of children and dogs. Some harmless actions of children can provoke dog bite.

Still, Scooby Doo and Great Danes have one thing in common: they love being with people. As much as Scooby loves solving mysteries with his friends, Great Danes also love being part of their families’ routines.

Also, Great Danes have their own goofy ways. Some owners claim their Great Danes are real-life Scooby Doos due to the dog’s personality.

Take that from Sian Barett of West Midlands, UK. She owns Presley, a 182-pound Great Dane who seems to be afraid of almost anything. Although enormous in size, Presley will run to Sian on the slightest hint of fear. From plastic bags to small dogs, Presley is a chicken heart. Presley is often seen hiding on corners with a funny expression when scared.

Is Scooby Doo a Doberman?

There are some viewers who have attributed Scooby’s appearance to a Doberman. While the character lacks some of the Great Dane’s key features, Scooby is not a Dobie. The creators themselves have said that Scooby is modeled from the Great Dane breed.

It’s impossible that Scooby is a Doberman because he lacks the courage and build of such a breed. Besides, Scooby is too stocky to become a Dobie.

What is Scooby Doo’s real name?

Although more popular for the catchy name ‘Scooby Doo’, the character’s full name is actually Scoobert Doobert. It was first revealed in 1988 during the special spin-off entitled ‘A Pup Named Scooby Doo’. 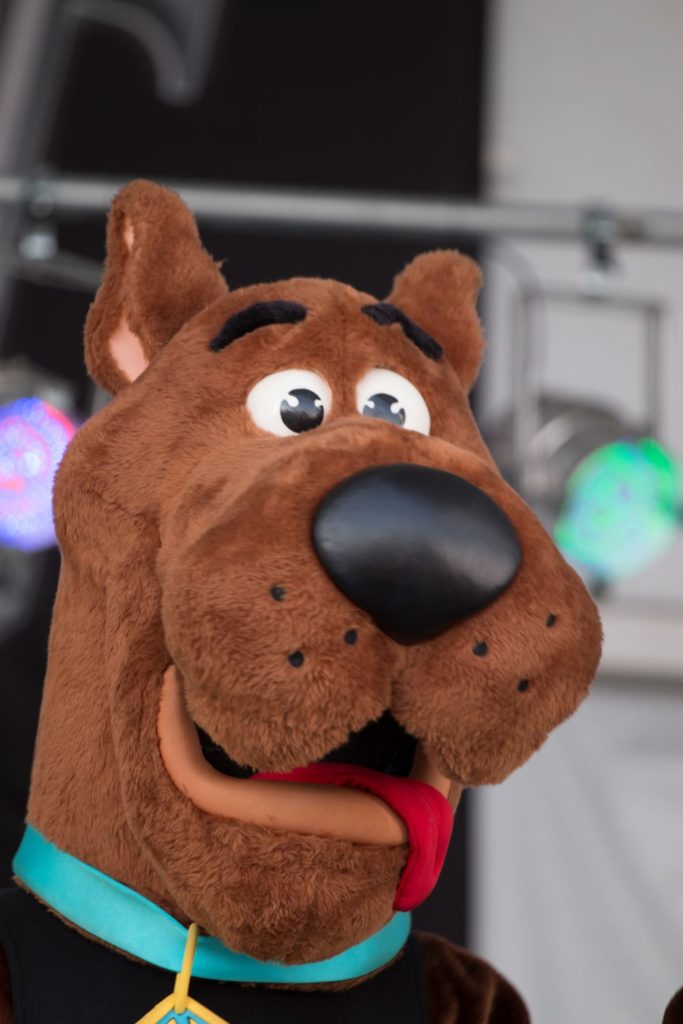 But before the cartoon series released, its working title is ‘Too Much’. Well, thank goodness they came up with a better and more iconic name.

Back in September 1979, the character Scrappy Doo debuted in the Scooby Doo series. Contrary to some incorrect accounts, Scrappy Doo is actually Scooby’s nephew. The little Great Dane that shares his uncle’s appearance is Scooby’s sister’s (Ruby Doo) son.

Scrappy Doo was introduced with the catchphrase ‘Scrappy Dappy Doo’. He is also a Great Dane and very smart and strong. Unlike his uncle, Scrappy is courageous and boisterous and ready to take on the monsters on his way. Scrappy is also very confident to the point that he thinks that he and his uncle are extremely powerful.

Does Scooby Doo have a girlfriend?

Yes, Scooby Doo had a girlfriend, a dog named Nova. She is a Cocker Spaniel, but unlike Scooby, Nova is a normal dog with fewer human-like traits. Nova first appeared in the fifth episode of the series’ second season as the dog of Judy Reeves and Brad Chiles.

However, during an encounter with the Horrible Herd, Nova fell from the helicopter, and Scooby wasn’t able to save her. Nova fell in a stampede of piranhas, cows, and bees hybrids. Although Scooby and the gang were able to get Nova, she eventually died on the vet’s clinic.

Does Scooby Doo have a sister?

Yes, Scooby Doo has a sister named Ruby Doo, which happens to be Scrappy Doo’s mother. Ruby Doo is the only daughter of Dada Doo and Mumsy and is younger than Scooby. 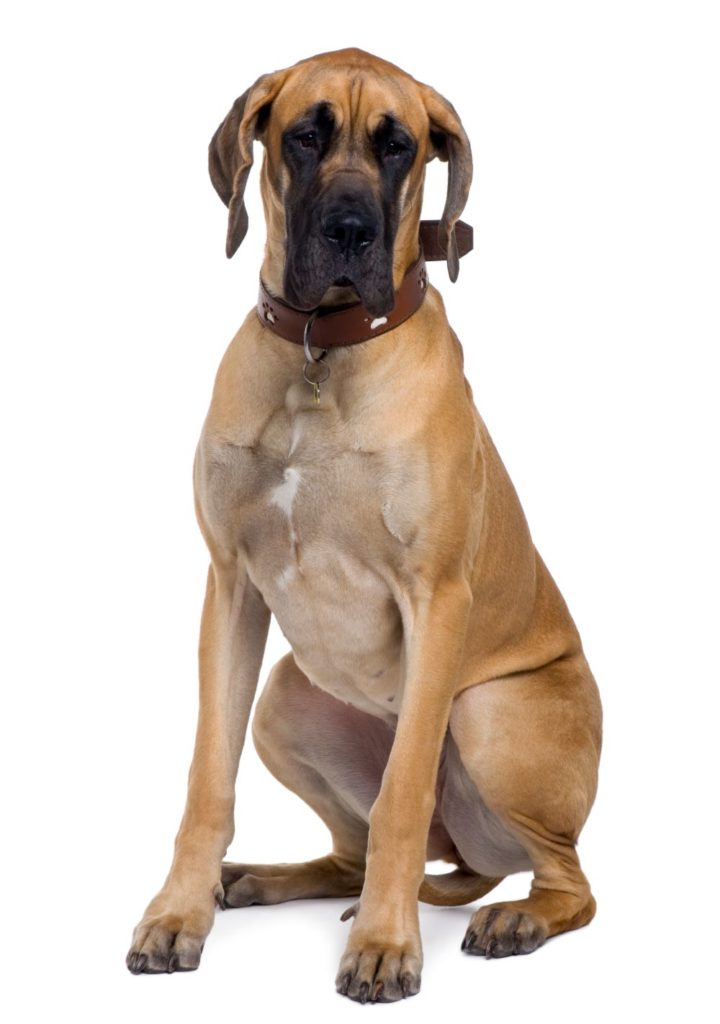 What kind of dog is Scooby Doo?  Our beloved character is actually inspired by Great Danes. Still, Scooby possesses unique characteristics that make him stand out as a cartoon character. Also, Scooby is far from a Great Dane’s personality, but it’s also one reason why many grew to love him over the years.