Mother cats play a big role in ensuring that newborn kittens will survive and grow healthy. But in some cases, the mother cat will do the opposite. 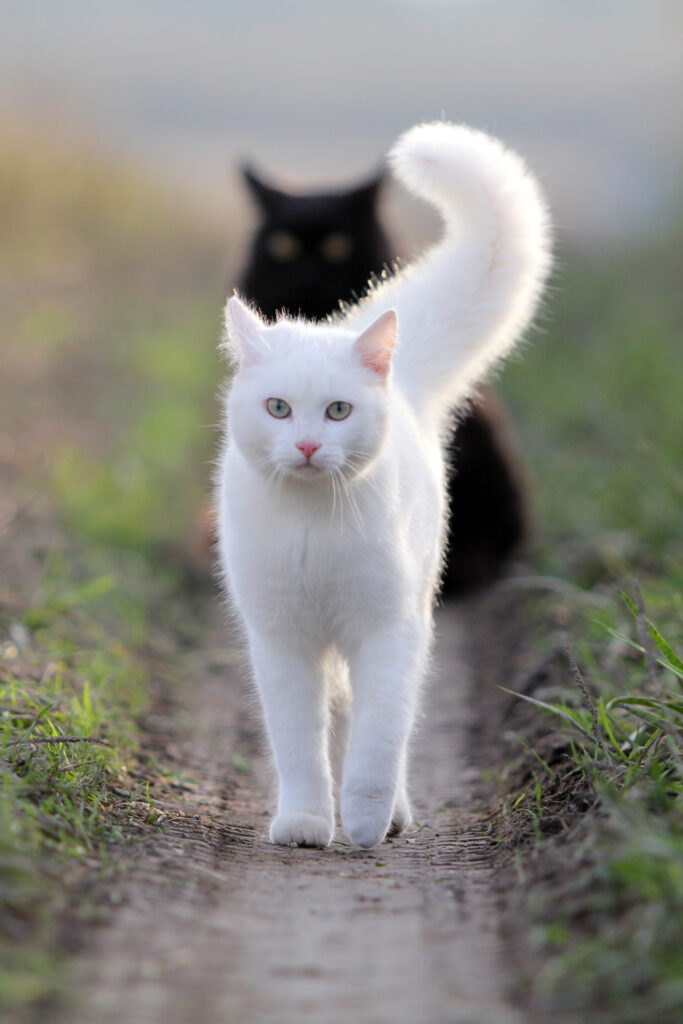 Instead of caring for the litter, the mama cat will eat its offspring. You’ll be left asking, “why did my cat eat its kitten?”. It’s as shocking as it can be, but there’s a scientific reason for this behavior.

Why Did My Cat Eat Its Kitten?

It’s a default to expect that mother cats will protect their litter. But eating its kittens doesn’t necessarily make your cat a bad mother. Here are the reasons why:

1. The kitten is stillborn

For most mother cats, it’s second nature for them to eat their stillborn kittens. In the wild, cats just can’t afford to have a decomposing body lying around. It would invite predators, which will put the entire litter in danger.

Also, cats are clean beings. Mother cats eat the stillborn to clean up, which, again, is connected to their instincts to avoid predators.

Felines also know that eating the stillborn will add nourishment to their bodies. Such nourishment will let her nurse the surviving litter. I know it’s barbaric, but it’s a very practical move if you’re in the animal kingdom.

Runts are sick and weak kittens with a lower chance of survival. These kittens often have deformities, which isn’t optimal in the wild since they are easy pickings for predators. 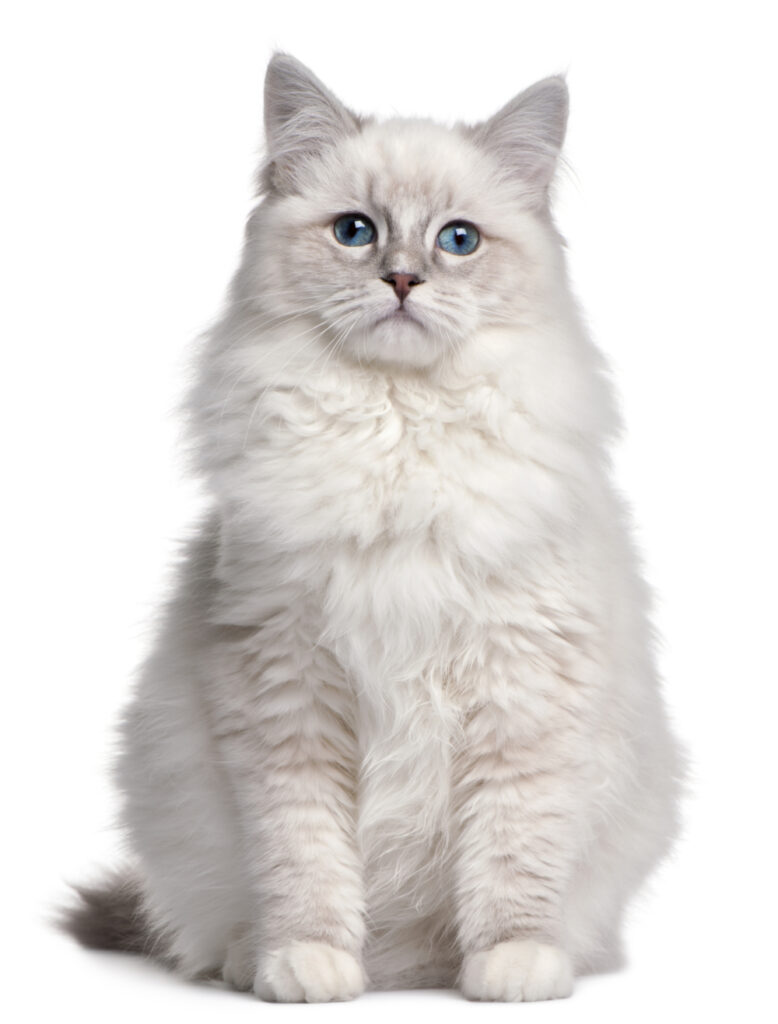 Out of mercy, mother cats will decide to kill and eat the runt. This doesn’t happen all the time because some mama cats will just ignore or reject the weakling.

In case the newborn kitten is a runt and the mama cat rejects it, you have to hand-feed it to increase its chance of survival.

3. The litter is too large

Another possible reason here is that mother cats think that the litter is too large. This will happen if the number of kittens is too many for the mama cat’s nipples.

Also, a large litter is difficult to feed. Since the mother cat’s nourishment will be spread thinly, all the kittens will have decreased chances of survival.

In turn, mother cats will decide to terminate the litter’s weakest members to let the strongest survive.

Cats are smarter than we think, and they have the ability to detect whether the kitten is unlikely to survive.

4. The mother cat is malnourished

Mother cats that eat their kittens are likely malnourished. This happens a lot to strays because they don’t get enough nourishment in the wild.

During my volunteer work in a local shelter, we had to take in a very thin cat who had just given birth to five kittens. She’s so frail and hungry, and by nighttime, I was told that she ate one of her kitties. 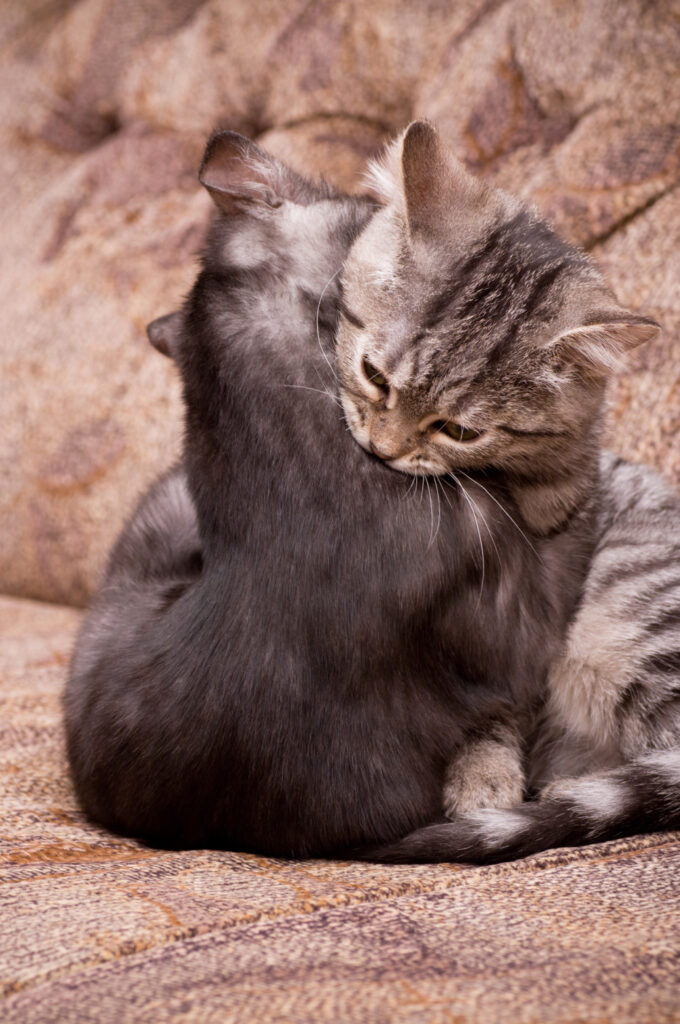 It’s important for mother cats to receive ample nutrition during their pregnancy.

Once your cat shows signs of pregnancy, it might need 50% more than its usual diet.

This is to prevent them from targeting their kittens once it’s born. If you have a finicky cat, it’s important to work with a vet to ensure that the feline will get its much-needed nutrition.

Yes, this can happen. One of the cats I had when I was a teenager completely abandoned and snubbed her kittens. She acted as if it was not her offspring. We tried placing the kittens on her nipples to suckle, but she will always walk away.

This is as surprising as a spayed cat fostering and caring for a kitten that’s not hers.

This maternal behavior issue can be due to hormonal changes. Recent studies found that female cats have the so-called ‘mothering genes’. This gene gives the cat maternal instincts.

However, some cats may have defective mothering genes, leading to complete rejection or even killing their own kittens.

6. The mother cat is stressed

We all know that chronic stress can do to our mental health. Mother cats are no exception to this. Extreme stress can push mama cats to do things out of the ordinary. This includes killing and eating their healthy kittens.

If the mother cat is threatened, it will kill its kittens. This is due to the fear, which, unfortunately, she vented into the poor furbabies.

This is why you should place your cat in a quiet space to give birth. Don’t let kids and other people get near because it will stress the mama cat. Instead, keep her comfy on a warm bed with blankets and food.

A cat may suffer from feline mastitis after giving birth. In this condition mammary glands become infected and there are chances of passing that infection to kittens during nursing.

When your cat is in extreme pain she might eat her kittens. In this case, it is suggested to isolate the mama cat temporarily and consult a vet for proper treatment.

How do I get my cat to stop eating her kittens?

If your cat has already eaten one of its kittens, you have to act fast. You’ll never know when the mother cat will target the other members of the litter. You should do the following:

Consider taking the kittens away

Some veterinarians recommend that you take the kittens away, especially if the mama cat is showing signs of another carnage. If it’s biting the other kittens and trying to chew it, you should intervene.

At this point, you need to feed the newborn kittens and make sure that they are warm. Newborn kittens can’t control their body temperature, and they also need to be stimulated to eliminate.

You can always bring the kittens to the vet for assistance. Some vet clinics have a unit for such kittens where they will be taken care of until they are big enough to be adopted.

To prevent a mama cat from hurting its kittens, you should feed it properly. This way, the mother feline won’t see its kittens as its next meal. 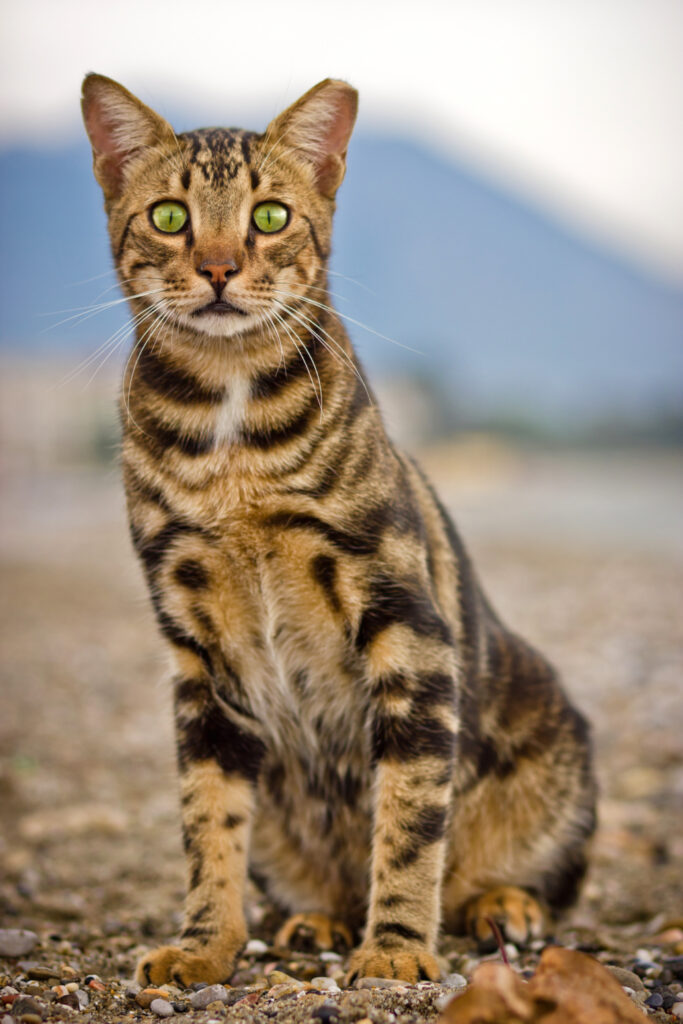 Remember that cats that recently gave birth are still weak. They can’t get up to reach the food bowl. You have to assist them by handing the food close to their mouth.

Also, you should provide wet food, so your cat gets solids and liquids at the same time.

Lastly, make sure that the mother cat won’t be stressed during the labor process. No matter how healthy and well-fed the mama cat could be, it’s still prone to having material behavior issues if stressed.

How to tell if your cat ate her kittens?

The presence of blood and mangled bodies of kittens are enough proof that a mother cat killed its own offspring. However, before you jump to conclusions, make sure that there are no other potential killers.

Do you have a dominant male cat? Is there any entry point for stray animals? All of these factors will help you identify if the suspect for the kitten killings is indeed the mother cat.

Why do cats reject their kittens?

Yes, there are mother cats that reject several or the entire litter after birth. This is due to a lot of reasons, malnourishment being the main cause. Poorly fed mother cats don’t have the nutrition to produce milk and the energy to nurse their kitten. In turn, the feline will just abandon its offspring.

Also, a large litter will compel some mother cats to reject a few kittens. And if there’s a weak and sickly kitten in the bunch, the mama cat is likely to reject it.

Why is my cat biting her newborn kittens?

Mother cats move around their kittens by biting them on the scruff. This is the loose skin on the kitten’s nape. This bite is non-aggressive and will not dig through the flesh of the kitten. Also, it’s a cat’s instinct to go limp whenever it’s grabbed on the scruff.

On the other hand, mother cats will also playfully bite their kittens. This is part of roughhousing the litter to teach them which bites hurt. As long as the kitten isn’t yelping in pain, you can consider this a normal bonding session between the litter and their mother.

It’s not common for male cats to viciously kill kittens. I once had a Bombay cat who loves guarding kittens when the mother cat is away. However, some male cats will prefer to drive away kittens because of their annoyingly active behavior.

If your male cat has a strong prey drive, it’s best to keep the kittens away. Some male cats will also harm kittens since it’s occupying the female cat’s time. This can happen on unfixed male cats with a strong sex drive.

Do cats eat their kittens if you touch them?

No, mother cats won’t eat their kittens just because you touch them. The more likely scenario is that the mother cat will transfer and hide the kittens away from you.

However, if the cat is trapped with the kittens, the feeling of insecurity and threat may drive a mother cat to kill its litter. In this case, it’s best to let the mother cat do its thing until the kittens are ready to be weaned.

Do other cats eat kittens?

It’s not typical for other cats to attack the kittens of another cat. However, if the kitten is encroaching on the other cat’s territory, the latter may attack as a defensive gesture.

Nevertheless, some cats are more tolerant of kittens than others. However, if the kitten caused pain to the older cat, it’s a normal reaction for it to swat, pounce, or bite the younger one. You should intervene to prevent the situation from escalating.

If you are wondering why did my cat eat its kitten, let me tell you that besides maternal behavior problems, malnourishment, stress, large litter size, and poor kitten health may drive a mother cat to kill its offspring. However, this doesn’t happen to all litters.

You can prevent this by providing ample nutrition to the pregnant cat and giving it a safe space to give birth. It’s also very helpful to involve a veterinarian during your cat’s pregnancy and after the kittens are born. In any case, your veterinarian is the best person to seek guidance from.

I hope the information from this article will help you take better care of your cat and any newborn kittens. Thank you for reading!