Why do rabbits hop? Hopping is the most natural way for rabbits to move from a place to another. Even if they intend to move slowly or rapidly, hopping is still their default locomotive means in doing it. They use this movement because it is the most suitable if you consider their skeletal and muscular adaptations.

Some of you might think that rabbits cannot walk, and they would only hop. But no, rabbits can walk. It’s just that they prefer to hop more. They would walk when they feel there is something uncertain or exploring in a new territory.

On the other hand, if your rabbit walks most of the time and seems to be hesitant when it comes to hopping, there is an explanation for this. Maybe they are injured, unwell, or anxious.

But for this post, we will be discussing the possible reasons why rabbits hop.

If you are curious about how it works for them, let us look at the adaptational traits of rabbits that make them move a certain way and not like how human beings or any other animals move.

For one thing, rabbits have a spine with abdominal bones that are quite elongated. This enables them to flex and, at the same time, compress firmly as they bound. Without these long abdominal bones, rabbits will not be able to hop.

In addition, rabbits have robust and long hind legs as compared to that on their front legs. These provide them with the momentum to push forward. Much more, these long legs enable them to move either slowly or rapidly as they can make a very long leap to the front using these powerful legs.

This does not only help them hop, though, but they use it to defend themselves as well. They often thump or stomp their feet to send a signal that a threat is coming. This gives time to other rabbits to escape.

Generally, the area below the knees of their back legs are longer. Specifically, the length is mostly confined to tibia and fibula bones. Along with their femur, these bones have mighty muscles allowing them to leap great heights and distance.

In the wild, rabbits can quickly leap for up to four feet high. They can even leap forward for up to 10 feet long in just a single bound.

Furthermore, their strong and powerful legs allow them to run quickly. Their speed can reach up to 50 miles per hour. Maybe, it is also a part of their survival instinct, just like when they play dead. Basically, they do it to escape and survive against the threat of their predators.

But when we talk about domestic rabbits you have as a pet at home, they can only jump for up to 2 feet in maximum. This is also true for some wild rabbits. With that being said, you can make a fence that is about 3 feet. This will be enough to keep your animals from getting somewhere you do not want them to go.

Not only that, but rabbits also have a lighter skeleton that makes hopping very easy for them to do. In fact, the skeletal weight of rabbits is only 8 percent of their overall body weight. If we compare this with cats, this is way lighter even if the two animals are of relatively the same size only.

In addition, the light skeleton of rabbits does not only let them hop from the ground, but it also enables them to gain both agility and speed in just a very short time.

Why do rabbits hop? Aside from the fact that their muscular and skeletal structure, as mentioned above, makes hopping the most efficient way for the rabbit to move, they do this primarily for safety. Rabbits know that they are easy prey. Any predator can target them. So in order to be safe, bunnies always exit hastily.

Essentially, rabbits do not only move fast to confuse their predators, but they also dash and hop in a zig-zag manner. This makes it more challenging for anyone or anything pursuing them to follow them or sniff their scent.

This is, however, mostly true to wild rabbits only. Pet rabbits that we have at home tend to be far from predators and safer than their wild counterparts. Besides, they also tend to be heavier, so they cannot move as fast as wild rabbits.

Pet rabbits also do not have enough motivation and sometimes space to move at such speeds. So typically, they only hop for exercise and recreation. They might as well hop to express their joy. Some articles are discussing how a rabbit hopping can reveal its mood.

Can Rabbits Get Hurt By Hopping?

Since rabbits’ skeletal system is flexible and light, they can be hurt if they are not careful. Although lighter skeletal weight makes it advantageous for rabbits to hop easily, it makes their spine easily damaged.

It is typical for rabbits to hop across different flat surfaces. Meaning to say, they can easily control any possible shuddering impacts on their spine and jaws. I am trying to say that rabbits can be safe as long as they do not hop too high or too far.

But remember, rabbits are skittish. In other words, they may hop from a height. So the best thing to do to keep your pet safe is to observe them as they leap and hop. Make sure that they are not panicking as it can usually cause them to hurt themselves.

Also, avoid picking them up unwantedly as they would usually jump out of your arm and eventually lead to injury. It also would be a good idea to designate a safe area where your pet can safely hop on. Setting up rugs and carpets can be the best indoor measures.

I, too, have a rabbit at home, his name is Thumper, and he usually hops on our staircase, which sort of worries me at first because he might skid on them. But my friend suggested putting a carpet on the stairs, so when he falls, the impact will not hurt him as much.

Why do rabbits hop? Commonly, rabbits hop to escape from the predators that are pursuing them. But more than that, rabbits hop due to their physical attributes that make this movement the easiest thing for them to do. Besides, pet rabbits are not exposed to predators, unlike wild rabbits, but they still hop and leap most of the time.

Although not as fast as their wild counterparts, they hop as a form of exercise or recreation or express their mood. However, they can get hurt when hopping, so you have to ensure their safety by knowing the proper measures and, of course, incorporating it in your homes. 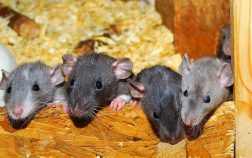 Do rats eat rabbits? Yes, rats can attack and eat rabbits, especially the smaller ones. Rats are sly animals that would do what it … Read More 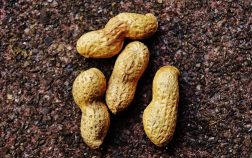 Are you wondering: can rabbits eat peanut shells? The answer is indeed a BIG NO. It is because peanuts alone are not suitable for … Read More 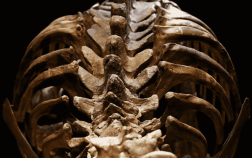 I know- you’re confused about how many ribs do rabbits have. Well, they usually have 12 pairs of ribs, including the costal cartilages and … Read More