Why do rabbits stomp their feet? This aggressive stomping of your cute little bunny’s back feet is a warning sign of approaching predators or a threat to other rabbits.

Does your pet often stomp his hind legs and make a loud, repetitive sound?

It looks cute, but this kind of behavior may signify something.

When your little fur baby pushes one or both of his hind legs down to the ground every once in a while, he’s not trying to bother you but just trying to convey something to you.

Mode Of Communication Of Your Rabbit

What does it mean when rabbit stomp their feet?

These are some behavioral patterns that might help you to understand why do rabbits stomp.

If your rabbit thumps its back leg loudly over and over again, he may be trying to courteously warn you of any imminent danger it perceives, along with anyone else in your house.

For instance, if your bunny heard an odd noise coming from outside, he could be trying to alert you beforehand.

He might be nervous and afraid that there are predators on the way.

In the world of rabbits, back leg stomping can also signal frustration.

If you are stroking his back for a little longer than he likes or the presence of your very hyper dog right outside of his cage, if your rabbit is feeling irked about anything, he may make it known by thumping his feet.

This action is a warning that, at the moment, your bunny feels somewhat annoyed or uneasy and possibly only wants to be left alone for a little while.

While rabbits are generally docile animals, they are not resistant to occasional fits of rage in any way.

By stomping his back foot, a rabbit can convey feelings of aggressiveness and hostility.

Give him some much-needed time to cool down if your bunny is in this foul mood. Temporarily let him alone.

He can also stamp his back leg as a precursor to running around, especially when your bunny feels enthusiastic, vibrant, and hyper.

He’s trying to get your attention by doing this to impress you.

I remember my bunny Thumper. Whenever I have a busy day and stressing myself out, he’s always jumping and hopping around, trying to get my attention!

Like “hey there, look at me, do you see how quick I run?” My little Thumper is so funny! So I gave him some bunny toys and bunny treats. I love him so much.

Well, your bunny needs you. All bunnies are looking for a little bit of your attention.

From many different novel things, rabbits may perceive danger; it could be a wood fire at home, a lit cigarette, fast or unpredictable motion, a bird’s shadow flying by, or a cat walking past.

A rabbit that shows continuous thumping may die from extreme stress and should be immediately removed from the perceived danger’ and reassured and comforted.

Rabbits are not vocal species, but usually, their noisiest cue is foot stamping. Vocalizations can accompany the actions sometimes. This is when the little bunny is upset.

If your bunny is in the habit of stamping his paws, figure out why. They’ll connect with you there.

Ignoring the action will make you distrust your rabbit, which could weaken your relationship.

Individual rabbits can also show thumping as a sign of rejection.

This can apply to various circumstances that can be defined by analyzing the situations under which this activity is seen.

Until it becomes repetitive and then changing the environment is the right option, there is no reason to avoid rabbits thumping.

Rabbits Stomp For No Reason

For whatever excuse, rabbits never stomp their paws.

Take the time to evaluate the environment once your rabbit stamps their foot.

Learn that this is how they are responding.

Has something spooked them? Is a new pet bothering them? Do they feel overlooked, and they want something to show you?

It should be taken seriously by a bunny thumping their foot. Rabbits do not verbalize their wishes or needs, much like infants.

The first step in helping you figure it out for them is thumping.

Do Rabbits Frighten Their Predators?

If the rabbit feels threatened and has an opportunity to protect himself, he will take it.

While most bunnies escape risk naturally, they will occasionally stick up for themselves.

By stamping their foot, the bunny would be trying to drive the predator away. It’s a warning sign that their hind legs are powerful and know how to use them.

A rabbit will never use this tact against a large predator, such as a fox.

They may be doing this against a smaller predator. If they do not wish to touch, they may also stamp to scare off a fellow bunny.

Is A Rabbit Stomping Their Feet As A Sign Of Having A Tantrums?

Your bunny may be thumping your foot because they’re fed up with you. Bunnies may be sentimental creatures. Because they’re docile, they don’t make a pushover out of them.

Vocalizations will follow the action if your pet is stomping in frustration. Snorts and grunts denote frustration. When irritated, rabbits can hiss and snarl.

Rabbits often hate being prevented from engaging in an activity.

As an example, take chewing electrical cables. When you take them away from their snack, the rabbit would be grumpy.

They don’t realize why you are saving their lives.

Clear verbal signals can also trigger this reaction. The rabbits understand a variety of phrases. Any of these may be pleasurable, leading to binkying. Others will give rise to outrage.

Do Rabbits Stomp When In Pain?

The pain wouldn’t be the first factor that we equate with foot-stomping in rabbits. It is a plausible explanation, however.

If the bunny stomps regularly and continually, it becomes more probable.

It’s not the pain that induces this response, but the tension created by discomfort.

They’ll get furious and irritated if the bunny is in extreme pain. They may not understand that their body is deceiving them.

If your bunny doesn’t stop thumping, and you have ruled out any possible reasons, seek help. However, you will have to clarify why you are sure that your pet is unwell.

The well-being of rabbits is new to many vets. This might lead to the concerns being ignored by them.

Stomping is just something that rabbits do, after all. As long as they can, bunnies mask sickness, but you’ll need someone who can travel fast.

For several occasions, your pets stomp their paws, but there’s always a motive. An integral aspect of keeping rabbits as pets is understanding what induces the actions.

The happy your rabbit is, the less likely they are that their paws will be stamped. They won’t need to thump if they feel safe and comfortable and get comprehensive care.

I hope this article answered your question about your bunnies and why do rabbits stomp. 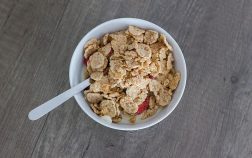 Are you wondering: can rabbits eat cereal? Yes, they can, but only in limited amounts and provided that it is unsweetened. There are more … Read More 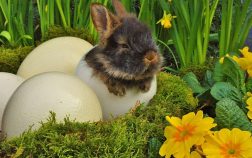 Can rabbits eat eggs? No, you must not feed eggs to your pet. Wild rabbits may be aware that eggs are not suitable for … Read More 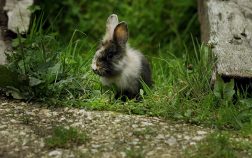 Do you know how to get rid of fleas on rabbits? Then, I’ll teach you some of the necessary steps in doing so; they’re … Read More