At first, I thought rabbits wiggle their nose because they want to look cute and petted. Learn here where do rabbit like to be petted

Later, I knew that it has an extraordinary role in their safety and survival, knowing that rabbits are naturally living in the wild. 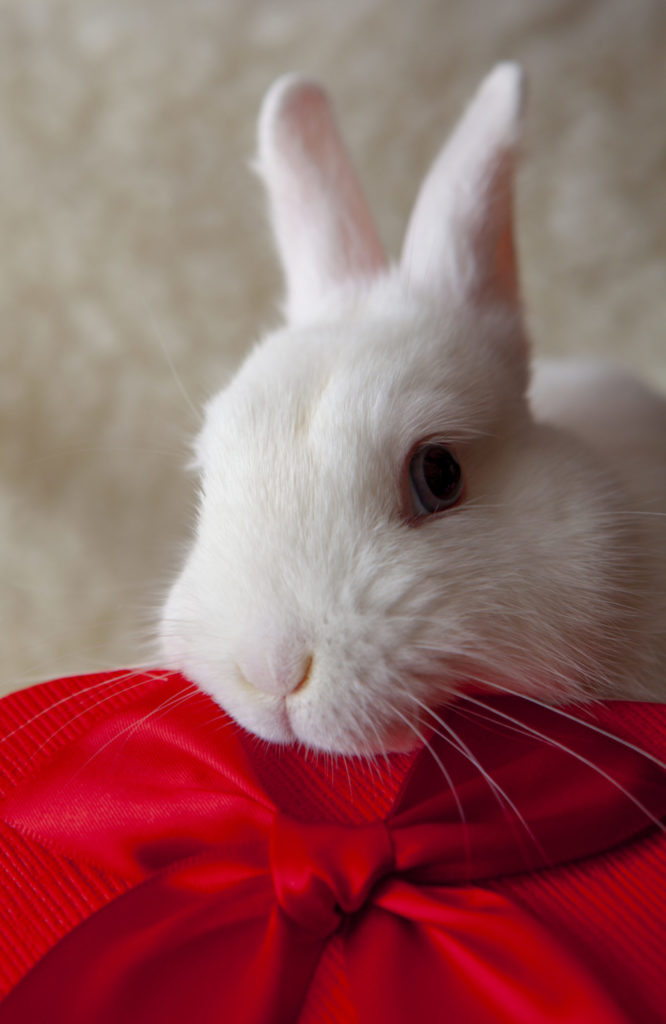 Even though we can assure them that they are well protected under our domestic care, wiggling the nose has been a part of their instinct and defense mechanism.

Every time I bring Thumper, my pet rabbit, to new places, it appears to be cautious, curious and he can’t stop sniffing if you’ve also observed that with your rabbits.

Here are the reasons why:

Reasons Why Rabbits Twitch Their Noses

Let me tell you why do rabbits twitch their noses.

#1. To improve the sense of smell

Rabbits have millions of olfactory receptors, which combine odor molecules that enhance their sense of smell.

These receptors are stimulated once the rabbits start twitching their nose.

That explains why every time I bring Thumper out of his cage, it can’t stop sniffing at the garden and yard. 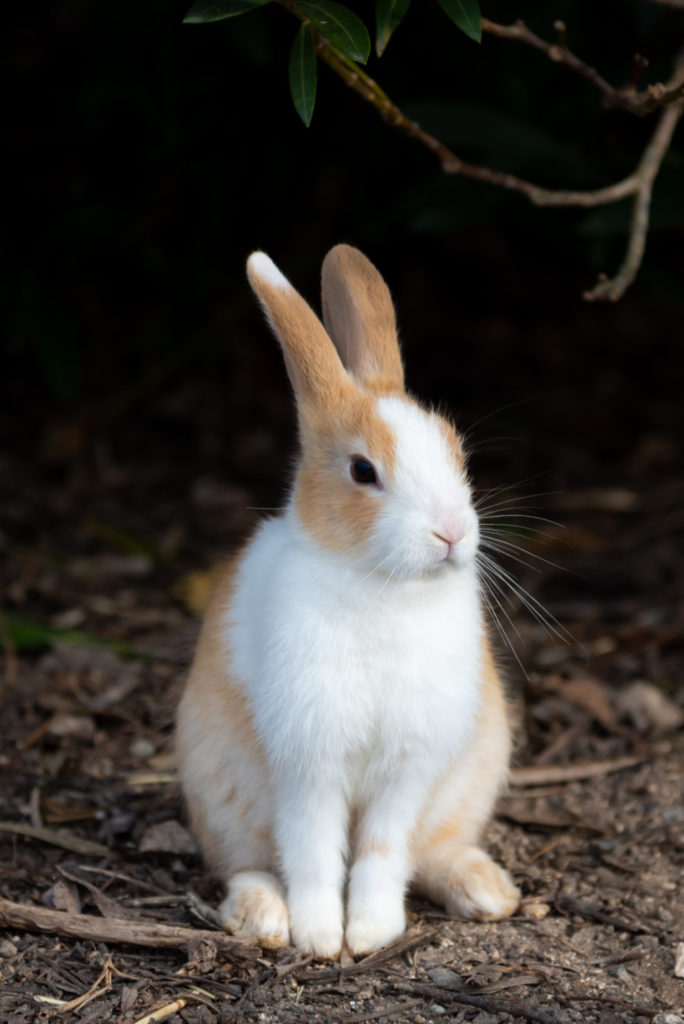 Thumper will also do that whenever I give it food that I haven’t introduced to it yet.

If rabbits are living on their own, in the wild, they will twitch their nose more often because their natural habitat has threats everywhere.

Amazing right? This behavior helps them assure that what they intake is edible and that the place that they’re going to is safe.

When Thumper smells an object, it slowly approaches the thing. I don’t usually see it put his nose; he often forwards his ears and tail first, then sniffs rapidly.

#2. To regulate their body temperature or thermoregulation

Another impressive fact, they wiggle their nose because it contributes to the facilitation of their body heat.

The mucous in the nose canal absorbs the heat from the air being inhaled and exhaled.

During cold days, it aids the rabbit to maintain heat and get away from the odds of a heat stroke on scorching days. 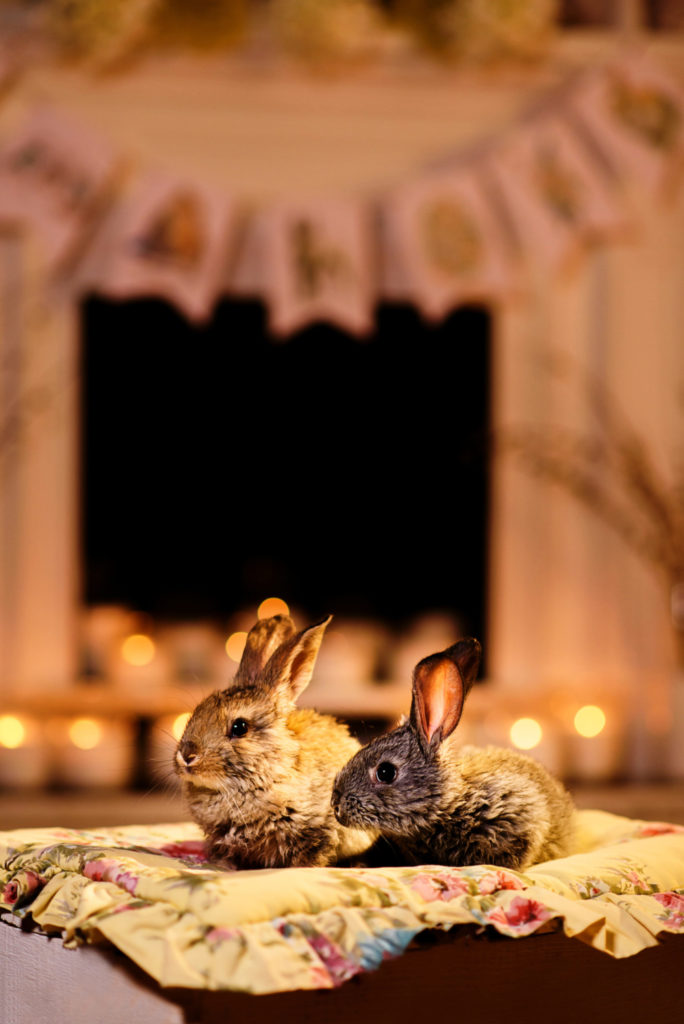 Now I know why Thumper’s breathing seems uneasy during most of the days of summer. It can’t also stop wiggling its nose.

The thick fur covering the rabbits’ bodies makes it very hard for them to maintain coolness during hot days, so they aggressively breathe to reduce the temperature somehow.

Rabbits are nasal breathers. They can also inhale through their mouth, yet it means they have respiratory troubles or disease; thus, oral breathing is not always applicable. learn more here why do my rabbit breath fast

Like what we still observe with other animals, when rabbits move actively, they start to breathe heavily, and their nose wiggle more often.

Every time Thumper plays outside its cage, it doesn’t seem to pant, but its nose wiggling is observably rapid.

But, don’t get me wrong, I’m not saying that twitching the nose is necessary for their breathing, and they can’t inhale without doing it; it’s just that it makes the flow of air easier and lighter.

That’s why we just often see the wiggling of nose every time they’re awake and active. During times that they are sleeping or calm, we don’t usually see them move their nose.

#4. To observe and monitor the surroundings

As I’ve already said, twitching their nose is crucial for them to survive in the wild. It helps them detect the environment to anticipate risks and possible harm. It also sensors predators that may attack them and their habitats.

We don’t usually see our pets wiggle their nose because of this reason. Rabbits are farsighted animals; that’s why they need to observe the objects far away before approaching them.

Luckily, they have whiskers beside their nose which can detect the things near them.

How? Because if ever these whiskers touch something, it sends a signal to the nose, which causes it to wiggle.

Once I release it on the ground, it will never stop wiggling its nose as if it’s eager looking for the vegetables that I have hidden.

Also, there are times that I see it intently sniff some areas and don’t go to it, maybe because it knows that the place is someone’s territory.

When Does A Rabbit Stops Twitching Its Nose

Here are when a rabbit stops twitching its nose:

#1. A rabbit stops twitching its nose when it’s asleep

After a long day of being active, Thumper would sleep with its eyes as he sleeps in his bed tent comfortably. Yes, rabbits open their eyes when they sleep.

So, how can we say that they are sleeping? 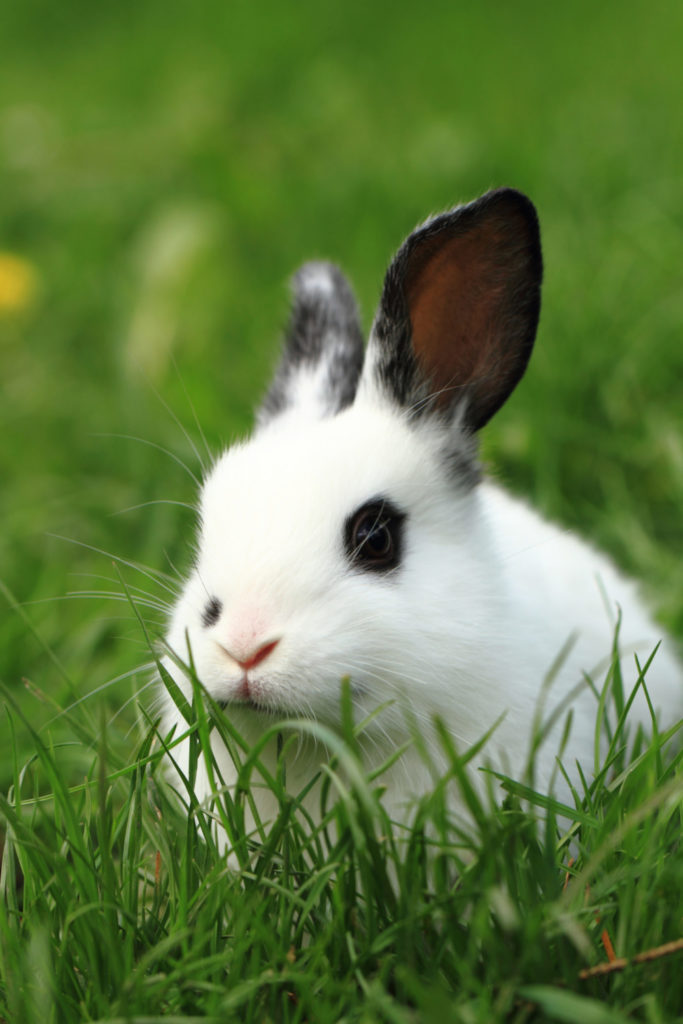 Of course, because their nose is not anymore moving. Sleeping with their eyes open is just a way to mislead their predators.

As you already know, rabbits wiggle their nose to monitor their environment, but when they sleep, their attention is not with their surroundings anymore, so you’ll barely see them twitch their nose.

#2. The nose doesn’t wiggle when the rabbit is relaxed

In some instances, when the rabbit is too calm, without being overly cautious with its environment or not being too active, it minimizes the twitching of its nose, so it appears to be not moving at all.

I can notice this every time Thumper is being caressed, and whenever I massage, it’s back. Its body becomes relaxed, and I don’t see its nose move by that time. It’s not sleeping; perhaps my strokes soothe it.

Here are just a few health concerns of a rabbit’s nose:

An infection of a rabbit’s nasal parts, it is usually caused by bacteria that are resistant to antibiotics.

The symptoms are typically runny nose and sneezing, which causes the rabbit’s inability to breathe correctly.

This disease needs the assistance of a veterinarian for faster medication.

It is also a severe disease that a rabbit can acquire from the environment’s temperature or bacteria.

It shows early signs such as loud breathing, and the neck extends as if it grasps for air.

As soon as the symptoms persist, please visit the veterinarian.

Once foreign bodies penetrate the nose, the rabbits may experience runny nose and difficulty in breathing.

Several health concerns must also be prevented to affect the rabbits’ nose; thus, proper grooming and handling must be observed.