As cat owners, we know so well that felines can develop weird behavior. One of these is nose biting. So why does my cat bite my nose? This action can be anything from overstimulation, territorial behavior, seeking attention, aggression, or even affection. While this behavior might be annoying, it shouldn’t draw blood. Otherwise, you may need to consult the vet or a pet trainer to correct the behavior.

For this post, I discussed possible reasons why your kitty is suddenly nibbling on your nose: 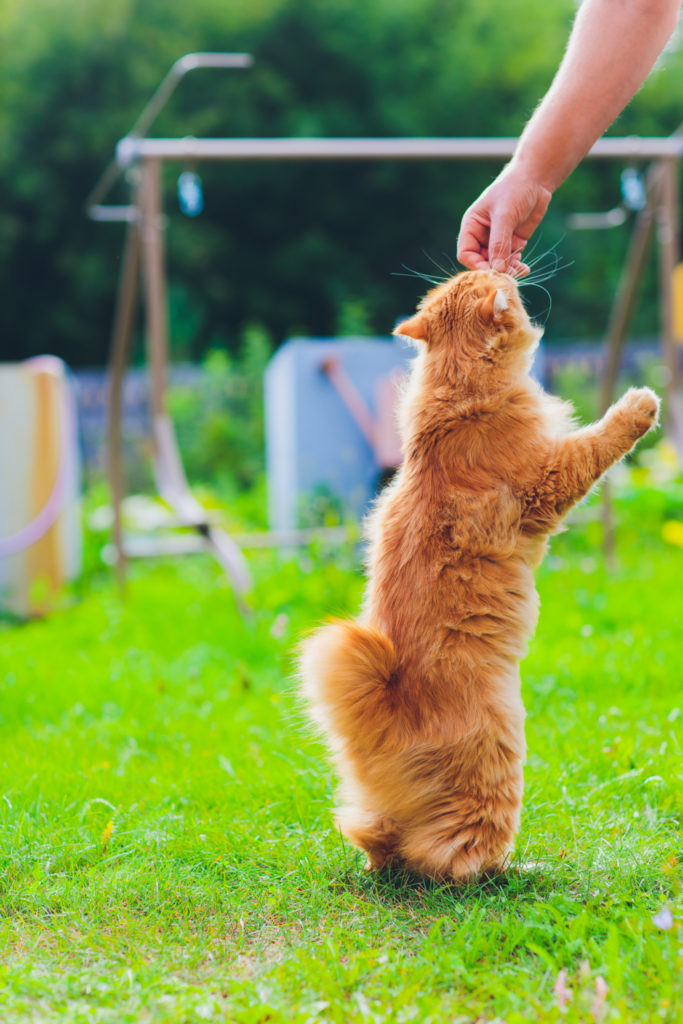 If your cat is starting to bite your nose for no apparent explanation, the following might be the reasons why:

The most common reason why cats bite your nose is overstimulation. You might be petting the kitty for so long that it pushed the cat to its physical limitations. And since cats can’t talk, the only way for them to make you stop is to bite the nearest body part. Sometimes, your pointed nose might be the most convenient option.

Experts also refer to this phenomenon as petting-induced aggression. It’s not long-term aggression, but short-term aggression due to an unwanted stimulus. When your cat starts to flick its tail while you’re petting, take it as a sign that a nose bite is about to occur if you don’t stop.

Cats are sensitive beings, so that they can be on edge pretty easily. It’s important to understand your cat’s personality to avoid overstimulation. And even though you’d want to keep your cat company, it’s important to give the kitty some me-time as cats are independent creatures.

This can happen if you pet another cat, and the smell spread all over your body. Once your cat picked this up, it will be in territorial mode. And as you try to kiss the kitty, it will bite your nose instead.

Moreover, cats that feel threatened over their territory will become fastidious groomers. This will lead them to groom their owners to the point that they start to bite the nose. Biting while grooming can be a formed habit, which is the same thing that cats do to their kittens.

Before you jump to conclusions, you must ask yourself this question: am I giving my cat enough attention? If not, nose biting might be an attention-seeking habit. Your cat knows that biting your nose will catch your attention, regardless if it’s negative behavior. 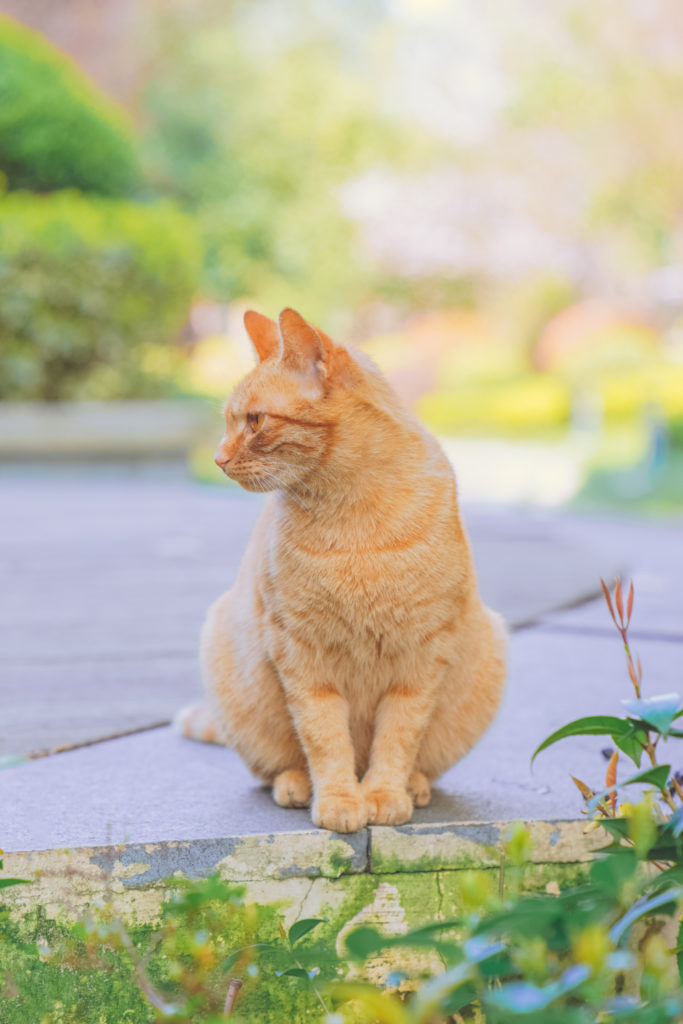 For kittens, nose biting is a form of rough play. It’s important to correct this behavior, so your cat will not get used to biting your skin. If you don’t, your cat will keep doing it, which can become annoying in the long run.

Avoid rewarding this behavior inadvertently because it will only fuel the nose biting habit of your cat. Rewards can be a form of providing attention, petting, or feeding after the cat bites your nose.

No matter how sweet your cat is, it will have anger streaks from time to time. Your cat may hiss, bare its teeth, and try to claw you when it’s angry. It may also bite your nose if you try to kiss the feline.

If your cat starts to growl with dilated ears and pinned ears, you should put the kitty down. These are signs that a bite is about to occur.

Also known as ‘love bites’, nose biting is your cat’s way of showing their love. Cats can’t verbalize their affection, so they do it through actions like grooming, bunting, and even biting your skin. If your cat purrs then bites you, it means that the kitty appreciates your presence.

Sometimes, cats will bite your nose even if they are fully relaxed. As you see, each cat has a unique way of showing affection to their humans. If the nose bite isn’t followed by hissing, bared teeth, and raised hair, it’s possibly just an affectionate gesture.

Male cats will often impose their dominance toward other cats through fights. However, they may also redirect this to you by biting your nose. Your cat knows that biting your nose gets your attention, therefore feeling like the top cat.

If the cat tries to play or cuddle with your after biting, it’s a show of dominance. Your cat is imposing that you perform a specific activity on its own terms. As much as possible, you shouldn’t tolerate this behavior.

Lastly, cats that nibble and bite on their owners’ nose are probably weaned too early. The frustration of being separated from its mother will push the kitten to seek comfort by sucking on your nose. At some point, your kitten may bite, too. learn here how to wean a stubborn kitten.

To prevent this, you should only wean kittens from their mothers once it’s 7 to 8 weeks old. At this point, the kitty has received ample nutrition and can be transitioned to wet food.

Why does my cat bite my nose when I sleep? 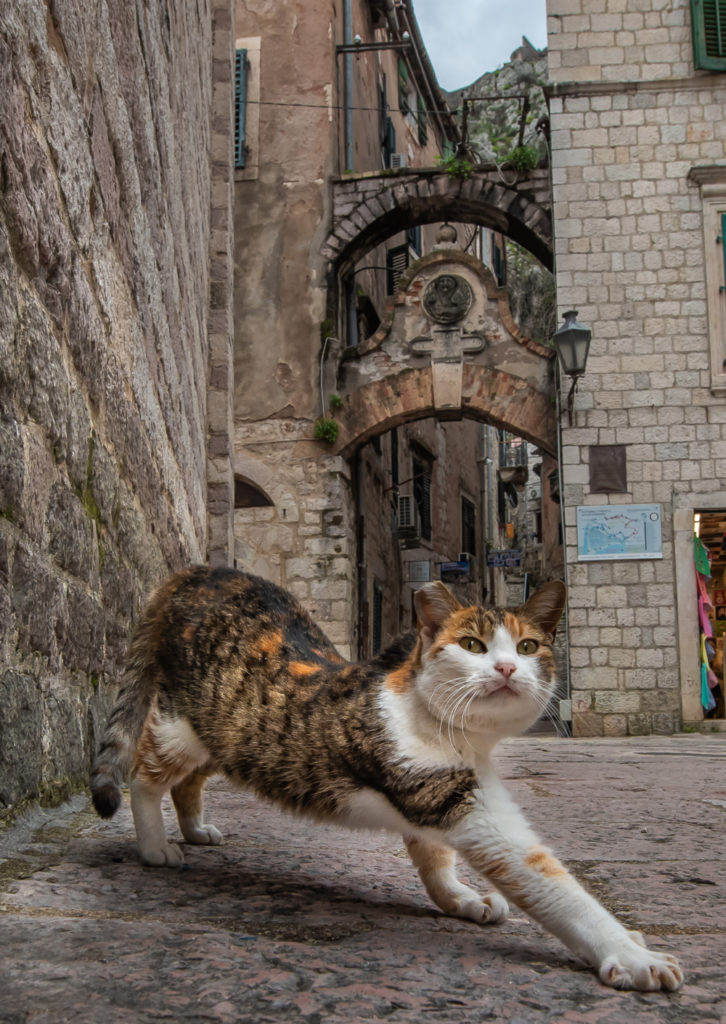 Each cat has unique habits, with some biting their owners’ noses during sleep. It can be any of the seven reasons I discussed above.

Another possible reason here is hunger. Your cat will wake you up by biting your nose so that you will serve the kitty some food. This usually happens early in the morning or if you’re staying in bed for too long.

To prevent this, I suggest giving your cat playtime before bed to drain some of its energy. It will prevent your cat from missing you while you’re asleep. You can also leave an interactive toy to keep your cat busy while you doze off.

Why does my cat bite my nose in the morning?

Cats are beings of habit, so biting your nose each morning might be its way to say ‘good morning!’. Nose biting is also a way to get your attention when your cat is hungry.

Some cats will also nibble on the lips of their owners. Aside from hunger, your cat might be liking the warmth coming from your nose and mouth. And if you used a skin product before going to bed, its smell and taste might be appealing to the kitty.

How to stop your cat from biting your nose? 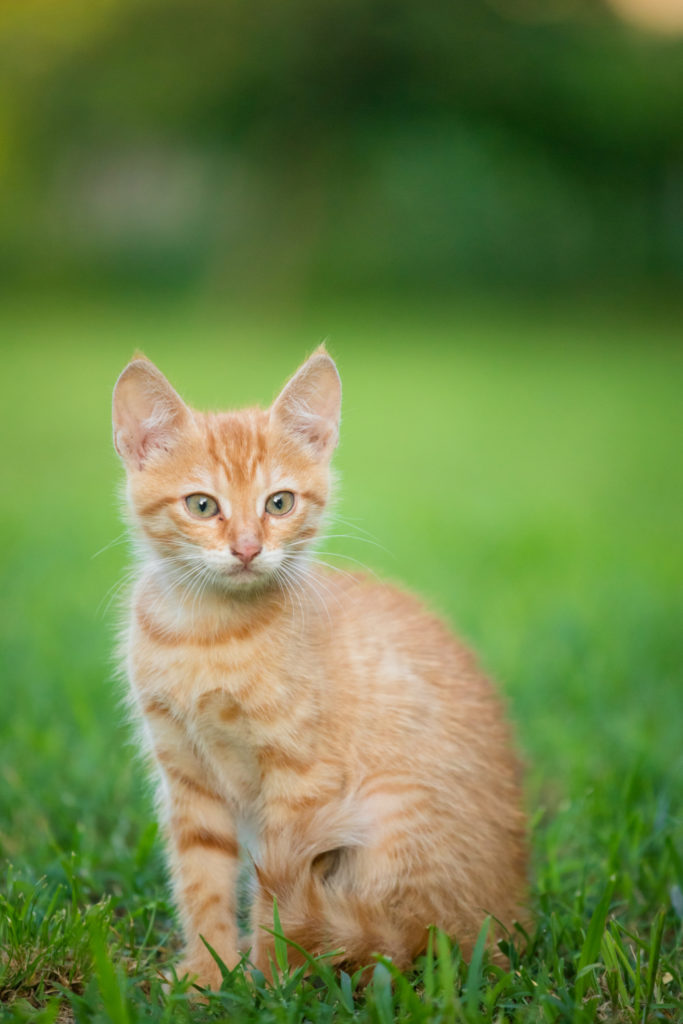 Nose biting isn’t normal behavior and must be corrected as early as possible. If your cat’s nose nibbling habit is getting out of hand, you should do the following:

Why does my cat bite my nose? It could be a form of affection or the result of overstimulation. You should also watch out for potential aggression and dominance. As much as possible, you should correct this behavior so that it won’t get out of control in the future.