Catfights can happen from time to time, even to the friendliest kitties. However, some cats tend to have repetitive behavior, one of which is biting other felines on the neck.

So you can’t help but ask, why does my cat bite my other cat’s neck?

This is very common in multi-feline households, and lack of socialization is the leading cause. You should also watch out for sexual aggression, dominance over a cat, and predatory behavior.

However, neck biting isn’t always severe. Most of the time, kittens will bite the other litter members to initiate playtime and establish their predatory instincts.

Below, I discussed these possible scenarios and what you can do about them:

Reasons why a cat will bite another cat in the neck

Biting is quite common among cats, but if yours is always targeting the neck, the following might be the reasons why:

Cats, especially kittens, are naturally playful. Unfortunately, this can lead to playful bites all over the body, including the neck.

This bite shouldn’t draw blood or cause a bite wound. Otherwise, you have to be concerned. 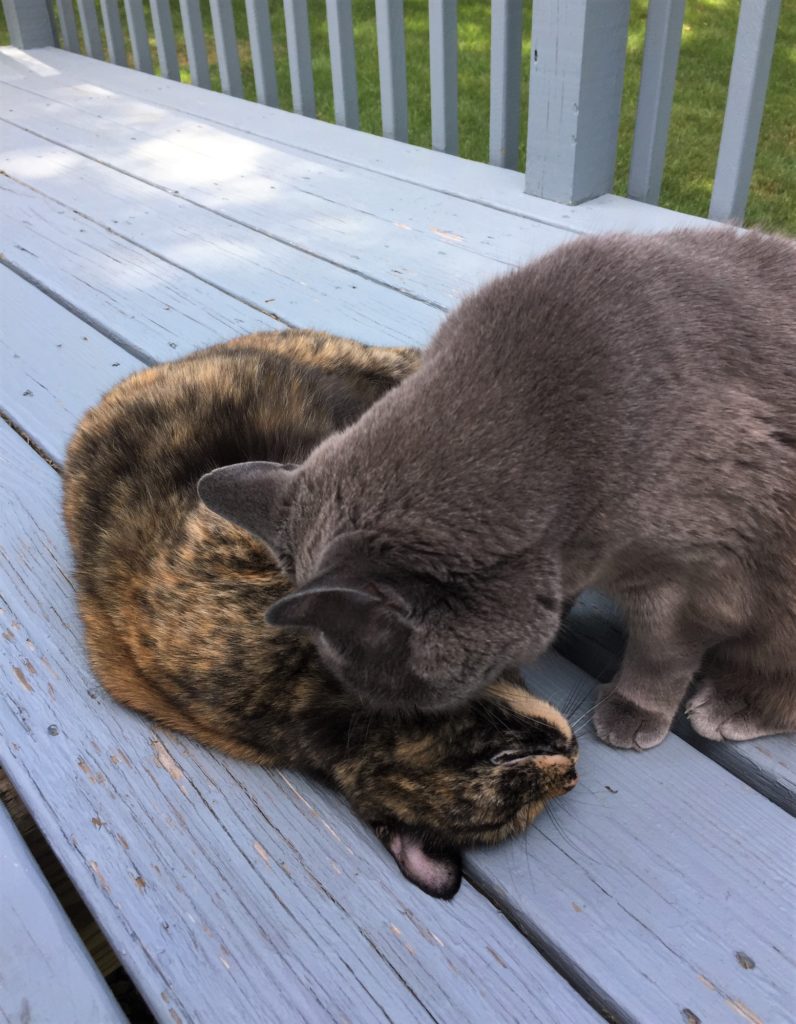 Most cats outgrow this behavior once they turn a year old. But if it persists and becomes invasive, other factors might be at play.

For example, your older cat might be dealing with the following conditions.

A poorly socialized cat will be aloof to other people and pets. So when you introduce another cat, expect the resident feline to react harshly.

It could start with a hiss and then a full-on animal bite on the neck. This is aggressive behavior that should be addressed right away. (Learn More here How to introduce a Kitten to an Older Cat)

Biting the other cat is your aggressive cat’s way of driving the newcomer from its territory. This can become a persistent problem if you don’t do anything.

Take note that a cat that doesn’t get enough socialization will also attack other people and animals.

Remember that redirected aggression can occur, making an unsocialized cat a risk around children.

Cats that share food, water, and litter boxes are prone to resource competition or resource guarding. This can lead to aggressive behavior like biting on the neck or a full-fledged catfight.

The other kitten will have accidents around the house as it tries to avoid the dominant kitty guarding the litter box. The solution here is to separate each cat’s stuff.

You should set up individual corners where their toys, bowl, perches, and other belongings are kept. Separating the cats’ environment will help prevent neck biting from happening.

Cat breeds like Bengal, Sphynx, and Egyptian Mau have stronger predatory instincts. And if they aren’t given outlets to practice this instinct, they will likely vent it to the other cat. 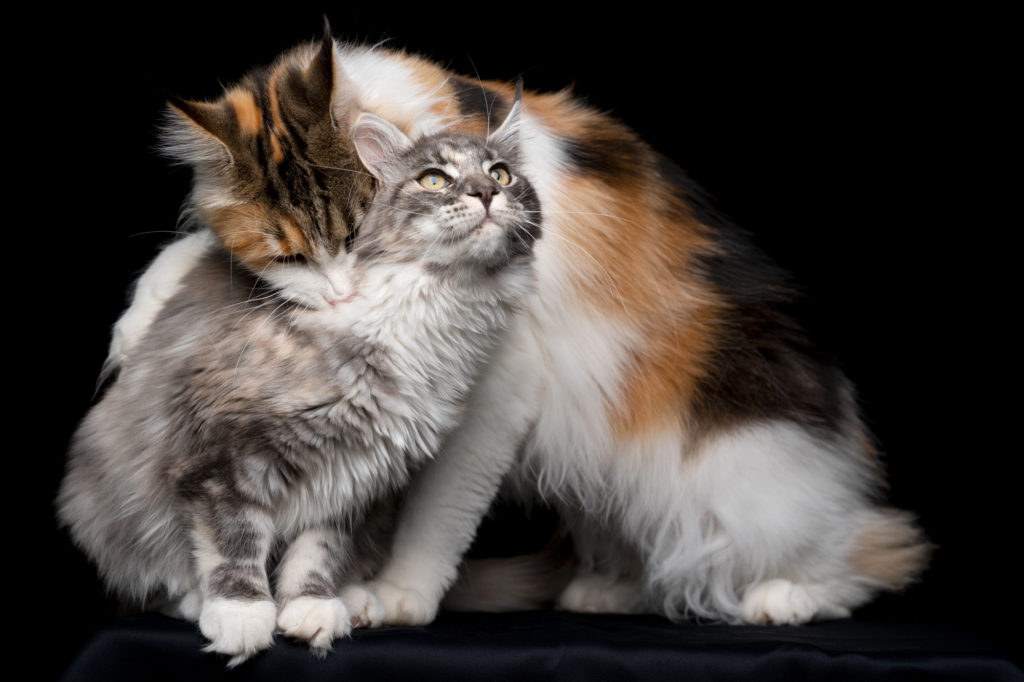 This behavior can be dangerous, as some cats go straight to the neck, intending to kill prey. The good thing is that this problem is easy to fix or avoid.

Providing interactive toys and playtime will help tone down a kitty’s predatory tendencies. Please also read my article on how to prevent cats from excessive chewing.

A cat’s neck biting habit might be due to a medical condition in rare cases. However, this behavior can be a secondary effect of the cat’s pain.

If the other feline is annoying the ailing cat, the former can snapback with a bite in the neck.

Aside from that, some medical conditions can give a cat sudden and uncharacteristic aggressive episodes.

For example, hyperthyroidism, cognitive dysfunction, and hormonal imbalances can make your cat more aggressive than it usually is.

Lastly, you should know that rabies will also make a cat aggressive.

Unlike the other medical conditions I mentioned, rabies is very dangerous for the cat, the cat owner, and the other pets/people around.

An infected cat should be isolated in a crate and brought to the vet immediately.

The good thing is that vaccinated cats won’t have rabies. It’s also rare for domesticated and well-cared kitties to contract the deadly infection.

Neck biting is a multi-faceted problem. Once you’ve determined the reason behind it, the following might be suitable solutions:

An aggressive kitty is often left in seclusion, which further fuels the problem. Therefore, it’s essential to introduce the cat to various stimuli slowly. 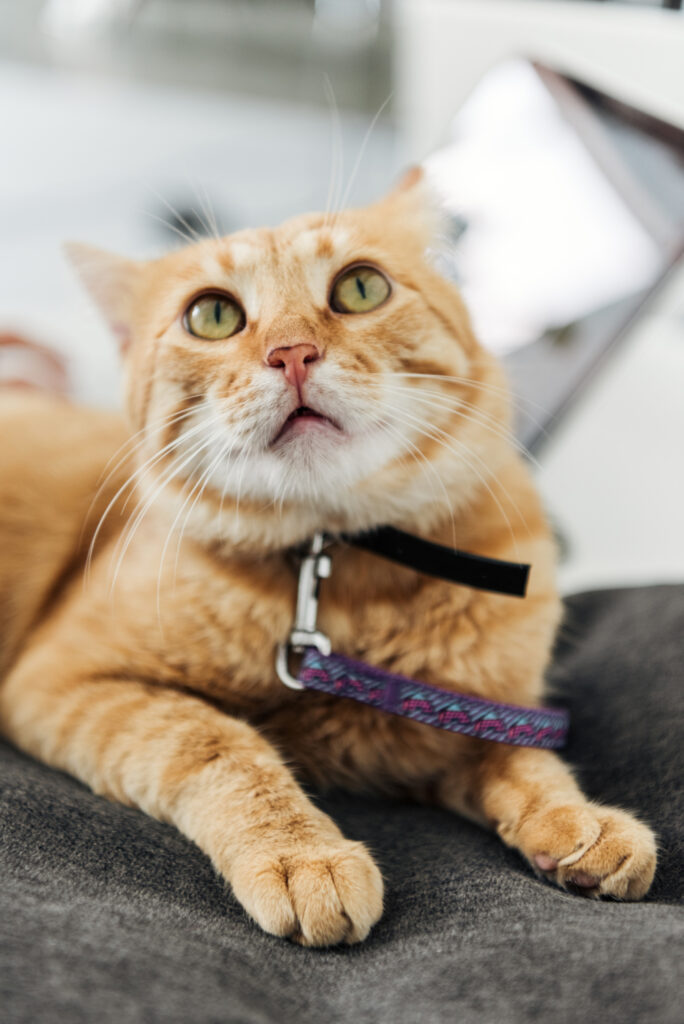 Start by taking it outdoors and letting it sniff around. From there, you can take the cat on short walks before introducing another cat.

Bored cats will find ways to keep their selves entertained. Unfortunately, roughhousing the other cat might be one of them.

It would help if you supplied your pet with toys, perches, scratching posts, and lots of playtimes to prevent this.

If cat items are the root of the biting problem, you should provide each of your cats with their belongings.

Also, never force your cats to share one feeding bowl. This will get them to toe with each other all the time.

Many cat owners are guilty of forcing the resident cat to meet the new feline. Remember that cats are very sensitive and territorial beings.

They will see the newcomer as a threat and, therefore, a subject of a potential attack.

Separate the two kitties and allow them to warm up with each other over the weeks.

Punishments and violence will make the situation worse if you have an aggressive cat. Instead, you should use the reward system to encourage your aggressive cat to be nice to the other feline. 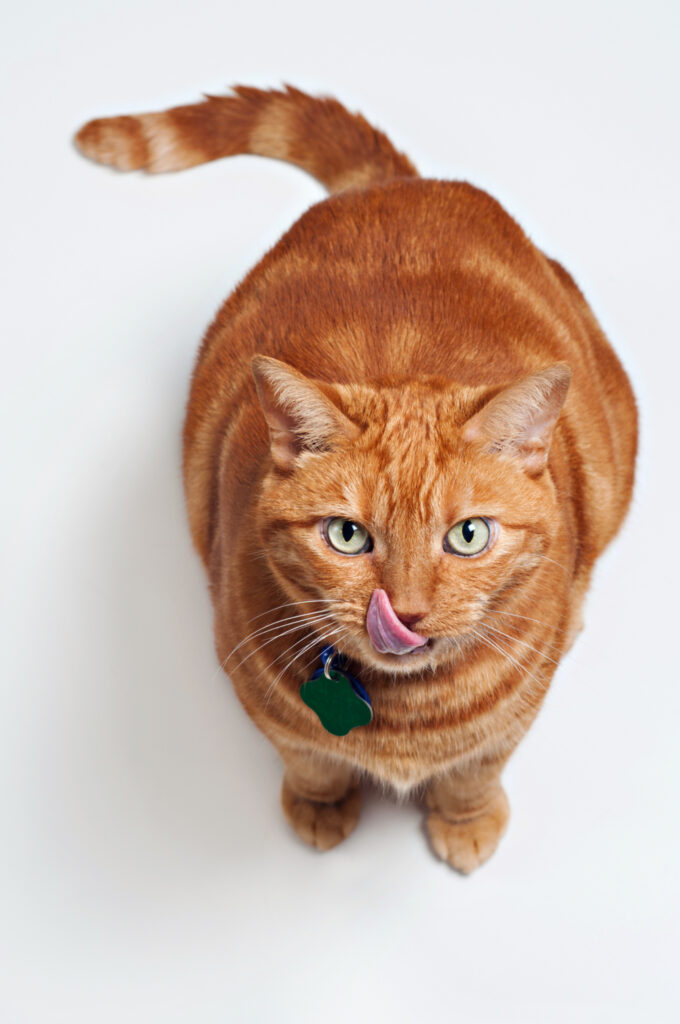 For example, give the dominant cat treats and pets when the other kitty is around. This association will help stop the biting behavior.

Just make sure that you give the treats separately instead of tossing them on the floor. Please read What does it mean when a Cat Bite you Hard.

What does it mean when a male cat bites a female cat’s neck?

A male cat biting a female cat on the neck is often a defensive behavior on the part of the male kitty.

I’ve seen this endless times with the two stray cats in our yard while mating.

While some pet owners might think this is a forced encounter, it’s a natural response among male cats.

They do this as protection if the female cat tries to attack them.

Such an attack can happen as mating causes pain to the female kitty.

Many cats retain their instinct to stay still when held on the scruff (Learn here why my cat hates being held).

With this, the male cat somewhat bites the part to disarm the female kitty.

Why does my cat bite another cat’s neck while grooming?

Some cats will bite the other cat they are grooming to remove something. It’s usually a harmless bite unless the other kitty cries in pain.

Unlike humans, cats can’t pick dirt with their fingers. Instead, they do all these by licking, nibbling, and biting while allogrooming.

Allogrooming directly means grooming another, which is observed in multi-feline households.

It’s a sign that the cats are affectionate and protective toward each other. Learn More On Grooming How to Groom a Cat that Hates it

Why does my cat bite my other cat’s bum?

However, it can also be an instinct commonly observed in intact felines.

If the biting cat is male and the one is female, you should consider the possibility of sexual aggression.

This behavior will persist until you do something to stop the cat.

Why does my cat bite my other cat’s tail?

It’s no secret that cats are fascinated with other pets’ tails. Kittens, for one, will chase it to no end.

However, if biting occurs, the reason could be anything from being playful, bored, or aggressive. 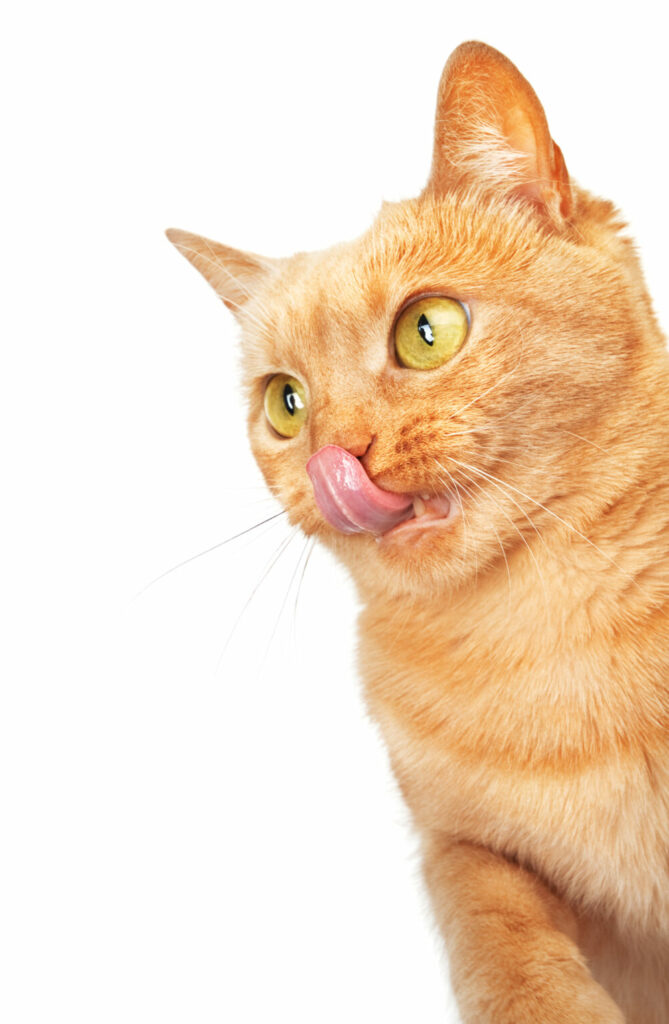 Therefore, it’s crucial to observe the situation and what happened before the cat bit. A wagging tail is an invitation for a cat to play or attack.

As long as the biting isn’t causing injuries, this is considered harmless behavior.

How do you tell if cats are fighting or playing?

It can be tricky to identify whether your cats are playing or fighting. What you need to do is observe the body language of the felines.

Both fighting and playing cats will hiss, love, bite, and chase each other. However, the difference is that fighting cats will hold their ears back and puff their tails.

You’ll also see raised fur at the back as a way to intimidate the opponent.

On the other hand, play-fighting cats will pause or take turns attacking. Then, the cats will usually roll around playfully to initiate a response from each other.

Unless the encounter is causing injuries to both, it shouldn’t be a cause of concern. This behavior is common among kittens as they learn to establish their predatory nature.

Why does my cat bite my other cat’s neck? It could be due to playfulness, lack of socialization, resource guarding, or sexual aggression.

In rare cases, the attacking cat might be suffering from a health problem.

Whatever it is, there’s a way to discourage the behavior without using punishments or violence.