Since cats can’t talk, they often meow and use their paws to communicate. But the question of many pet owners is this: why does my cat reach his paw out to me? 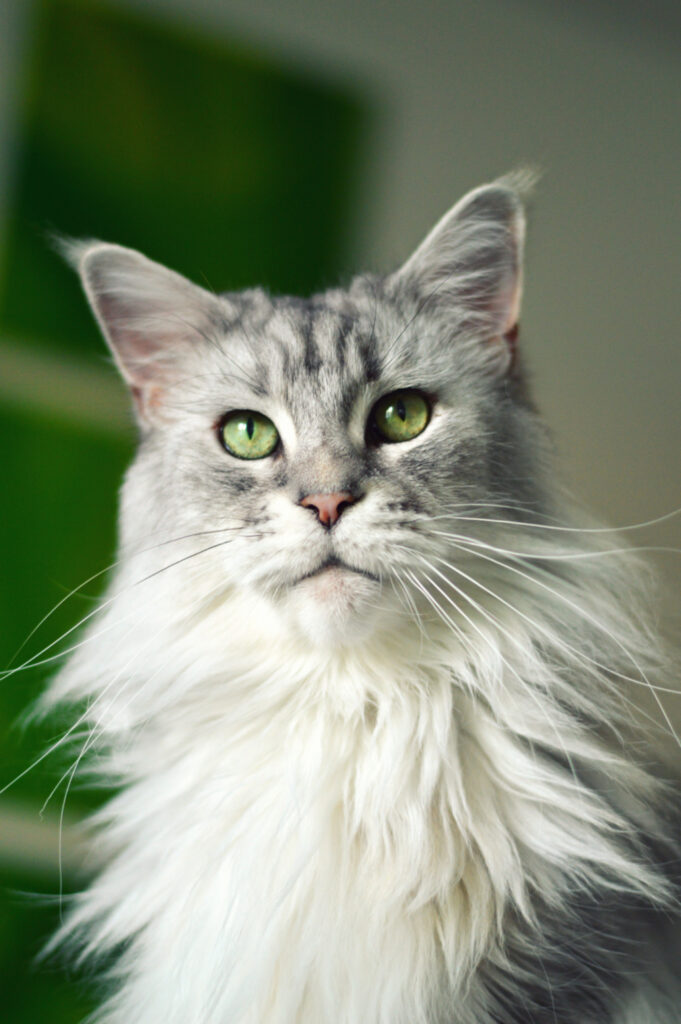 This behavior is prevalent across feline breeds. It’s often harmless and just a way for your kitty to say something to you.

If you’re also wondering why your cat often reaches its paw to you, the explanations below could settle the mystery.

Why is my cat reaching its paws out to me?

If your cat seems to be reaching out its paw to you often, the following might be the message it’s trying to send:

1. Your cat is trying to get your attention.

The most common reason why a cat will extend its paw on you is to get your attention. It’s often accompanied by vocalizing as a way for the kitty to communicate.

Overall, this is a common behavior observed in all cats. Clingy breeds do this a lot, so make sure that you keep their claws clipped to avoid scratches.

Take note that some cats may become too demanding when it comes to attention. It’s not advisable to give in all the time as your kitty may soon develop an annoying behavior.

2. Your cat is just stretching.

A reaching out paw might just be part of your cat’s stretching. Cats love to stretch and they will do so dozens of times a day.

Moreover, felines usually stretch after waking up from a nap. It’s because they tend to sleep in contorted and weird positions that make their muscles tight. 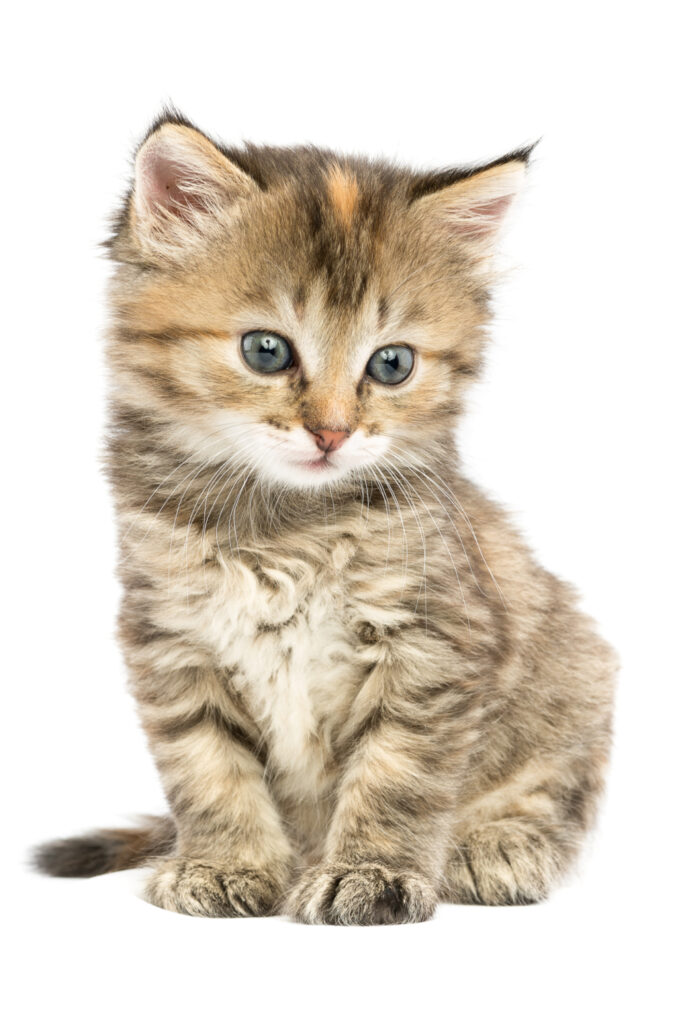 Cats can also stretch their bodies while half-asleep. It’s a kitty’s way of finding the most comfortable position for another nap.

Aside from that, stretching in front of you is a sign that your cat trusts you. It’s because stretching is a very vulnerable position and felines will only do it in the company of people they know.

3. Your cat wants some petting.

Reaching out its paw to you probably means that your cat wants some pets. Some cats do this as a learned behavior since their owners respond to such gestures with petting.

Some cats would also stretch its paw to their owners to initiate cuddles. Others will reach out their paws, grab their owners’ hands, and cuddle them while sleeping.

If your cat reaches out its paws in an excited manner, it’s probably initiating playtime. Others will also play-bite their owners’ hands to request play.

Most cats will tap their owners, run away, and then look back as if anticipating a response. They would do this repeatedly until their owners give in.

Aside from that, some cats will bring a toy and then stretch their paws on you gently. This is the kitty’s calm way of saying, “hey hooman, let’s play!”.

There’s no harm in giving in to your cat’s request. However, it’s best to schedule playtime sessions during the day, so your kitty won’t impose whenever it wants.

An outstretched paw might be a sign that your cat is in pain. Your pet is coming to you for help to ease the pain or attend to the injury.

Since cats love climbing on elevated surfaces, they are very much susceptible to a wide range of injuries. From cuts, broken bones, muscle pain, and more – your kitty can suffer from excruciating pain.

If your cat appears weak, reluctant to move, breathing rapidly, or has swelling on its body, you should bring it to the vet. From there, the veterinarian will examine the feline to determine its actual condition.

6. Your cat is about to knead you.

Cats often stretch their paws to knead their owners. Also called “making biscuits”, felines do this as a form of affection.

Moreover, kitties knead by pushing its paw up and down alternately between the right and left. You’ll also notice that your cat’s fingers are outstretched.

While kneading is often a sign of comfort and pleasure among cats, it can also indicate stress. Some cats may knead obsessively to soothe their stress or frustration.

7. Your cat is mimicking you.

Domesticated cats tend to mimic the gestures of their owners. It’s possible that your kitty is actually imitating your stretching or how you’re raising your hands in the air.

Aside from that, cats also exhibit several other mimicries. For example, felines will meow when we sneeze, drink from our cups, and even jump after we do so.

After all, cats are programmed to mimic. It’s how they learned hunting from their mothers as well as other survival instincts.

8. Your cat is leaving its scent on you.

Lastly, reaching out its paw to you might be your kitty’s way of leaving its scent. Their paw pads have small scent glands where unique odors are released.

While we can’t perceive such scents, other kitties can easily pick them up. By marking you, your cat claims you as its property and as a warning to other felines.

Aside from touching you with its paw, cats will also rub their cheeks on you. Felines do this for the same reason of leaving their scent and marking their owners.

Take note that obsessive marking can be a sign of territorialism in cats. There might be another feline around that your pet perceives as a threat.

Why does my cat hit me with his paw when I pet him?

While cats like petting, they can also suffer from overstimulation. This might be the reason why your cat will hit you in the middle of a gentle petting session. 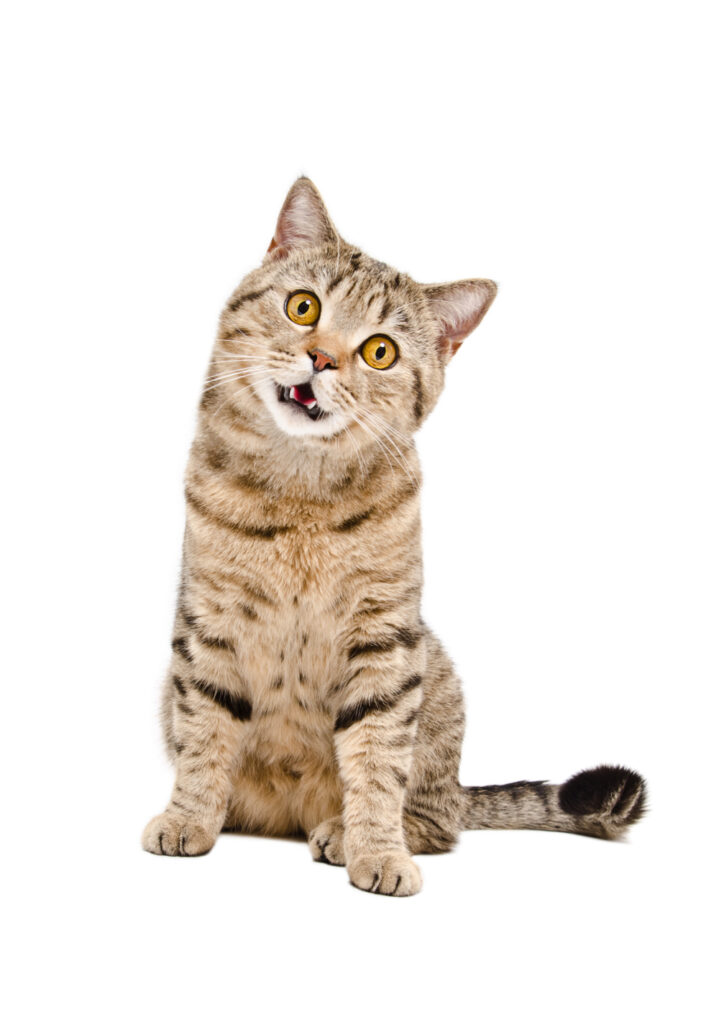 On the other hand, cats may also hit you while petting to initiate rough play. It depends on the mood and personality of your cat.

Overall, if your cat hits you while being petted, it’s best to stop the gesture. This will also teach your kitty that hitting you is uncalled for.

Why is my cat pawing at random things?

Cats paw at random things to vent out their energy. This is why kitties tend to topple things off the edge of elevated surfaces.

Another possible reason is that your cat is shaking its paw to remove something. It might be stubborn dirt or a dead part of its nails.

Aside from that, there might be a small insect that your cat is seeing, which led to pawing. And in many instances, even unusual scents may lead your cat to paw at virtually everything.

Overall, cats tend to have weird behavioral patterns from time to time. As long as the pawing isn’t destructive, it’s something we can consider as normal for felines.

Why does my cat paw at walls?

Cats paw at walls to file their nails naturally. This happens if you don’t give the kitty its own scratching post or pad.

Aside from that, felines may paw at the wall to catch an insect. They might also be leaving their scents around to warn other kitties that this is their territory.

Why does my cat touch my face with her paw?

Cats often touch the face of their owners to get their attention. Your kitty probably wants some pets or playtime.

On the other hand, it’s also possible that your feline is marking you. This can be followed by the rubbing of its cheeks.

And if you try to kiss a cat that’s not in the mood, you’d surely get blocked by its paw.

Why does my cat reach his paw out to me? This gesture is often a kitty’s way to get its owner’s attention or to initiate play.

Aside from that, your cat might be stretching, begging for some pets, or asking for help because of an injury. It’s important to check other behavior that accompanies this to ensure that the gesture isn’t something to be concerned about.