Many dog breeds are born athletic and energetic. But if you have a couch potato that suddenly becomes active, something might be wrong. So you may be left wondering why is my dog so hyper all of a sudden? The common reason here is the sudden lack of physical stimulation. However, it can be stimuli that trigger the pooch’s overexcitement or anxiety. Also, you might be rewarding the behavior, which is the reason why your dog keeps doing it. 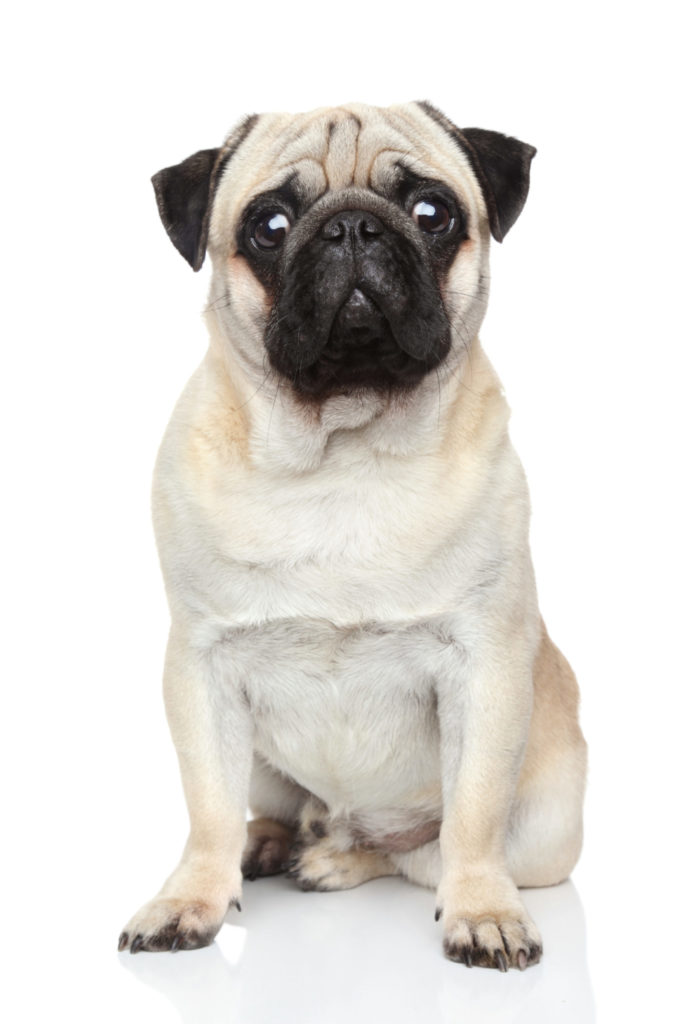 Signs that a dog is hyperactive

To be fair, being active is normal to many breeds. The likes of Golden Retriever, Beagle, German Shepherd, Belgian Malinois, and Jack Russell Terrier are naturally energetic. They will not settle in one place unless you tire them out.

Aside from that, dogs that are still in the puppy stage are extremely playful and active. They will try to chew, toss, and get their paws on almost anything.

So how will you know if your dog is hyperactive? Not being able to sit despite the command is a sign. Running around the house or yard to no end will also point to hyperactive behavior. Hyperactive canines will also nip at your feet, vocalize, and slap their tails on the floor.

It’s important to correct this behavior because of two reasons. First, a hyperactive dog is an undisciplined dog. If you’re expecting guests, this would become a big problem.

Second, correcting it is for your pooch’s own welfare. Zooming and running around expose a dog to potential injuries. And for big canines, hyperactivity increases their risk for orthopedic problems.

Why Is My Dog So Hyper All Of A Sudden? 3 Major Reasons

If your dog is hyper all of a sudden, there’s some hidden reason for this. You have to find this reason and remove it to ensure your dog doesn’t repeat this behavior in the future.

The following are some of the reasons why a dog will become suddenly hyper: 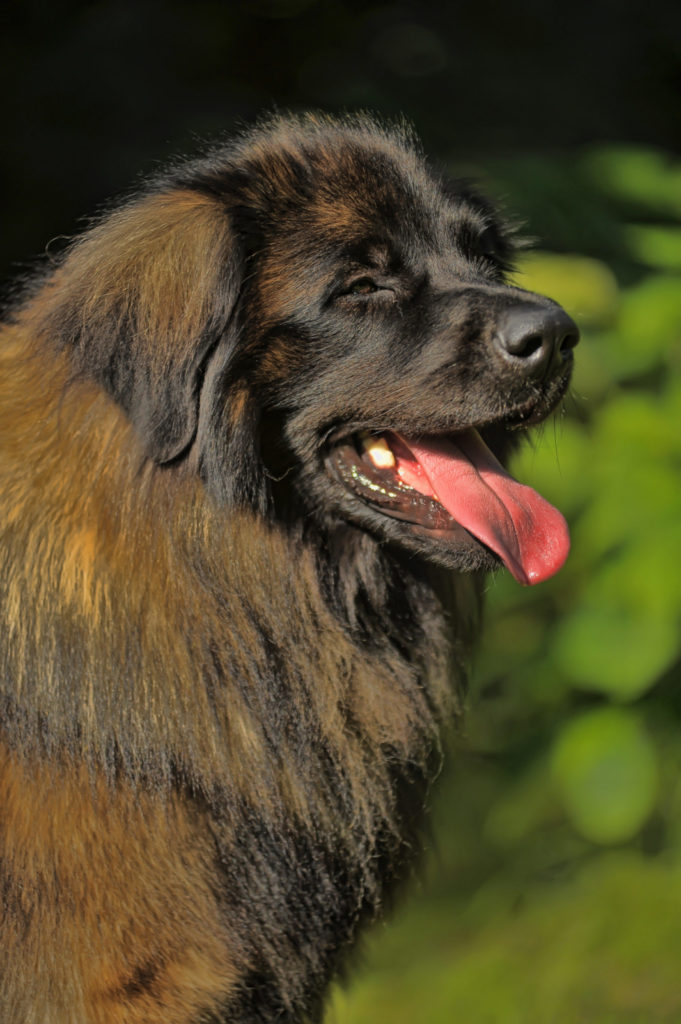 The most common reason why a dog would be too energetic is a lack of physical stimulation. Since the dog has a lot of extra energy, it will find ways to drain it. This means endless running and hyperactive behavior.

Remember that each breed has its specific energy levels. If you’re working long hours, it’s important to avoid athletic canines. These dogs would become hyperactive and destructive if not given enough physical and mental stimulation.

Also, the lack of exercise will cause boredom. This will drive your dog to behave weirdly. For some, boredom will manifest as intense running and chewing. But for other canines, it will be howling and barking at the top of their lungs.

Another thing you should watch out for is triggers. These are stimuli that activate the hyper button of your dog. Playtime is a trigger on which some dogs resort to rough play and hyperactivity.

The presence of other people and pets can also be triggers. It’s important to observe your dog and its behavior when presented with different stimuli. That way, you’ll pinpoint what’s causing the hyperactive behavior and what you can do about it.

Triggers can be words that your dog has associated with something positive. These words are ‘treats’, ‘walk’, or ‘outside’.

Lastly, hyperactivity in canines can be a learned behavior. You probably reward the dog with food, affection, or attention whenever it behaves as such. While it’s heart-warming to see a happy doggo, you should avoid rewarding a hyperactive behavior. If you do, your pooch will start jumping on people and crossing the line.

Instead, you should train your dog to calm down when it encounters a trigger. Once the dog is calm, that’s when you can proceed to reward or give attention.

How to calm a hyperactive dog?

You should know how to calm your hyperactive dog to prevent any untoward incidents. It’s also a matter of raising a well-rounded canine. The following are some of the helpful tips you can do:

The easiest way to curb the hyperactivity of a dog is to drain the energy. Take the pooch on a brisk walk in the neighborhood. If going outdoors isn’t possible, a 10-minute playtime would do the trick. You can also set up an agility course in your house to keep the pooch mentally and physically stimulated. 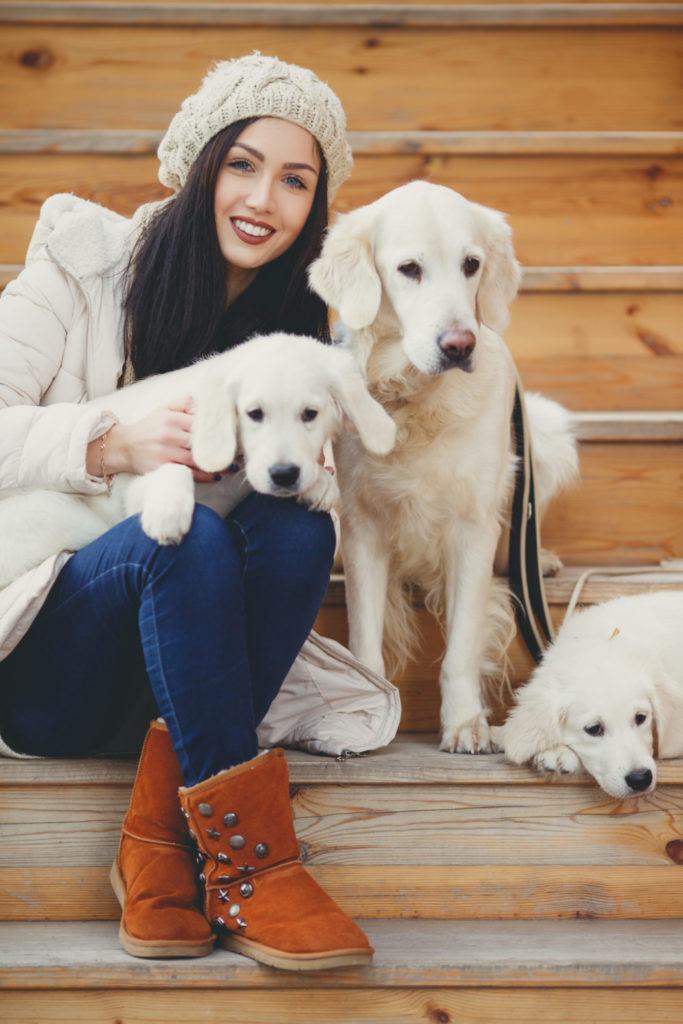 Engaging your dog’s nose is also a good way to curb hyperactivity. This works well for hound dogs with a keen sense of smell.

Socialization is also important, especially for dogs that get hyperactive when there are other people around. This is intended to desensitize your dog to the smell, sound, and sights of other people aside from you. Doing this will also reduce your dog’s aggressive tendencies.

If your dog’s hyperactivity is getting out of hand, you can ask the vet about calming aids. These are medications or supplements that will help soothe your pooch’s mood. The following are the most commonly used calming aids for canines:

Brush up on training

Aside from that, you should brush up on your dog’s training. Check your hyperactive dog’s recall of the basic commands like stop, sit, stay, down, and leave it. These commands will give you control over a hyper dog.

You can actually use hyperactive playtime as a training session. When your dog becomes hyperactive, hold some treats so you can reward the pooch whenever it follows your commands.

Lastly, you should also stay calm. Remember that dogs take a cue from our behavior so if you’re hyperactive, your pooch will be too.

Don’t shout or hurt your dog just to stop its crazy streak. Instead, use a calm but firm voice to give commands. If the pooch doesn’t want to do what you want, leave the room. This will teach your dog that hyperactivity isn’t a good thing.

Now that you have read this article, I am sure you won’t be asking why is my dog so hyper all of a sudden? It can be due to a lack of physical stimulation, triggers, or learned behavior.

Whatever the reason behind this behavior is, you must correct the behavior before it becomes a big problem. Take note that a hyperactive dog can put you in trouble once it hurts a person or another pet. Don’t hesitate to consult your veterinarian if you’re having a hard time dealing with your canine’s frenzied behavior.

Thank you for reading and have a good time with your lovely pooch!