Cats are weird, and so is their habit of staring into nothingness. You must also have thought sometime “Why does my cat stare at the wall?” One reason for this is that your cat is actually staring at a color or particle not readily visible to humans’ naked eye. Your cat might also be concentrating while it listens to a sound. This behavior is not a usual cause of concern unless other symptoms accompany it.

Why does my cat stare at the wall? 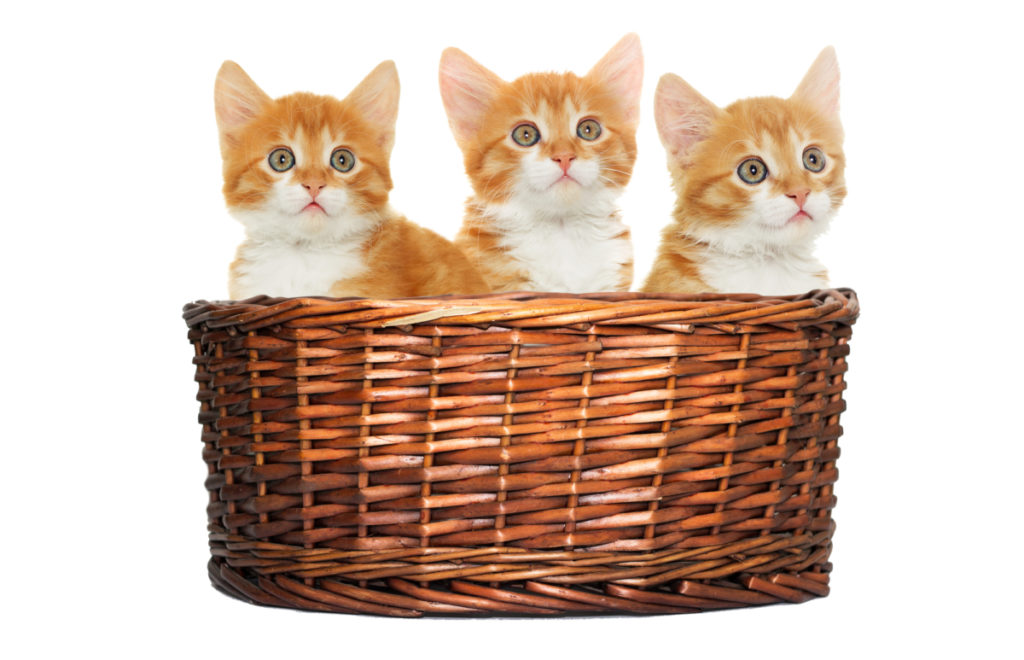 Cats may develop weird behavior like staring at the wall. But on the flip side, it could also indicate a more serious health problem. Here are some of the explanations of why a cat is fixated on the wall:

Cats have a very sharp vision. They have a field of view of around 200 degrees, while humans have roughly 180 degrees. This allows cats to see their prey and predators easier. Also, cats have much better vision than dogs, so they are often attracted to moving objects. This might also be the reason why your cat seems to be staring blankly at the wall.

From afar, your cat may appear as if it’s staring into nothingness. But if you walk close, you might see a small ant or bug that your kitty is following.

Also, cats can see dust particles in sunlight way better than we do. Such a sensory experience may not seem massive for us, but it’s immersive and interesting for cats.

Moreover, a 2014 study indicated that cats could see light wavelengths that are not visible to humans – ultraviolet, for example. So the next time you see your cat staring at the sun-soaked wall, let the kitty enjoy the spectrum of colors that only cats can see.

Similar to their vision, felines are lauded for their sharp sense of hearing. Cats don’t just see the slightest movement; they also hear the subtlest sound. 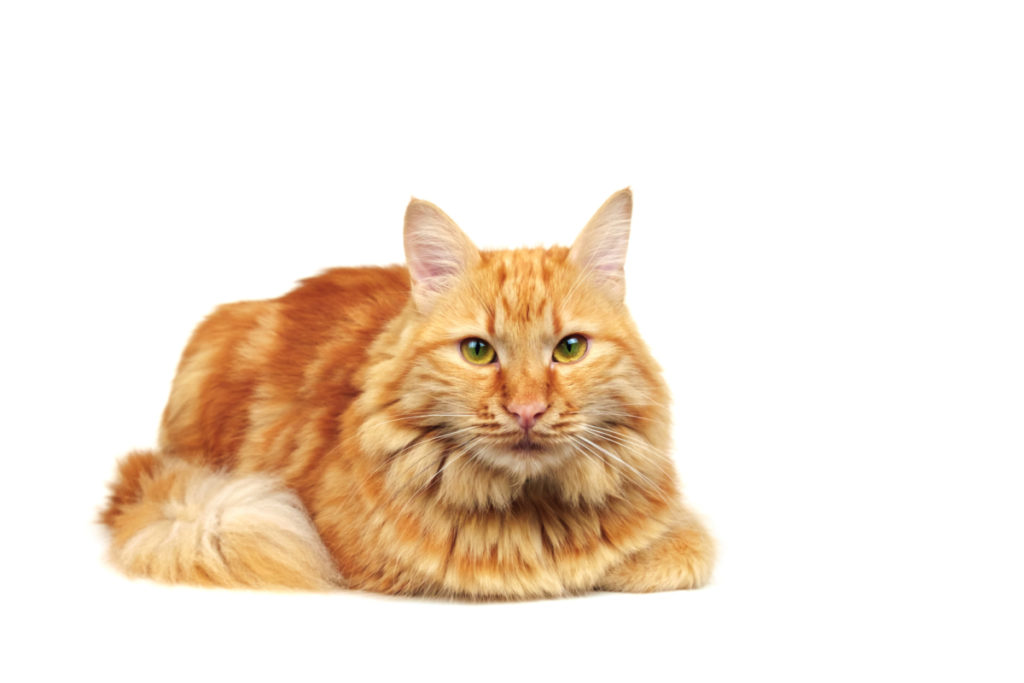 Your cat might be concentrating and listening to a sound, which explains the fixed stare at the wall. There might be rodents running back and forth behind your drywall. Your kitty can also hear the sloshing sound of water on your pipes or the whistle of the air ducts. Even a tiny creak on your house doesn’t go undetected by a cat’s keen sense of hearing.

Have you ever found yourself staring at thin air while thinking about something? This might be the case with your cat.

Cats have mysterious brains, so these initial results are not yet conclusive. Just like the famous line from the animated movie ‘Inside Out’: “do you ever look at someone and wonder, what’s going on inside their head?”.

On a more serious note, cats that stare blankly at the wall while pawing at something non-existent might be suffering from hyperesthesia.

Hyperesthesia, also known as the ‘rolling skin disease’, is a condition in which cats suffer from skin problems. The skin becomes rippled, and its tail will twitch abnormally. Also, the kitty would be grooming itself frantically, especially at the base of the tail. If not managed, it may lead to self-mutilation. 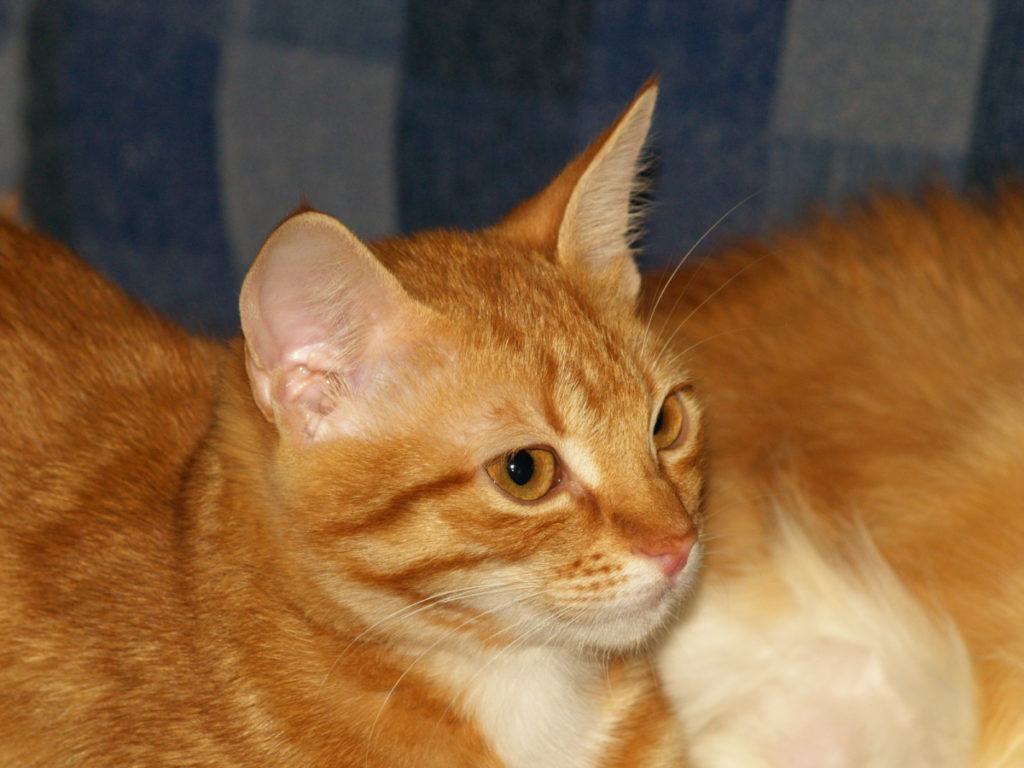 Aside from that, the kitty will suffer from seizures when petted. This may appear as if the cat is staring blankly on the wall in a fit of mania.

Veterinarians and experts are not sure what causes hyperesthesia in cats. Most cats that suffer from this are between the ages of 1 to 5. It’s also more common in Oriental breeds like Persian, Burmese, Siamese, and Abyssinian.

Unfortunately, there’s no absolute cure for hyperesthesia. Still, the vet can provide a treatment program that will help improve your cat’s quality of life. This will help reduce the seizures and manic episodes.

Most cases of hyperesthesia are mild and won’t progress. As long as the tendency to self-mutilate is curbed, your cat will survive this condition.

What should I do when my cat stares at the wall?

If your cat isn’t exhibiting weird or aggressive behavior, it’s best to just let the kitty be. If you’re worried, try calling its name and see if it will respond. If it didn’t, that’s the time you should intervene.

Most of the time, your cat will outgrow this behavior. But if the kitty seems to be staring at the wall more often, it’s best to have it checked by the vet.

If the vet gave the cat a clean bill of health, then you must have your walls checked. Your house might be infested with critters, which are attracting your cat.

Why is my cat staring at the wall and meowing?

If your cat is staring at the wall and meowing madly, you should have it checked for hyperesthesia. Aside from skin rolling, cats with this condition will vocalize a lot. You will also notice pupil enlargement.

However, if the odd wall-staring habit is accompanied by aggression and drooling, you should consider the possibility of rabies. But if your cat is updated with its shot, rabies is less likely the reason.

The vet is always the best person to consult when it comes to your cat’s weird behavior. Since it can be a sign of a health problem, the veterinarian can perform the necessary checks.

Why does my cat face the wall when sleeping? 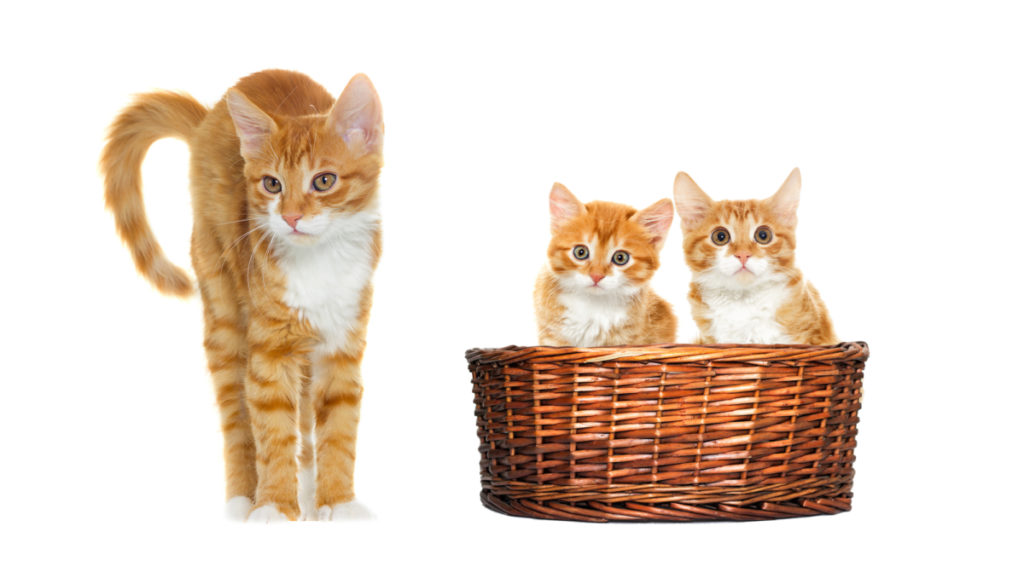 You shouldn’t worry too much if the cat’s face isn’t pressed on the wall. However, if your kitty appears to be taking a nap with its forehead pressed, that’s the time you have to call the vet. This behavior isn’t a mere case of ‘time out’.

Head pressing is a compulsive behavior observed in both cats and dogs. While your cat could be doing this for no apparent reason, its brain is already suffering from damages. The problem occurs on the thalamus and the forebrain due to unclear reasons.

The brain condition can cause a massive headache to your cat. As an effort to ease this, the kitty will press its head on the wall. It may or may not be accompanied by vocalization. You must take the cat to the vet immediately for diagnostic tests to determine the actual condition.

Why does my cat stare at the wall? A lot is going on in our cats’ heads. The kitty might be seeing colors and hearing sounds that humans can’t perceive. However, it may also indicate a health problem. The key here is observing for unusual behavior. In the end, the vet is always the best person to consult.

You don’t need to worry about your cat staring at the wall. Cats are curious creatures and they have sharper senses as well. It is likely that your cat is observing something that human senses can’t. You should consult your vet if you observe some abnormal signs along with cat starting at the wall.