Can cats eat pepper? The answer is yes, but only for some varieties of pepper. The likes of bell pepper are safe and nutritious for cats if given in modest amounts. Unlike other peppers, bell peppers aren’t spicy, and it has a tasty flavor.

Take note that you should never give your cat spicy peppers because they will wreak havoc on its stomach.

Can Cats Eat Pepper? Are They Safe?

Peppers are everywhere in our diet – from the pizza, we order online to our homemade meals. It adds spice and flavor to our food.

And as we enjoy the taste, we can’t help but wonder if our cats can have some, too. 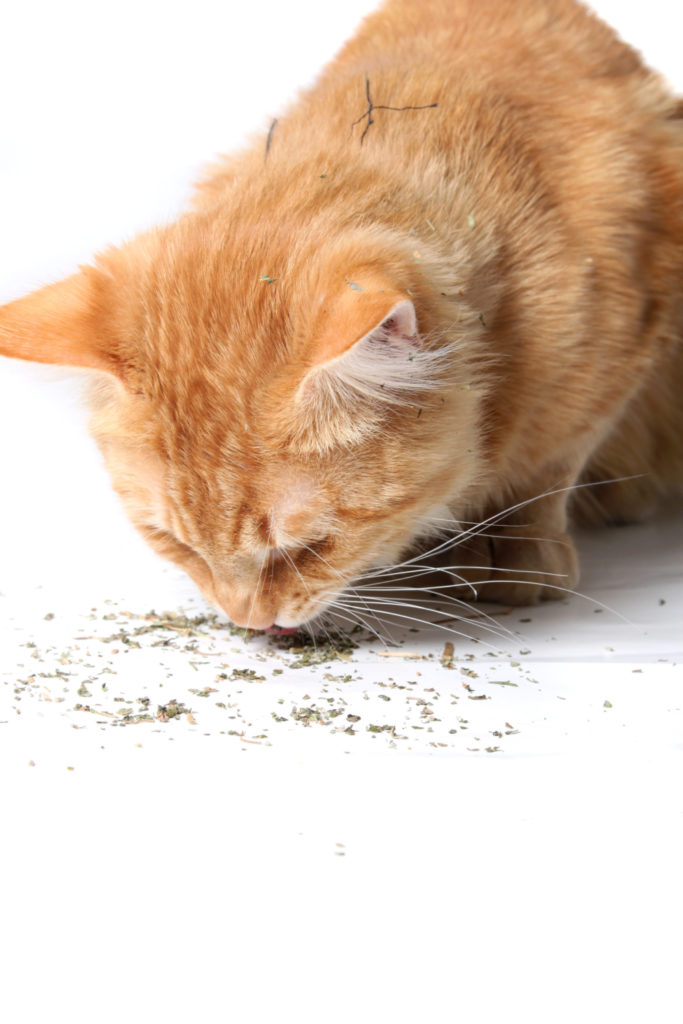 However, the answer to can cats eat pepper or whether peppers are safe for cats lies in the actual variety. Bell pepper is usually safe for cats if given in small quantities.

Take note that cats don’t usually express direct interest in peppers since they are hard-wired carnivores. But in case your cat ingested some slices of bell pepper, it’s comforting to know that it shouldn’t be a cause of concern.

However, the surprising fact is that cats don’t actually need most of the nutrients in bell peppers. Again, cats are carnivores, and they don’t usually resort to peppers and similar vegetables for nutrition.

If your cat is already eating complete and balanced food, you don’t really need to add some peppers to their meals.

Anyway, if your cat likes bell peppers for some reason, there’s no harm in giving some. Just be moderate on the serving since anything that’s too much is unhealthy.

But if your cat exhibits adverse symptoms like vomiting and diarrhea after consuming bell pepper, you should observe it within the next 12 hours.

You should give some low-sodium broth to help appease its upset stomach. The broth will also replenish the lost fluids in the cat’s body.

Also, to prevent irritations from bell pepper, you should give it to your cat without any flavoring or oils. So the next time your cat begs for some peppers from your skewers, give some that aren’t seasoned yet.

Can cats eat pepper? It depends on the type but what about Jalapeno peppers?

Jalapeno peppers are a no-no for cats! Its strong smell is enough reason not to give it to your pet. Besides, your cat will surely back off once the odor of jalapeno hits its nose.

Aside from that, jalapeno is reeking of capsaicin, the compound that makes peppers spicy.

Capsaicin is notorious as a cat repellent. If your cat gets in contact with capsaicin, it will burn and sting the skin.

Luckily, cats don’t have the taste buds to process the taste of spice. However, capsaicin in pepper can still give a burning sensation that will be uncomfortable for your pet.

You have to watch out if your cat is a big eater. The kitty might try to steal pickled jalapeno pepper from your plate when you’re not looking. Since it’s chewy, your cat may find it appealing.

Hours later, your cat will end up with explosive diarrhea and vomiting.

Black pepper doesn’t have high levels of toxicity to cats. However, since it’s bitter, your cat may not find it appealing.

In my opinion, there’s no point giving a cat black peppers since it doesn’t need this type of nutrition. Sprinkling black pepper on your cat’s food may only ruin the taste for them.

Are Sweet Peppers Safe For Cats?

For the most part, sweet peppers are safe for cats. However, you should always consult with the vet since each cat can develop sensitivities to specific food ingredients. 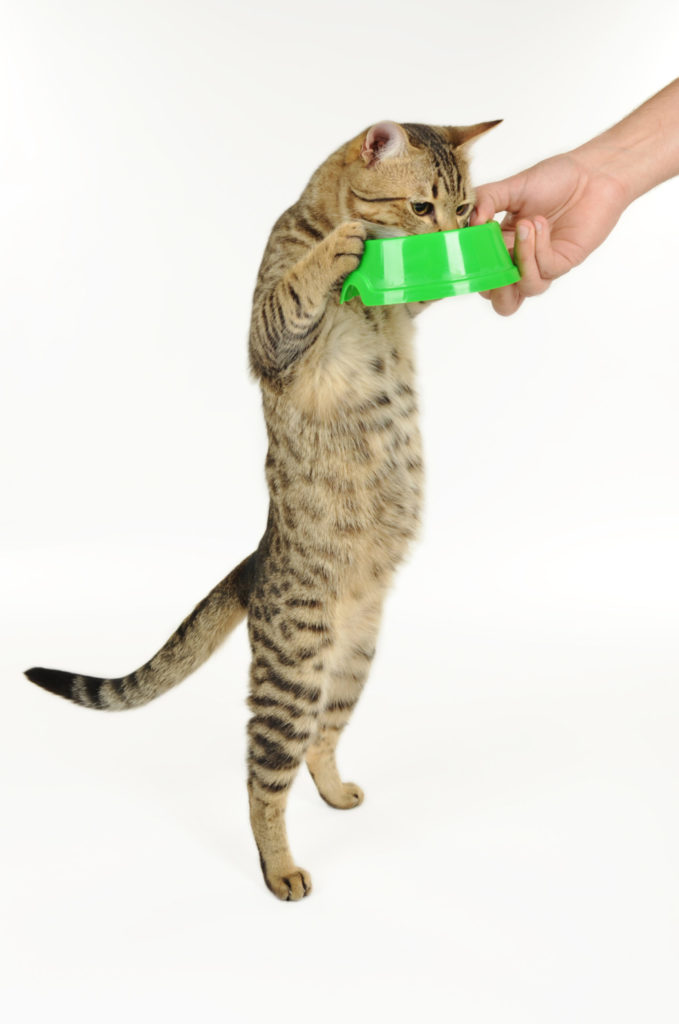 Like what I discussed earlier, your cat may not need the extra dose of sweet pepper. If you’re in doubt, just steer clear of peppers until you’ve talked to your cat’s veterinarian.

You can also explore alternatives to pepper-like corn or peas. These are healthy veggies that are safe for cats. String beans are also excellent choices since it has high levels of fiber.

Still, your cat’s diet should be a majority of meat to support its body needs, much so if it’s a growing kitten.

What Happens When A Cat Eats Spicy Pepper?

Can cats eat pepper that is spicy? When a cat ingests a substantial amount of spicy pepper, it will suffer from gastrointestinal irritations. Your cat will vomit and experience explosive diarrhea. Vomiting occurs as the body’s way to dispel the capsaicin, which is causing the irritation.

Your cat will also have watery eyes and a runny nose due to the burning sensation of capsaicin in the pepper.

If the symptoms don’t subside within 12 hours, it’s best to bring your cat to the vet. Continuous vomiting and diarrhea will cause dehydration that will become lethal in a matter of hours.

Make sure that cool water is available so the cat can cleanse its mouth when it wants to. You can also call the vet to ask for something that will help wash out the pepper spice in your cat’s mouth.

Can Cats Eat Pepper? maybe but can cats eat red pepper too?

Red pepper can cause irritation to the cat. That is why some people use red pepper as a deterrent to keep the cat away from the garden.

However, this is not an appropriate method because if the cat steps on the floor where the pepper had been sprinkled the pepper might get stuck in the paws or skin which can later cause irritation if she uses her paws for cleaning.

What Spices Are Toxic To Cats?

Peppers add flavor to our meals, but it’s not always the case with cats. In fact, a lot of spices in our kitchens are toxic and can potentially kill a feline if ingested in substantial amounts. The following are some of them:

These two ingredients might be the tastiest, but it’s not safe for cats. Continuous consumption of large amounts of garlic and onion can lead to anemia.

Your cat will experience lethargy, paleness, and poor appetite.

Onion chives are highly toxic to cats. This herb belongs to the onion and garlic family, which can cause anemia and a series of blood problems.

This spice should never be added to your cat’s food. Large amounts of nutmeg, including the essential oil, will put your cat’s life at risk. Nutmeg will lower your cat’s blood sugar and damage internal organs.

You should never give cloves to your cat because it contains a substance called eugenol. It’s highly toxic and will damage the cat’s liver. While often used alongside pepper, cloves are no-nos.

Can cats eat pepper? If we’re talking about bell peppers, then it’s safe to give your kitty a small amount.

Still, you should watch out for any adverse side effects. If your cat experiences diarrhea and vomiting after eating pepper, you should observe it in the next hours. You shouldn’t hesitate to call the vet for advice.

I hope the information from this article will help you take better care of your cat’s diet. Thank you for reading!