Home
Dogs
Can Electric Fence Hurt Dog and What Are The Side Effects?

Can an electric fence hurt dog? Yes, electric fences will hurt a dog due to its electrical charge. It will cause short-term pain the moment the dog touches the fence. The role of an electric fence is to startle a dog and to correct unacceptable behavior. In the long run, the dog may feel like the fence is a punishment, and it may resist going out of the yard even if allowed to do so.

Will an electric fence keep a dog in?

It might be doubtful whether an electric fence can keep a dog in since the pooch can jump over it. Unlike other fences, electric dog fences set a strong limitation in your yard. If your pet tries to go beyond that limit, touching the fence will send an electric shock to its body. This will not kill your dog, but it will cause extreme discomfort.

The fence has an electric charge that will send a shock to anyone who will try to touch it. The shock can be anything from mild to strong, which is adjusted based on the size of the animal.

Overall, electric fences can be dangerous if set up haphazardly and if young children are around.

But do electric fences work for big dogs? The good thing is that the amount of electric shock your dog receives is based on their size. With that, a small dog will only receive a small amount of electric charge. Still, the discomfort will discourage it from crossing the line again. However, some big dogs may leap over it and escape the electric shock.

Training your dog to recognize the boundaries in your yard is key instead of using an electric fence for dogs.

Side effects of electric dog fences

Many pet owners are divided about using electric fences. Due to the potential harm it brings, the dog may suffer from some side effects.

If not configured properly, the dog may receive a stronger electric shock than what’s meant for its size. This is why you should think twice before getting an electric fence for your dog.

Many veterinarians have warned about the harm of electric fences. In the worst cases, dogs will suffer from multiple burns that may lead to infection if not treated right away.

In some cases, a dog traumatized by an electric fence may exhibit aggression and unusual behavior. The dog will associate the fence to harm, and it may divert its aggression toward someone near them. They may also associate a person to the harm if someone is present while they are being zapped.

Q: Is an electric fence safe for dogs?

A: Electric fences are tricky, and it can be dangerous to dogs. The electrical charge will cause burns and even aggression. It may not be suitable for all dogs, especially small ones that can suffer from electrocution.

Q: Will an electric horse fence hurt my dog?

A: Horse fences may have a stronger electric shock than those made for dogs. It will hurt the dog, especially small ones. It’s best to consider the installation of the fence if you have both horses and dogs in your yard. It’s best to use a different system to dogs than the ones you use on horses.

Q: Can a dog jump over an electric fence?

A: Yes, big dogs can easily leap over an electric fence to dodge the zapping effect. This is why this system isn’t a top option among pet owners, especially since it brings a myriad of negative results.

A: Electric fences may work for big dogs if you have the right height and electric charge. However, you should mind the objects near it where the dog can jump out to avoid the electrical charge.

Q: What happens if a dog touches an electric fence?

A: When a dog touches an electric fence, your pet will receive an electric shock. This will hurt your dog, and it will surely be unforgettable, especially if touched multiple times.

Q: How many volts will kill a dog?

A: It’s not actually the amount of volts, but the length of exposure that will kill your dog. For example, a 110-volt fence will not kill your doggo if it only touches it for a split second. However, if the doggo touched it for 30 seconds, it would surely kill the pooch.

Q: How old does a dog have to be for an electric fence?

A: You should only use an electric fence if your dog is at least five months old. This is the right age for training, and the dog’s body is stronger than puppies. This will ensure that your doggo will not get killed when it touches the fence.

Q: Why electric fences are bad for dogs?

A: Electric fences can cause burns to a dog if not set up properly. The high levels of electricity running through the wires may endanger the life of an animal.

Q: Can an electric fence kill a child?

A: Most of the time, electric fences will not kill a child. However, the little one may suffer from burns and trauma. This will prevent them from touching the fence again.

Can an electric fence hurt a dog? Yes, because of the electrical charge passing through the wires, your dog will experience short-term pain. However, the pain isn’t immense, so it shouldn’t kill a dog. Still, you have to watch out for potential burns and aggression. 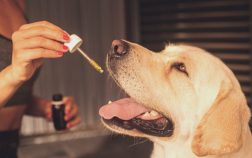 Large doses of tea tree oil are toxic to canines. You should know how to dilute tea tree oil for dogs so your pet … Read More 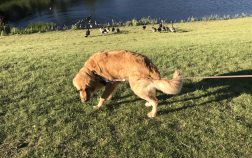 “Why does my dog eat goose poop?” Believe it or not, but we’re dealing with the same problem with our Golden Retriever Sherlock. It … Read More 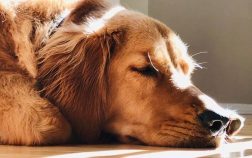 Sometimes, dogs will refuse to eat, either because of an underlying medical condition or being finicky. But the real question is this: how long … Read More