How big do guinea pigs grow? It is an exciting question which we will explore for the rest of this post.

Like any other animal, the size of an adult guinea pig can vary depending on several factors. 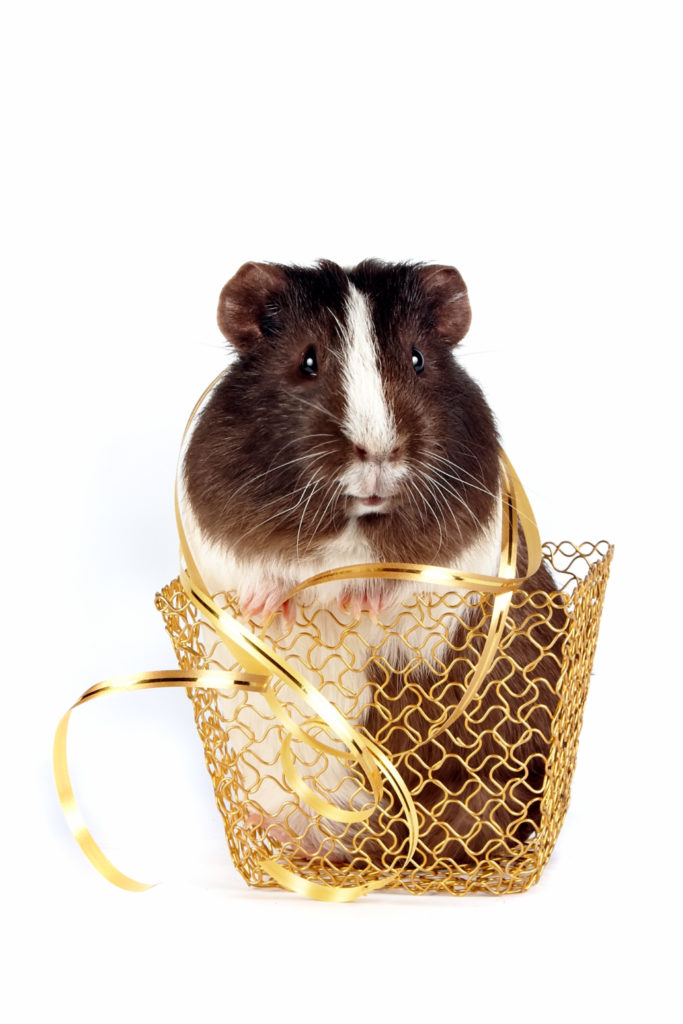 Probably, you now know why I say this question is interesting.

Ultimately, you are about to discover the average weight and size of a full-size guinea pig.

Weight Of A Guinea Pig

In general, female adult ones weigh approximately 1.5 up to 2 pounds.

On the other hand, male guinea pigs weigh from 2 to 2.6 pounds.

Given that the numbers are just small, you might say that there is no significant difference. 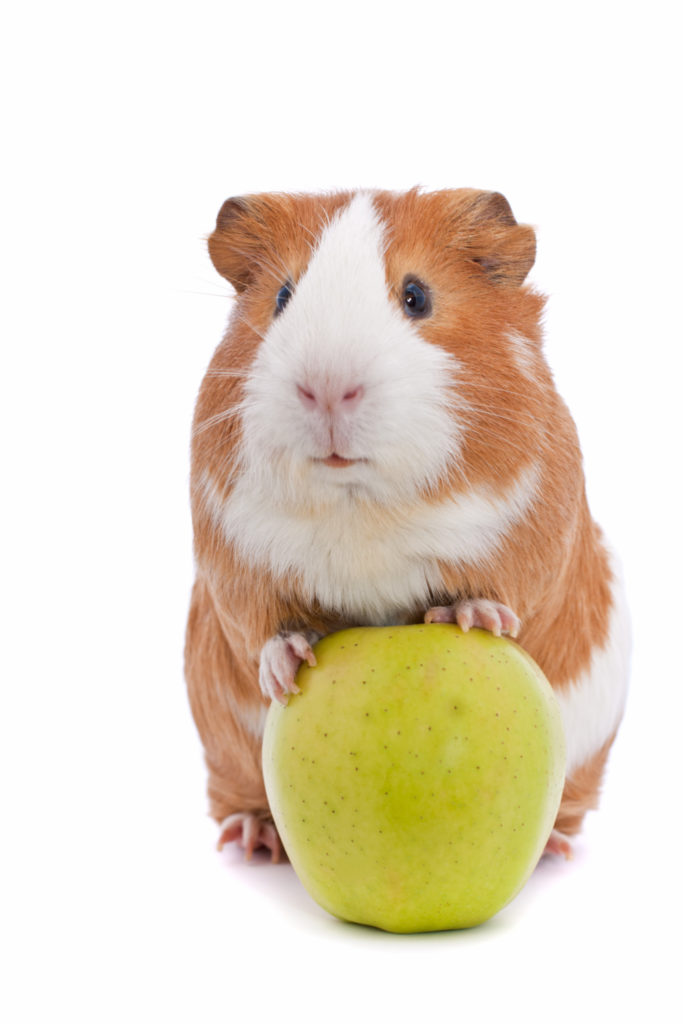 However, if you look closely, a female adult guinea pig weighs about 1/3 less than a male guinea pig.

So if you ask the weight of guinea pigs, it ranges from 1.5 up to 2.6 pounds. But of course, some would be larger or smaller than this.

So, how big do guinea pigs grow?

Like other household pets such as rabbits, cats, dogs, and hamsters, guinea pigs are popularly kept as pets.

But other than this, there are a lot of breeds that have not been recognized. 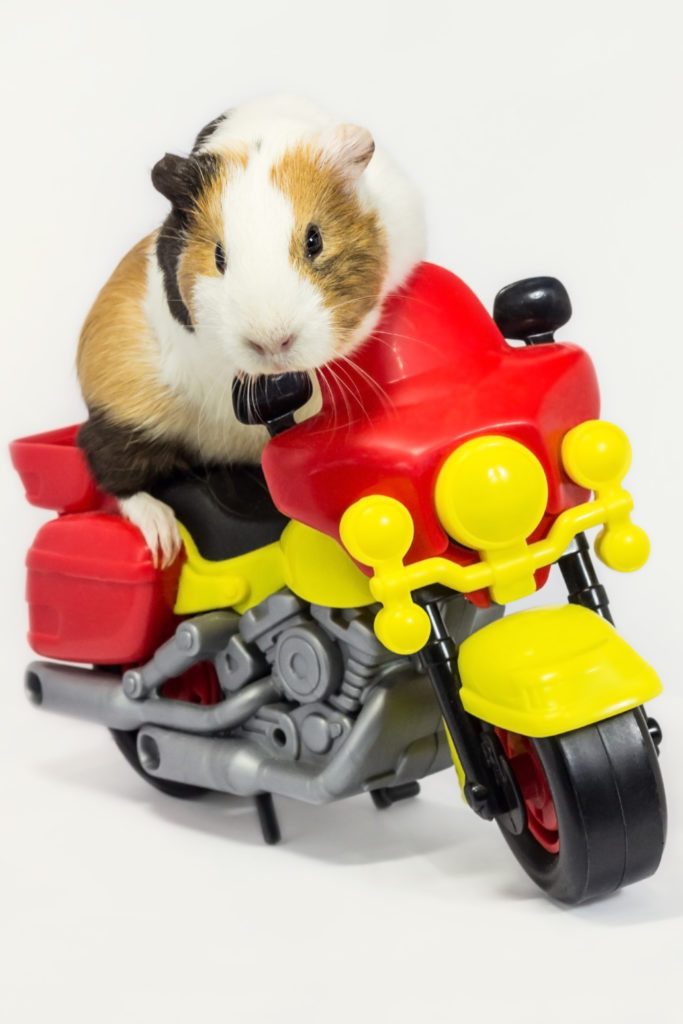 By the time the guinea pig reaches three weeks old, it will be easier to identify male or female. Other than palpating the abdominal area, you can tell by their size.

Male guinea pigs are usually 30% larger than female ones that are of the same breed. This fact is true both to their weight and length.

For the most part, they grow into the maximum length of that particular breed.

Let us take Abyssinia as an example; their average size ranges between eight and twelve inches.

The male Abyssinia will most likely grow into the breed’s maximum size of twelve inches than a female one.

How Big Are Baby Guinea Pigs?

Have you seen baby guinea pigs?

Believe me; they are way cuter than adult ones.

However, baby guinea pigs grow too fast, so chances are only the breeder has the chance to see the cute little versions of the adult guinea pigs we have as pets at home.

Now, if you are wondering how big they are at birth, well, newborn guinea pigs only range between three and four inches long.

In terms of their weight, baby cavies weigh from 2 up to 4.5 ounces. But this depends on the litter size as well as the birth order. On average, they would weigh 2.8 ounces.

Baby guinea pigs tend to have smaller sizes if the litter is large. A single litter can have one up to eight offspring with three babies on average.

These babies tend to grow rapidly. In just a matter of eight weeks, you will notice that their size has doubled. And will double once again in another eight weeks.

So when the baby guinea pigs are over one year old, they will be at their full adult size.

My pet Ginger is almost two years old now, and I can say that he already has fully grown a few months back. If you are interested in knowing more about guinea pigs, this article is worth reading how old do Guinea pig live

What Contributes To The Size Of A Guinea Pig? 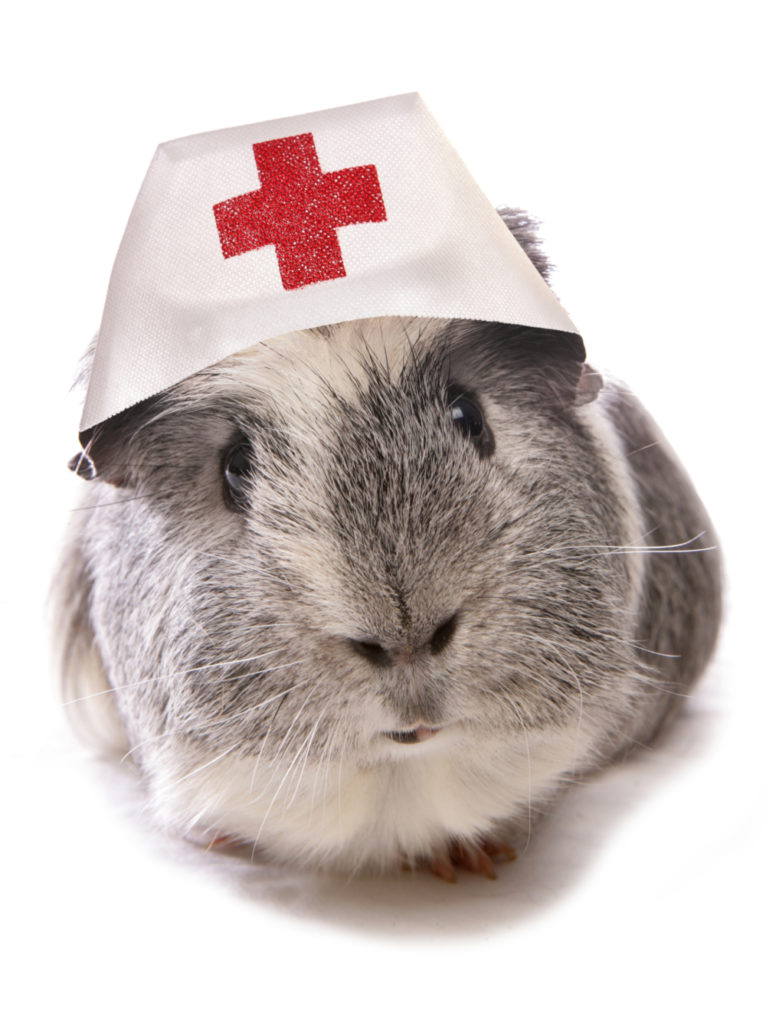 That is because their growth will be experienced more when they are outside their mother. This is also affected by several factors.

For one thing, the parents’ size can be the most significant factor in the size of their young ones. The pup will most likely grow into the size of the average size of its parents.

Another factor is the activity level as well as the diet of the guinea pigs.

Like with any other animals, regular exercise and quality foods, and a healthy diet are necessary for guinea pigs; these will keep them healthy and, at the same time, prevent them from gaining excess weight.

Now that we are talking about guinea pigs’ foods, make sure that you will get high-quality products rich in minerals, vitamins, and fiber.

You can get great food for guinea pigs from excellent brands; expect that it contains almost everything that your guinea pig needs in their diet, including probiotics, probiotics, and vitamin C.

Can you imagine a guinea pig weighing 1,543 pounds with a height of 1.4 yards? Probably not.

Even I cannot believe it at first. He is way more significant than the rest of the guinea pigs that I have seen.

What I meant is Phoberomys Patterson, the largest guinea pig that ever existed.

Even until now, scientists are still finding out how guinea pigs evolved into pint-sized creatures that we have as pets now.

This extra big guinea pig had a long tail used to balance himself, not like the modern guinea pigs.

But when it comes to its food, it also used to eat grasses just like the tiny rodents. Of course, just way more grasses!

If you have guinea pigs as pets or you just want to know more about these lovely creatures, these articles are for you when are Guinea pigs full grown

and  how much do Guinea pig weigh

With a lot of information provided above, for sure, your question “How big do guinea pigs grow?” is already answered.

We have tackled the size and weight of rabbits and some other interesting facts about these cavies.

To sum up, guinea pigs would weigh between 25 and 40 ounces on average.

As for their length, it usually ranges from eight up to ten inches long.

We must learn everything there is to know about our little companions, including their size and weight. It is good that we keep on learning more and more about them.