Does your cat start a claw fight whenever you try to hold it? If so, you’re not alone. Even I have experienced this with my kitten Watson because he just hates being cuddled for more than 10 seconds.

Many cat owners I’ve talked to also share the same sentiments. So the question is this: why does my cat hate being held? The most common reason is that cats don’t like being restricted. Meanwhile, adopted kitties may have a bad experience with being held.

Remember that each cat is different. Others will grow up to be cuddle buddies, while others prefer to snuggle on their own terms. Nevertheless, loathing cuddles doesn’t mean your cat loves you less.

Below, I discussed the reasons why some cats just hate being held and what you can do about it.

Why Does My Cat Hate Being Held? 6 Possible Reasons

If your cat turns into a squirmy worm when held, the following might be the reasons why:

Cats are known to be independent creatures. While most of them enjoy cuddles, many would prefer doing so on their own terms.

They don’t like being picked up and hugged without their consent. When you do so, your cat will feel disrespected. 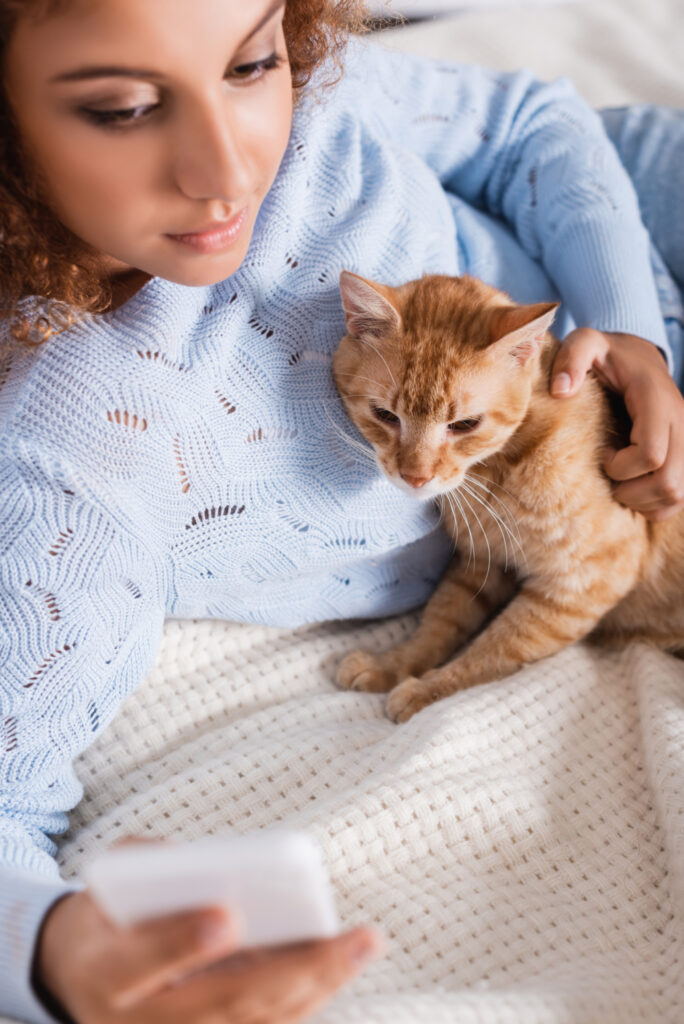 If you’ve recently adopted a stray, don’t be surprised if they prefer doing things independently. They are used to having a vast space to move, so being held as indoor cats feel foreign.

Your cat wants to be somewhere else than being in your embrace.

2. Your cat had a bad experience.

Speaking of adopted cats, many kitties that came from shelters often have negative experiences. Felines that have been neglected and abused are often aloof when it comes to physical contact.

They feel like being held or picked up will be followed by a painful experience.

For these cats, you’d want to take things easy and slowly. Let the kitty come to you in its own time and manner. You have to build the cat’s trust that you mean no harm to them.

While cats have short memories, negative and bad experiences remain ingrained in their minds.

One time, I’ve got the chance to talk to a pet trainer, and he mentioned something about cats not forgetting abuse. I somehow proved this during my volunteer work at a local shelter.

3. Your cat is frightened.

Imagine sitting quietly and staring at the void when suddenly a force picks you up. You’ll freak out, right? This is what your cat feels like when you suddenly pick him up.

Being picked up without warning is scary, and your cat will surely hate you for it. Some cats would even claw the hands picking them up to escape. This is because the manner of picking up the cat resembles an attack from a predator. 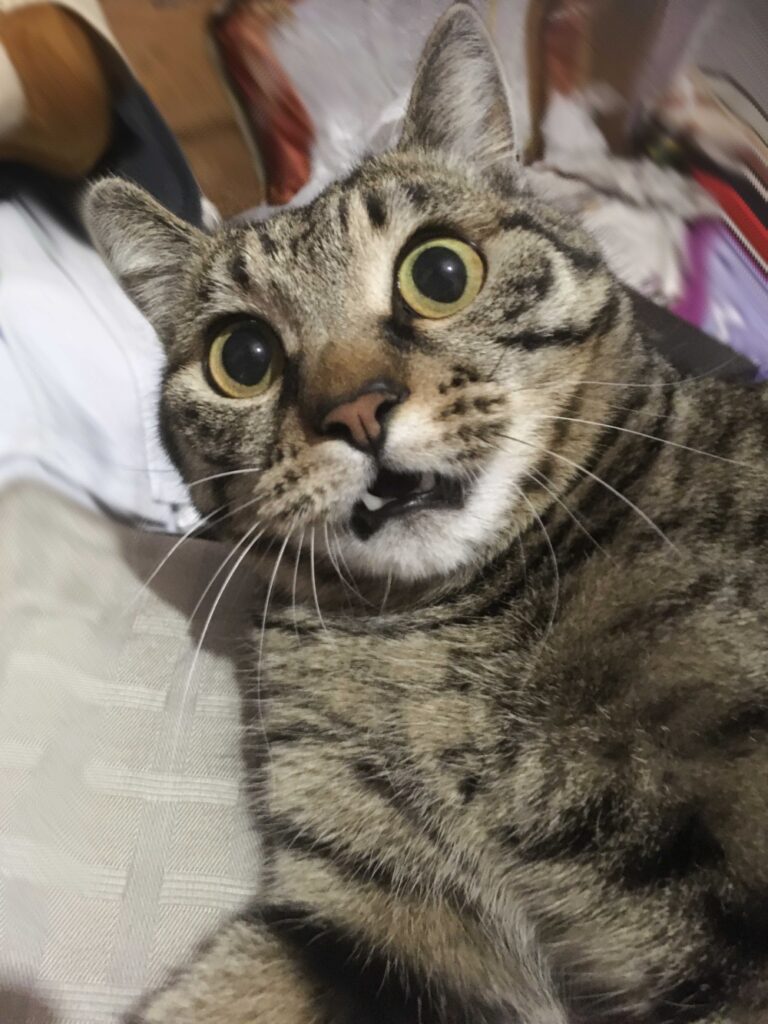 If your cat gets startled by loud noises and sudden movements easily, you should stop picking it up without warning. Instead, call the cat’s name and try to lure it to your lap.

Another possible reason here is that your cat isn’t properly socialized. Like dogs, felines that aren’t exposed to touch will be shy and standoffish when being held.

It’s important to get your cat socialized as early as possible.

Take note that it’s not just about exposing your pet to other people. The interactions should be positive instead of having the cat shoved and picked up many times. This will just make your pet scared, with some hiding in the litter box.

The good thing here is that poorly socialized cats can still become cuddly. You just have to put effort into exposing them to other people and pets as well as building their trust.

5. You’re holding the cat too tightly.

Before you blame your cat’s personality over its reluctance to be cuddled, you should check how tight you’re holding them.

Make sure you are holding your cat properly. You might be squeezing or hugging too much that your cat is already in pain.

However, it’s also possible that your cat is ill. Even mild-mannered cats will become grumpy if they are ailing and feeling physical pain. Touching and embracing them will make the discomfort worse.

If you suspect that this is the case, you should bring your cat to the veterinarian immediately.

On a less serious note, it might be just another breed thing. Cat breeds like Ragdolls, Persian, Birman, and American Shorthair are good choices for a lap cat. Meanwhile, the likes of Bengal, Abyssinian, Singapura, and Sphynx cats are less affectionate. 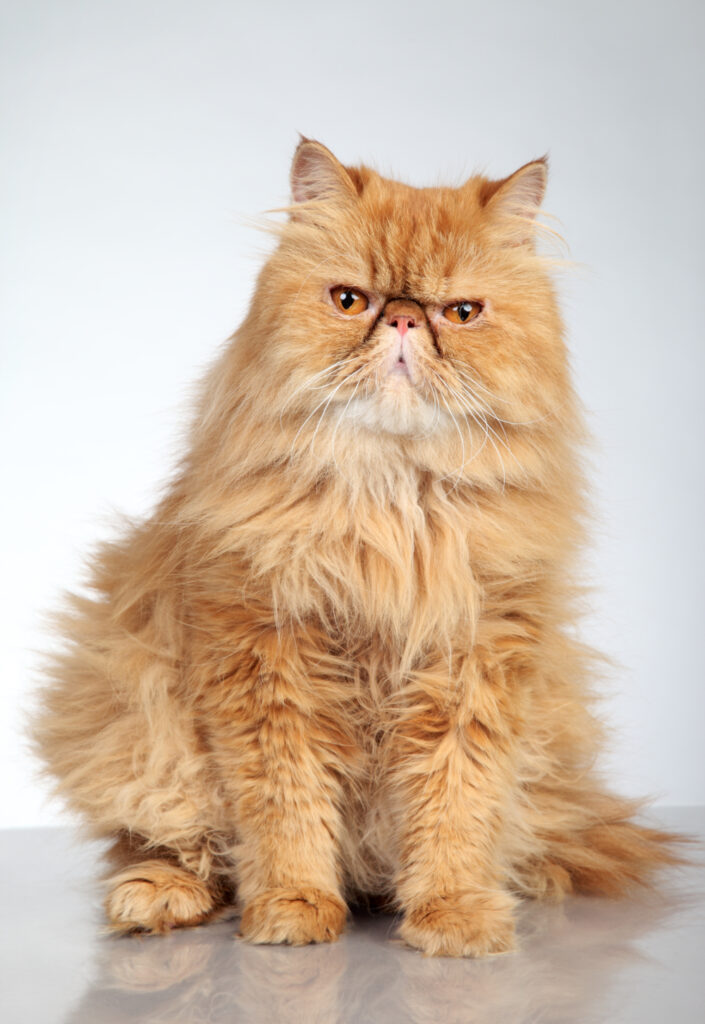 If you want a cat that will become your cuddle buddy, you must be careful with the breed.

A kitty with a high prey drive is likely to hate cuddles.

How do I make my cat want to cuddle?

Do you want to raise a cuddly cat? If so, the following tips may help:

How To Make Your Cat Not Hate Being Picked Up?

There are a number of ways that can help you train your cat for getting comfortable with being picked up. For this purpose, you can always initiate by making them feel comfortable in your presence and stay calm when they are around.

If you are about to pick your cat make sure you approach slowly as sudden movements can make your cat feel threatened.

Make them familiar with your touch and associate petting with getting them food.

The truth is that your cat’s affection level boils down to its unique personality. It rarely has anything to do with its gender.

I used to have a female cat before, and she’s a total sweetheart. Meanwhile, my kitty Watson (a male cat) is also affectionate, but he wants his space respected.

Take note that the cat’s upbringing has a lot to do with its friendliness. If you raise the kitten in a calm, nurturing, and well-socialized environment, it will become a docile adult cat.

Do Cats Get More Affectionate With Age?

Similar to gender, there’s no guarantee that the cat will become more affectionate as it ages. Some cats become clingier as it enters seniorhood because they seek the comfort of their owners. Growing old makes your cat more confused and prone to various pains. 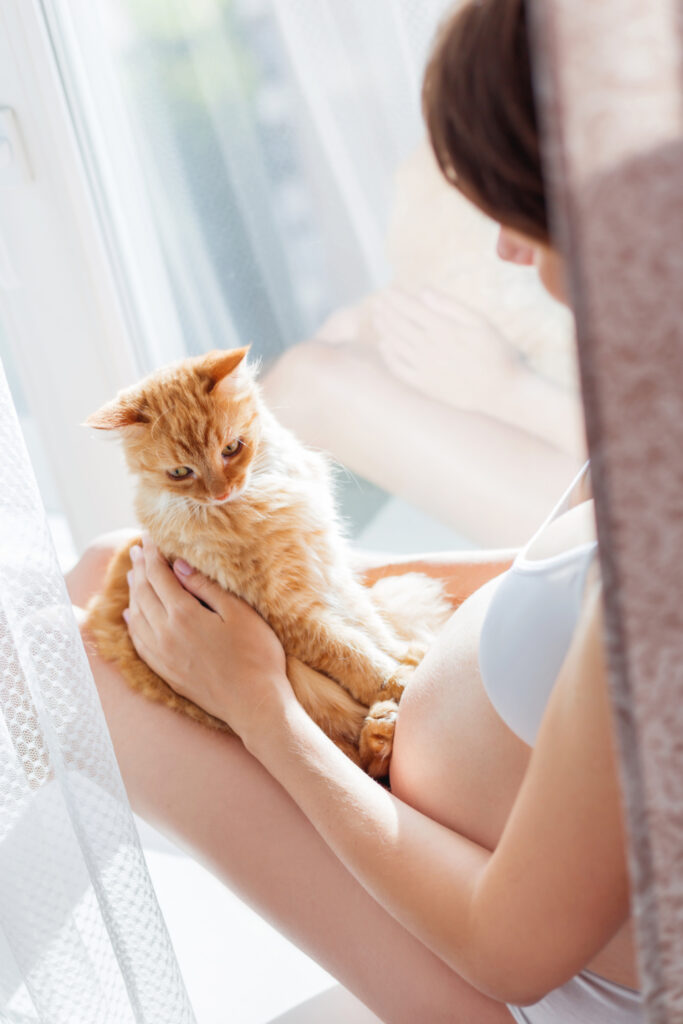 This might be the reason why some old cats stay closer to their owners.

On the other hand, there are cats that get grumpier over the years. It’s all about the environmental factors that will affect the cat’s behavior.

Some cats enjoy being kissed, especially if they are clingy and affectionate. However, it may take a while for some cats to associate kisses with affection.

Nevertheless, there’s nothing to lose if you’re going to shower your feline with smooches.

Just a warning, though. If your cat paws your face, don’t try to force the kiss. As a cat owner, I once tried, and I ended up with a nasty lip scratch.

Why Do Cats Hate Belly Rubs?

Unlike dogs, felines aren’t crazy about petting and belly rubs. The hair follicles on their bellies are very sensitive, which makes rubs uncomfortable and overstimulated when stroked. 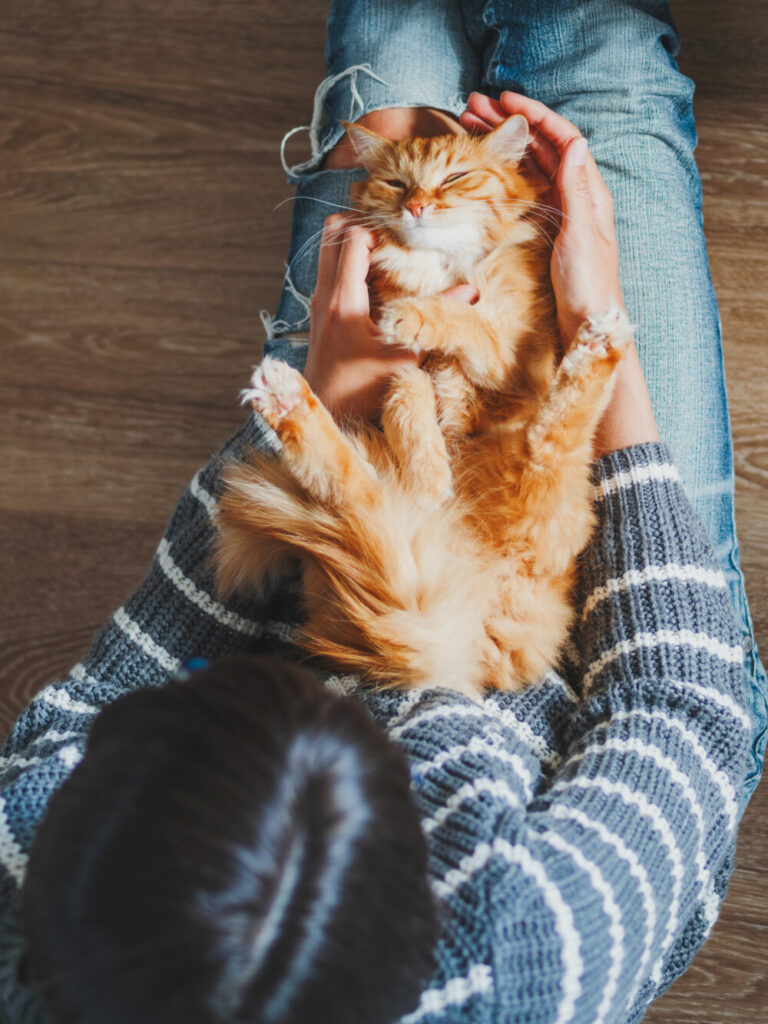 This is the same reason why cats don’t like their tails, hind legs, and paws being touched.

If you want to make a cat purr, you should scratch it on its head, especially behind the ears and under the cheeks. These areas have scent glands, which felines love rubbing on surfaces.

Why does my cat hate being held? Like humans, each cat has a unique personality. Other felines are outgoing and affectionate, while some are a bit more reserved and aloof.

It’s a matter of respecting your cat’s space and letting them come to you in their own volition. With patience, calmness, and rewards, you will soon earn your cat’s trust and much-sought cuddles.