How to stop rabbits from chewing? Before we answer this question, it is vital to know why rabbits chew wires and everything.

It is natural for rabbits to bite. My pet, Thumper, does this a lot, every time.

Don’t worry, though: this is a behavior that is necessary for rabbits. However, their need to chew on something can be destructive.

How destructive a rabbit can get depended on the way they are trained and the objects that are accessible to them.

Much more, it can also be harmful to them. For instance, if they are wandering around to look for the things that they can chew, there are tendencies that they will ingest something that is not good for them.

As such, pet owners like you need to know what to do to stop rabbits from chewing things, especially wires.

This post will provide a series of tips that can help stop your pet from biting objects you have at home.

Why Do Rabbits Chew?

Constant chewing of rabbits has a biological reason behind.

Throughout the life of rabbits, their teeth grow continually. So they chew on things to wear their teeth against each other.

Doing so can help stop their teeth from overgrowing; chewing can, in fact, keep these trimmed.

But in cases of captive rabbits, the reason might be boredom.

As I’ve mentioned in other articles, I observe Thumper chews a lot whenever I feel he’s bored.

This may seem inappropriate, but this is their way to entertain themselves since they do not have much stimulation, especially when most of their time is spent alone.

Apart from that, this is also a rabbit’s way to get the attention of his owner.

This is true, especially when you’re just around, and you didn’t give attention to your pet.

Or it can be both. Chewing is the easiest way to achieve the two reasons. Even in the wild, rabbits would nibble on different grasses, plants and burrow in their surroundings.

As I have said, the urge to chew is biological to rabbits, so it is true both to captive and wild rabbits.

Rabbits love to chew on wires because wires have almost the same size as shoots and roots that rabbits usually chew.

Not only for food but because they are the common obstacles for them as they move. The moment they come across wires, they have a natural urge to bite them.

Can Rabbits Die From Chewing Wires?

Yes, chewing wires can bring a lot of hazards to your pet. But the intensity depends on whether these wires are plugged in or not.

If the wire is not live or is not carrying current…

The rabbit’s primary risk is if it will ingest the electrical or plastic wire.

Wires contain toxic metals such as zinc. This can cause lacerations on their mouth. Aside from that, there is also a possibility that it will upset or obstruct their gastrointestinal system.

On the other hand, if the wire was plugged in…

Rabbits’ risks include mild burn in their mouth, fluid in the lungs, heart damage, or even death.

Here’s what you should do!

On instances where you witness your pet chewing a live wire, you should not pull out the wire from its mouth.

Doing so will put you at risk of electrocution too.

Remember to keep calm in situations like this. The first thing that you should do is go to the main electrical breaker and turn it off.

Then, you have to get the wire out of your rabbit’s mouth immediately.

But make sure to wear a rubber glove or mitt when unplugging the wire out of the outlet. This is to protect yourself from possible shock.

As soon as you extract the wire out of the rabbit’s mouth, immediately bring it to the vet to be examined.

Now that you know why rabbits chew and the hazards that it may bring, what can you do to prevent them?

Given that a rabbit needs to bite things in taking care of its teeth, you can’t just lock it up to keep it away from wires.

What should you do then?

You have to allow your pet to move freely every once in a while.

But if this is the case, how can you prevent electrocution?

Here are the steps on how to stop rabbits from chewing:

Step #1. All wires should be inaccessible

The first thing that you can do is to make all the wires in your home inaccessible.

You can ask an electrician to take all wires and reposition them in higher places where your rabbit cannot reach.

You may do this by sticking them to the wall using tape or braces.

Step #2. Conceal all the wires

If there are wires that cannot be repositioned somewhere unreachable, you can buy cord covers to conceal them.

There is a lot of spiral cable wrap available at an affordable price. You can check it out at any electronic store near your area.

Rabbits can still gnaw their teeth on these plastic cable protection, but it will take longer than when the wires are just openly exposed to them.

Nevertheless, it is still better to keep the wires out of bunnies’ reach than just covering them up.

Step #3. Provide them something to chew

Another tip is to provide your little furry friend with a lot of nutritious hay that he can chew.

Offering them wooden toys that they can gnaw to satisfy their biological urge to chew will make it less likely for rabbits to bite electric wires.

Step #4. Give your pet the utmost attention

More than anything else, it is crucial that you should not leave your pet unattended in rooms that are not considered safe for bunnies. Or the rooms with accessible wires. The curiosity of rabbits can be proven deadly.

Most owners would also say that training your rabbit is the key to keeping them safe from possible hazards.

You have to teach your pet the appropriate objects for chewing and the objects that are considered off-limits.

However, training bunnies not to chew electrical wires is very hard to do. Their innate drive to chew on them is powerful, and it can quickly overtake them.

And imagine the time you have to spend to say NO and stop them from biting wires constantly; this frequent distraction can annoy your pet.

I have tried Thumper, but it is not as simple as it sounds. So I just resort to making the entire house bunny proof.

How to stop rabbits from chewing wires? Considering that rabbits are oral creatures, they like putting just anything in their mouths to feed their curiosity.

This includes the dangerous things that can injure and sometimes even kill them like wires, for example.

So to avoid this, you have to make your house “bunny-proof.” It is advised that you do this before bringing a bunny home.

The tips that we have provided above are worth trying and see which works best for you and your little friend.

Do not wait for an accident to happen before doing anything. In as early as now, you should perform bunny proofing measures so that you can relax even if your pet rabbit is roaming freely.

You also need not unplug everything! 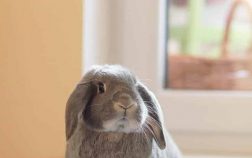 I guess you’re curious about: do rabbits eat scallions? This question is indeed a common wonder for all of us. It is because, in … Read More 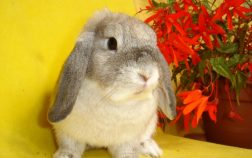 How do rabbits travel? Generally speaking, rabbits don’t want to venture far beyond their home territory. Here’s the thing: Traveling with a rabbit is … Read More 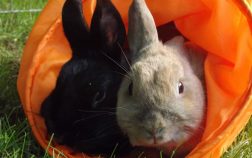 I know you want to understand the answer to the question: can rabbits have tangerines? The simple answer is yes; they can.  Wait, you … Read More