What is the oldest age a dog can have puppies? Most canines remain reproductive for the rest of their adult lives. Still, it’s best to stop breeding by the age of 8.

This is the vet-recommended age since the pooch is about to enter seniorhood and is no longer healthy enough to care for puppies. However, stricter standards observed by many dog fanciers slate the breeding retirement age at 5 years old. 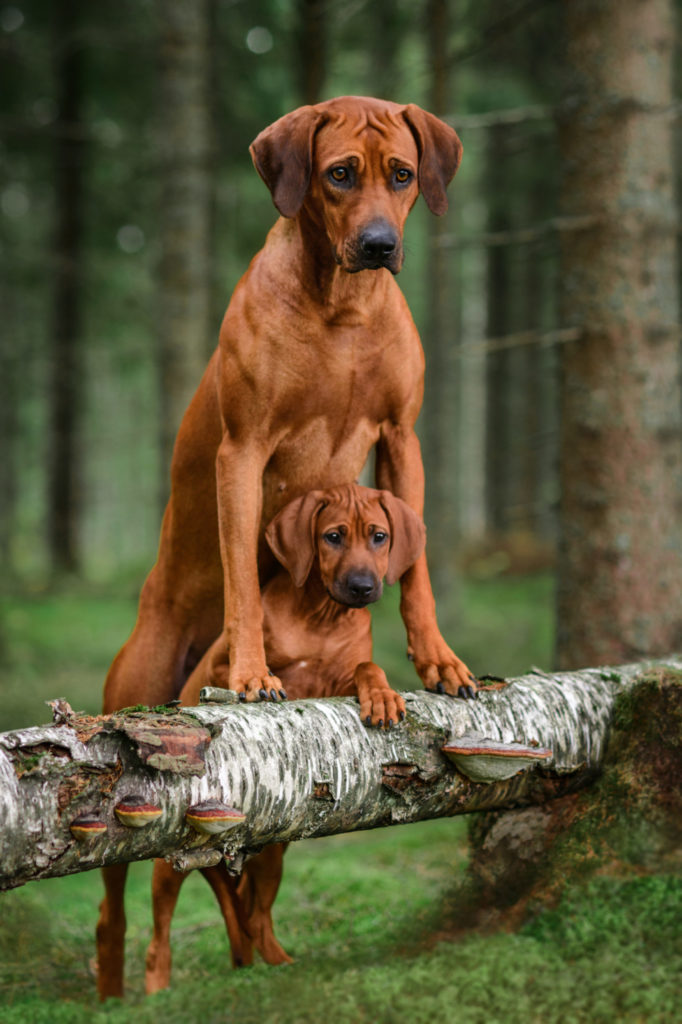 In this post, I will discuss dog pregnancy and the best time to stop your female pooch from bearing litter.

What Is The Oldest Age A Dog Can Have Puppies?

Like humans, dogs will reach an age where they are no longer suitable for pregnancy. While the doggo will remain biologically reproductive, it’s not safe to force them to bear a litter at such an old age.

Can you imagine yourself getting pregnant at 56? It’s too old and pregnancy would be very risky. This is the same reason why dogs are not supposed to continue breeding once it reaches 8 years old. 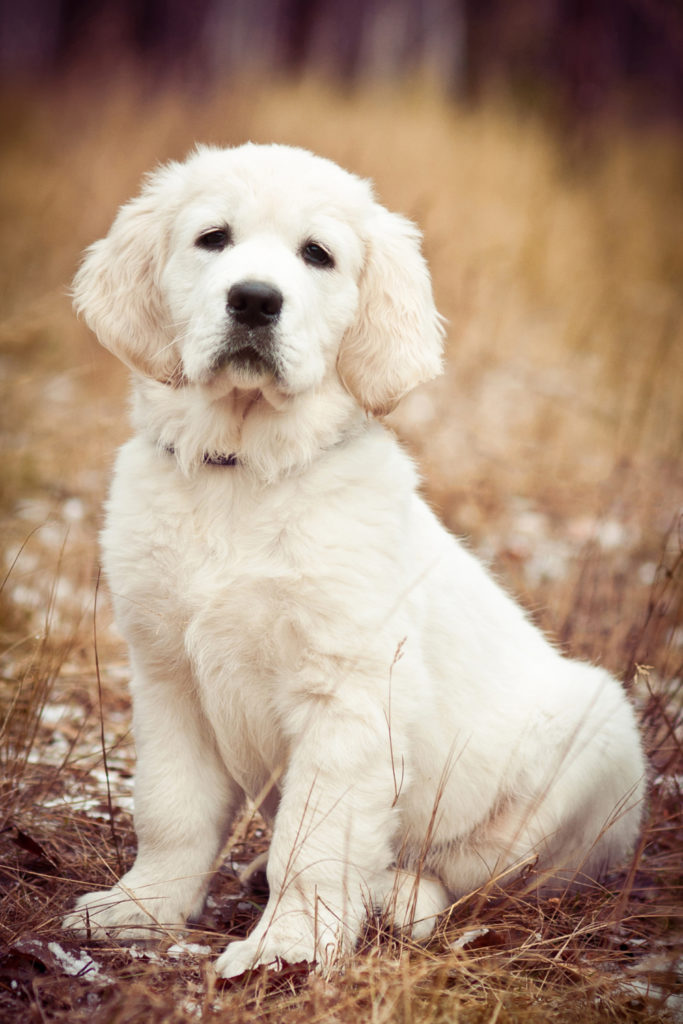 For bigger breeds like Great Danes and Saint Bernards, it’s best to stop breeding at the age of 5.

As dogs get older, they become weaker and more susceptible to various health problems.

Their bodies can no longer endure the demands of pregnancy. The hormonal changes of pregnancy will wreak havoc on your old dog’s health. In the end, forcing your doggo to get pregnant will put its life at risk.

For dogs that are health-compromised, it’s best to stop breeding by the age of 6.

Meanwhile, the American Kennel Club (AKC) imposes a rule that a dam (female parent dog) must not be more than 12 years old by the time of breeding. This is considerably high for litter registration as compared to the UK Kennel Club’s 8-year rule.

Aside from the age, you should also observe the number of litter your dog produces at a specific period of time.

Heat cycles often happen every 6 months or 4 months for other canines. Once a female dog gives birth, you must wait for 12 months before breeding again.

However, if the female dog is showing signs of slow recovery, take it as a sign that the pooch must be retired. Another pregnancy may compromise its health and put its life at risk.

What Is The Oldest Age A Male Dog Can Have Puppies?

Male dogs also have a maximum age of fathering puppies. A sire (male dog parent) must not be more than 12 years old at the time of mating based on the AKC standards.

However, other organizations encourage breeders to retire a male dog by the age of 8 to 10 years. The health of the male dog will also affect its suitability as a sire.

Aside from that, breeders must check the sperm quality of male dogs. Older and unhealthy canines have lower sperm count, which is a sign that they must be retired soon.

Male dogs that are older than six years old have to undergo sperm tests to ensure that they have a healthy sperm count.

Take note that a decreasing litter size, low conception rate, and deteriorating health are tell-tale signs of declining reproductive abilities. You should retire the dog to prevent the production of unhealthy puppies.

What Is The Youngest Age A Dog Can Have Puppies?

Aside from knowing the oldest age of having puppies, it’s also important to know how early a canine can produce a litter. In general, a breeder must wait for the canines to reach sexual maturity before starting natural mating or artificial insemination. 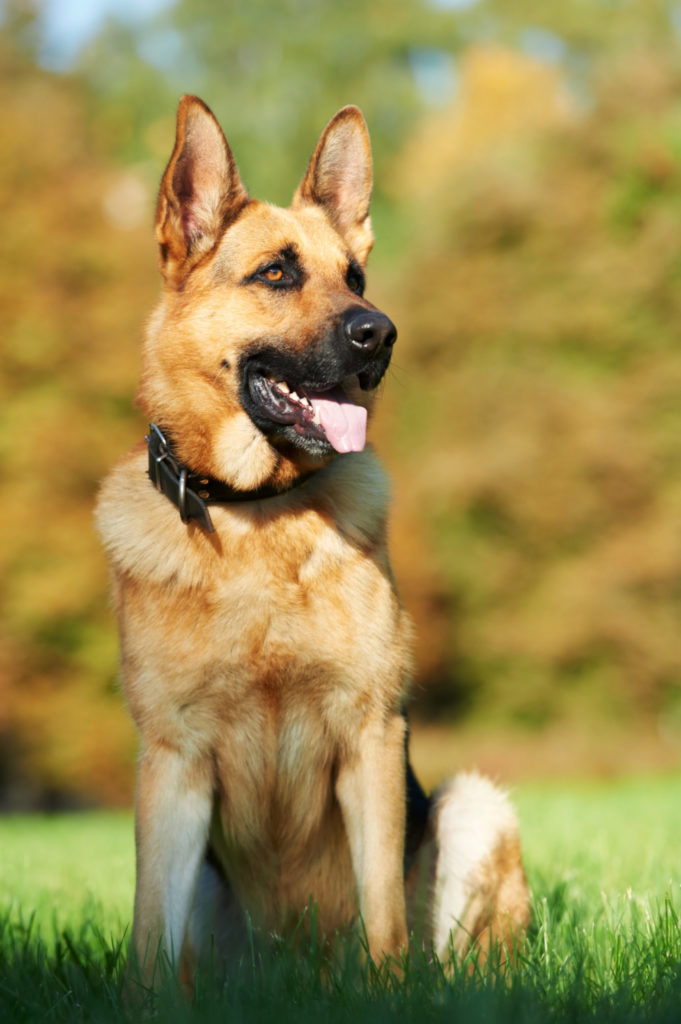 For female dogs, the youngest age is around 18 months. Take note that you should only start mating a female dog with a sire after its first heat cycle.

While female dogs can get pregnant earlier than this age, a responsible breeder would opt to wait.

Meanwhile, male dogs can start mating at 14 months. This is because they reach sexual maturity earlier than female canines. However, a breeder should still perform tests to ensure that the sire is in good health before mating.

Other male dogs will become sexually active for as early as five months. Some dogs won’t become fertile until they reach two years old. It’s important to consider the individual breed and reproductive health of each canine.

How Many Times Can A Dog Get Pregnant In A Year?

Female dogs go in heat about twice a year. However, you should only allow them to conceive once a year to allow the body to heal. This way, the mother dog can attend to its puppy better. 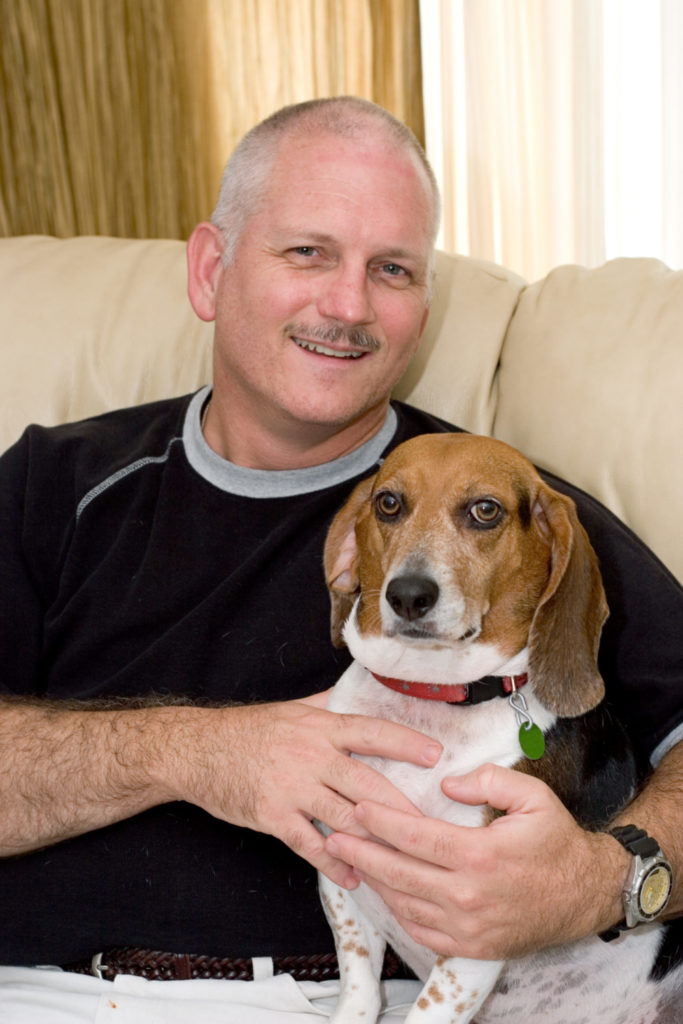 For male dogs, there’s no specific number of times of how often they can mate. In general, a healthy and adult male dog can mate up to five times a day.

Still, you should not push the pooch to the limits because it will compromise their sperm count and overall health.

How Can I Know If My Dog Is Ready To Be Pregnant?

A female dog is ready to conceive once it reaches its first heat cycle or estrus. This can happen in the sixth month of the dog’s life. Nevertheless, it’s best to wait for up to 18 months to ensure that your female dog is fully grown and that its hormones have stabilized.

Moreover, a dog in heat will have vaginal bleeding and other discharge, which is another indicator that it can be mated. You can use female dog period pads for the discharge.

You will also notice behavioral changes like being jumpy, trying to escape, and being more vocal than usual.

Can A Mom And Son Dogs Have Puppies?

Technically, yes, but it’s not safe because they could have two recessive genes that they may pass on to the new litter. It will result in deformities and health problems if the breeder failed to identify these genes.

Take note that puppies produced through the inbreeding of a mother dog and one of its litters are more prone to repetitive vet visits. Such a practice must be avoided and aspiring dog owners must ask the breeder about it to avoid a sickly pup.

Proof of the dangers of inbreeding is the current predispositions of some breeds to various health problems. For example, Boxers are notorious for heart problems while German Shepherds are prone to hip dysplasia.

You should remember that inbreeding is a common practice in puppy mills. If you want to get a dog, trust only reputable breeders.

How Many Times A Dog Gives Birth  During Her Lifetime?

A female dog produces a considerable number of litter in her lifetime. Given that a female starts producing at one year of age and continues to do so until she is 8 years of age, it can be concluded roughly that she would produce 18 times her entire lifetime.

However, most female dogs do not produce this number of healthy litters and the size of the litter starts dropping as they age.

Do I Need A License To Breed Dogs?

In the United Kingdom, breeders should secure a license if they plan to breed more than three litters per year.

If the breeder is in Scotland, the minimum would be five before he or she needs a license. Such a license must be displayed in the place of business of the breeder.

Meanwhile, breeders are required to apply for a license in the United States if they aim to make a profit in their breeding practice. The tricky part here is that each state has specific laws governing breeders.

The breeders in Canada, are required to follow the Canadian Kennel Club (CKC) policies and procedures. Also, Canadian dog breeders are expected to adhere to the Animal Pedigree Act.

In general, you should get a license if you plan to sell the puppies you breed. But aside from the license, you’re also required to follow strict breeding procedures to ensure that you’re producing healthy and high-quality puppies.

Most of all, you should observe humane practices to protect the lives of the dam and sire.

What is the oldest age a dog can have puppies? For female dogs, 8 years is the average retirement age. However, this is largely affected by the canine’s health. Breeders should also consider the age of the male dog.

For the sire, the retirement age for breeding is 8 to 10 years, given that the dog is healthy. It’s important to check the health of each parent dog to ensure that they are safe before, during, and after the pregnancy.