So you found a litter, but you noticed that the mother only tends to one kitty. You’ll probably ask, ‘why does mother cat move only one kitten?’ Experts say that if a mother cat singles out a specific member of the litter, it’s probably sick.

Cats are very perceptive, and they can detect if there’s something wrong with their litter.

Aside from this, the litter’s size may also affect the mother cat’s reaction to a specific kitten.

Why Is My Cat Moving Only One Kitten?

A mother cat moving only one kitten isn’t new. Many pet owners have observed this in their nursing cats, which can be a problem in the long run.

If yours is behaving the same, the following could be the reason:

Health problems can push a mother cat to move a kitten away from its litter. The kitten might be sick and can jeopardize other members of the litter.

This is unfortunate, but felines are programmed to survive in the wild. If they sense any liability, they will choose to put it away even from their litter.

The kitten may have a congenital disability or an infection. A mother cat may separate the kitten from the rest and reject it.

The worst-case scenario is the mother cat eating the sickly kitten after moving it away.

Another possible reason why does mother cat moves only one kitten is its current spot. The mother cat probably finds its birthing spot unsuitable for rearing the litter.

There could be too much noise, distractions, and potential harm, which is why it’s moving the newborn kittens away. You probably only saw the mama cat carrying one kitten when, in fact, it has moved the rest to safety.

Also, mother cats may get distracted in the process of moving the kittens. It may move one and then take a few minutes before carrying another.

As much as possible, please don’t remove the kitten where its mother left it unless there’s imminent danger. Eventually, the mother cat will come back and carry the other kittens with her.

Mother cats are often confused after giving birth. Such confusion will be aggravated if there are noise and a crowd around. Right after pushing the kittens out, the mama cat may not be in the right well-being.

It may act strangely and bring a kitten away even if it’s completely healthy.

You have to watch out over this so the kitten will not be compromised. Much better, provide the cat with a quiet and comfortable place to give birth to reduce its stress.

On rare occasions, the mother cat will move a kitten away if the litter is too big.

This is to give way for other kittens to feed on her. It doesn’t happen often, but some cats may behave as such after giving birth. 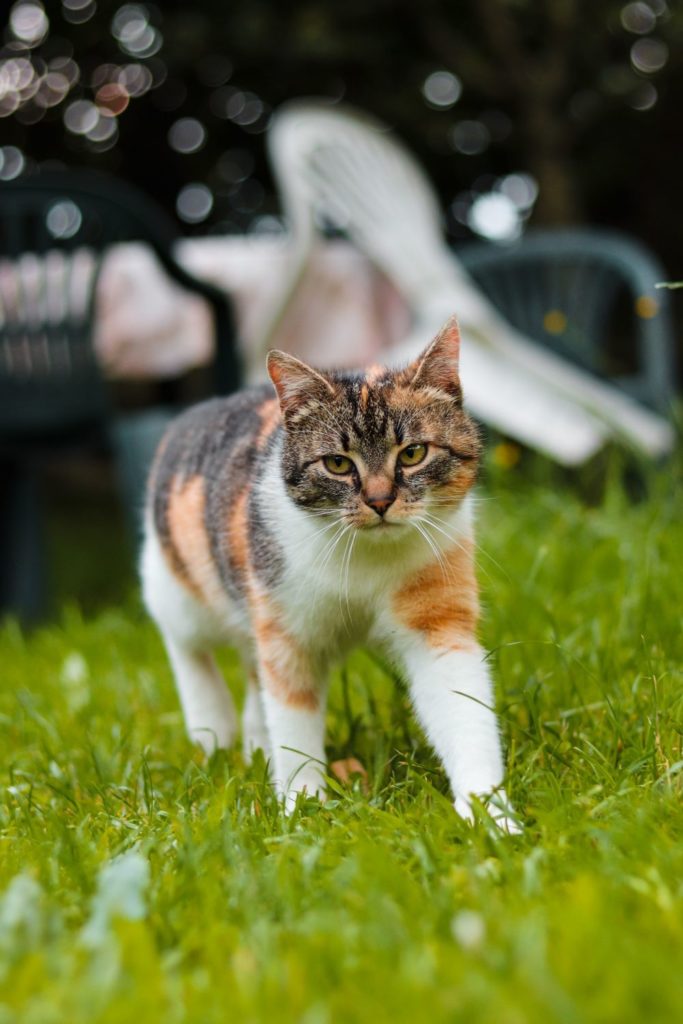 Sometimes, the mother cat will reject its litter entirely and not nurse any of the kittens. In this case, you have to feed and stimulate the kittens manually for their survival.

How To Stop Mother Cat From Moving Kittens?

Mother cats will often move their litter to seek a safer spot. Stray cats don’t like humans touching their kittens, so they will keep pushing the litter away.

But if you have a domesticated cat that just gave birth, you can do the following to prevent it from repeatedly moving the litter:

Mother cats know best for their litter. If the birthing spot is dirty and smelly, the mama will look for a cleaner home.

With this, make sure that your cat and its litter have a comfortable place for nursing and resting.

If you notice that the mother cat is looking for a new spot for its litter, make one and offer it to the feline. This way, you can control where the litter is moved so you can monitor it continuously.

Mother cats will become protective of their litter. Make sure that they have a quiet and undisturbed spot so the mama won’t be forced to move out.

If you have kids at home, ask them not to bother the cat until it has weaned the kittens.

As much as possible, avoid touching the kittens unless the situation calls for it.

If you need to place the kitten back on the bed, don’t do it with bare hands.

Why Does My Cat Keep Bringing Me Her Kittens?

In some instances, the mother cat will move only one kitten and then bring it to their human. One of the common reasons for this is that the mama cat sees you as their leader.

It’s a sign of trust because mother cats are often protective of their litter. 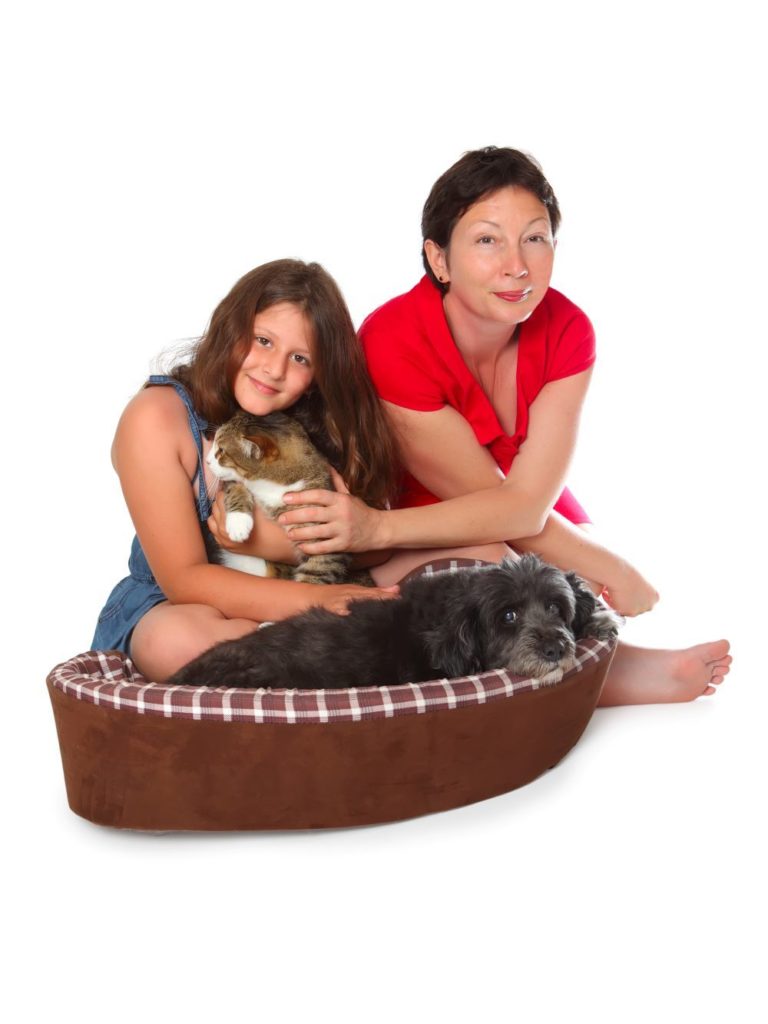 Domesticated cats will also bring their kitten to their owner if they are asking for help. It’s possible that the kitten is sick or that the mother cat needs a break from being a momma.

Your cat probably wants to go outside and is in need of someone to watch over its babies.

Also, if the mother cat isn’t feeling well, it will bring its kittens to you as she considers you the surrogate mother. As you see, cats are more intelligent than many think.

Lastly, it’s possible that the mother cat isn’t ready to be a momma. Most cats will have a motherly instinct upon giving birth, while others won’t.

Whatever the reason behind this, you must care for the kitten because its mother trusts you.

Can A Cat Forget Where She Put Her Kittens?

It’s uncommon for a mother cat to forget where she puts her kittens. Even if she moves one kitten away, the mother cat will know how to find it.

Cats don’t work by visual mapping. They use their sense of smell to find their litter and detect predators. So if the mother cat isn’t tending to the kitten it has put away, the momma may be rejecting the poor little feline.

But as the kittens grow older and become adult cats, their mother will soon forget about their relationship. The mother cat and its litter may still have a close bond, but the mother cat will not remember that the other cats around are hers.

I’ve observed this with Watson’s (my kitten) momma.

How Do Mother Cats Feel When Their Kittens Are Taken Away?

Mother cats will be anxious when a kitten is taken away from its litter. It will vocalize loudly and try to search for it around. They will meow in the hopes of getting a response from their kitten.

Please take note that taking the kitten away is also stressful for the kitten itself. The kitten may refuse to eat after being snatched away from its mother.

This is the reason why kittens are best left in their litter until it’s fully weaned at 6 to 8 weeks.

How Long Does It Take For A Mother Cat To Forget Its Kittens?

While a mother cat will often look for a missing kitten, it will start to forget about it after a few days.

You may notice the mother cat meowing and searching around after its kittens are taken away for adoption. 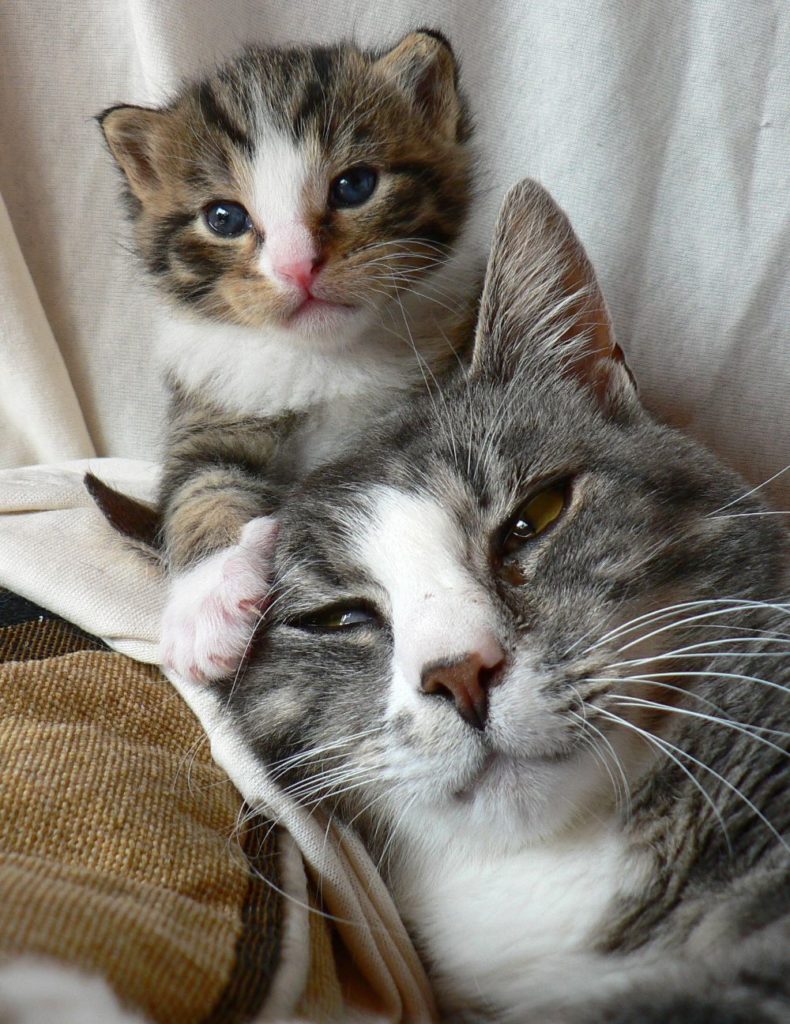 At this point, the mother cat misses her litter, but it won’t be for long. In just two to three weeks, the mother cat will be back to normal. Still, this depends on each cat as every feline is different from the other.

How Many Kittens Can A Cat Have?

Litter size varies between one to twelve kittens depending upon the breed, health, and age of the cat. The estrous cycle of a cat lasts for 15-20 days and occurs about 2 to 4 times a year.

So, it can be roughly concluded that a cat can give birth to 4-5 litter a year.

You can also estimate the number of kittens your pregnant cat is going to have by carrying out an ultrasound and later an X-ray test by your vet.

Why does the mother cat move only one kitten? The kitten might be sick, or the momma cat is just relocating its litter. As much as possible, observe the situation and let the mother cat do its job.

If you think that the kitten isn’t cared for, that’s when you’ll step in. I hope the information from this article will help you take better care of your cat.