How high can a cat jump? Although house cats are no athletes, they can clock up to five feet with their best jumps.

The mind-blowing fact is that your cat can do it even without running or using any object as leverage.

Remember that five feet are about seven times the height of a house cat. Although it’s not as high as an Olympian’s jump, we can still consider it a feat!

How High Can A Cat Jump?

Cats are flexible furballs, so it’s not really surprising that a kitty can reach as high as five feet. Given a cat’s agility and nimble body, its jumping abilities are something to admire. This allows your pet to hop from one piece of furniture to another as if it’s playing the floor-is-lava game. 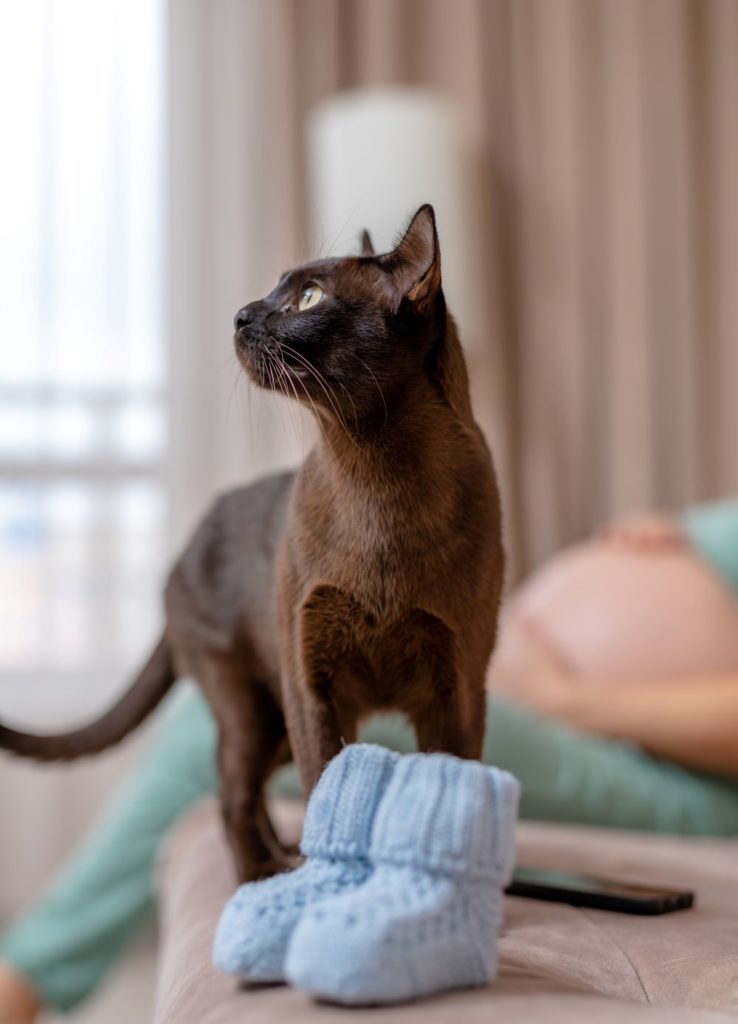 In the wild, felines can jump higher. For example, the wild cats in Sub-Saharan Africa can leap up to 15 feet in the air. That’s something you wouldn’t want to be around. Wild cats use this trick to catch birds mid-flight.

However, in the domesticated setting, most cats can leap at 5 feet. However, stronger and muscular ones can reach up to 7 feet, which is quite a rarity. Remember that the taller the cat, the higher it can jump.

Still, your cat’s jumping skills depend on its health, weight, prey drive, and personality. Some cats are more laidback than others, so jumping isn’t their thing.

According to records, the highest recorded human jump is 8 feet, courtesy of Javier Sotomayor from Spain. This is insanely high, and no house cat can ever top it that easily.

However, we have to factor in body size. Javier Sotomayor is around 6’5″ feet tall when he nailed that long jump back in 1993, whereas a house cat is roughly 0.7-foot tall. 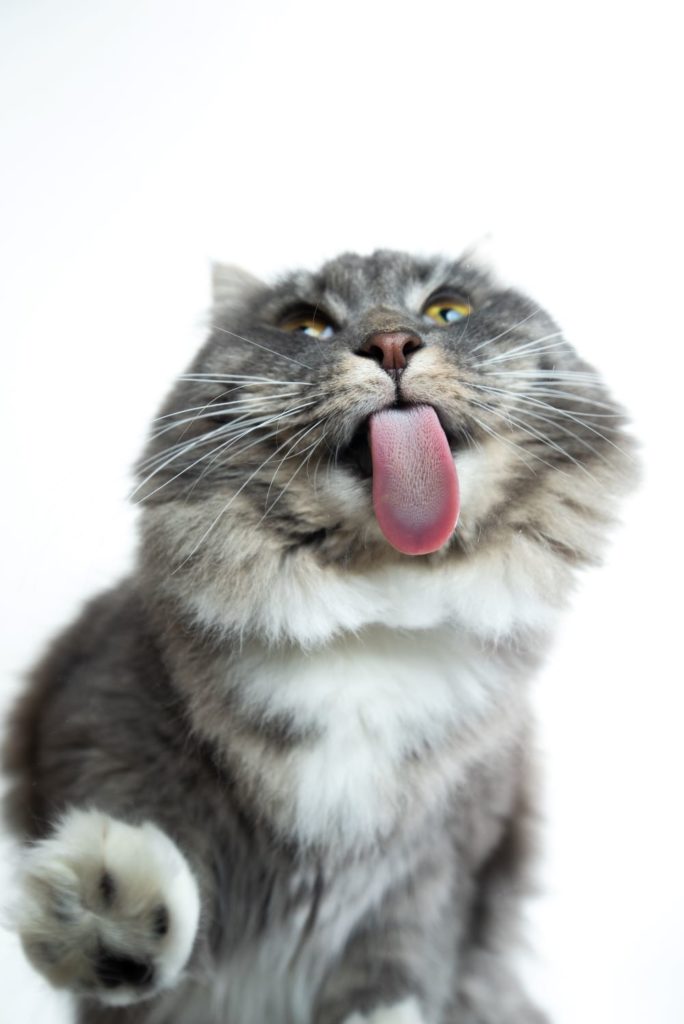 If a human has a cat’s jumping skills, an average person can leap up to 35.1 feet high. It would be record-breaking!

Another thing we have to consider in this comparison is endurance. Cats have flimsy bodies, so it’s not safe for them to jump high too often. A bad fall can be critical, depending on where your cat lands.

Unlike humans, cats have a stronger and more flexible musculoskeletal system.

This gives them exceptional coordination as well as balance during a jump. Their hindquarters also have strong glutes that can make the leap to great heights and distances.

Can Cats Jump Higher Than Dogs?

Even though dogs are larger than cats, canines are not known as jumpers. Dogs have bulkier bodies, and they are not as sleek as cats when it comes to movement. They don’t have the same powerful back legs that cats have.

One difference between cats and dogs is that canines are built for endurance but not speed.

In fact, dogs can only sprint at 20 miles per hour. Meanwhile, an average house cat can sprint up to 30 miles per hour. However, dogs have the advantage when it comes to how long these two animals can sustain this speed.

So how does this relate to the jumping skills of cats? Well, the above comparison just proves that cats can produce a jolt of power to jump or cover distances. Such a strong reflex is the reason why cats can jump higher than most dogs do.

How strong are cats’ legs?

We often wonder how come cats can survive falling from great heights. Back in 2012, a cat in Boston named Sugar leaped out of a 19-storey window only to sustain minor chest bruises.

Another case recorded in a 1987 study was a cat that fell out of a 32-storey window, which was released safely out of the vet’s clinic in just 48 hours.

According to experts, the bodies of cats are made to survive mind-blowing heights. Their evolutionary biology prepared their bodies for such an impact.

Also, cats tend to have slinky body movement in the air. This means a cat will reach terminal velocity at a speed that’s way slower than humans. 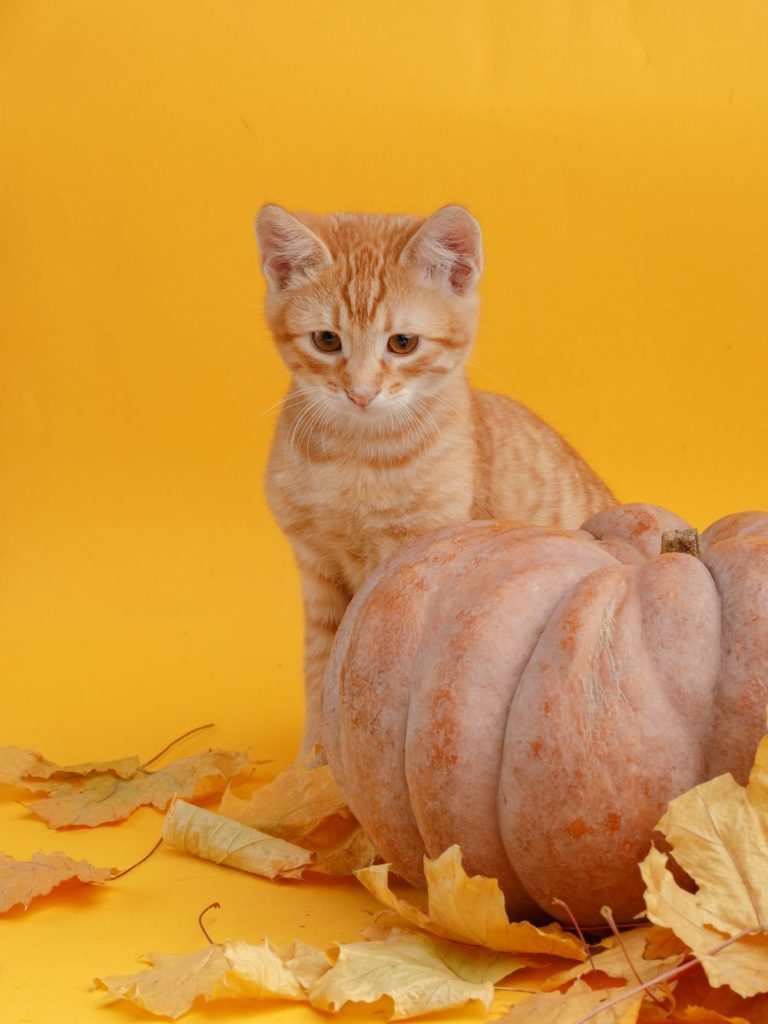 While falling, cats will extend their limbs. This will let them slow down their terminal velocity at 60 miles per hour.

If a human jumps out of the same height, his terminal velocity would be at a deadly 120 miles per hour. It’s twice the speed allowed on interstate highways.

But as much as cats can jump to great heights in split seconds, they tire easily. You can’t expect them to jump multiple times like a rabbit.

How High Can A Cat Jump Over A Gate Or Fence?

Since cats are notorious jumpers, they can easily leap from a low fence. A fence that’s lower than 5 feet is easy-picking for a healthy adult cat. They can jump off the fence even without balancing at the top.

When it comes to higher fences, the cat can dig its claws through it until it has climbed the entire height. The same goes for gates and similar enclosures.

Aside from barely jumping off the ground, cats can use some objects around the fence as leverage.

For example, an AC compressor beside the fence is a perfect springboard to get past the barrier. And if you have a high jumper, the fence is just a simple task.

You should also be careful about leaving the balcony door or window open. Something may catch your cat’s attention and slip in the process. Although 90% of cats can survive falls from considerable heights, some can sustain serious injuries. This is more critical for older and sick felines.

Why Is My Cat Randomly Jumping In The Air?

Cats are mysterious beings, so they sometimes act weird. If your cat is jumping and darting in the air, there might be something that they are trying to reach.

It could be a small insect that you can’t see from afar. This makes your cat appear as if it’s chasing the wind by jumping.

Also, cats tend to have bursts of energy called zoomies. Aside from horizontal speeding, your cat may jump in the air, too, especially if there’s a hanging object that they are targeting.

It’s also possible that your cat got startled so bad that it looks like it levitated. As ambush predators, cats use the sudden jumping motion to claw prey.

Their forelegs propel them upward, which can be triggered when they are scared or startled. It’s also the cat’s forelegs that respond to threats, which leads to sudden jumps.

Is It Dangerous For Cats To Jump Too High?

Although the jumping skills of cats are one for the books, it also entails danger. Many cats survive a fall, but others can become heavily injured. 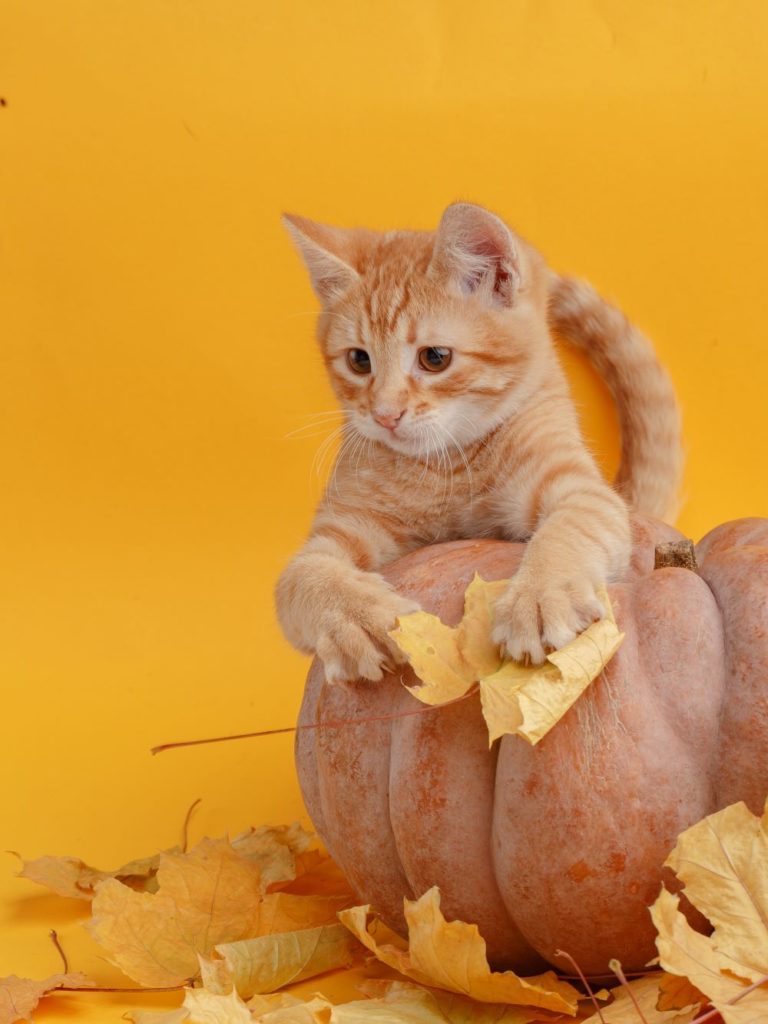 But one of the major concerns over the jumping habit of cats is their tendency to topple things. Indoors, cats can toss vases and other fragile objects.

Since cats don’t always land on their feet, their jumping habits can be annoying.

Also, the falling objects might hurt the kitty in the process of jumping. Remember, cats won’t sweep off a broken vase or glass. They may step or fall on it, which can cause injuries. If your cat’s jumping is getting out of hand, you can ask the vet for some advice.

How To Prevent A Cat From Jumping On Places It Shouldn’t?

There are a number of tricks to keep certain areas free of cat jumping.

Cats do not like sticky stuff so if you put a double-sided tape on the surface, they will eventually stop jumping on it.

Covering the surface with aluminum foil will prevent cats from jumping on the particular area because cats do not like how aluminum foil sounds or feels to their paws.

You can use commercial products formulated to deter cats. It usually involves a specific kind of smell that cats detest. 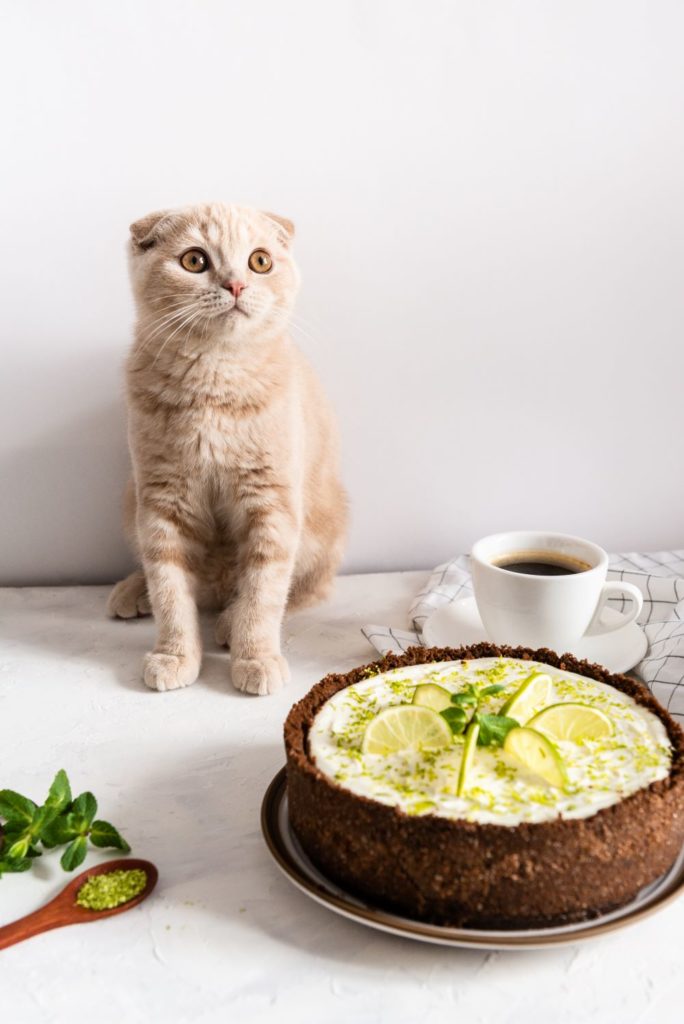 How high can a cat jump? Your cute house cat can actually leap at the height of five feet.

Also, cats have a higher chance of survival when falling from buildings than humans because of their flexible musculoskeletal system! However, you should not allow your cat to jump around randomly because the jumping habit can damage objects at home. Also, some cats can use this skill to jump over the fence.