When is kitten season, you ask? Well, it’s the time of the year when a lot of kittens are born. This occurs during warmer months as mother cats go in heat. It’s attributed to the heat cycle of feline and their two- month gestation period. Take note that female cats can reproduce at any time of the year, but not many are eager to mate during winter.

While the kitten season is filled with cute furry babies, it’s also a challenge to many pet owners who are tasked to take care of the litter.

What is kitten season?

Kitten season is the time of the year when a lot of kittens are born. Most mother cats go in the heat after winter when the weather starts to get warm. With that, spring becomes notorious as the ‘kitten season’, which is something vets, shelter workers, and pet owners prepare for. This season lasts from March through October and will vary in different countries based on when the warm months start.

And after 58 to 67 days, new litters will be born, which can be a problem for multi-cat households that can’t accommodate more kitties.

Also, the kitten season can be a difficult period for rescue shelters. During this time, a lot of kitties are being surrendered because the owners can’t take care of more cats.

Due to the sudden rise in the kitten population, many end up in shelters while others are euthanized if not adopted. According to The American Society for the Prevention of Cruelty to Animals (ASPCA), about 90% of all the kittens that enter Los Angeles shelters are products of the kitten season. Kittens that are considered at-risk (under eight weeks old) will be euthanized, while those that land in kill shelters will be put to sleep if not adopted within a specific time allowance.

During kitten season, rescue shelters and animal protection organizations encourage aspiring pet owners to foster or adopt a cat. This way, the kitten season won’t be the see the killing of thousands of kitties that could have been given a forever home through adoption.

Why is there a kitten season?

The kitten season happens as part of a cat’s heat cycle. While female reproductive cats can bear a litter at any time of the year, they are more sexually active during the warm season. Take note that cats can get pregnant for as young as five months. Also, it only takes a single male to impregnate a handful of cats at a specific time.

The feline biology is the culprit behind the kitten season. Still, there are ways to avoid or lessen the impact of the kitten season to rescue shelters and vet clinics, which I discussed below.

The kitten season is a severe problem because each female cat can produce an average of 4 to 6 kittens per litter. And if you have ten cats, you will have about 40 to 60 kittens in an instant. Overpopulation will ensue fast because nursing mother cats can also get pregnant in just a matter of weeks after giving birth.

How to prepare for kitten season

The kitten season can be a problem for a lot of pet owners with intact females. If you don’t want any more kittens or at least wants to be prepared, you should keep the following points in mind:

If you’re not prepared to be a mother to more kittens, consider getting your female cat spayed. This will stop your kitty’s reproduction, so there wouldn’t be more litters. It would be best if you did this while your cat isn’t in heat, but you can always seek the help of a vet about the right time to spay.

Take note that cats being surrendered to shelters are often being spayed or neutered to prevent the onset of the kitten season. It also prevents both the male and female cats from seeking each other.

During the kitten season, a lot of shelters are full of newly surrendered litters. To help them free up more space for unfortunate kittens, you should consider fostering one. When we say fostering, you are going to take the kitten home and give it proper care for a pre-determined period of time. This is while the shelter looks for a potential forever home that’s willing to adopt the feline. You can also adopt the cat later on if you wish.

Fostering kittens during the kitten season is a noble cause, and some shelters will reimburse the expenses. With or without the reimbursement, caring for a kitten is a learning experience.

The kitten season will make a significant dent on the resources of rescue shelters. If you can’t foster or adopt, donate supplies or money. Anything will go a long way for kittens. To be sure, contact the shelter and ask what their needs are so you can donate the right thing.

During the kitten season, you can still help without adopting or dropping a donation. Share the adoption or fostering page of the local shelters online. This will help reach those who are willing to bring the kittens home.

Do cats have kittens in the winter?

Yes, cats can get pregnant and bear litters during winter. Although this is already outside the kitten season, many female cats tend to cycle all year round. Indoor cats are more likely to get pregnant during winter, especially if living with an intact male. Since indoor cats don’t get enough sunlight, their circadian rhythm doesn’t go with the flow of the natural estrus cycle.

Kittens born in winter will be challenging to raise because of the freezing temperatures. As you know, kittens can’t regulate their body temperatures, so they should be kept in a warm place and their mother’s care.

Where to find cats that just gave birth

During the kitten season, queens (female reproductive cats) will be giving birth just about anywhere. You may find stray cats with their litter on the sidewalk or a nearby bush.

Queens will usually look for a hidden and safe place to give birth. This is an instinct to protect the litter from predators that may smell blood and newly born kittens.

Remember that queens are anxious during birth and it doesn’t like noise if you have a cat that’s about to give birth, set up a quiet corner in your home with comfortable bedding. Avoid moving the kittens and let the mother cat do its job.

Cats will usually hide in drawers, piles of cardboard, wardrobes, and warm spots. Often, these are spots where no one can touch the kittens or observe them while giving birth.

When are kittens available for adoption?

Kittens shouldn’t be separated from its litter until it’s 8 to 12 weeks. During the kitten season, you can easily find kitties that are up for adoption in the nearest shelter in your area. If you want a kitten that’s not on the ‘at-risk‘ stage, it’s best to wait for 13 weeks before bringing it home.

Remember that kittens under eight weeks must remain within its litter. This way, the kitten will get ample nutrition from its mother. This is the case even if the shelter is crammed during the kitten season.

Shelter workers and vets will surely advise if it’s safe to bring a specific kitten at home. However, if the kitten is abandoned or rejected by its mother, it will require intensive care through bottle-feeding and round-the-clock monitoring.

When is kitten season? This happens during the warmer months of March to October. Female cats go in heat and reproduce simultaneously. At this point, there would be an influx of kittens surrendered on local shelters. The good thing is you can do something to help so you can help a kitten find a home. If you can’t adopt, donating or fostering are good options as well. 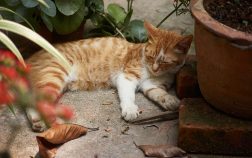 So you’re planning to bring a new kitten home? Knowing how to raise a kitten can be challenging, especially for first-time cat owners. It … Read More 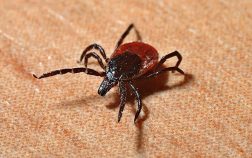 Ticks are blood-suckers that can harbor on your cat’s coat. It can cause a slew of skin and coat problems, even health complications, if … Read More 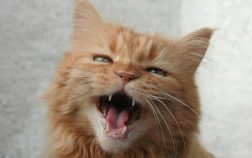 Why does my cat meow when I sneeze? A human sneeze is loud and often startling for a kitty. This is the reason why … Read More