How to cut guinea pig’s nails? Nails of the guinea pigs are growing continuously like us humans.

In the wild, they tend to file these, which is why their nails are trimmed.

And let me tell you these:

As for domestic cavies, we, the pet owners, need to make an extra effort to cut our beloved pet’s staples.

Some clippers are specially made for cavies to cut their nails.

Some people find it hard to use (and that includes me) because the rounded blades are difficult to use.

Toenail clippers are that I am suggesting because it is more straightforward to use.

This article will let you learn more about guinea pigs and the steps of cutting a cavy’s nail.

So without much delays, let us delve right into the discussion!

For you to do extensive care for your cavy, you must groom it regularly.

Since domestic ones do not have the capability of trimming their nails by themselves, you should learn how to do it by yourself as to its owner.

So, how to cut guinea pig’s nails?

Here are the following steps that you should do:

The first thing that you must secure is a nail clipper you are comfortable using.

It would help if you took note the human clippers tend to squeeze your pet’s nail before trimming, and that would surely be painful for it.

All you have to do is be gentle and do not use brute force, for the guinea pig might hate the whole idea of nail trimming.

If it hates it, you won’t have any more chances of cutting it down.

You can use an animal clipper because it is designed not to squeeze your guinea pig’s nail before cutting.

This kind of clipper is guillotine-style and more open, unlike human clippers. If you do not have one, there are many available in the local pet stores.

As an option, you can test the two kinds of clippers and see where your pet is more comfortable with.

Be careful in doing it so that the quick (reddish part of the nail) won’t cause any bleeding.

It is best if you are in a well-lighted place so that you can see well and avoid harming your beloved cavy.

Step #2. Be ready to have corn starch by your side

I guess you are wondering why do you need this one, right?

Well, there is a story behind this corn starch thing and about my beloved pet.

I have an adorable guinea pig, and her name is Ginger.

One sunny morning, I decided to trim down her nails, and yeah, I was not very careful in doing it, so her nails bled!

I cut her nails way too low, and that was the main reason for the bleeding issue. I have hit the quick, and because of that, she had her nails bleeding none-stop.

I then remembered that Ginger’s vet told me about what to do in this kind of situation.

Luckily, there was still a pack of corn starch left in the kitchen, which helped me stop the bleeding.

A styptic powder is also a useful thing that you can use, but I suggest that if you have corn starch, that would be more practical on your part.

Flour can also be used as an alternative, and I know that it is readily available and very much accessible in most households.

The first time that I tried to trim Ginger’s nails, she was very much not comfortable about it.

What I did was restrain her using a towel. That action was helpful for me because I made her stop moving while I do my job.

The same towel should be used in the next session because that would be a consistent move.

I also believe that it would make your cavy more comfortable since it is familiar with it.

In that way, your guinea pig will be less restless and be satisfied with its position.

Step #4. Select a leg and pull it out

I would have to tell you beforehand that guinea pigs will surely wiggle when you do this.

If this happens, you have to let it go and wait until your pet calms down.

Once your pet stays still, steady the nail between your thumb and index finger.

Do not apply too much pressure because it might hurt your pet and cause it to move uneasily (which will make your job harder).

Do not force your cavy so that you can continue the trimming process without any problems.

Step #5. Get a nail clipper

Using the hand which is not holding the guinea pig, pick up the nail clipper.

Before you start, make sure that you first identify the quick in the nail to avoid the possibility of hurting your pet.

A clear nail will make your job more comfortable because you can see the quick quite fast.

With dark nails, you will have to estimate not to cut the nail’s brief so that there won’t be any bleeding.

If you hit the quick, it would be a painful scenario for your pet, so make sure you do it very carefully.

Step #6. Proceed with cutting the rest of the nails

If you have already identified the quick, you can now be fast in trimming the rest of the nails which are not cut.

If you notice that your cavy is restless, stop your session and wait again until it calms down.

Step #7. Bring back the guinea pig into its cage

After you have done all of the nails, put your cute and tailless rodent back in its cage and clean up the trimmings.

If it is your first time cutting its nails, do not be upset because I am sure that cavies will tend to move when you push to hold them down.

For the final words, you have to clip the nails of guinea pigs at least once a month, but you can do it more often if necessary.

If you do not groom your beloved pet by cutting its nails, these will grow long and may curl up.

I am sure that it is something that you won’t want to see because it is very untidy.

Regular clipping can make your pet’s nails right, and the quick won’t elongate as the nails grow longer.

As a pet owner, be sure to take good care of your cavy to avoid injuries and other adverse effects of curled up and untrimmed nails.

May you have learned a lot about how to cut guinea pig’s nails in this blog post, and thank you very much for reading! 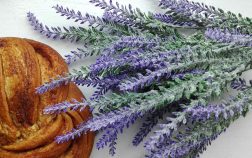 Can guinea pigs eat lavender? Well, the most definite answer is yes. Your small fuzzy pets can most definitely safely eat and enjoy the … Read More 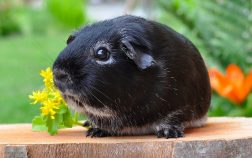 Can guinea pigs eat plums? Of course, they can. Behind this mouth-watering fruit are tons of benefits that are essential for your growing pet. … Read More 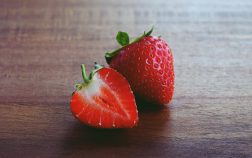 Can guinea pigs eat strawberries? Of course, they can. In fact, they love this fruit. One thing that is great about guinea pigs is … Read More